#GIVEAWAY: ENTER TO WIN PASSES TORONTO, MONTREAL & CALGARY TO SEE “AS ABOVE/SO BELOW”

Universal Pictures Canada and Mr. Will want to take Toronto, Montreal and Calgary Readers to a Screening of the terrifying AS ABOVE/SO BELOW on Thursday, August 28, 2014!

A team of explorers delve deep into the twisting catacombs that exist under the streets of Paris. When they venture into an uncharted maze of bones, they discover just what was supposed to be contained in this city of the dead.

This is a journey into madness and terror that goes deep into the human psyche to reveal personal demons that come back and haunt us.

http://www.mrwillwong.com/asabovesobelow @MRWILLW wants us to #win Passes to see #ASABOVESOBELOW! In theatres 8/29! 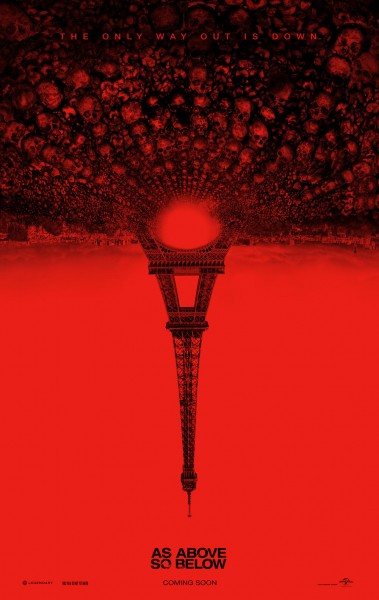 Universal Pictures Canada release AS ABOVE/SO BELOW ON Friday, August 29, 2014.

as above so below

Click here to cancel reply.
#SPOTTED: MILOS RAONIC IN TORONTO FOR ROGERS CUP
#GIVEAWAY: ENTER TO WIN A COPY OF ARIANA GRANDE’S “MY EVERYTHING”