WE LOVE THE RACES!  The Story behind 50 to 1, directed by the Academy Award-winning Producer of Dances with Wolves, holds a dear place in our hearts.  Longshot Kentucky Derby Winner MINE THAT BIRD overcame all odds, shocking the World to win North America’s most famous Horse Race in 2009. The Horse began his racing career here at Woodbine Racetrack in Toronto, providing him a solid foundation to compete against the World’s best. He was purchased for only $9,500, going-on to win a stellar $2.2 million, defying all expectations to place in the Top Three of all three American Triple Crown races – a rare feat.

Sony Pictures Home Entertainment Canada + Mr. Will want to give Canadian Readers a chance not only to own 50 to 1 on DVD, but also win an official Kentucky Derby Prize Pack!

Official Synopsis:
A misfit group of New Mexico cowboys find themselves on the journey of a lifetime when their crooked-footed racehorse qualifies for the Kentucky Derby. Based on the inspiring true story of Mine That Bird, the cowboys face a series of mishaps on their way to Churchill Downs, becoming the ultimate underdogs in a final showdown with the world’s racing elite.  Skeet Ulrich, Christian Kane and real-life jockey of Mine That Bird, Calvin Borel star. 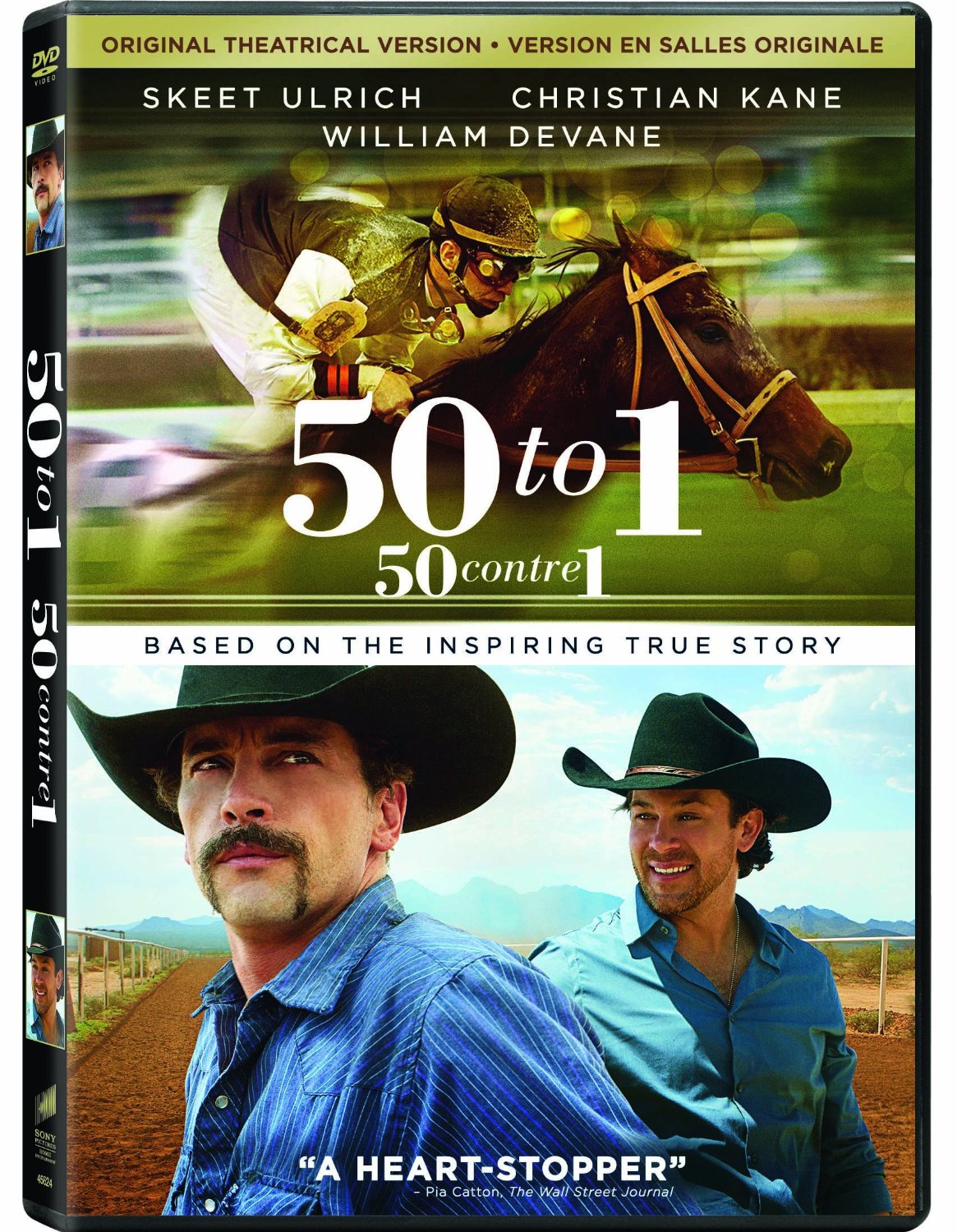