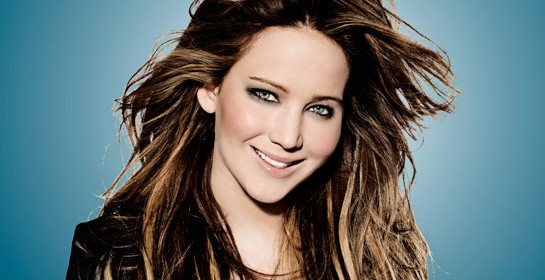 Some mixed reactions to Jennifer Lawrence‘s first time hosting Saturday Night Live last night.  The twice Oscar-nominated Actress started off strong with a hilarious opening Monologue poking-fun at the upcoming Oscars Race, going through each and every one of her fellow Nominees. “Ladies I love you all,  but you’re about to get served”, warns Lawrence before throwing wooly-mitten punches at each of the nominated Actresses. “Jessica Chas-ain’t-not-winning-no-Oscar-on-my-Watch“, she says about Jessica Chastain. On Naomi Watts, she says,  “You were in The impossible… you know what else is impossible? You beating me on Oscar night.”.  Neither the old nor the young got a break as she also went-on to ask record youngest-ever Nominee 9-year-old Quvenzhané Wallis, “What ‘chu talking ’bout Wallis?”. On Amour Star Emannuelle Riva, she doesn’t hold back one bit stating, “An 85-year-old French Lady? Umm… yah I think I can take you. You know what you can say to your Oscar chances? Emmanuelle Arrivaderci!”.  LOL  Of course all in good humour.

Performing alongside Musical Guests The Lumineers, Lawrence had a few bright moments such as the super-cute Top Dog Chef Sketch which had her dressed as a Yorkie and preparing a culinary creation for a panel of Judges.  One Sketch had her parodying The Hunger Games with herself as Katniss, before a panel of Reporters at a Press Conference asking burning questions which poked fun at some of the rules of the Games and also Lawrence and Co-Star Josh Hutcherson‘s height differences.  Bobby Moynihan took hunger to a new level  making all his questions about food because apparently he’s starving out there in District 12.   Truly versatile in reaching  young to old(er), Lawrence held her own in some of the more sex-oriented Sketches like Danielle, a deliciously trashy Parody of late-night French Soaps with horrible dubbing. Also, a Lincoln-inspired Sketch had her writing her Boyfriend-at-War  (Newcomer Tim Robinson) Love Letters, but it seemed all he wanted were Tit Pics.

Overall some good laughs, but it would be hard not to fault the Writers as Lawrence gave it her all, but last night’s Show still fell short of one real shining moment other than that awesome Monologue. This however is a true testament to us just liking Lawrence as Lawrence.
Watch the Monologue below (scroll to 7:45 mark):

Those of us in Canada, it shouldn’t be long before Global finally uploads their Page with Clips.

Check here in a bit.