Families dictated the Box Office this weekend, getting away to the movies to see HOTEL TRANSYLVANIA 3: SUMMER VACATION. Earning $42.2 million from 4,267 theatres for Sony Pictures. Overall, this puts the Film third in the Franchise, its best still going to 2015’s Hotel Transylvania 2 with a $48.4 million opening. Critics gave it 59% on the Tomatometer, while Audiences responded much more positively with an A- CinemaScore.

In second this weekend is ANT-MAN AND THE WASP with $28.1 million from 4,206 theatres after a strong opening last weekend. Thus far it has grossed $132 million for Marvel/Disney.

Debuting in third is SKYSCRAPER starring Dwayne “The Rock” Johnson with $24.2 million for Universal Pictures from 3,782 theatres. It gets 51% on the Tomatometer and a B+ CinemaScore.

INCREDIBLES 2 lands in fourth this weekend with $14.5 million in its fifth week out for Disney/Pixar. Domestically it has made an outstanding $534 million.

SORRY TO BOTHER YOU debuts in seventh with $4 million from 805 theatres for eOne Films/Annapurna Pictures. The critically-acclaimed debut by Director/Writer Boots Riley gets 95% on the Tomatometer.

Nothing short of ‘incredible’!  INCREDIBLES 2 debuts atop the Box Office in its bow this weekend taking $175.3 million from 4,410 theatres for Disney/Pixar. Not only does it get a rare A+ CinemaScore from Audiences, it gets also a 94% on the Tomatometer. By comparison to its 2014 Predecessor, it more than doubles the intake of that one’s $70 million debut.

TAG opens in third with $13.7 million from 3,382 theatres for Warner Bros. The star-studded Comedy starring Jon Hamm, Jeremy Renner, Ed Helms and more, is based on a true story, and gets 57% on the Tomatometer and a B+ CinemaScore.

HEREDITARY in its second week out makes $6.5 million for A24 Films/Elevation Pictures, a total $26.6 million.

SUPERFLY debuts in seventh spot for Sony Pictures with $5.6 million from 2,220 theatres. The Cult Classic Reboot gets 54% on the Tomatometer and a B+ CinemaScore.

BOOK CLUB rounds-out the Top Ten with $2.2 million for Paramount Pictures. It has made $62.2 million in its domestic run.

Canada has every reason to be proud!  Toronto-raised, Chinese-born Domee Shi becomes the first ever female Director to helm a PIXAR Short in BAO, which plays before The Incredibles 2 in theatres next weekend when it gets released. The Short deals with the issue of depression for an empty-nesting mother who gets a second chance at motherhood when one of her handmade dumplings comes to life! How adorable.

Unsure if you’ve seen it yet, but here is a Teaser:


We spotted Shi out and about promoting her work today as she did the rounds in Toronto! Definitely a name to look-out for! 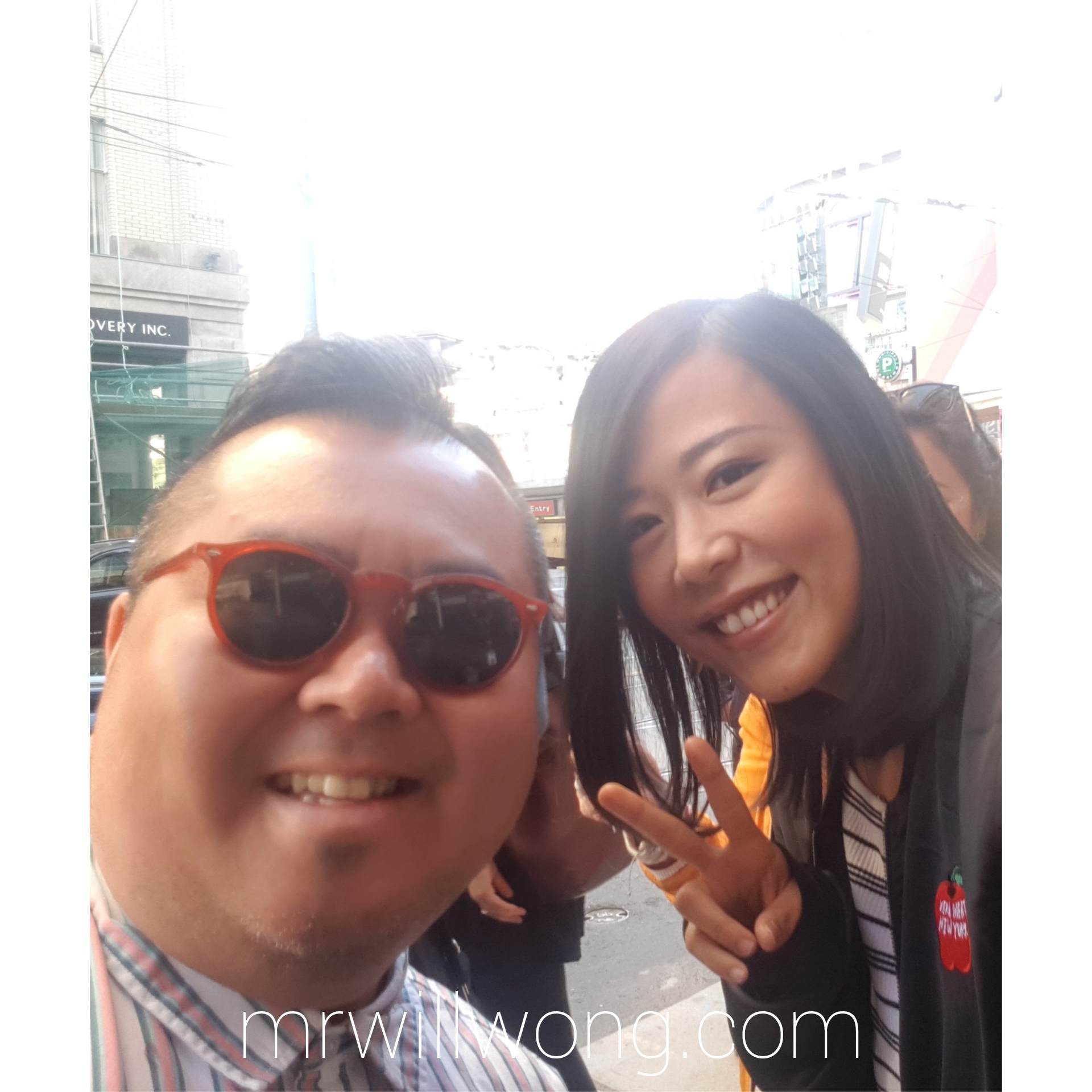 The year that was 2017 is almost over and that means we have an entire slate of 2018 Movies to look forward to. Whether you’re a fan of animation, superheroes, or space cowboys one studio has the answer to all your dreams: Walt Disney Motion Pictures Canada. As the home of Marvel, Star Wars, Pixar, Disney Animation and Disney Live Action among others, they are host to the Must-See Movies of 2018 than you can shake a lightsaber at.

Before you start trying to figure out how Coco fits into the greater Pixar universe or prepare to jump to lightspeed in anticipation of December’s Star Wars: The Last Jedi, the team here at Mr. Will Wong has your inside scoop to everything Disney in 2018.

Kicking things off in February, Chadwick Boseman returns as the eponymous hero in Marvel’s Black Panther. The action moves to the kingdom of Wakanda where T’Challa’s enemies are conspiring to take down the new king. Director Ryan Coogler has assembled a star-studded cast featuring a villainous Michael B. Jordan as Erik Killmonger, and Lupita Nyong’o and Danai Gurira members of Wakanda’s elite all-female special forces.

Madeleine L’Engle’s 1962 book A Wrinkle in Time can be found on the shelves of countless children and movie critics around the world. In March, Oscar-nominated Director Ava DuVernay will tackle this timeless Novel with a Cast featuring Mindy Kaling, Chris Pine, Oprah Winfrey and Reese Witherspoon. Frozen’s Jennifer Lee adapted this story of a girl who learns her father is being held captive on a distant planet decides to save him the help of her brother, a classmate, and a little interdimensional travel.

There is no end of excitement for May’s Avengers: Infinity War. This Movie will bring together heroes from all corners of the Marvel universe as they battle Josh Brolin’s Thanos.

One word has the ability to make all animation fans thrill: Pixar. In June Brad Bird returns to direct of one of the most highly anticipated animated, superhero Sequels in decades: The Incredibles 2. Joining Bob, Helen, Violet and Dash is baby Jack Jack whose powers manifested at the end of last Movie. Pixar is keenly-aware of never messing with a good thing and have reunited not only the Director and Cast but also many of the behind-the-scenes people including the Composer and Producers. Prepare to be dazzled but remember: no capes!

As the holiday season approaches, Disney hopes to enchant audiences with their take on a Tchaikovsky classic in The Nutcracker and the Four Realms. Most people will be thrilled to see Keira Knightley in the role of the Sugar Plum Fairy to Mackenzie Foy’s Clara. Devoted ballet enthusiasts will no doubt be more focused on the addition of Misty Copeland in this ballet inspired Movie. Morgan Freeman is along for the ride as the mysterious Drosselmeyer.

But wait, that’s not all! In May, head back to a galaxy far, far away when Solo: A Star Wars Movie hits the big screen. A third Marvel Movie is headed for theatres in July with Ant-Man and the Wasp. Finally, 2018 will definitely end on a high note when Emily Blunt and Lin-Manuel Miranda sing their way to the big screen in December’s Mary Poppins Returns.

That’s just a small taste of the wonders Walt Disney Pictures Canada has in store for fans next year. Small kids and big kids alike are sure to find something to love in 2018.