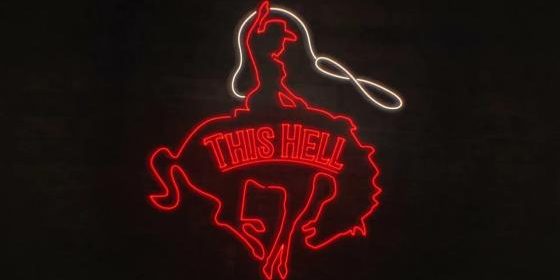 We’re still on a high from Rina Sawayama‘s amazing show in Toronto a couple weeks ago. She’s already ready to roll with this next phase ahead as she gets ready to embark on yet another Tour starting this Fall in the U.K., in support of her upcoming Album HOLD THE GIRL. This catchy bop recalls Prince in his Pop Music prime in the ’80s, maybe a dash of Shania Twain, and of course her nod to Lady Gaga is unmistakable. Her melodic sense and the tone of her voice. Fun!!

Our favourite line? “Fuck what they did to Britney/To Lady Di and Whitney“. YES.

We think we’re gonna live this new era ahead. Her last Disc SAWAYAMA from a couple years back felt a little more spiteful and she seems to have gotten all that out of her system and is ready to just have fun!

#SPOTTED: RINA SAWAYAMA IN TORONTO AT HISTORY FOR “DYNASTY TOUR”

British-Japanese Pop Sensation RINA SAWAYAMA has been raring to go and after several setbacks during the Pandemic, is now in high gear on her Dynasty Tour. The Tour in support of her debut album SAWAYAMA has been selling-out city to city and in many instances requiring venue upgrades.

Sawayama played a 16-song set spanning material from her debut EP, latest Disc and new unreleased material. She even got the Toronto audience to sing her mother in Japan, “Happy Birthday”!

The talented Entertainer spreads a message of self-love and acceptance, especially to those who deal with prejudice on the daily. She sported a rainbow flag during her track “Chosen Family” reaffirming herself proudly pansexual. The Track also has been released as a duet version with Elton John. We were thoroughly impressed how polished a show she put on and the audience couldn’t have had more fun!

After collaborating with Lady Gaga on a Remix of “Free Woman“, Sawayama is rumoured to be joining the icon on her upcoming Chromatica Tour this Summer.

Some snaps from Sawayama’s second ever show in Toronto, and first show at HISTORY. We did meet her quickly earlier in the day although she was in a rush, waving over. One day we’ll get that Selfie!

See Sawayama perform “Happy Birthday” with the audience, and “Cherry“, which she calls her ‘coming out song’.