For a second straight week, ANGEL HAS FALLEN claims top spot at the Box Office. Its take of $13 million from 3,336 theatres this weekend is enough to claim the throne based on few new releases to surface. By end of Labour Day weekend, it will have made $45.9 million for VVS Films/Lionsgate Films.

In second spot is GOOD BOYS with $8.8 million in its third week out for Universal Pictures, a total $58 million grossed.

In third is Disney’s THE LION KING in third with $6.4 million, a total $522.7 million in North America over seven weeks.

READY OR NOT is in sixth with $5.8 million for Fox Searchlight, a total $21.7 million made over two weeks.

Rounding things out is THE ANGRY BIRDS MOVIE 2 with $4 million for Sony Pictures, a total $35 million over three week. 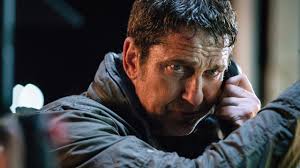 #GIVEAWAY: ENTER TO WIN ADVANCE SCREENING PASSES TO SEE “READY OR NOT”

Fox Searchlight x Mr. Will want to give Readers a chance to win Advance Passes to see READY OR NOT! Screenings take place as follows on Monday, August 19, 2019 at 7:00 PM:

Synopsis:
READY OR NOT follows a young bride (Samara Weaving) as she joins her new husband’s (Mark O’Brien) rich, eccentric family (Adam Brody, Henry Czerny, Andie MacDowell) in a time-honored tradition that turns into a lethal game with everyone fighting for their survival.