#SPOTTED: MAGIC! IN TORONTO IN SUPPORT OF “RUDE”

A Snowstorm couldn’t stop them from spreading their magic to Toronto. The City gives a welcome home to one of its hottest emerging Acts in the world of Pop Music, MAGIC!. The Quartet fronted by Nasri Atweh, is comprised of some of Toronto’s finest working Musicians Mark Pelli (Guitars), Alex Tanas (Drums) and Ben Spivak (Bass).  They play an intimate Show tonight at The Mod Club tonight.

In support of their Reggae/Ska-inspired new single Rude, which is heating-up the Charts hitting number two in Australia and landing in the Canadian Hot 100, they were out and about doing Radio appearances early today. Among their Stopoffs today were live performances on 104.5 CHUM, 98.1 CHFI and 92.5 KISS FM.  Amidst all the snow, Atweh was kind to invite me into the Lobby at an appearance for a few Snaps and well, it was pretty darn awesome seeing quickly of my old Buddies Mark Pelli, who is making us all proud!

In the event you’ve been trapped in the Polar Vortex and haven’t heard their insanely catchy Single, enjoy it below:

This is only the beginning for MAGIC! and believe me, we can expect huge things to come for our Boys. Can’t wait to hear their next Single! 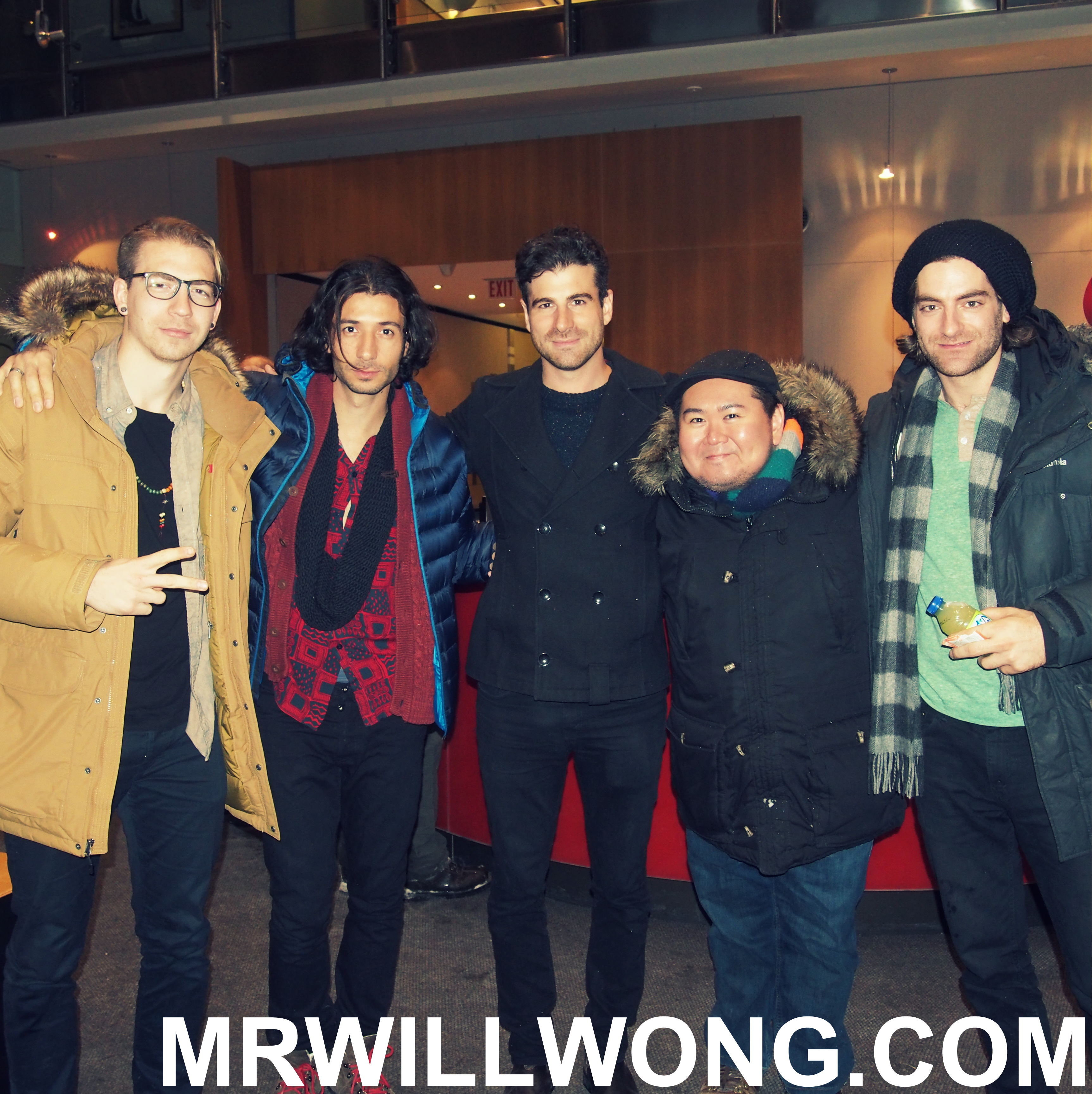 Already a Smash Hit in Australia, Canada’s next Breakout Act MAGIC! are set to do huge things! Their Reggae-infused debut Single Rude already is making a splash on our Airwaves, peaking in the Top 20 on the Canadian Hot 100. A perfect mixture of catchy Pop and Musical Substance.

Lead Vocalist Nasri, had a bit of a Solo Career going on with a couple Tracks in rotation of MuchMoreMusic a few years back, and he’s responsible for having co-written some of Justin Bieber‘s biggest Hits. And might I add, I know one of the Band Members personally having gigged with handsome Guitarist Mark Pelli back in the day!

Check-out the amazing Rude below: