Hot off her Academy Award nomination yesterday, here’s the new Trailer for MEN, starring Jessie Buckley. The Film is by Alex Garland who brought us Ex Machina and Annihilation.

In the aftermath of a personal tragedy, Harper (Jessie Buckley) retreats alone to the beautiful English countryside, hoping to have found a place to heal. But someone or something from the surrounding woods appears to be stalking her. What begins as simmering dread becomes a fully-formed nightmare, inhabited by her darkest memories and fears in visionary filmmaker Alex Garland’s (Ex Machina, Annihilation) feverish, shape-shifting new horror film.

#FIRSTLOOK: NEW TRAILER FOR “THE COURIER”

Based on true story, THE COURIER starring Rachel Brosnahan and Benedict Cumberbatch is coming soon! See this new Trailer.

THE COURIER is a true-life Spy Thriller, the story of an unassuming British businessman Greville Wynne (Benedict Cumberbatch) recruited into one of the greatest international conflicts in history. At the behest of the UK’s MI-6 and a CIA operative (Rachel Brosnahan), he forms a covert, dangerous partnership with Soviet officer Oleg Penkovsky (Merab Ninidze) in an effort to provide crucial intelligence needed to prevent a nuclear confrontation and defuse the Cuban Missile Crisis.

#GIVEAWAY: ENTER TO WIN A COPY OF “I’M THINKING OF ENDING THINGS”

From the Writer of Eternal Sunshine of the Spotless Mind, Charlie Kaufman, comes I’M THINKING OF ENDING THINGS. The Psychological Thriller is based on the acclaimed Novel by Canadian Writer Iain Reid. The Film Adaptation starring Jessie Buckley, Jesse Plemons, Toni Collette and David Thewlis arrives on Netflix this week.

To celebrate its release, we are giving Canadian Readers a chance to win a copy of the Bestseller on which it is based.

Charlie Kaufman, Writer of Eternal Sunshine of the Spotless Mind directs I'M THINKING OF ENDING THINGS, coming this Friday to Netflix. Your chance to #win a copy of the Novel on which it is based! https://t.co/whR25nZXoV pic.twitter.com/1bbTQDoRkj


I’M THINKING OF ENDING THINGS is out Friday, September 4, 2020 on Netflix.

From the brilliant mind of Charlie Kaufman (Eternal Sunshine of the Spotless Mind) comes this new Trailer for I’M THINKING OF ENDING THINGS!

Synopsis:
Despite second thoughts about their relationship, a young woman (Jessie Buckley) takes a road trip with her new boyfriend (Jesse Plemons) to his family farm. Trapped at the farm during a snowstorm with Jake’s mother (Toni Collette) and father (David Thewlis), the young woman begins to question the nature of everything she knew or understood about her boyfriend, herself, and the world. An exploration of regret, longing and the fragility of the human spirit, I’M THINKING OF ENDING THINGS is directed and written by Academy Award winner Charlie Kaufman (ETERNAL SUNSHINE OF THE SPOTLESS MIND). Inspired by Iain Reid’s bestselling namesake novel.

Based on the true story of businessman Greville Wynne (Benedict Cumberbatch) who, during the Cuban Missile Crisis, was sent by MI6 and CIA operatives to the Soviet Union to work with a mole Oleg (Merab Ninidze) and bring back documents.

This unflinching Political Drama pays tribute to the ordinary yet unbelievably strong and brave hero of the Cuban Missile Crisis. Director Dominic Cooke managers to bring something unique to the old Political Drama genre. The use of Lighting, Production Design and Cinematography elevates this important and heartbreaking story along with its stellar cast. Cumberbatch is at the top of his game as Wynne who teaches us that there’s humanity at the centre of every conflict, no matter how big. Jessie Buckley, who plays Wynne’s wife, gives a heartbreaking performance particularly in a scene where she finally gets to see her husband again. The rest of the Cast consisting of Ninidze, Rachel Brosnahan and more turns in memorable and powerful performances. 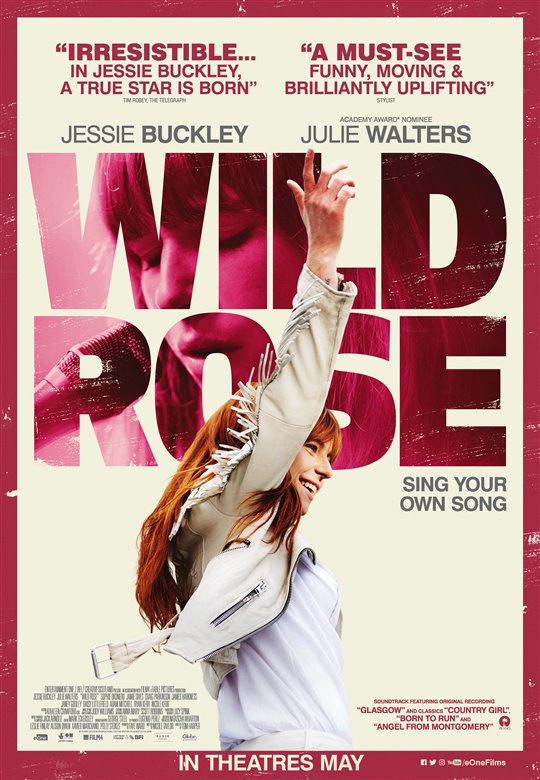 Rose-Lynn Harlan (2017 TIFF Rising Star Jessie Buckley) has always dreamed of becoming a country music star in Nashville, Tennessee. However, achieving her life’s dream seems like an impossible feat considering she is currently living in Glasgow, is a convicted criminal and a single mother of two. Wild Rose will have its World Premiere at TIFF in the Special Presentations category.

What make’s this Film stand out from other Country Music films is that it takes place somewhere you would never associate Country Music with, and it also has an unconventional lead character. Screenwriter Nicole Taylor has written a complex and authentic protagonist. And bonafide chameleon Jessie Buckley explodes Rose-Lynn on the screen like the most beautiful firework show.

Wild Rose will screen at TIFF Saturday, September 8 at 9:30 PM at Ryerson Theatre and Monday, September 10 at 3:15 PM at Scotiabank 1.