90210hMyGod!  Those of us who grew-up in the ’90s will remember obsessing Thursday nights over Beverly Hills, 90210. I’d agonize waiting on the edge known as the lives of Brenda, Brandon, Donna, Dylan, Steve and Kelly, providing enough Lunch Room Gossip to occupy much of my Teens.  The FOX Series was both the blessing and bane of my existence in that I adored the Series, yet often I’d stress what to wear on Non-Uniform Days (Catholic High School) because it dictated much of the styles of the Era for us.  Most of us wanted to be the Kids of Beverly Hills, 90210, which would go on to pave the way for successful Series like The O.C., Gossip Girl and Pretty Little Liars.

Toronto is fortunate enough to host the still incredibly-stunning Jennie Garth, who starred on the Series as Kelly Taylor – spoiled, troubled and intriguing at once.  In addition to having a v. steady career on TV since the Series ended, she more recently has starred on her own CMT Reality Series A Little Bit Country and also reprising the role she made famous on the revived 90210.

The Actress has been in-town for the past month filming ABC Family Movie Home Again, which has her starring alongside hunky Canadian Cameron Mathison.   The Movie, which is set to air November 2013, is about a successful Businesswoman who is sent to her Hometown to persuade the Locals on the idea of building a big Discount Store.  She tumbles down the stairs, waking-up in an alternate reality where she never left her Hometown, marrying her Childhood Sweetheart.  It sounds like Peggy Sue Got Married-meets-New in Town and I loved both! LOL

Garth has efficiently been dividing her time coast to coast, spending a couple weekends with her Kids back in California between her up-to-17 hour workdays in Toronto.  Fortunately, her beautiful Dog Pearl has been here to keep her company all the while and maybe even a little someone special.  Some local businesses also have won Garth over including Bakery Life is Sweet and Jazz & Blues Bar The Rex, which she has given shout-outs to via Twitter.

Myself and a couple Fans braved the chill and rain after spotting Garth‘s Trailer as she filmed downtown tonight.  It’s as if she hasn’t aged at all since the ’90s, her hair and make-up looking just perfect.  Locked-out of her Trailer, she took a quick moment to stop and pose for Photos before wrapping for the night.  Garth of course tells us she loves our City, confirming this being her second time here. She’s everything I thought she’d be. 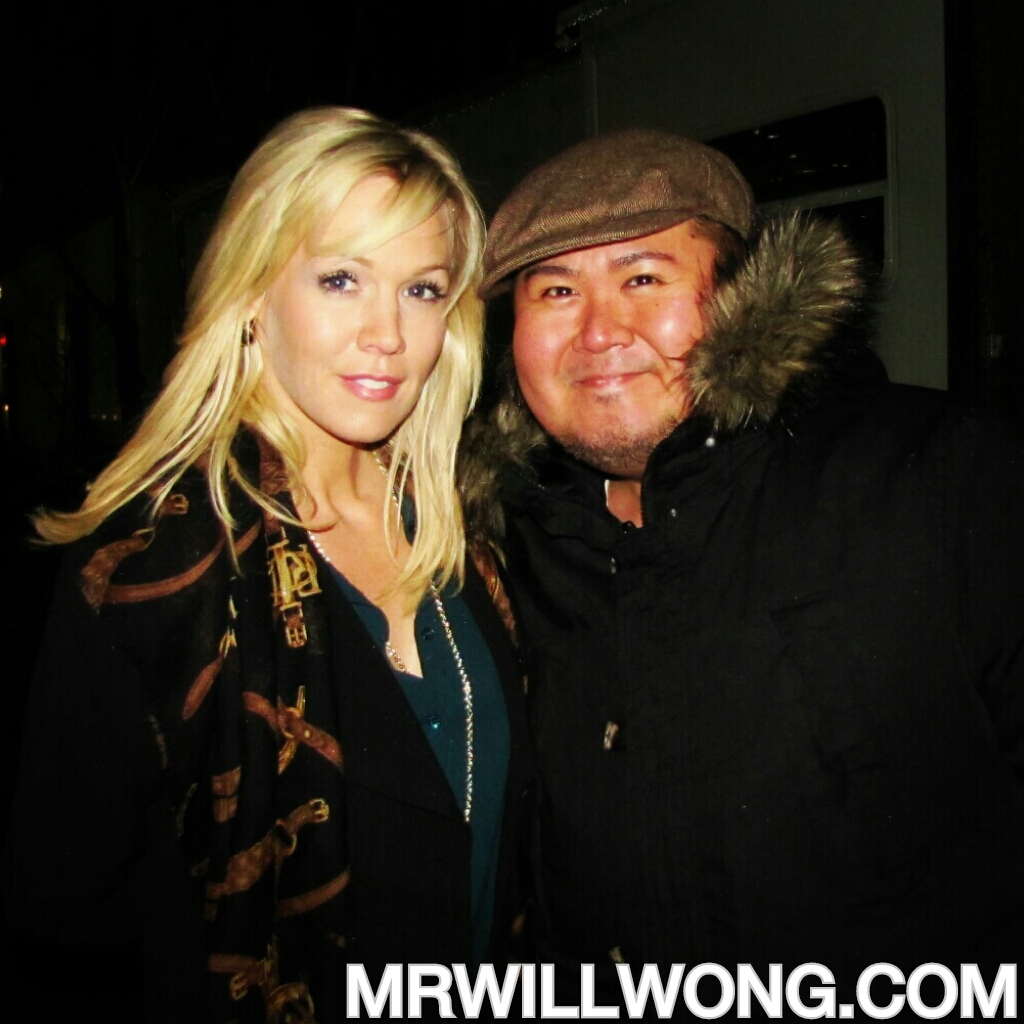