Maisie Peters is back with her brand new single, ‘Body Better’ – the first from her soon to be announced new album – out now via Gingerbread Man Records/Asylum. Listen HERE. Peters will be supporting Ed Sheeran on his upcoming Mathematics Tour!

Written by Maisie, alongside Ines Dunn (Griff, Mimi Webb) and producer Matias Téllez (girl in red, AURORA), ‘Body Better’ brims with more candour and vulnerability than ever before, showcasing the evolution of Maisie’s acclaimed diary-style songwriting to serve as a fitting entry point to the new record.

“Body Better is one of the most honest songs I’ve ever released, and definitely the most personal”, Maisie shares. “I wrote it after a breakup and it deals with the ugly things you think to yourself in the aftermath, when you’re painstakingly going through everything small thing you did and were and wondering what you could have changed. It’s a song about insecurity and vulnerability, about giving a lot of yourself away to someone who decides they don’t want it anymore, and knowing where to go from there.”

With 20,000 tickets sold across the UK and Europe this spring, Maisie is now set to perform her biggest shows to date, including Eventim Apollo on 27th April (which sold out in just an hour), a headline slot at Liverpool’s Sound City on 30th April and a homecoming show at Brighton Dome as part of The Great Escape Festival on 12th May, where – alongside Arlo Parks – she’s confirmed as one of the two 2023 Spotlight Shows. 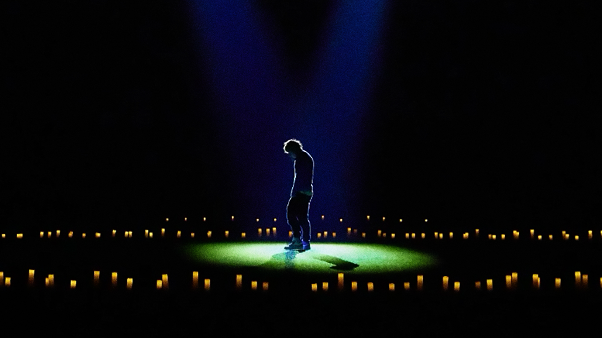 Ed Sheeran does a powerful tribute dedicated to his late friend Jamal Edwards.

Filmed at night at an empty Stamford Bridge, with Jamal’s name spelled out in the stands behind him – home of Chelsea FC, of whom Jamal was a lifelong fan – Ed’s 64-bar freestyle is fuelled by raw emotion, as Ed details the deep grief he’s experienced since losing his best friend last year.

“Last year we lost our leader and founder Jamal Edwards, MBE. It has been the hardest thing in the world to process as he was the driving force behind so much and such a bright light in all of our lives here at team SB.

Jamal had a unique connection with artists and creatives and was happiest when he was connecting and creating. His journey began locally but took him on a global adventure on the way forming unique bonds. One of these bonds was with long time friend and brother Ed Sheeran. From a tweet to a long lasting brotherhood.

With the return of the flagship series F64 Ed Sheeran kicks us off with a tribute to Jamal. At SBTV, we will continue to push and support British artists, bringing artists together in new ways. Jamal’s legacy will live on through his incredible achievements, SBTV and the Jamal Edwards Self Belief Trust.

Tanisha Artman, SBTV CEO ” We plan to keep everything in line with what Jamal started and was working on. SBTV will stay true to its roots and that will never change as we grow. Thank you to everyone that has supported us we are forever grateful. “

If you would like to be featured on sbtv please submit videos to – uploads@sbtv.co.uk

POKÉMON and ED SHEERAN together at last! A new Music Video has just been released for “Celestial“. Sheeran loves Pokémon and has collaborated with The Pokémon Company group on this Track. The special track will appear in the highly anticipated video games, Pokémon Scarlet and Pokémon Violet launching on November 18, 2022 exclusively on the Nintendo Switch family of consoles.

Ed Sheeran has teamed-up with Australian R&B Newcomer Budjerah on a Remix of his track “2STEP“. Check-out the Track below!

Budjerah tours this Summer with Vance Joy, with a date in Toronto! Dates and tickets here.

Ed Sheeran and Taylor Swift have teamed-up at long last on this gorgeous new version of “The Joker and The Queen” from Sheeran‘s latest LP “=”. Well if that doesn’t get you in the mood for love this Valentine’s Day, I don’t know what will! Sadly, our star vocalists don’t appear in the Video, but younger versions of themselves played by Ava James and Jack Lewis, do a fantastic job. Like watching a Movie!

Ed Sheeran is back and we’re loving this comeback single BAD HABITS and he’s definitely channeling JOKER in this stylish clip directed by Dave Meyers (Harry Styles – “Adore You”, Ariana Grande – “Positions”). Sheeran goes darker on this single and we are loving this new era already!

Ed Sheeran dropped a surprise track today. The Track, AFTERGLOW isn’t a single, it’s just a track he wanted to share with us all!

Sheeran left a note below:

“Hey guys. Afterglow is a song I wrote last year that I wanted to release for you. It’s not the first single from the next album, it’s just a song I love, and hope you love too. Enjoy ! Have a safe and happy festive break and New Year’s. Back to dad land for me now, ciao x“

Check out a one-take performance of it below:

#FIRSTLOOK: ED SHEERAN “NO. 6 IN THE 6IX” POP-UP STORE IN TORONTO

Ed Sheeran fans, your moment has come! Toronto Fans will get access to super-rare and awesome Ed Sheeran merchandise at his exclusive Pop-Up store available two days only next week. This will be the only of its kind in Canada.

Where: 277 Queen St. W, Toronto
When: Friday, July 12 & Saturday, July 13 (10 AM – 7 PM)
What: Ed Sheeran “No. 6 in the 6ix” pop-up store; Toronto fans will get a chance to purchase exclusive merchandise only being made available for two days or while supplies last

TORONTO🇨🇦Don’t miss @edsheeran‘s Pop Up Shop! Get access to exclusive merch to celebrate the release of his album No.6 Collaborations Project 🙌🎶#No6InTheSix

Pop megastars Ed Sheeran x Justin Bieber team-up for the first time ever on their collabo, I DON’T CARE. The anthem of love, which has some resemblance to Bieber’s Sorry, surfaced earlier this morning and should be a huge smash taking us into Summer! Bieber sings about being “crippled with anxiety” at a party, but he’s fine when he’s “with his baby” . Looking at you Hailey!

Check out the Official Video: