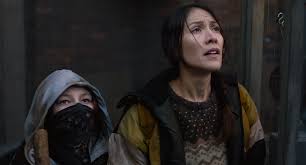 Premiering at TIFF ’21 and from Executive Producer Taika Waititi, we present to you the new Trailer for NIGHT RAIDERS by Danis Goulet.