Toronto finally gets a serious dose of Starpower this week and Selena Gomez certainly caps everything off in a huge way for us!  The Actress, Pop Star and overall Megastar arrived from Paris yesterday, causing a commotion at Toronto Pearson International Airport midday.  Fan reports indicate pushing and shoving, but alas all was safe and Gomez was spotted later in the day enjoying some Lunch at Hooters.  While we were at the Scotiabank Theatre Red Carpet Advance Screening of Now You See Me with Jesse Eisenberg, Gomez managed to sneak into the theatre almost unnoticed to enjoy a Movie on her Day Off!

Gomez was at it early today, doing a round of Radio Interviews including 104.5 CHUM FM, KISS 92.5 and 99.9 Virgin Radio and everywhere she went, she drew a huge crowd of her primarily female Fans.  Her Handler was awesome to keep order, having everyone line-up tidily in front of KISS 92.5 Studios after her appearance on the Roz & Mocha Show. No Fan left disappointed as quickly she made her way through the line, posing for Selfies with everyone.  Even Billy and I got a Snap with the Pop Princess and we’ve been longtime Supporters!  “Oh my God, he’s sooo cute!”, she says about Billy! 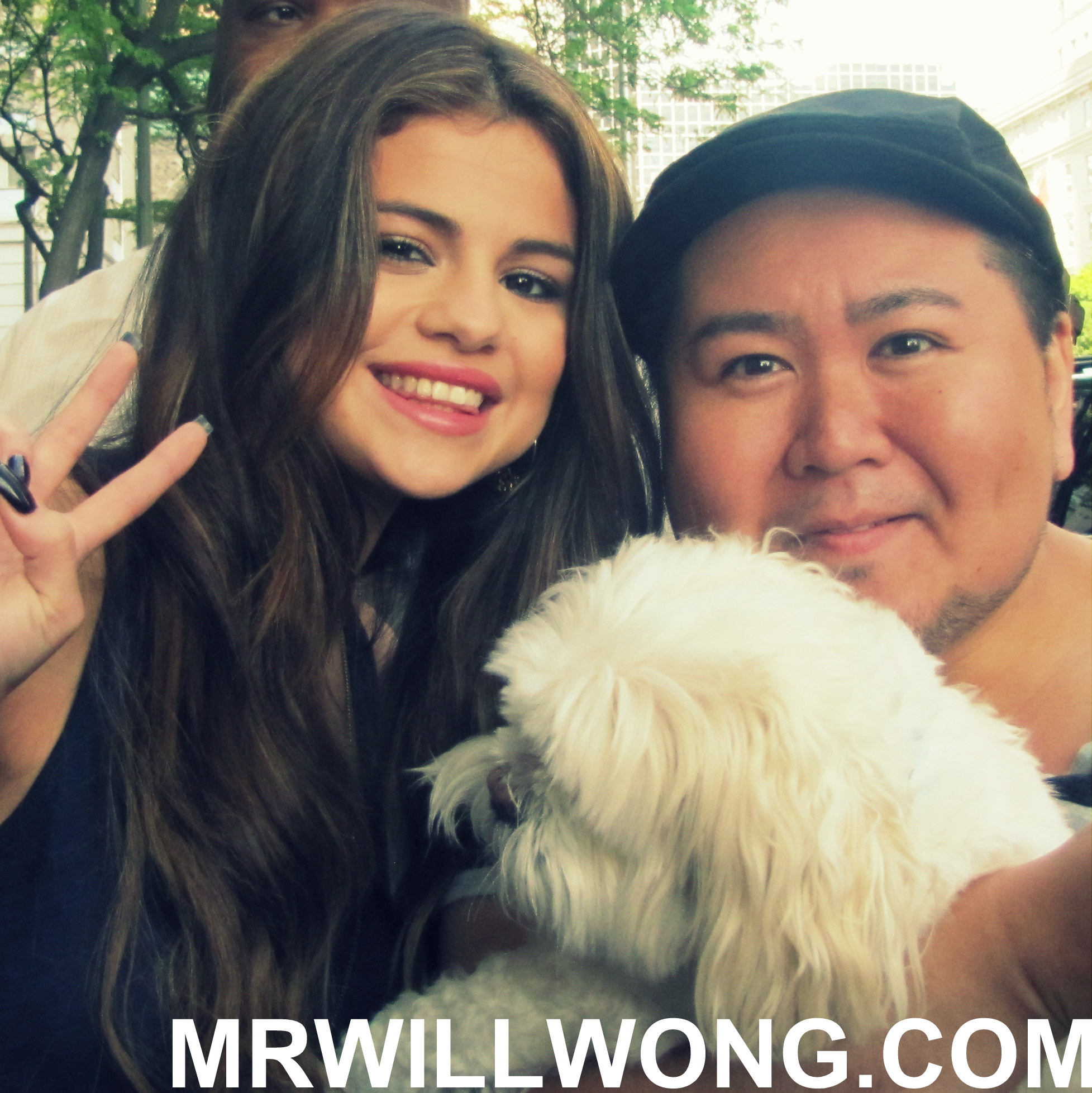 Gomez‘s first Solo Disc Stars Dance will get a Summer release via Universal Music Canada and we’re stoked from what we’ve heard.  First Single Come & Get It is a bit of a Top 40 Monster, already hitting reaching the Top Ten of both the Canadian and U.S. Billboard Hot 100 Charts!

Slow Down has been confirmed as the next Single from Stars Dance (Video shot in Paris).  The Disc is scheduled for Tuesday, July 23, 2013 via Universal Music Canada. Cannot wait to hear it!  Complete Tracklisting here.