Finally, Funnyman Russell Brand made his long-awaited Toronto debut tonight. We all remember that kerfuffle last year with his postponed CasinoRama Show, but this officially was his bow in the City and Fans were ecstatic.

Brand arrived in Toronto earlier this week before flying off to Ottawa for his Show last night. During his stay, the Star known best for his performance as fictional Rockstar Aldous Snow in Comedies Get Him to the Greek and Forgetting Sarah Marshall, was spotted multiple times by shocked Onlookers. The charismatic Brit was spotted at the CN Tower, The Distillery (Balzac’s Coffee Roasters), Royal Ontario Museum and he even was seen jogging our streets!

Although he was avoidant of Photo-seeking Fans for much of his stay, Brand on the way to his Show threw a quick wave, rewarding one lucky Fan his due Photo after seeing him a multiple times throughout the day, summoning him over for a  Snap and a quick peck on the face.  I was lucky too to get a quick Roll-down, hand-grasp and a Photo, although it didn’t capture the moment quite in time.  Boo!  “I’ve got to go to work!”, he explained to Fans-in-waiting about his one Photo only, declining them diplomatically. “This will have to be a true test of your Friendship!”.

Brand next can be seen in the Comedy Paradise alongside Julianne Hough this October.

Watch Brand interact with hoards of Fans outside Sony Centre for the Performing Arts tonight: 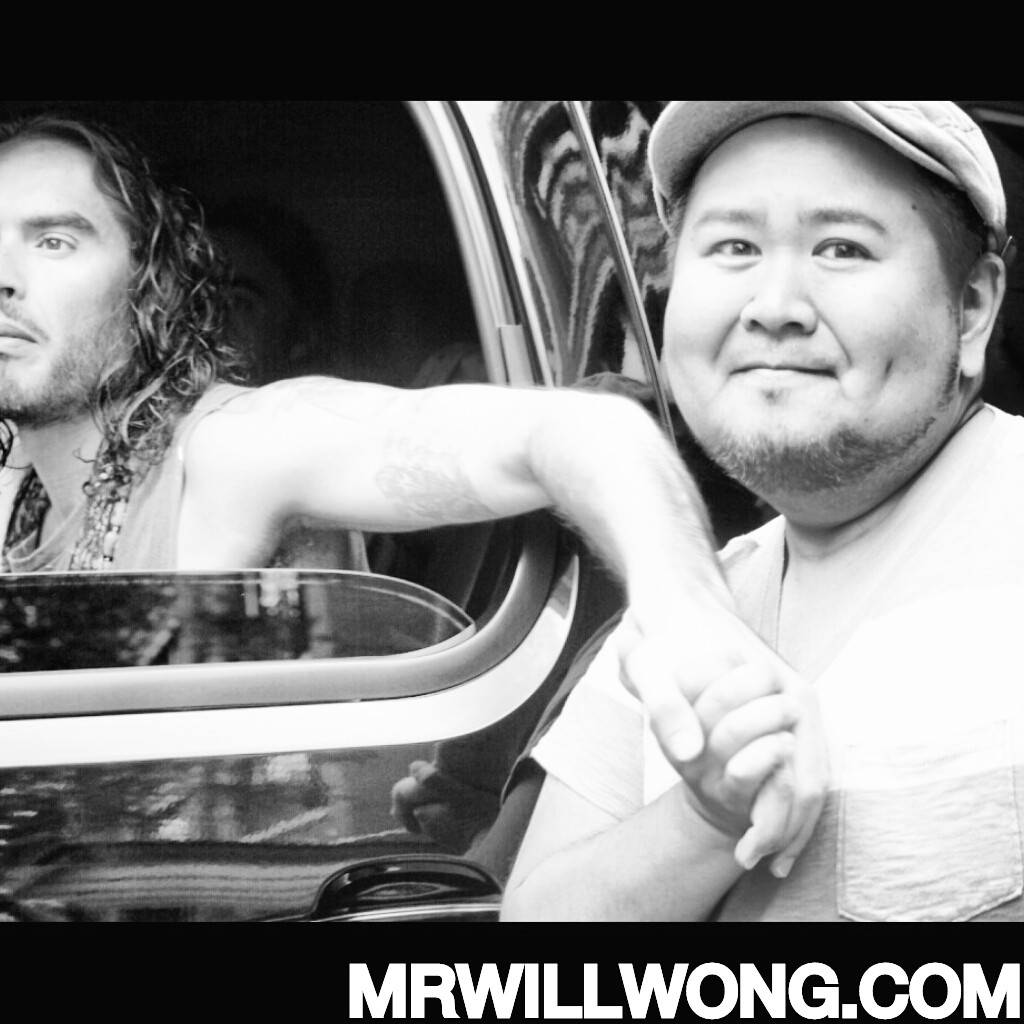