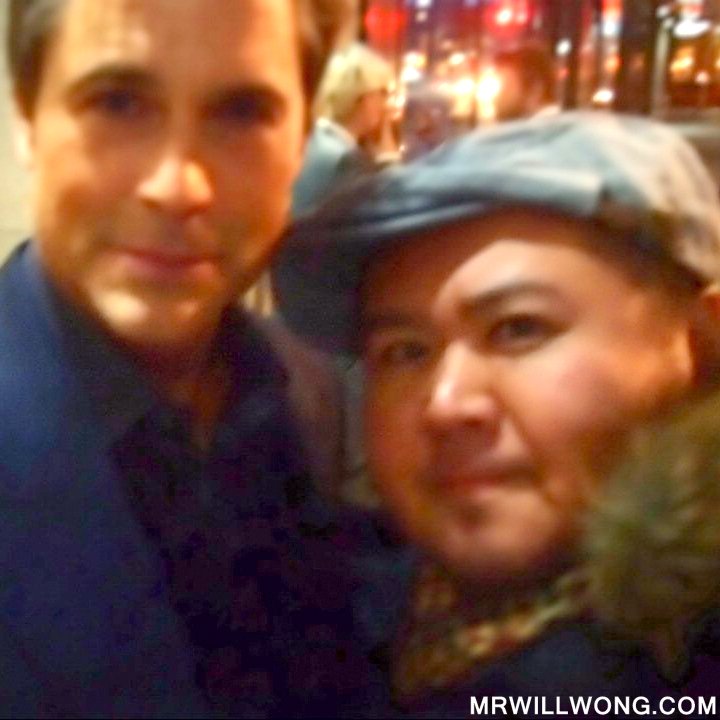 Look who I spotted on the way home!  Women (and Men) of all ages have fawned over Rob Lowe‘s handsome looks and gleaming Screen Presence. I know I have, at least! LOL  The Star of Parks and Recreation, The West Wing, Brothers and Sisters and era-defining Flicks  like St. Elmo’s Fire, Class and Youngblood, certainly is no Stranger to Toronto having filmed 2011 Hockey Comedy Breakaway here and having come back to support its Premiere at TIFF that year.

Work however, once again was Lowe‘s reason for visit as he was called upon to play hosting duties for the P&G Beauty & Grooming Awards held at The Carlu tonight, honouring the best in Canada’s Beauty and Grooming Industry.  Believe me, he drove the Ladies crazy tonight judging by some of the Tweets under the Hashtag #PGAwards and above this, it was revealed that Lowe‘s Wife Sheryl Berkoff, actually is a Makeup Artist too, with the Award for that particular Category holding a place close to his heart.

I was lucky enough to catch Lowe just as he was leaving the Event and heading into his Denali.  As expected, he was v. nice and game for a quick Photo and fortunately, I had just enough battery left of my Phone to snap it. A little blurry, but it’ll do!

Read more about the Awards here.