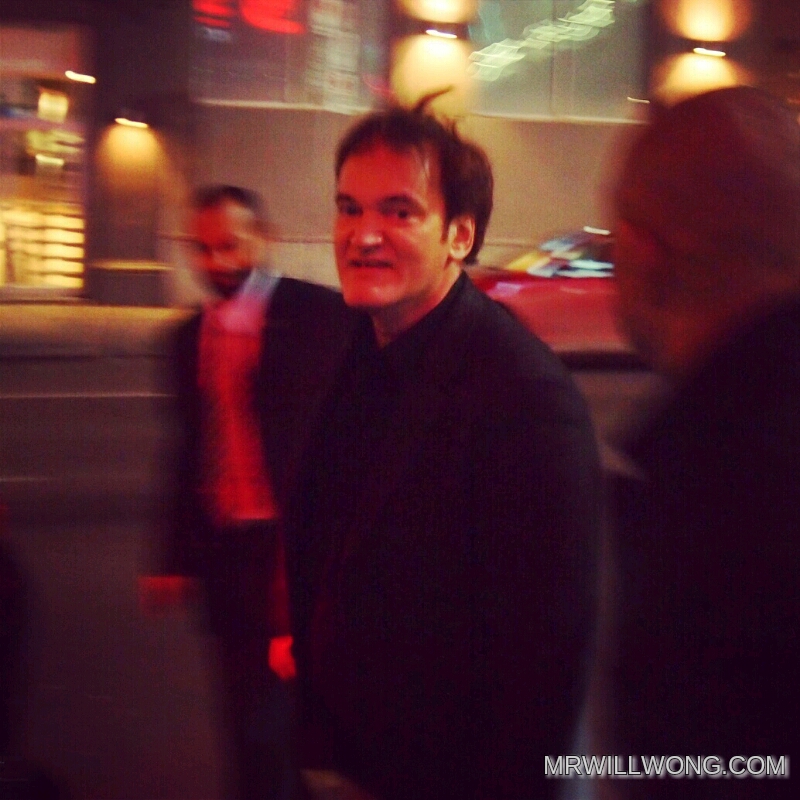 A Legend is before us. One night before the big Premiere of his DJANGO UNCHAINED in New York City, iconic Filmmaker Quentin Tarantino brought a Crowd out to Scotiabank Theatre tonight here in Toronto.  Journalists and Fans alike lined the Red Carpet tonight to catch a glimpse of Tarantino who hasn’t been in the City since premiering his Oscar-worthy Inglorious Basterds here back in 2009 at the same venue.

This new Action-Thriller-Drama centers around an enslaved Bounty Hunter’s revenge against the gross injustices witnessed against others – including his Wife – at the hands of a sadistic Plantation Owner. It stars a brilliant Cast including Jamie Foxx, Leonardo Dicaprio, Christoph Waltz, Kerry Washington and Samuel L. Jackson. Tarantino tells The Toronto Star‘s Peter Howell, “I feel shame for my Country that it happened”, on the topic of Slavery.

Measuring Fan reactions, the Filmmaker sat-in on the Screening tonight for well-over two hours before being escorted into his Escalade by two Security Guards.

Thanks to my dear Friend Keith McCalmont who was super-kind to send a Photo of Tarantino on the Carpet with another good Friend, Melissa DiMarco below.  And of course, I had to have my moment with Tarantino also, although when he reached over to grab my Camera to take a Selfie of us, the lens seemed to have been knocked out of its socket!  Oh well, if it was going to be one person whom it would be fitting to break my Camera, it definitely would be him!  Special thanks to John Vassal who was awesome to capture the moment on his Camera still! 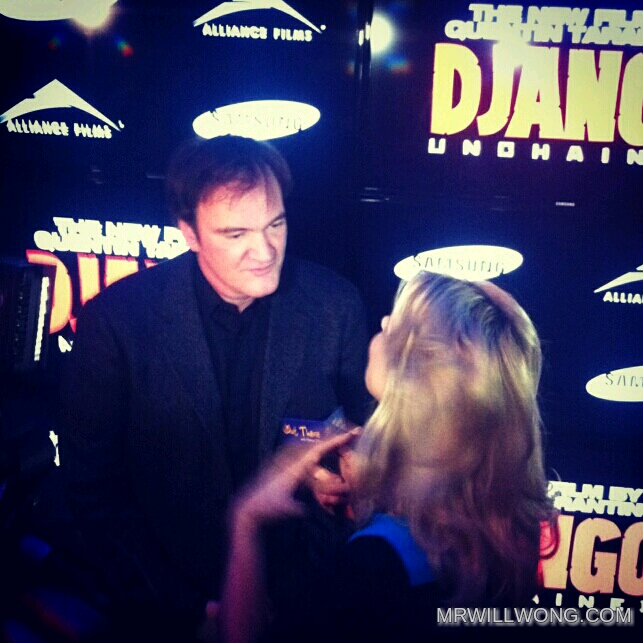 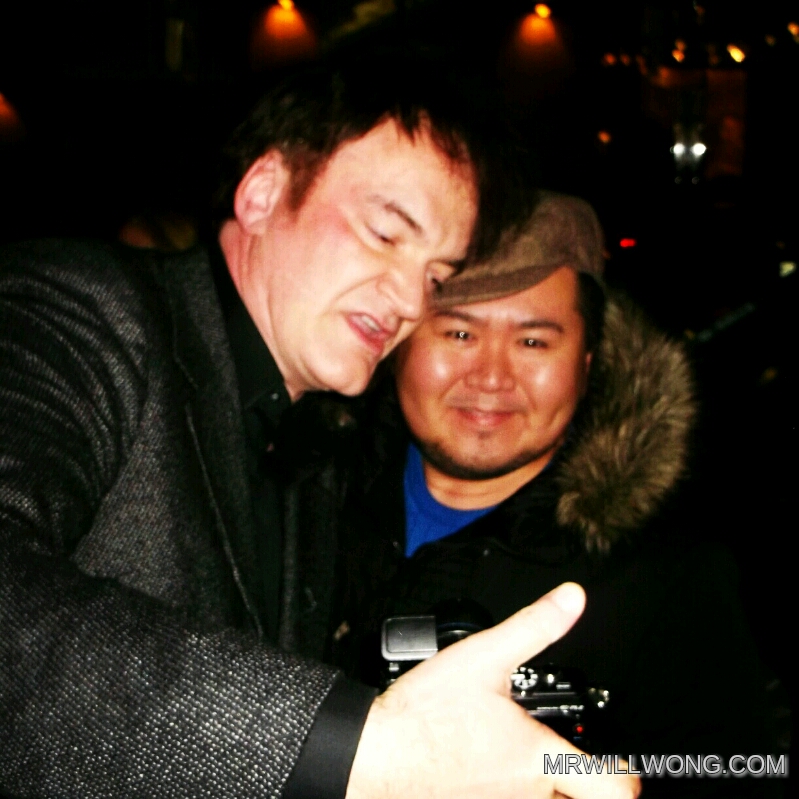 I’ll be out in NYC tomorrow capturing some of the Highlights at the Premiere. Wish me luck!