#SPOTTED: PAULA ABDUL IN TORONTO FOR “MY JEWISH SOUL” 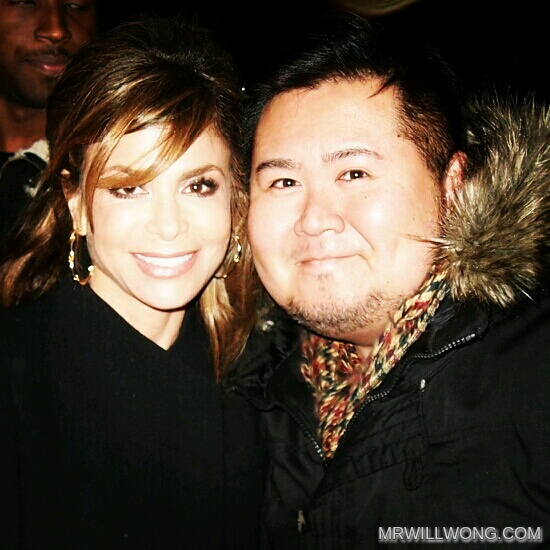 Dream come true!   Definitely one of my brightest highlights of 2012 – and believe me, there were many – was meeting my Grade School Idol Paula Abdul tonight.  When Pop Megastar Paula Abdul first burst onto the Scene back in 1988 with Straight Up, it was love at first sight for me and the rest of the World.  Religiously I’d wait by the TV set for her Videos to come on MuchMusic and with what little money I had back then, I’d put it towards buying her 45s.  You could imagine my joy when I got two Hits for the price of one when Cold Hearted Snake was included as a B-Side Single on the Straight Up Single! Although much of the younger generation knows Abdul solely for her association with American Idol as a former Judge, she to me was right up there with Madonna and Janet Jackson.

Abdul currently is in Toronto celebrating her Jewish and Canadian ancestry.   While in the City, Abdul also had a chance the enjoy a Dinner at the Trump International Hotel‘s STOCK last night and earlier today she was spotted enjoying lunch down the road at Oliver & Bonacini. Appearing at an Event called My Jewish Soul at The Eglinton Grand in the north-end of the City, she helped raise funds towards the purchase of a new property for Chabad on the Avenue.  Fans got an opportunity to meet her at a VIP Reception which included a Photo Op.  One High Bidder even got to have Cocktails with her following her appearance.

I caught-up with Abdul as she left the Venue with several Helpers assisting her carrying hoards of flowers and bags.  As she was rush-rushing into her Mercedes, she was gracious to stop for a moment in the cold to snap a Photo telling me repeatedly how sweet I was.  Knocked-out! After all these years, she looks stunning still – if anything even more gorgeous than her days on American Idol.