Toronto definitely loves their Kat Von D! The Tattoo Artist-turned-Celebrity thanks to the success of TLC Reality Series L.A. Ink, is back to a City she knows well, being engaged to Toronto Superstar DJ/Producer deadmau5.  The best-selling Author is in-town to promote her latest Book from HarperCollins, Go Big or Go Home, which features Essays and illustrations of large-scale Tattoos.

Von D (short for von Drachenberg) kicked-off her day of Press out at KISS 92.5 appearing on the Roz & Mocha Show, before heading the down road to Global Television‘s The Morning Show (National Edition).  In great spirits, she stopped to sign some Autographs and pose for Photos.  Noticing Billy with me she called out, “Oh, look!  A little Marshmallow!!”.  Aww! For some odd reason I clicked the Timer button on my Camera  by accident and when doing our Selfie, she was more than nice to smile for a full 12 seconds before the flash finally went off.  Sweetheart!

She will appear at Chapters – John & Richmond tonight at 7:00 PM and if her last Signing in December 2010 is any indication how popular she is, you should really get there early as she signs copies of Go Big or Go Home tonight. 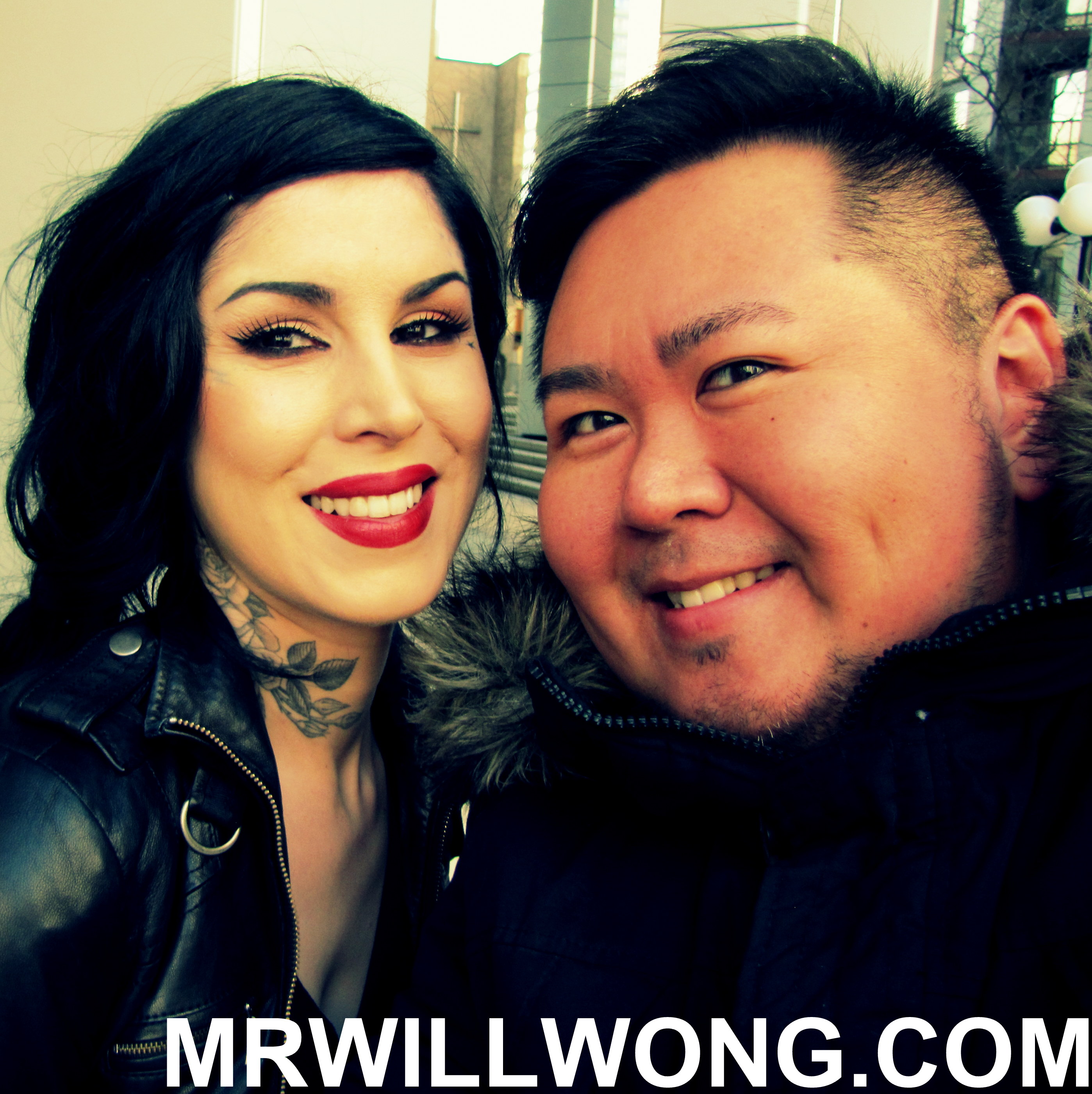