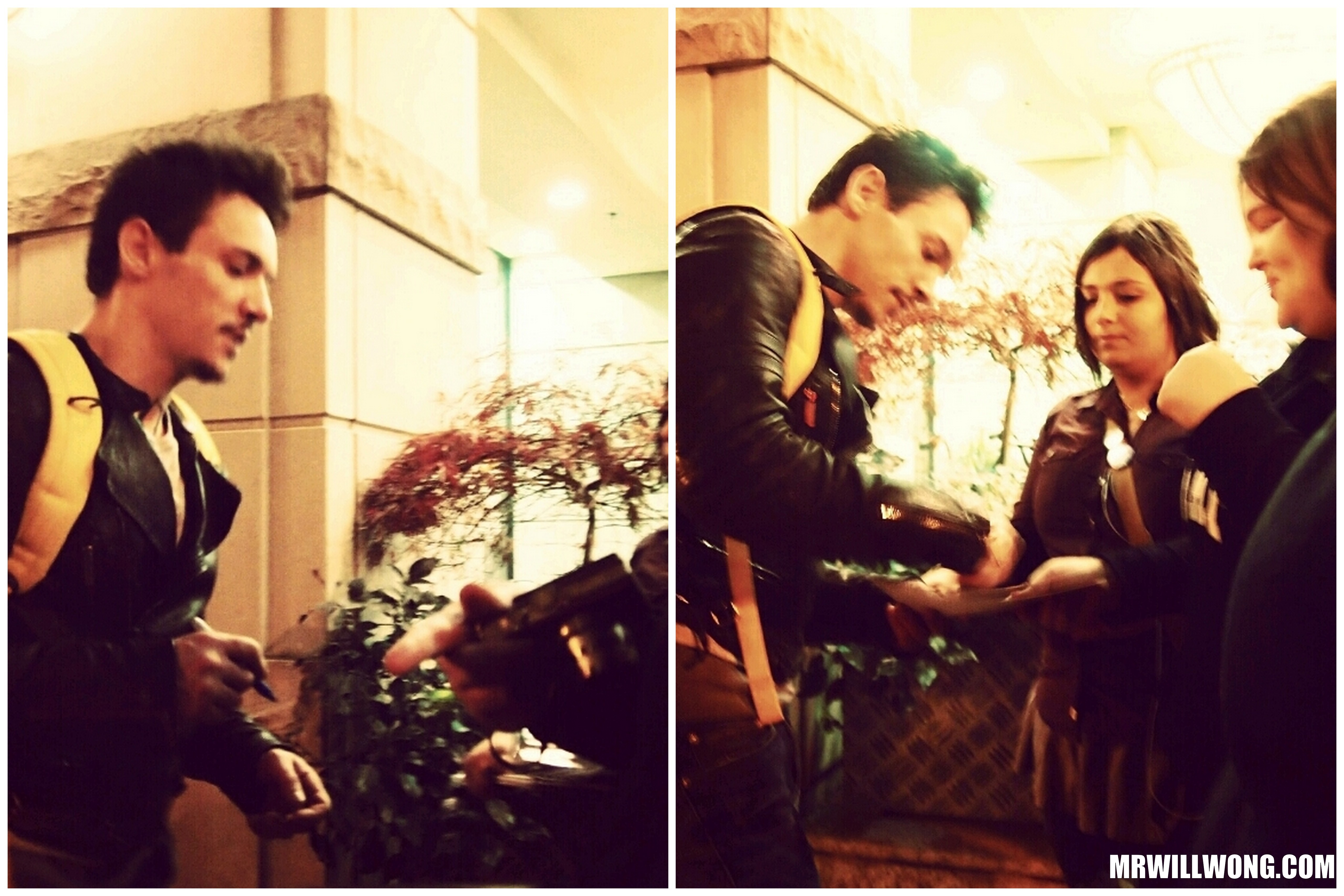 Based on the overwhelming amount of requests for more, I put-in a bit of Legwork and was lucky enough to spot the brilliant Jonathan Rhys Meyers tonight on his way back from doing Groceries, following a day at work on the Set of The Mortal Instruments: City of Bones.  I had the absolute honour of being the first to nab a Photo with him  just a couple weeks back. Read about it here!

Fans who have met Meyers during his stay in Toronto have had nothing but glowing comments about the Irish Actor and I actually have both Photographic and Video Proof of his kindness.  See these overjoyed Fans receive a kiss from him after he was touched by their generous gesture of a Gift!

Filming wraps in just under two weeks for this first Film Adaptation of Cassandra Clare‘s Series of Novels, which already has massive expectations for huge numbers.

And see this amazing Birthday Greeting from Meyers to me: 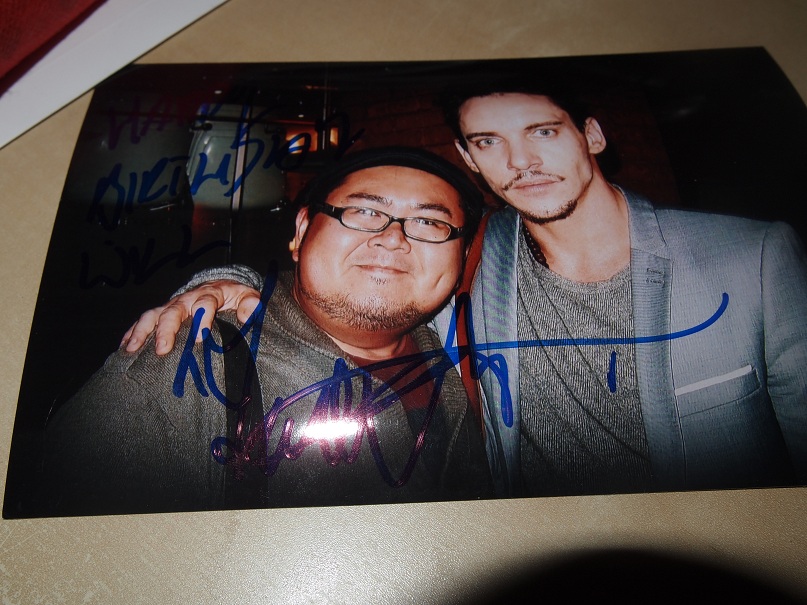