#SPOTTED: JEFF TIMMONS IN TORONTO FOR “MEN OF THE STRIP” TOUR

After hosting a The Chippendales Event in Las Vegas to rousing success, 98° Member Jeff Timmons is now in Toronto taking it one step further with his MEN OF THE STRIP Tour!  Touching-down at Uniun Nightclub last night,  the Troupe of Exotic Male Dancers teased and pleased a packed Crowd of Women, demonstrating the choreography of Co-Founder Glenn Douglas Packard.

Las Vegas-Resident Timmons, Packard a sampling of the Dancers on the Tour including Keith and Joel, were out and about promoting the sizzling Affair around the City this morning. Stop-offs included KISS 92.5‘s The Roz & Mocha Show and also a visit to Global Television‘s The Morning Show (National Edition).

Just in Toronto earlier this year for the Megashow known as The Package Tour alongside New Kids on the Block and Boyz II Men, the future currently is uncertain for 98°, one of the biggest Boy Bands of the ’90s, after releasing their latest Disc 2.0, which charted the U.S. Billboard Hot 200 Chart.

Still looking in top form, Timmons came-out and hugged a Fan he recognized from his Show last night, coming-out to support him again today.  Perfect for the Holidays, we took a Snap by Shaw Media‘s gorgeous Holiday Tree, just put-up this weekend.  Timmons et al. were of course amazingly nice, getting Billy in on the fun!

Click here to learn more about Men of the Strip.  A Reality TV Series based on the Troupe also currently is in development! 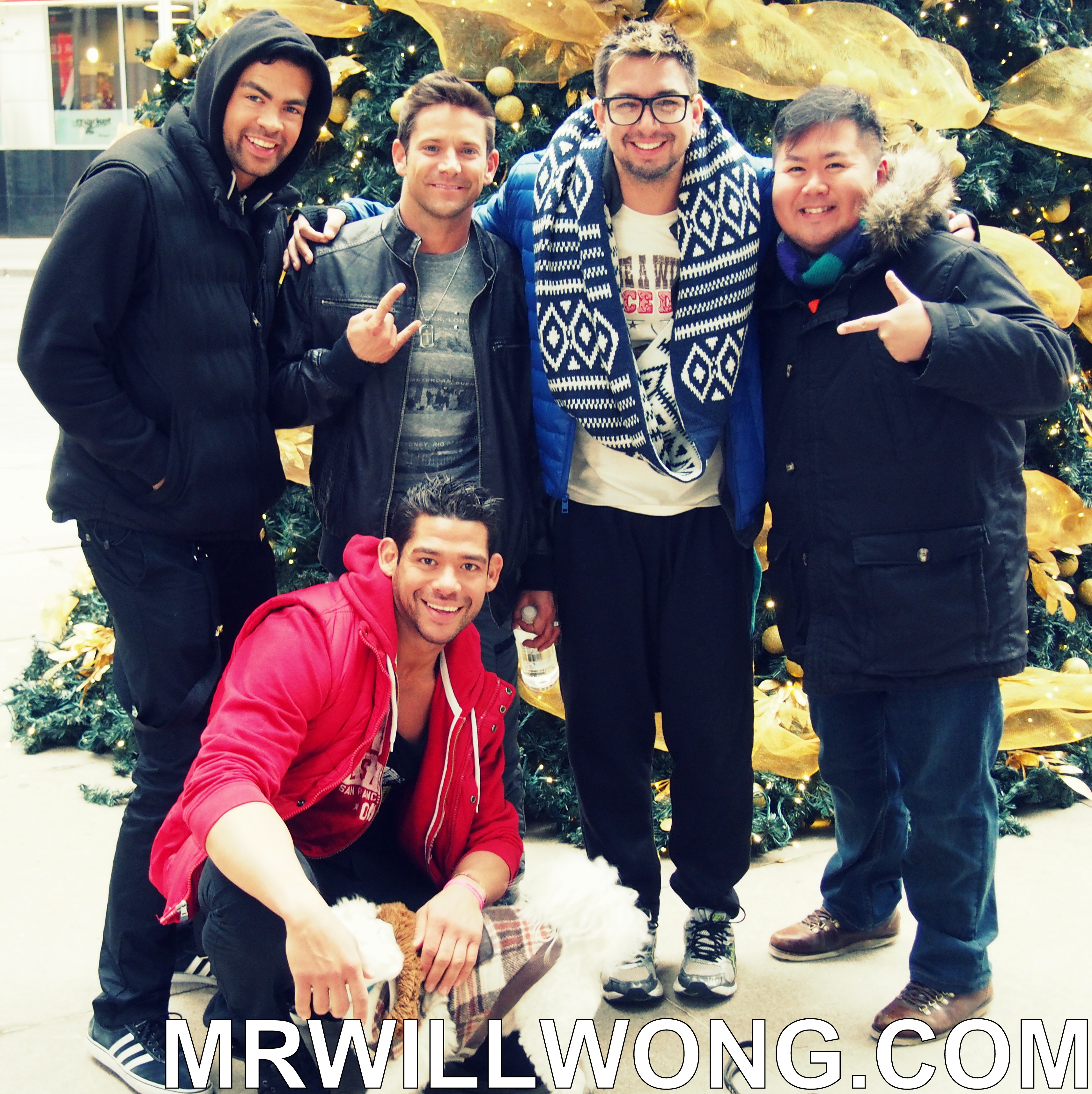 Click here to cancel reply.
#SPOTTED: KATY PERRY IN TORONTO FOR “PRISM”
#FIRSTLOOK: BARBARA WALTERS NAMES HER 2013 “MOST FASCINATING PEOPLE OF THE YEAR”