At age 24, diminutive Hong Kong singer/songwriter and multi-instrumentalist G.E.M. (an acronym for “Get Everybody Moving”) has accomplished the impossible, continuing to raise the bar of Asian Pop Music with great flare, innovation and mastery.

As the story would go, at age 15 in 2006, she entered a talent competition and what made her stand out most – in addition to her powerful vocals – was her ability and desire to write tunes and play instruments.  Many of her opponents were content doing karaoke, in a market filled with sons and daughters of such-and-such and where singing lessons sometimes come after a record deal.

G.E.M. is the complete package. She is a bona fide entertainer just as much as she is a musician. And her doll-like features would never have you believing she was a day over 16.

Only in Chinese-speaking Asia does a singer after being a top-selling artist and being signed to a record deal, still have to compete on reality television like an American Idol contestant for popularity. After building a sizable Cantonese-speaking following in her native Hong Kong, she and her team at Hummingbird Music had their eyes set on the domination of the lucrative Mandarin-speaking Asian market. Week after week G.E.M. would wow millions on popular staple reality series  I Am A Singer.  And although she lost-out in voting to a more seasoned veteran in the end – a phase in her career deleted noticeably from her Wikipedia page after reported creative differences with show producers – she gained millions of new fans on Social Media.

I don’t hand out compliments musically very often being a trained musician myself, but G.E.M. perhaps is the most talented vocalist ever to come out of Chinese-speaking Asia. And she did it at an age where many of us are/were figuring out what to do with our lives.

It is rare for an Asian artist to get to play at a prestigious venue like Air Canada Centre, reserved normally for blockbuster acts like Drake, Adele, Madonna or Taylor Swift, but G.E.M. managed to fill those seats on the Toronto leg of her X.X.X. Live Tour. Fans were devout, lighting-up their cell phones in unison as she powered her way through signature ballads showcasing that incredible control over that mezzo-soprano of hers.

She danced, she played drums with great fervour, she tickled the ivories of a baby grand piano and she rocked an electric guitar. And despite Chinese concerts often having a reputation of being dull and stuffy, the entire arena was dancing and on its feet. Young mixed-race couples – gay and straight – mom, dads, teens.  The audience was a testament to G.E.M.’s wide appeal and certainly makes a case for her expansion stateside.

A huge part of her success is Austrian producer Lupo Groinig who has the looks and talent to be performing on the most prolific stages, Asia or not. In addition to creating music together, he tours with G.E.M., giving an explosive display of riffs and licks on his electric guitar, plus an energetic showmanship. In their partnership, he is the mentor and a big part why G.E.M. continues to grow leaps and bounds as an artist. In a business where divas are always looking for new producers and sounds, the two are incredibly loyal to one another.

G.E.M. tells her Toronto fans, “This city has a special significance to me. The first time I ever laid my eyes on snow was right here”. “The first promo tour I ever did was in Toronto also and I played for about 1,000 of you back then”, she adds. A quick tally of the crowd would prove that this number obviously has multiplied exponentially.

After churning through her repertoire of Cantonese and Mandarin hits with several shimmery outfit changes, she  paid homage to some of her favourites, including a cover of Adele‘s Rolling in the Deep and current single, Goodbye. A total two-and-a-half hours on-stage with two encores and real value for the fan.

A little later into the evening, we caught up with G.E.M. who appeared tired after performing a soundcheck for VIP fans earlier before her show, the actual concert itself and meeting VIP fans who paid upwards of $1,000 for Photo Ops. She was more than nice to chat with fans but her handler refused photo requests in fairness to fans who had paid earlier, encouraging them in a formulaic statement to go to Hong Kong for a chance to meet G.E.M. next time. Okay, working on that…

G.E.M. did glance into my cell phone quickly though after asking her in English, but that was the end of it. I snapped the Selfie and I’ll just have to settle for a blurry one. Sure G.E.M. is delightful and charming but even on her off-time, the business machine is in full gear. A model and strategy of fan accessibility not unlike that of Taylor Swift, right?

Some Photos from the evening: 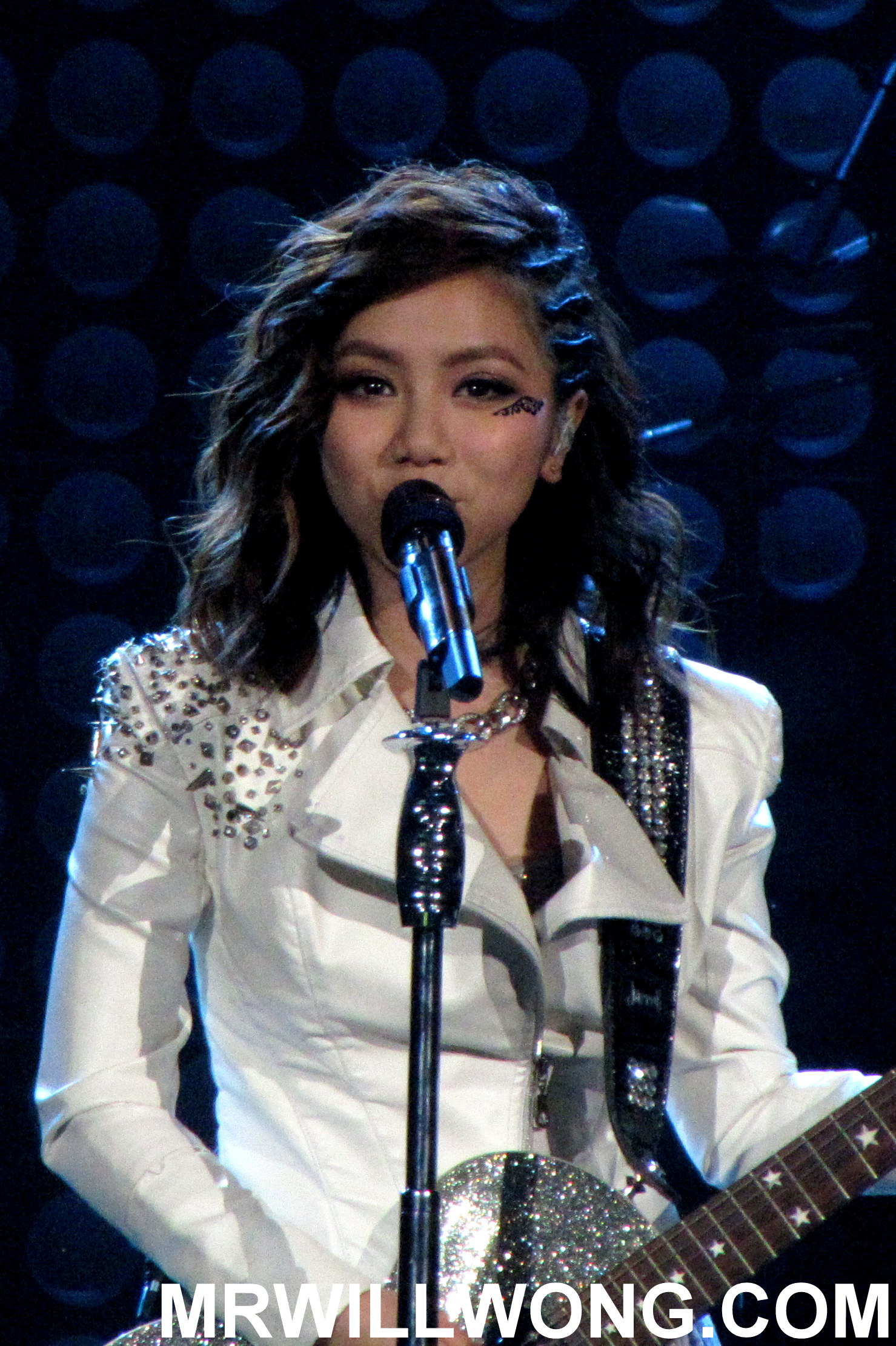 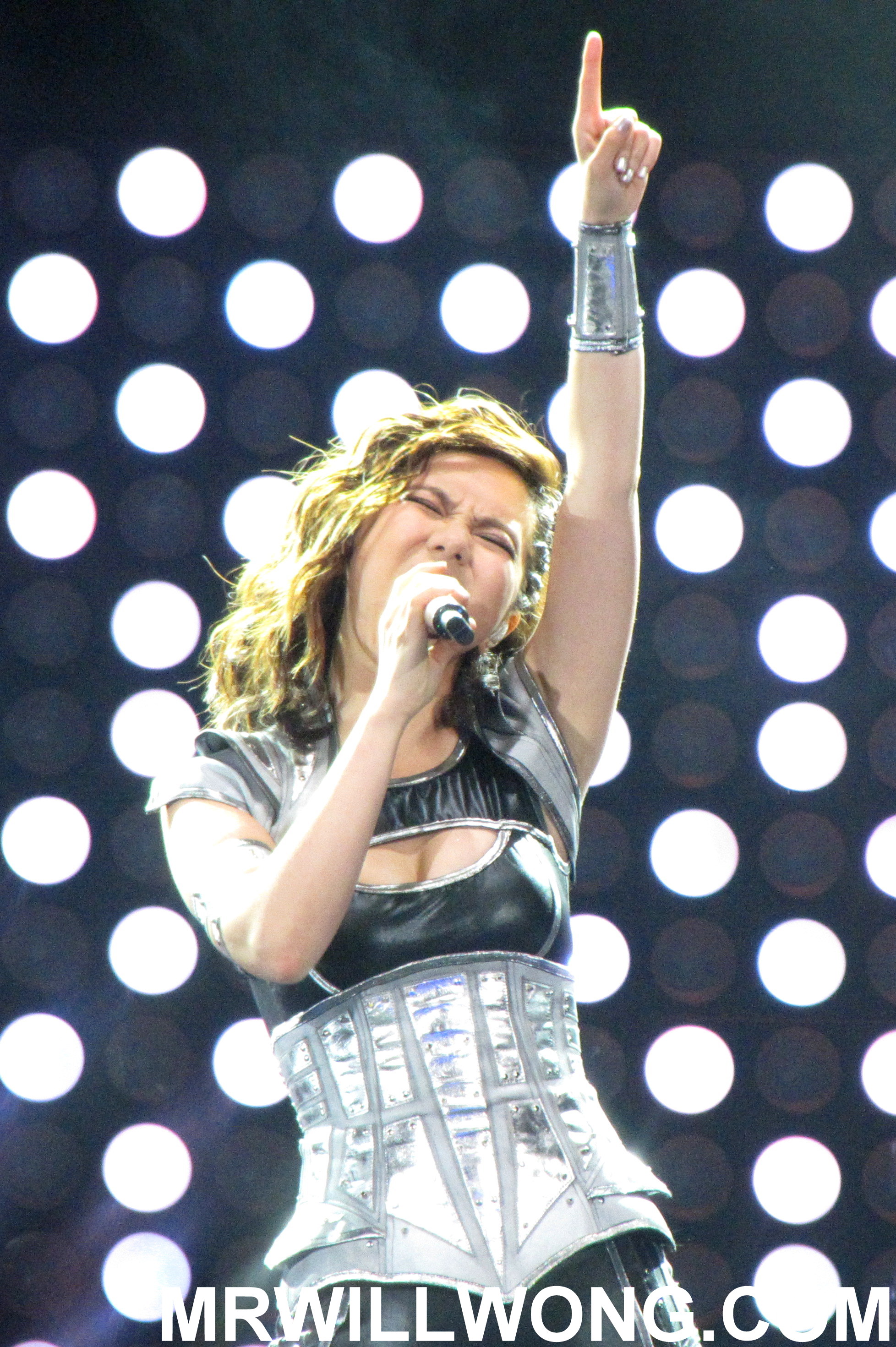 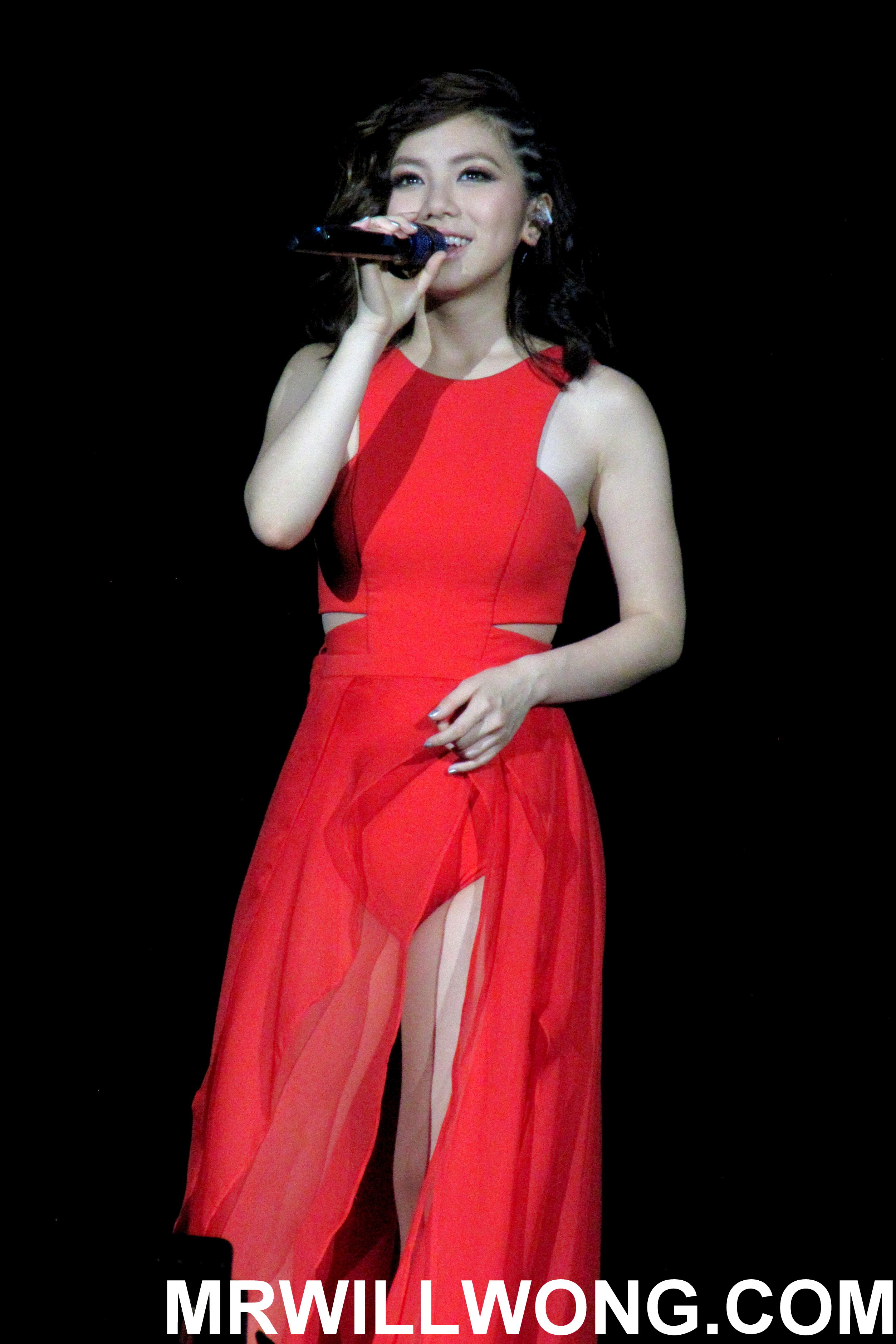 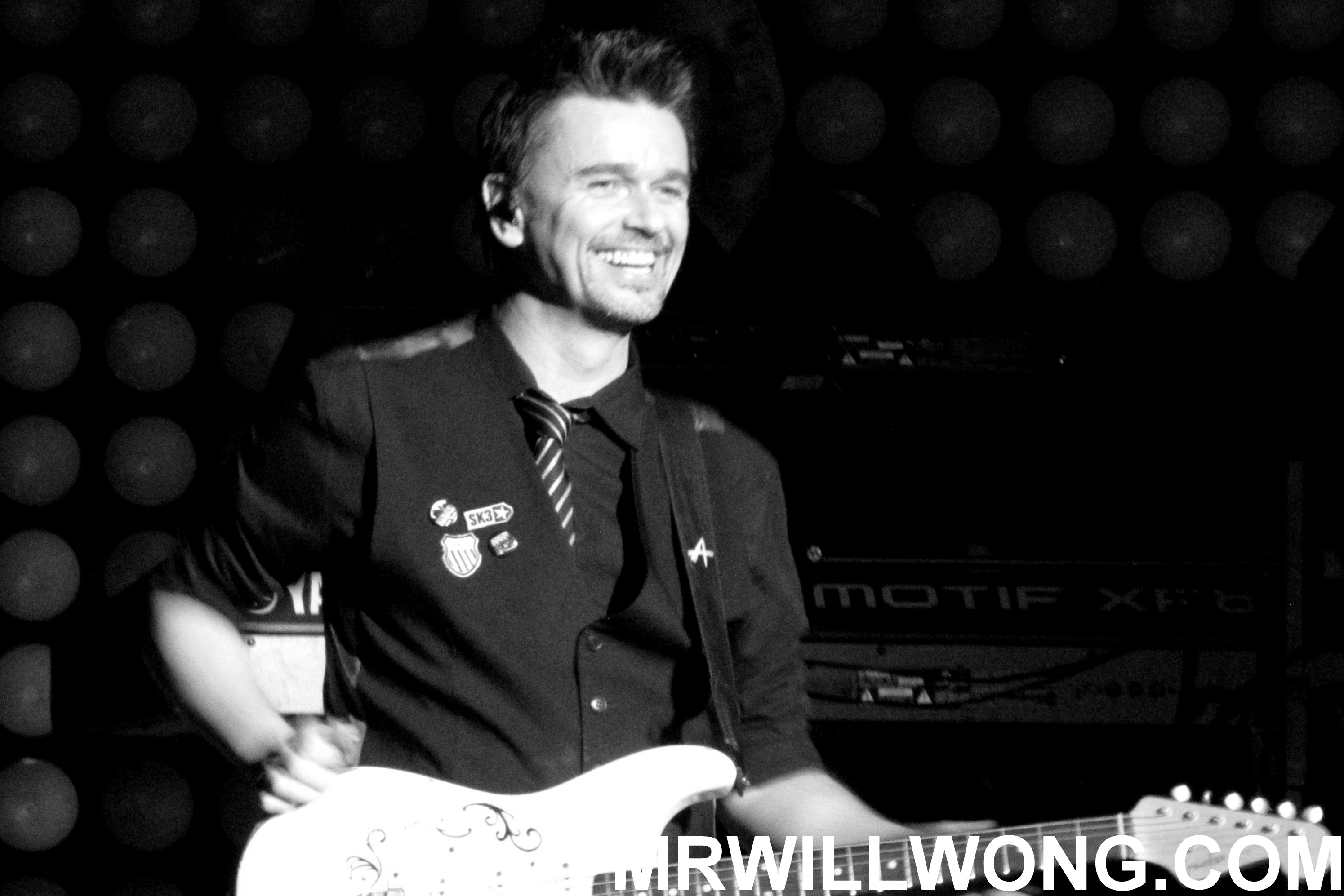 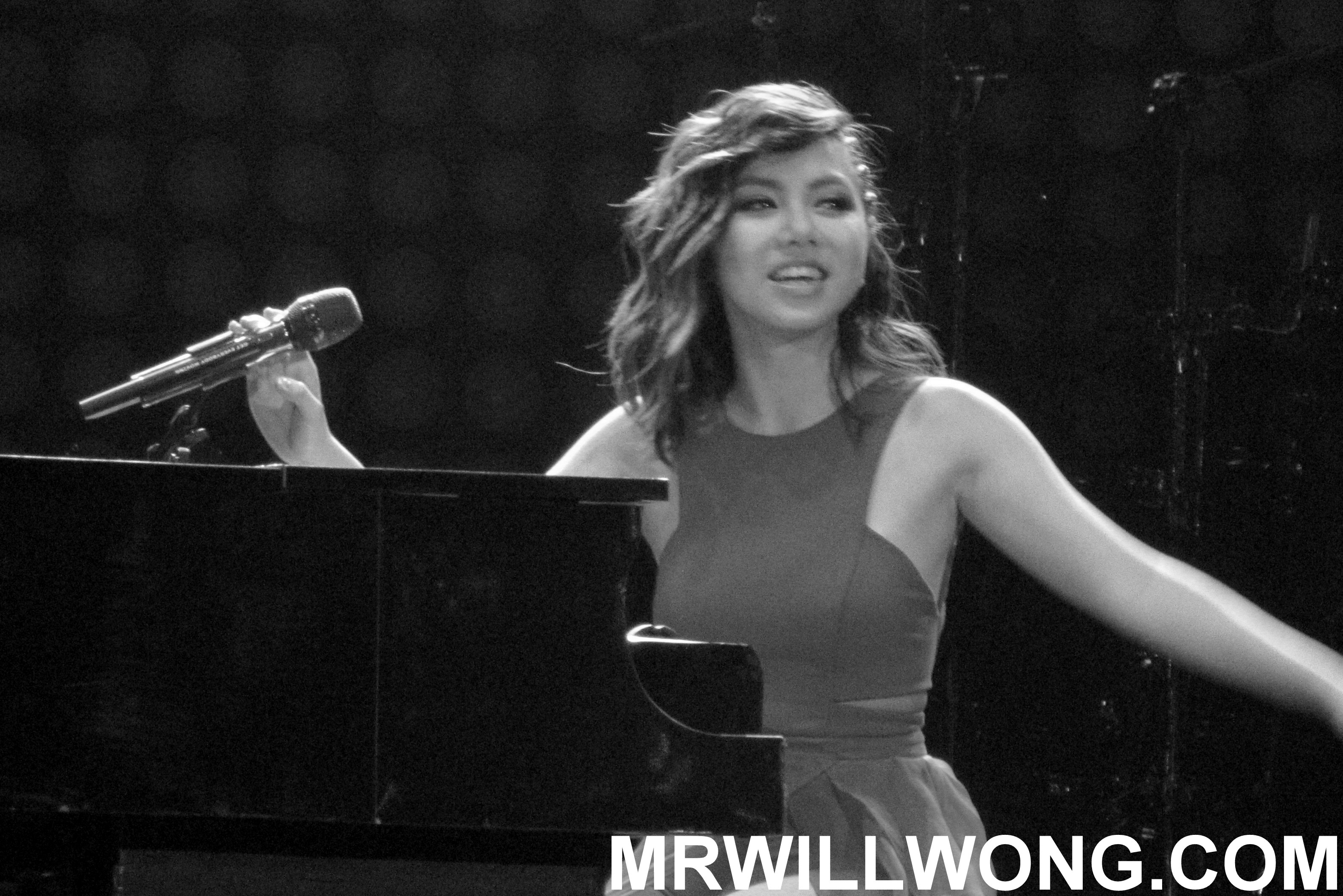 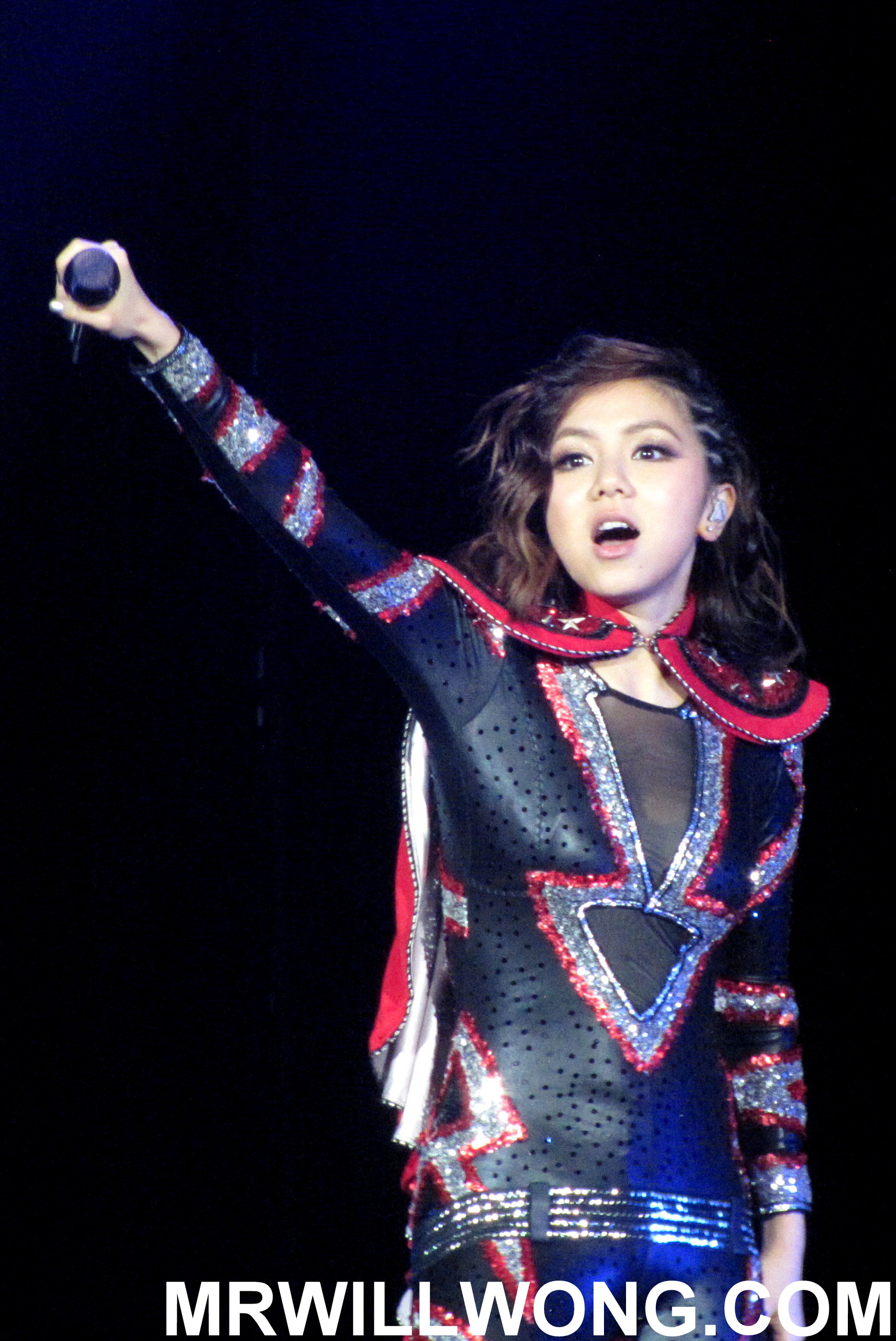 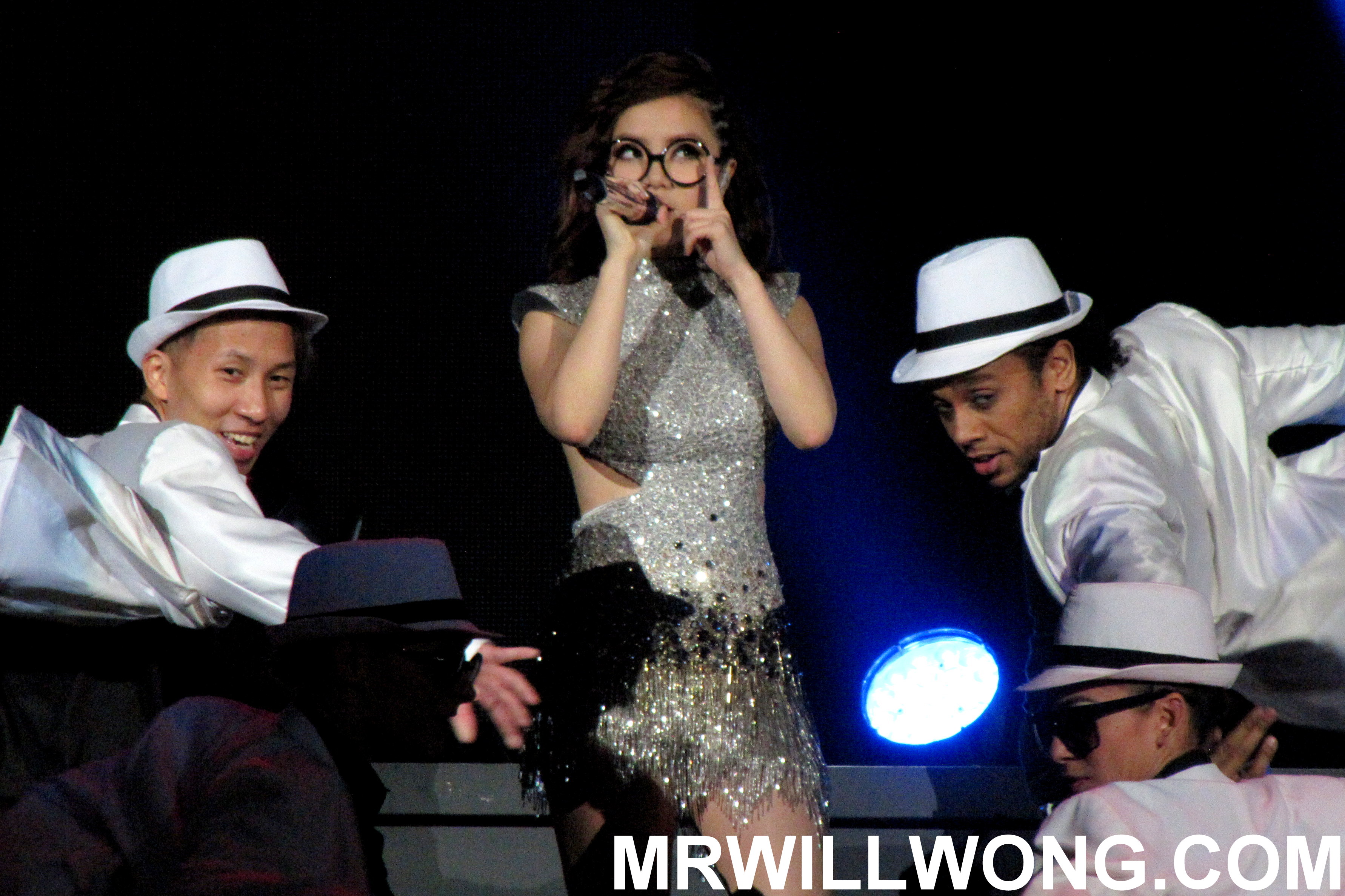 Following in the footsteps of Beyonce, G.E.M. has just released her fifth Chinese album, a visual one with a concise ten tracks, all with accompanying music videos.  Heartbeat is available now on iTunes.

A western expansion is in the works for the talented Artiste.