#SPOTTED: FOSTER THE PEOPLE IN TORONTO FOR “SUPERMODEL”

Now in high gear promoting their just-released Sophomore Disc Supermodel, two-time Grammy Nominees Foster the People made a stopoff in Toronto, which included a Showcase at  Horseshoe Tavern last night as part of their Press Day. The Los Angeles-based Trio consisting of Mark Foster, Mark Pontius and Cubbie Fink known best for their international Breakthough Hit, Pumped Up Kicks, have made multiple visits to the City over the past couple years, consistently selling-out Club Venues.

We caught-up with the handsome Trio en route to Paris earlier. Spotting Fink and Pontius first, they told me to hold on for Frontman Foster to pose for a couple Group Photos. Within moments, low and behold, there he was! We met the Band on a promotional visit November 2011 at MuchMusic and even after all their success, they’re still just as kind and awesome!

If you haven’t checked it out yet, here is the Lyric Video to Foster the People‘s latest Single, Best Friend:

All about the last time we saw Foster The People here. 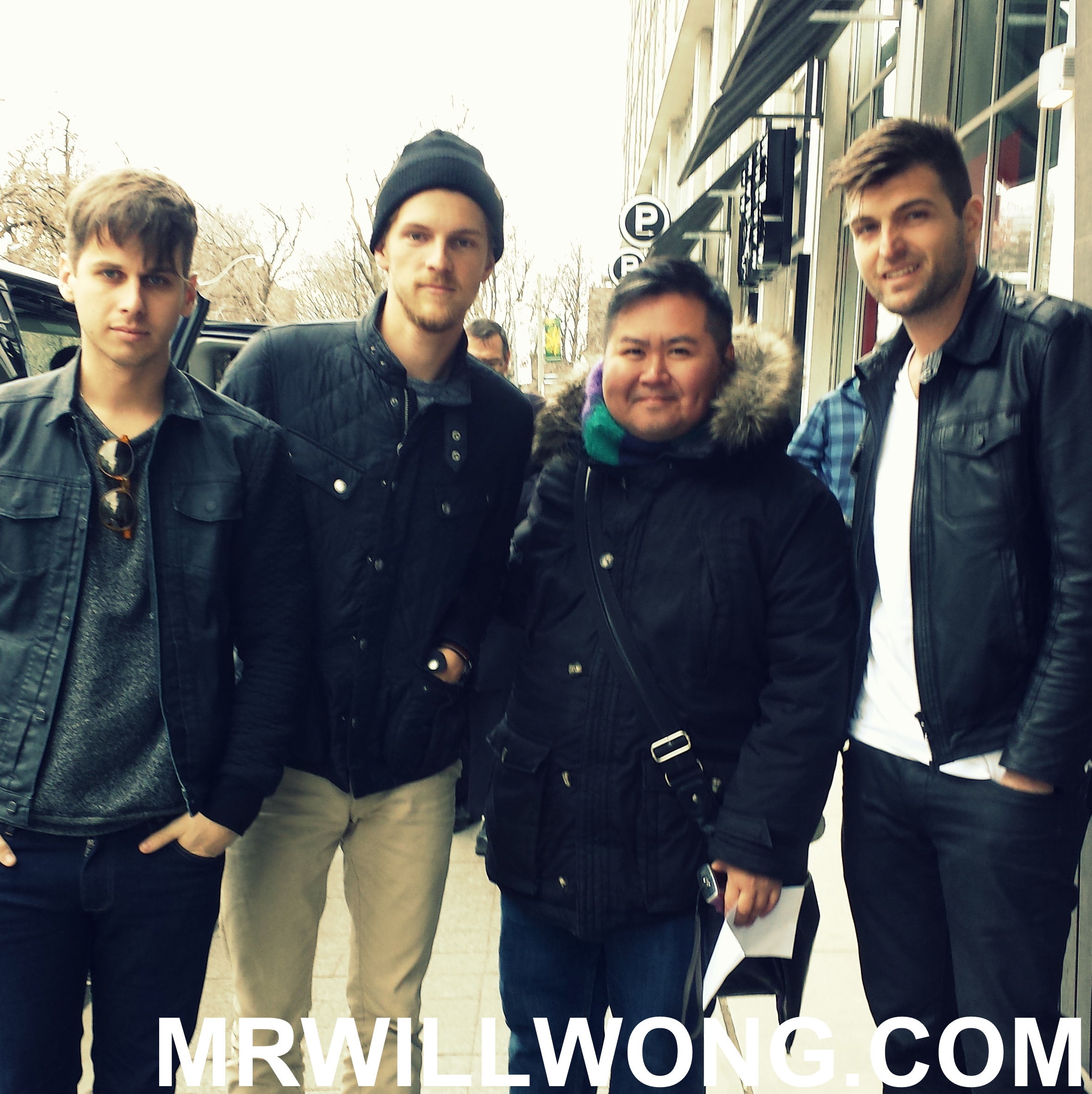