At the height of her popularity, opinionated Funnywoman Chelsea Handler stepped away from her popular eponymous Netflix Series to focus on activism and understanding how it is that Americans elected Donald Trump. She even professed on Twitter she would become a Canadian had he been elected and Canadians still are waiting.

I’m coming to Canada to talk cannabis and how to have a highly functioning life and still go for it. Life is better with cannabis. Plus, we all know How badly I want to be Canadian. To get tickets, go to https://t.co/ZTvkCie0dY pic.twitter.com/DTsNogOHdT

The Liberal Feminist herself has teamed with modern Cannabis culture publication CIVILIZED in a series of conversations moderated by Founder Derek Riedle where audience members are encouraged to ask questions in a Town Hall format. The Tour has taken her from Calgary to Winnipeg, Montreal, Ottawa and tonight, Toronto’s Elgin Theatre.

Handler, who is a self-professed Cannabis connoisseur, having experimented with it more particularly in this Trump era. She reveals that she consumes just enough for that lift to help her be at her most productive. She since has found inspiration to pen an upcoming book and Documentary and attributes this to incorporating Cannabis consumption.

After saddening news today of Brett Kavanaugh being sworn-in today as Supreme Court Justice, she tells the audience, “This is an embarrassing time for America. It is important for us to keep saying it as it is a normalization of the conversation. America is run by a minority not a majority. In fact, a majority think what’s going on is bullshit. It’s better to be histrionic and freaking-out than be surprised.” . She notes voter engagement is at an all-time high right now in advance of Midterm Elections, meaning all this rabble-rousing isn’t in vain.

Riedle asks Handler what she thinks Canadians think about Trump. She asks the room, “Don’t you guys have a couple Ford brothers?. They are the pinnacle of White Privilege – a former crackhead getting elected. Only a white man could get away with it because a coloured person wouldn’t!” .

Handler‘s burning need to know how America could elect Trump has taken her on the road to places like Ohio and she found often people want things the way they were before. She has observed, “It is a lot of people who lose something they’ve had all their lives. For example, coal jobs which are destroying the environment. These people are not thinking of the future of their daughters and granddaughters. They feel something is being taken away rather than picking-up new skills. We are dealing with idiocy.” .

She recalls at age 19 wanting nothing more than to be as far away from her family as possible. While success came finally after about seven years of hard work as a Comedian, she recalled never being hungry. She says, “I was thinking about myself all the time. I am an Elitist and had the luxury of success. Many people in our country are not afforded that. I am so embarrassed that finally I got it at age 40.”.

During the Q&A portion of the Talk, she was propositioned by one fan to go to a gay bar with him and his friends and even seduced by one lesbian fan to meet her in an alley way. One fan asked how she justifies Canadians wanting to visit the U.S. in this era of Trump. Handler who has visited Canada multiple times over the past while including Banff, gave a surprising response not come to the U.S. right now in order to make a statement. 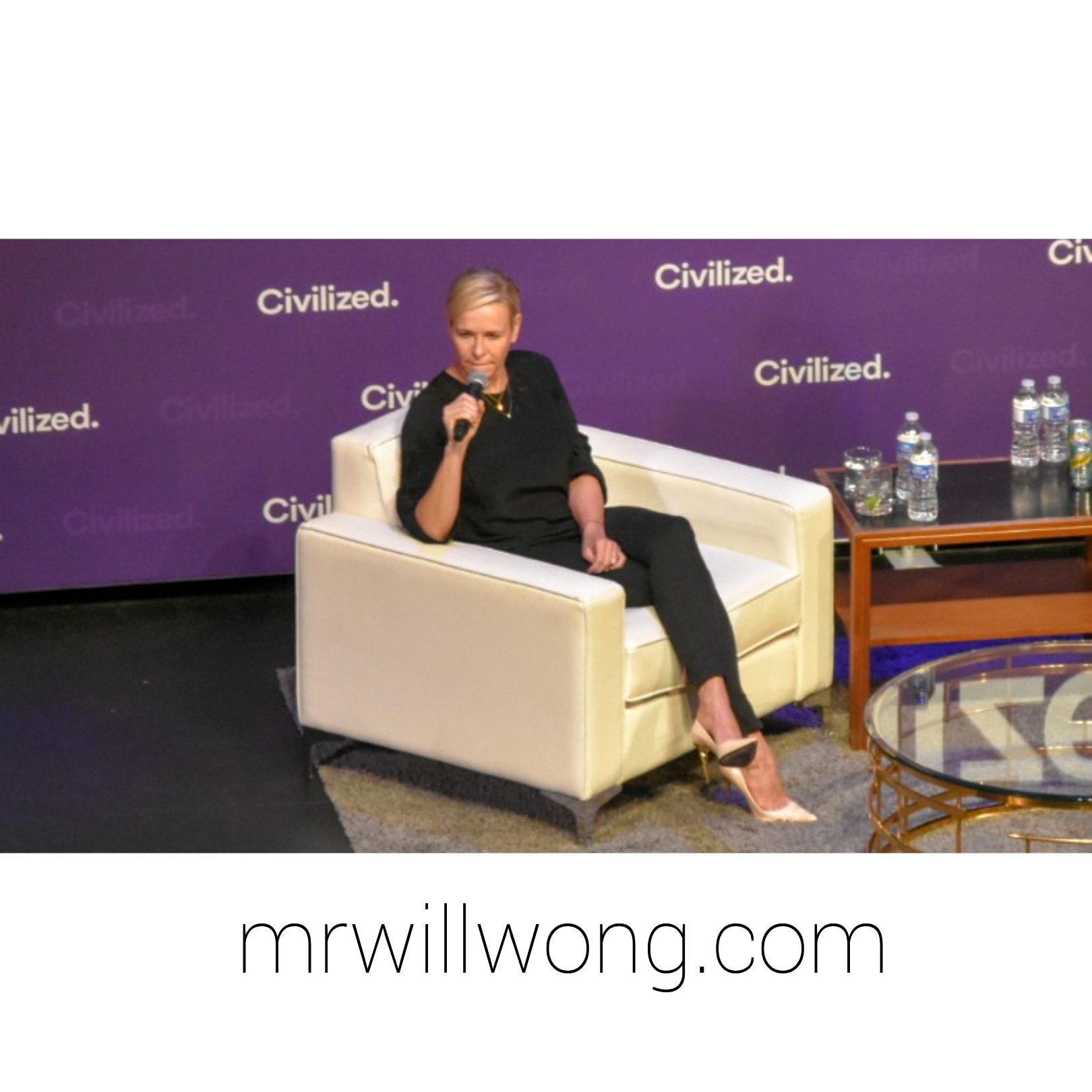 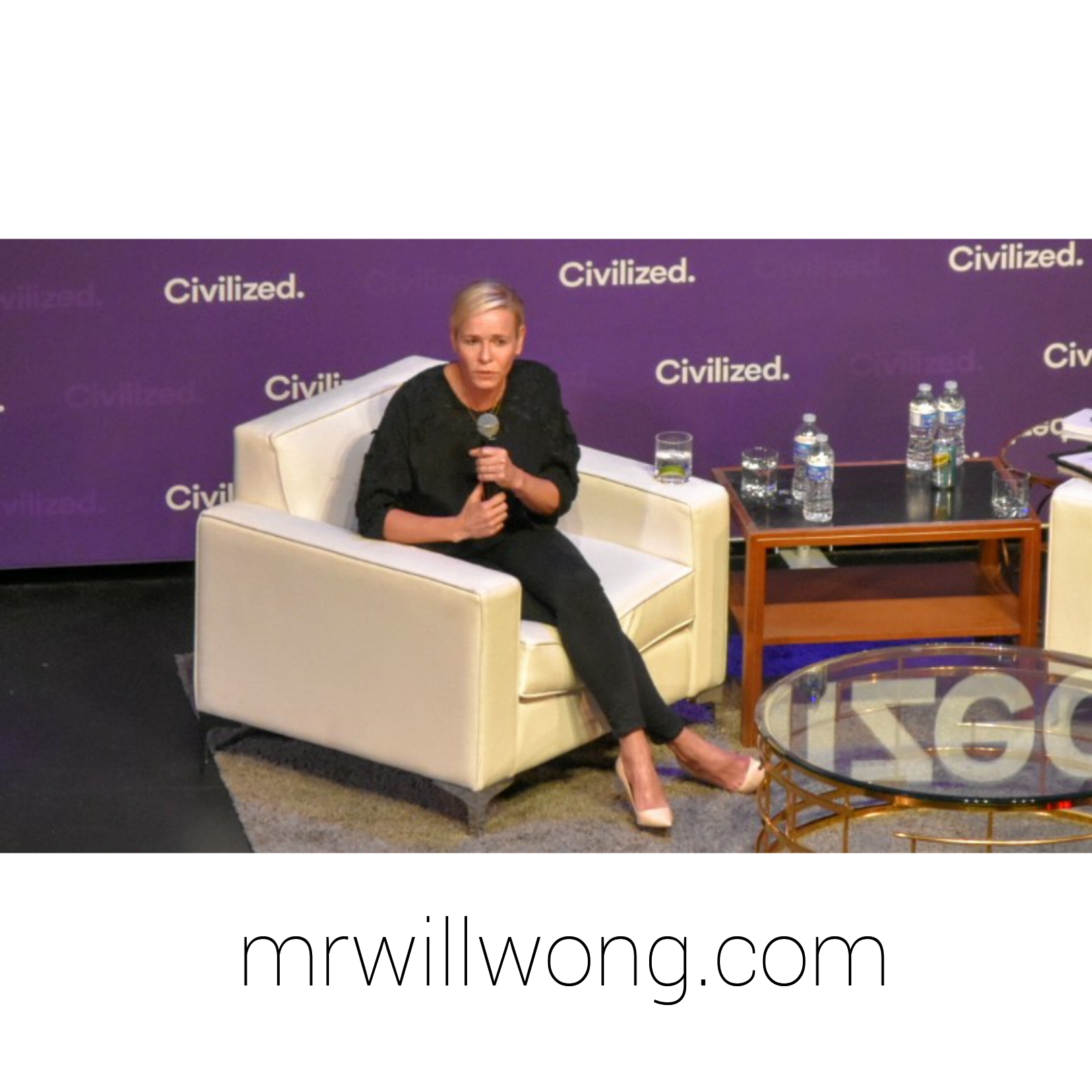 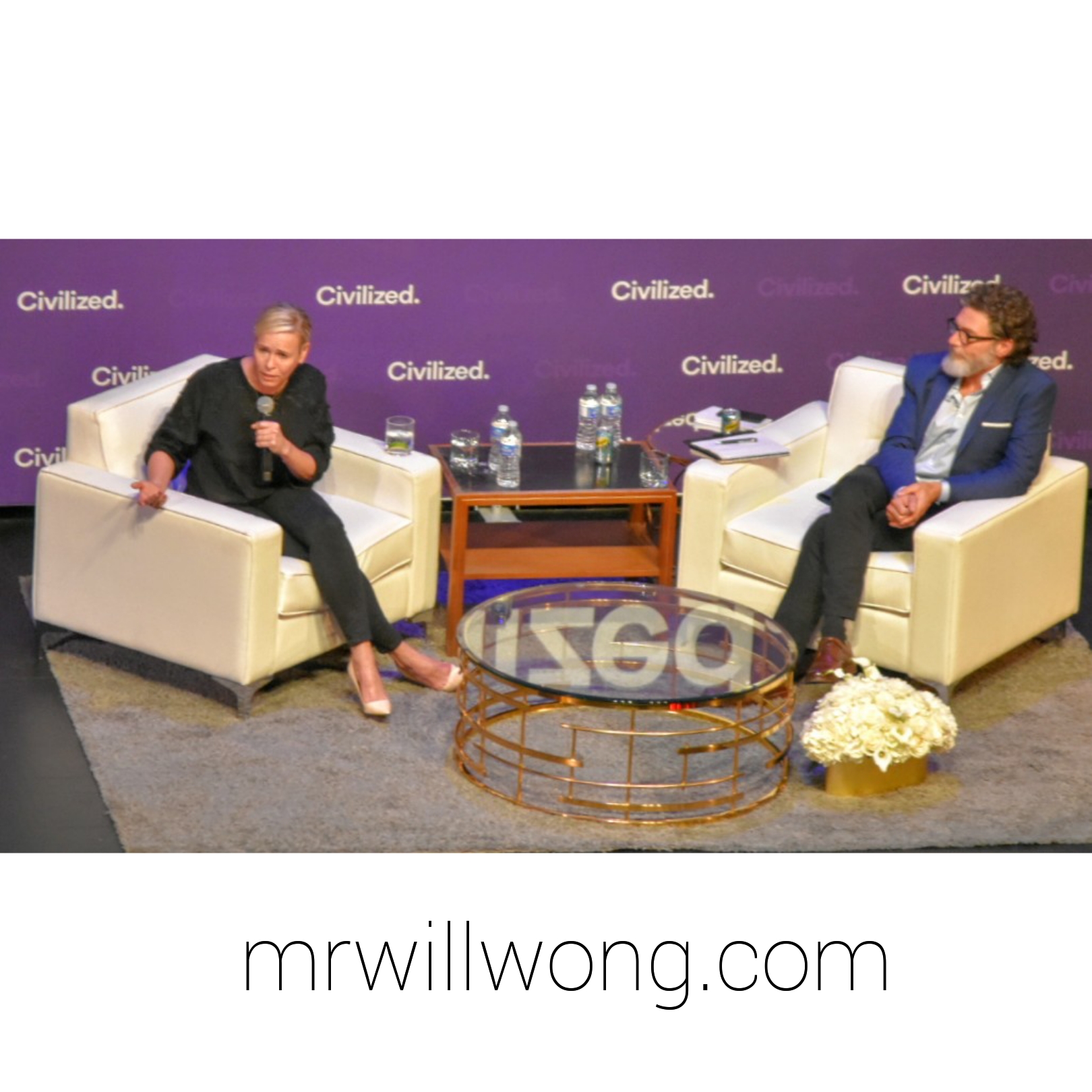 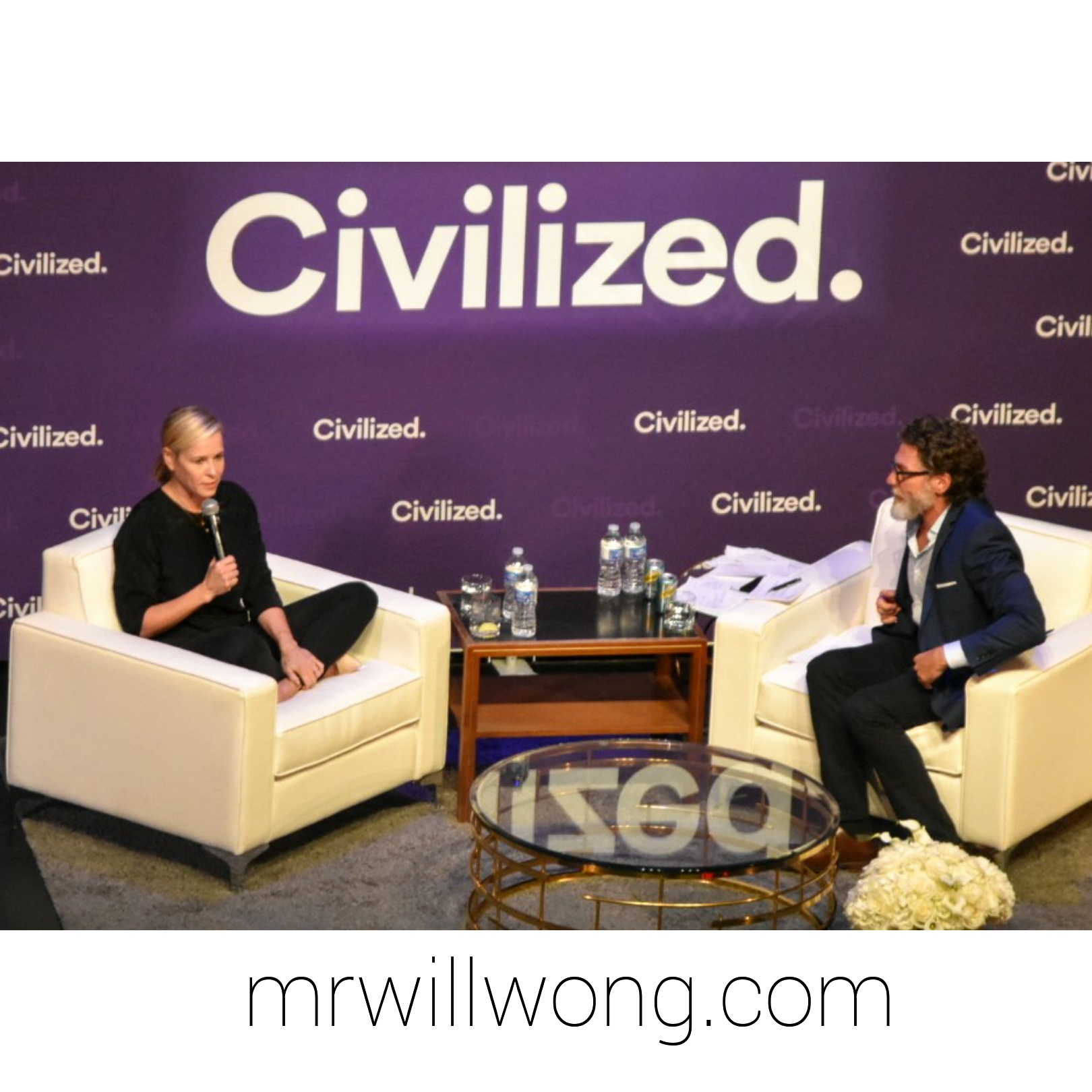 See who we spotted later that night heading into WESLODGE! Some of their famous Southern Fried Chicken, perhaps? 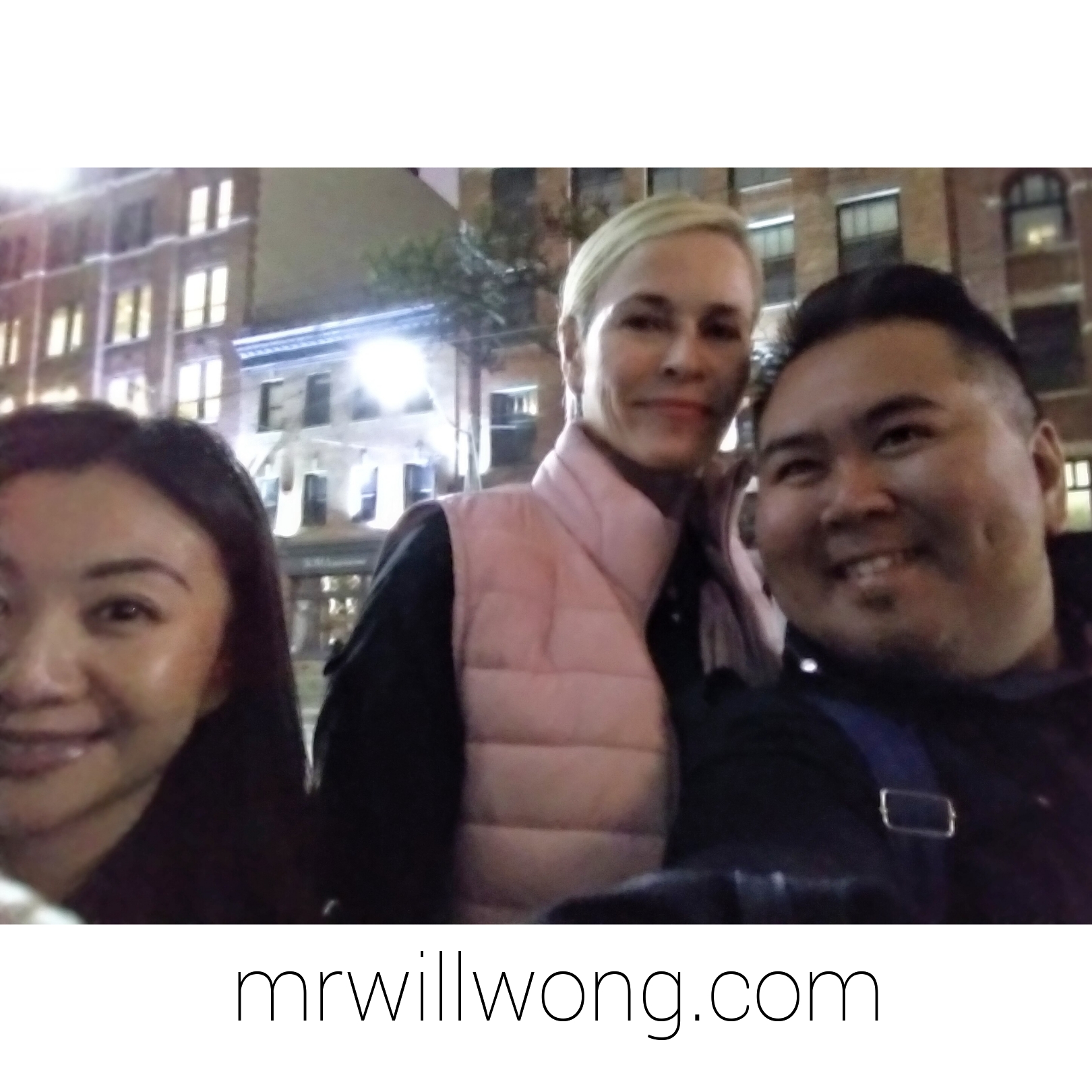