Let me tell you about a little Story about Charlie Hunnam. Two years ago when I was in-between jobs, I made it a point of allocating my spare time to finding him.  Love. The. Guy.  It was whispered to me that he had been frequenting a local Thai Hotspot on weeknights after wrapping-up filming on what went-on to be the acclaimed Pacific Rim.  I made it a point of visiting the Haunt frequently and $200 of Pad Thai later, I crossed paths with him finally.  “I’m a creature of habit” he told me about his dining habits after letting him know how hard I had   I mean tried, frequenting the Restaurant around closing time sporadically over the span of a few weeks.

Hunnam is a rare breed in a crowded field of working Actors. He is ultra-selective about the roles he chooses and it is surprising to see that in a Career which dates back to the late ’90s, he has less than 20 acting credits to his name.  But the quality of his work is impeccable.  Nicholas Nickelby, Pacific Rim, Queer as Folk (the original U.K. one), Cold Mountain, Sons of Anarchy (for which he is known best for stateside)… and even the upcoming Film Adaptation of wildly-popular 50 Shades of Gray, in which he originally was cast in the Leading Role of Christian Gray until ultimately deciding against it.

Above this, Hunnam is just an all-around nice Guy.  Despite repeatedly being asked for Autographs by professional Collectors, he is reportedly just as nice every time and I don’t think I’ve ever met anyone who’s crossed paths with him and didn’t have something nice to say about him.

I spotted the British Actor, in-town and re-teaming with Guillermo del Toro once again on his next Film, Crimson Peak (Working Title: Haunted Peak).  The Film stars also Mia Wasikowska, Tom Hiddleston and Jessica Chastain, the latter who attended a private House Party this weekend held in her honour at a luxurious Hotel/Condo in Financial District.

Carrying a Yoga Mat, he appeared to be coming back from a Workout, before retiring for the night.  He is just as awesome as I remembered two years ago when first meeting him and I even managed to get him to sign a Photo for you Wongsters, which he was just gracious about.  How do you feel about winning that? 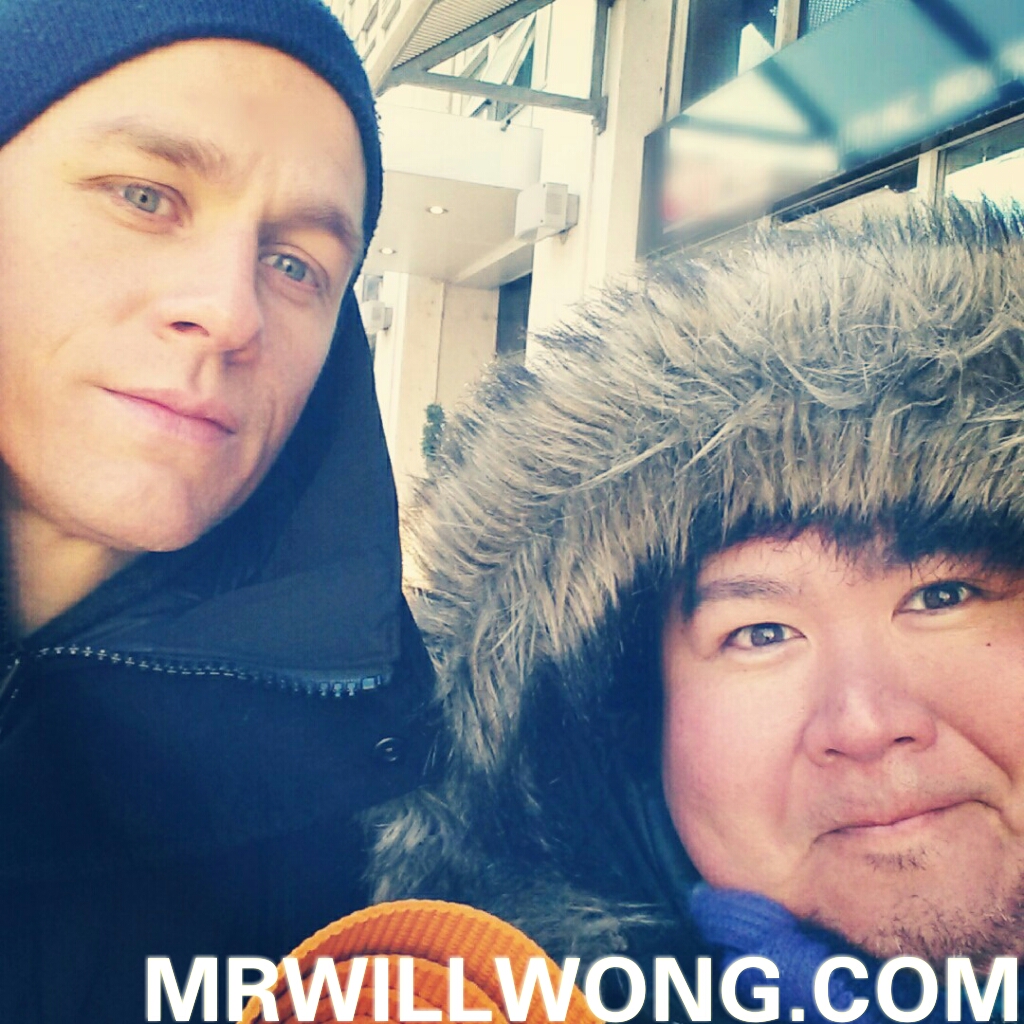