Sorry, I couldn’t resist, okay? You all know how much I love Charlie Hunnam and I know with certainty the feeling is mutual on your end judging by last week’s responses.   We spotted Hunnam again today returning from a grocery run and he was amazing to stop for a couple returning Fans.  Quickly dropping-off his groceries, he came back as promised, taking a moment to sign some Autographs and chat.  He simply is the nicest, most giving and generous Celebrity I’ve ever encountered and I think he sensed how genuine our excitement was.

This is where my jaw drops.  Hunnam recognized me actually last week from the first time we met two years ago and tells me that Guillermo Del Toro‘s Assistant had let him know about my Post last week.  “‘I see you met Will Wong‘”,  Hunnam was told, to which he replied, “But that was only 12 hours ago!  How did you know?!”.   He went on to tell me, “I didn’t know you were a Local Celebrity, Will Wong!”.  Humbled.

Absolutely unexpected, he then passed me his v. last Sons of Anarchy Autograph Card, which of course I will ensure a lucky Fan has to chance to win, but let me finish telling my Story first.  Also, did you know that Hunnam recently did a slight modification to his Signature?

Anyhow, Hunnam tells me that he still loves visiting his fave local Spot for Thai, in fact just having had Dinner there last night.  I made him aware though that the Team behind the Restaurant originally had relocated to a new Spot a little more east in the City.  He jot down the name on his iPhone and promised to give it a try!  Laughs were shared, hearts were warmed, memories were made.

Without revealing too many details about Crimson Peak, Hunnam says, “It’s more a Horror, with Supernatural elements”.  Enough said.  We’ll just have to see next October.

On the other side of town, Hunnam‘s Crimson Peak Castmates Jessica Chastain and Tom Hiddleston were out celebrating the two-time Oscar Nominee’s Birthday at Brassaii, followed by some festive Ping Pong and Karaoke.  You must see the amazing Photos Chastain shared on her Facebook Page here!

I admit I did see Hiddleston out and about too this weekend, but he declined politely to stop but still was gracious about it, clasping his hands in a prayer-like motion of appreciation.  I’ve had great experiences prior with him and certainly know when to stop and respect his boundaries – sorry to disappoint those of you asking repeatedly for his updates!

Now back to Hunnam. He is amazing and we promise to leave him alone! To enter to win that ultra-rare Sons of Anarchy Autograph Card, simply click “like” on this corresponding Post at Mr. Will Wong on Facebook.  Good luck!

Mr. Will & The Cast and Director of CRIMSON PEAK: 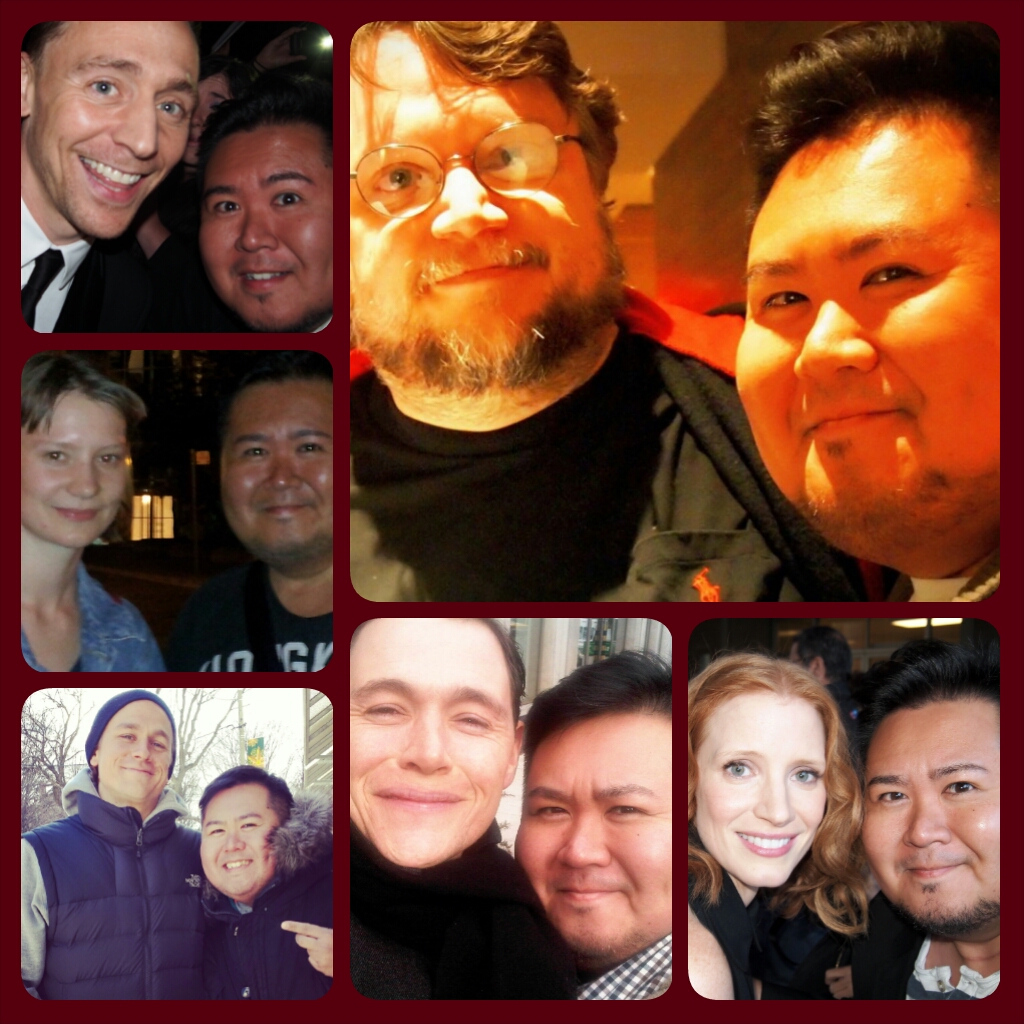