One of Canada’s favourite Rock Bands, the Barenaked Ladies, are in promotional high gear right now in support of upcoming eleventh Studio Disc, Grinning Streak. All week long the now Quartet, have been doing various appearances around the City including performances at City‘s Breakfast Television, CTV‘s Marilyn Denis Show and today they made their way to Global Television‘s Bloor Street Studios to perform a Live Concert free for Fans, interspersed with interviews for both the Toronto and National Editions of The Morning Show.  Drawing a huge Crowd, the Band performed a mix of material – new and old – met with ecstatic reaction from Fans.  Watch the Set here!

After recording a series of lengthy interviews to air later, the Barenaked Ladies came out to greet Fans on the street, including one who was celebrating her Birthday today.

See our Snap with Billy below!  As you can see, Kevin Hearn (Keyboardist) just loves him! 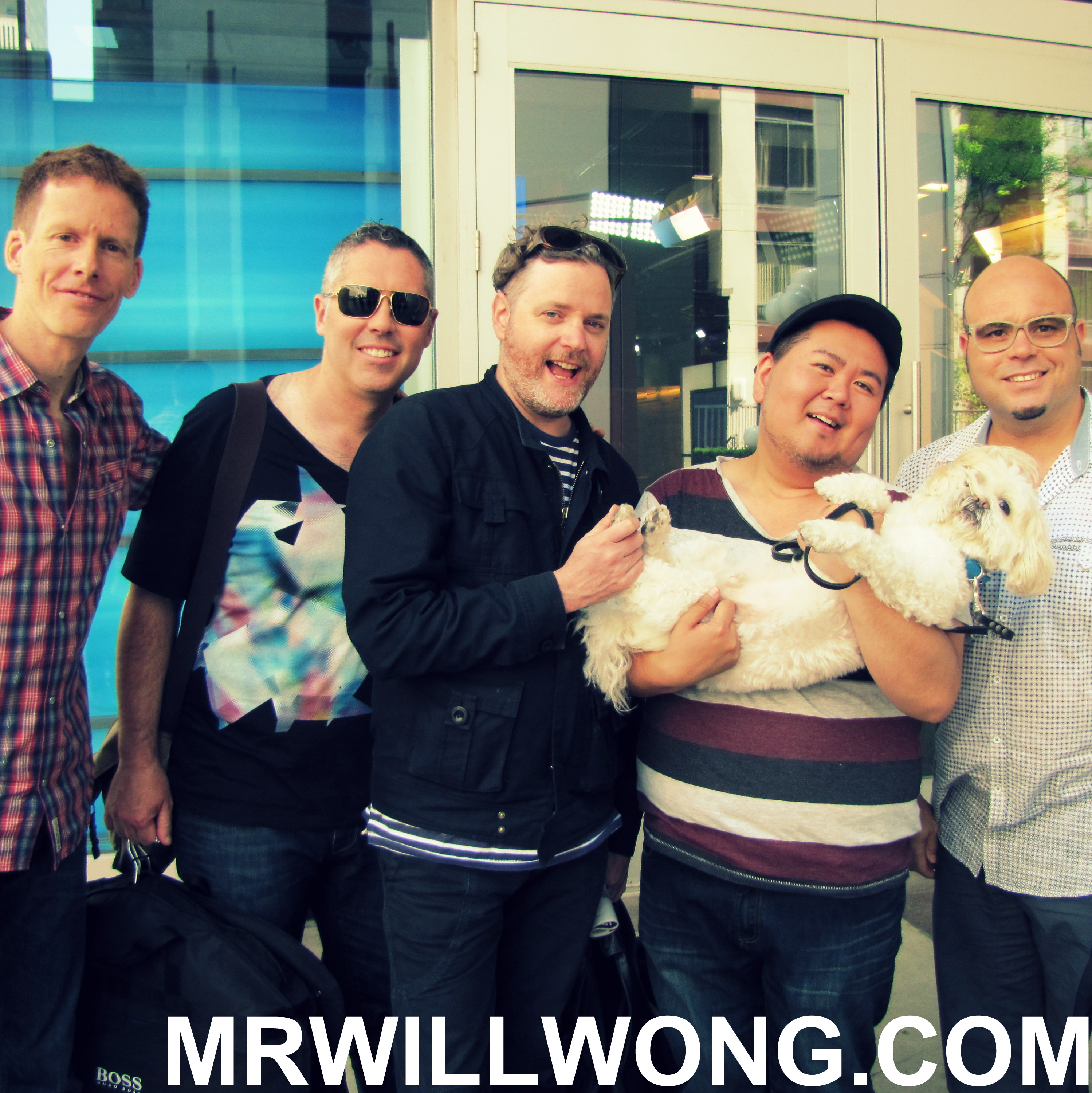