Hong Kong Cinema Legend Simon Yam since the ’70s has charmed Fans of Chinese Television and Film and in a rare visit to the City, the Star descended upon Toronto in support of his Directorial Debut, Tales from the Dark 1. The Horror Film is the first of three parts, premiering at the Toronto Reel Asian International Film Festival  tonight at The Royal.

Yam drew an at-capacity Crowd to the Venue for the Film in which he also stars in addition to helming, surprising Fans with Photo Ops following the Screening. On how to make it through a Horror Film with a loved one, he told the Audience tonight, “Hold her hand if she’s scared. Even if you’re not scared, pretend”, drawing laughter from the Crowd.

I have fond memories watching Chinese TV Dramas with my Mom as a Child, some of the most memorable ones which starred Yam who back then was relegated to Supporting Roles before eventually going on to become a bankable Leading Man at the Box Office. In 2010, he was awarded Best Actor for his work in Echoes of the Rainbow at the 29th Hong Kong Film Awards, proving his longevity as a Star. He made his North American debut back in 2003 starring in Lara Croft Tomb Raider, alongside Angelina Jolie.

See the Trailer for eerie Tales from the Dark below:

Although I just missed the tail-end of Yam‘s appearance tonight at The Royal due to work, I did manage to catch him in the nick of time before leaving town. The Actor, who lives in Hong Kong with his Supermodel Wife Qi Qi and Daughter Ella, was amazingly nice and actual v. fluent in English.   And for being 58, he actually looks amazingly stylish and youthful – showing exactly why he is widely regarded in Asia as a Sex Symbol! “We’re going to take two Pictures okay?”, he tells me gratuitously. Yam was surprised that I was fluent in Cantonese, surprised that I was actually born in Canada.  Not confident our Photos turned out, he ensured I double-checked to make sure I was happy with our Snaps.

You be the judge! 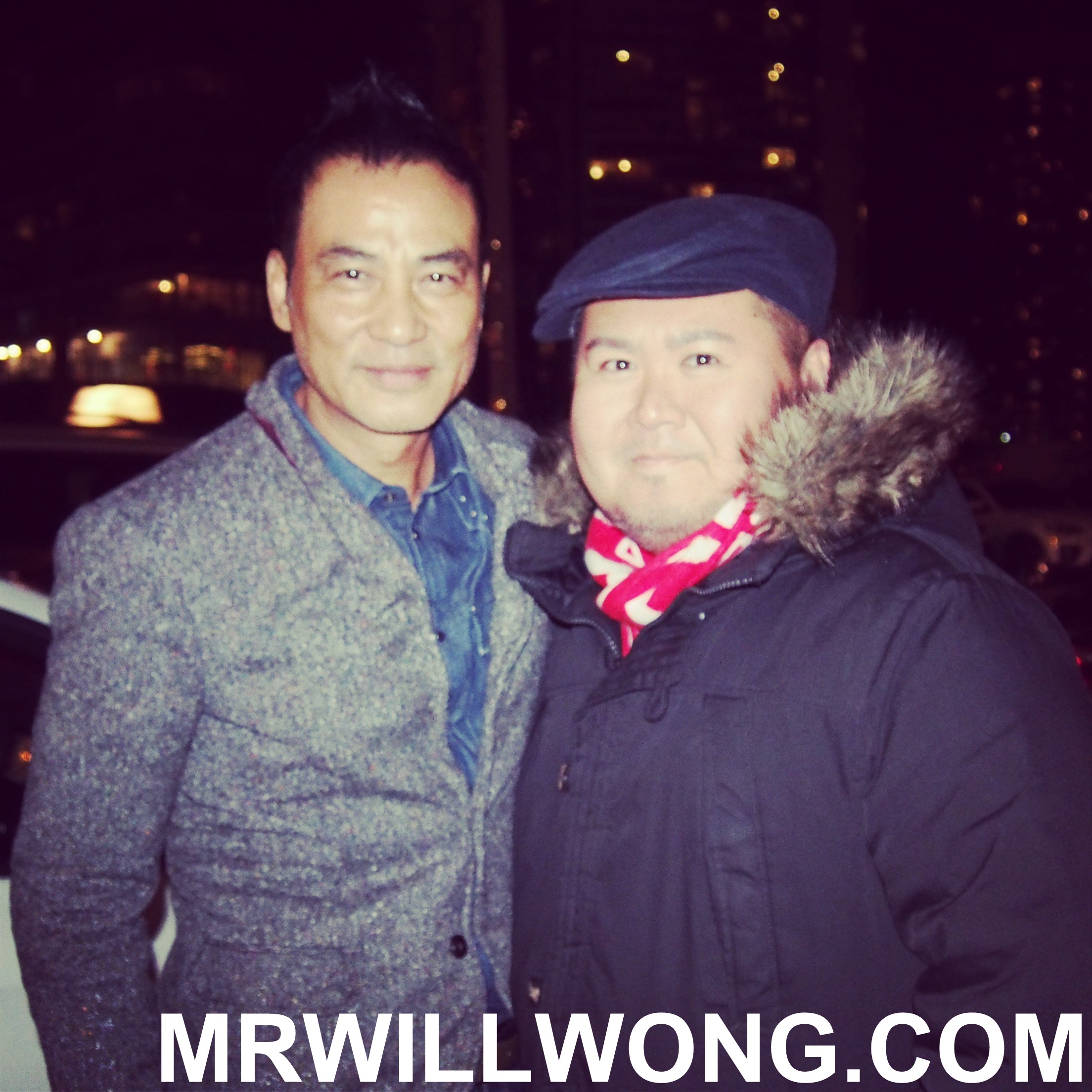