#SPOTTED: AMERICAN AUTHORS IN TORONTO IN SUPPORT OF DEBUT ALBUM “OH, WHAT A LIFE”

Formerly known as The Blue Pages, Brooklyn-based Quartet AMERICAN AUTHORS are prepping the release of their major label debut, OH, WHAT A LIFE to be distributed by Universal Music Canada.  Slated to play a Show at The Mod Club tomorrow night in Little Italy, the Band’s Lead Guitarist/Banjoist James Adam Shelley tells me, “I love Toronto!  Even before I was with the Band, I’d come a couple times a year”.

Shelley, who can speak Mandarin-Chinese I learned, originally hails from sunny Tallahasee, Florida, but his time in New York has prepped him well for dealing with our Extreme Cold Alert. The self-professed Coffee Addict, was rather smitten with Billy, picking him up and playing with him for a bit, insisting he get to hold him in our Group Photo, taken by their awesome Driver.

Bassist Dave Rublin tells me he loves the City and has fond memories of his visit last year, strolling along Queen and King Streets, while Drummer Matt Sanchez wishes he could stay longer.  He reveals the Band is Montreal-bound next.

American Authors already are on-to something big, their super-catchy debut Single Best Day of My Life, on the verge of cracking the Top 20 on the U.S. Billboard Hot 100 Chart. Chances are even if you’re not familiar with them by name, their Single should strike a chord of familiarity, having appeared in high rotation in commercial and Trailer formats.

Check-out Best Day of My Life below:

Pre-order Oh, What a Life on iTunes here!

And of course, our Snap: 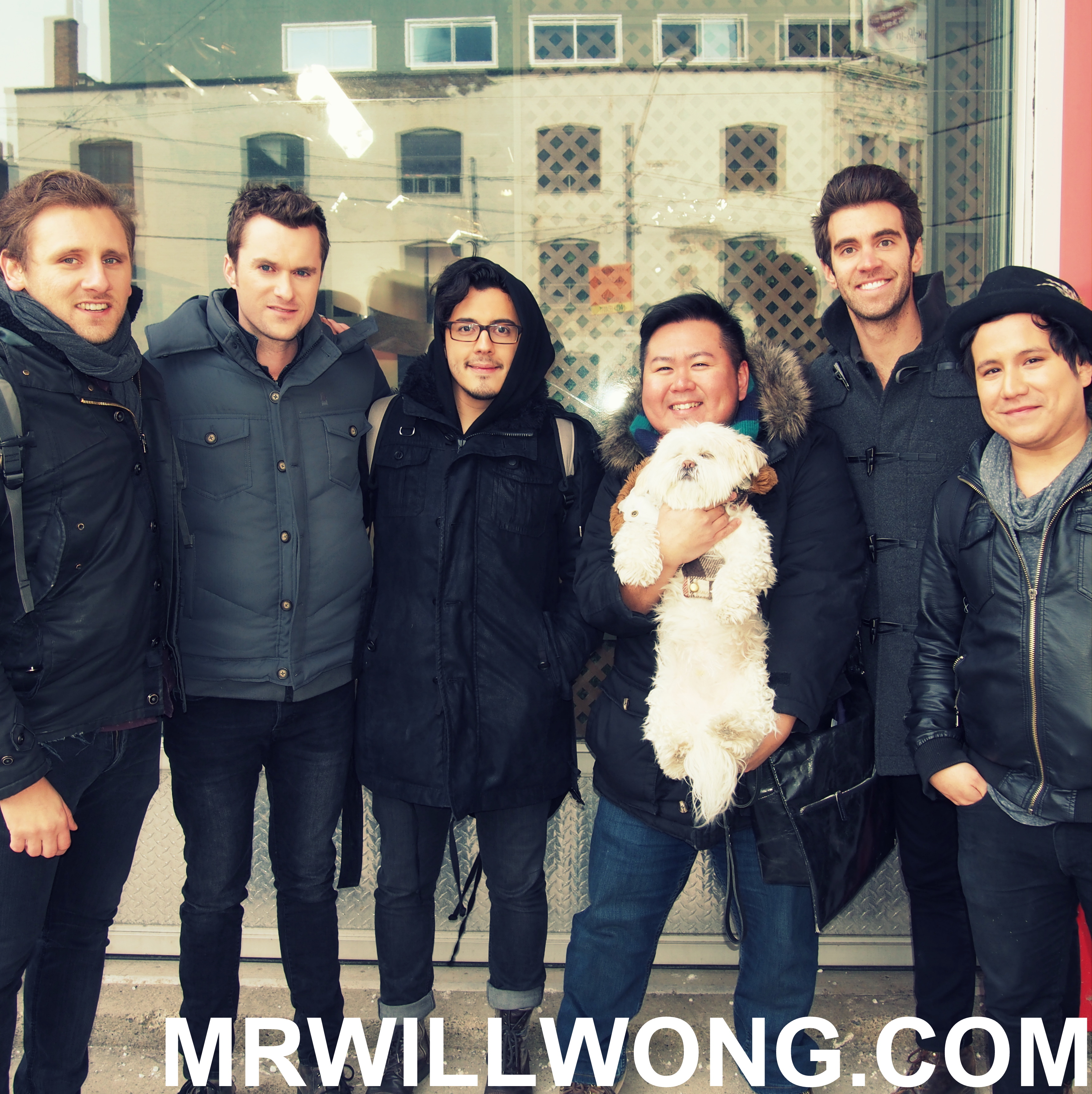