His acclaimed work has won him accolades over the past three decades, winning him Emmys, Golden Globes and Screen Actors Guild Awards.  With a #1 Film at the Box Office two consecutive weeks in The Boss Baby, dethroning Beauty and the Beast, Alec Baldwin has been at the forefront of collective consciousness of late with his running impression on  Saturday Night Live of President Donald Trump.

Baldwin reflects upon his success in brand new HarperCollins memoir NEVERTHELESS and the book brought him to Toronto tonight – albeit a bit late – bringing him face to face with fans and Indigo‘s Manulife Centre location.  Rushing-in from the airport tonight after some flight delays which saw him landing just at his book signing was to start at 6 PM, Baldwin had to by-pass an originally scheduled pre-signing Q&A, going straight into a rapid-fire signing with fans.

NEVERTHELESS goes into detail about his parents’ troubled relationship to his struggles with addiction and several other of personal battles. As Baldwin‘s book tour takes him to additional cities including Chicago next, he took the time to post online some clarifications regarding his book, explaining that there were some issues with “typos and errors” in a statement made on its Facebook page here.

While much talked about and well-promoted by the amazing Chapters Indigo, some of the 300 wristbands made available for fans surprisingly were still available at the start of the event. Perhaps a strict list of stipulations (or a Bon Jovi concert running in tandem) at the request of the talent had some sway on the turnout?  Rules like no posed photography nor photography of Baldwin from the stage were communicated in advance, which later applied too to fans waiting behind barricades far enough away from the stage, at the whim of event security.   Despite access not being opened to media on the promise of a more intimate experience with fans,  rows of fans were ushered through at a hurried pace without a real chance to connect with the talent. Perhaps this should serve as a reminder to talent that book signings should  be about utilizing these opportunities to really connect with fans and supporters?  Have fan expectations in this day and age gone beyond just simply the scribble of a non-personalized autograph at these events?  While respect and appreciation must go to the talent – and it was a great honour being in Baldwin‘s presence –  fans also often put aside an entire day to queue for wristbands and re-queue again for a spot at these signings.

See some snaps of Baldwin (click on right arrow to scroll):

#AlecBaldwin a bit late, but made it in town for rapidfire signing in support memoir #Nevertheless at Indigo Manulife. 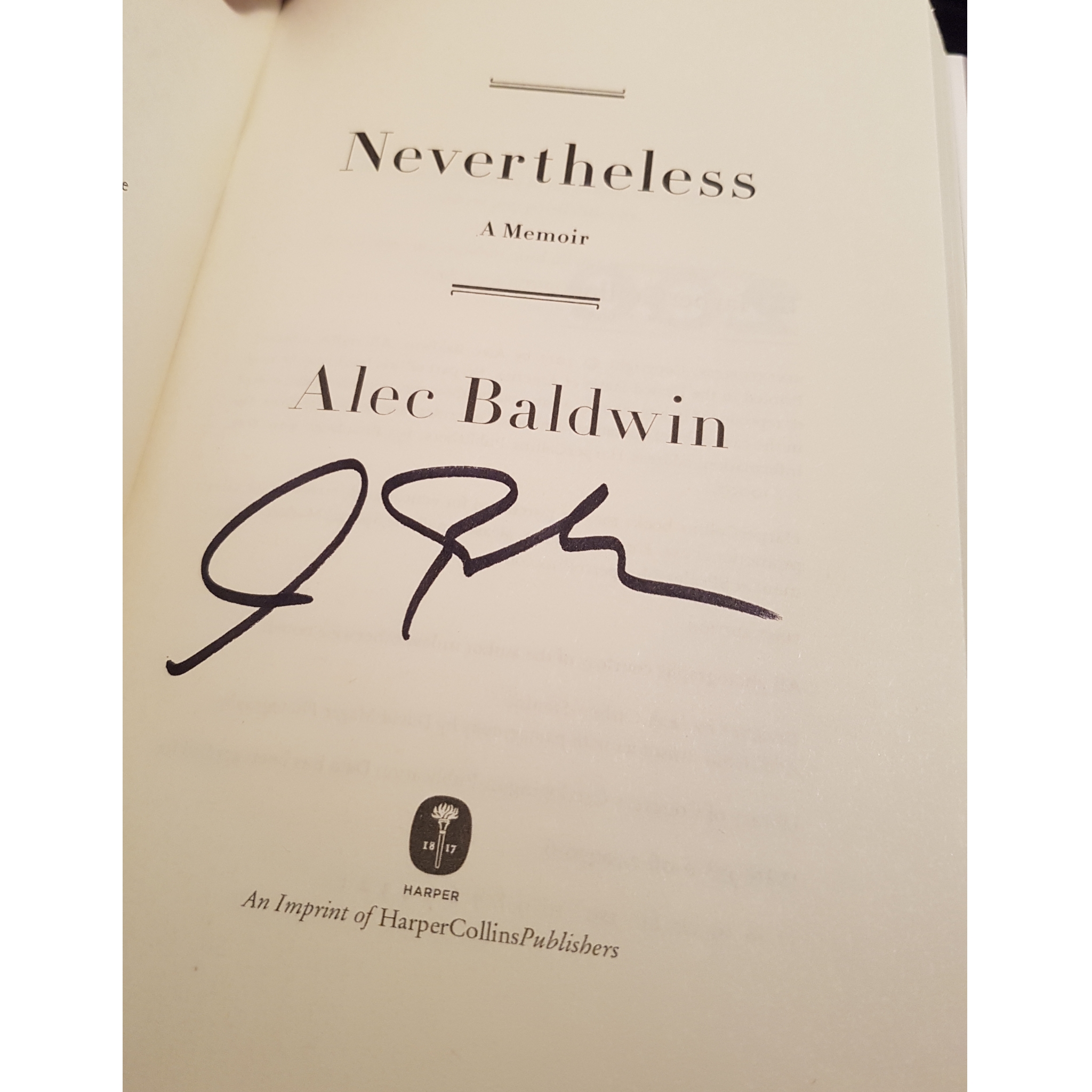