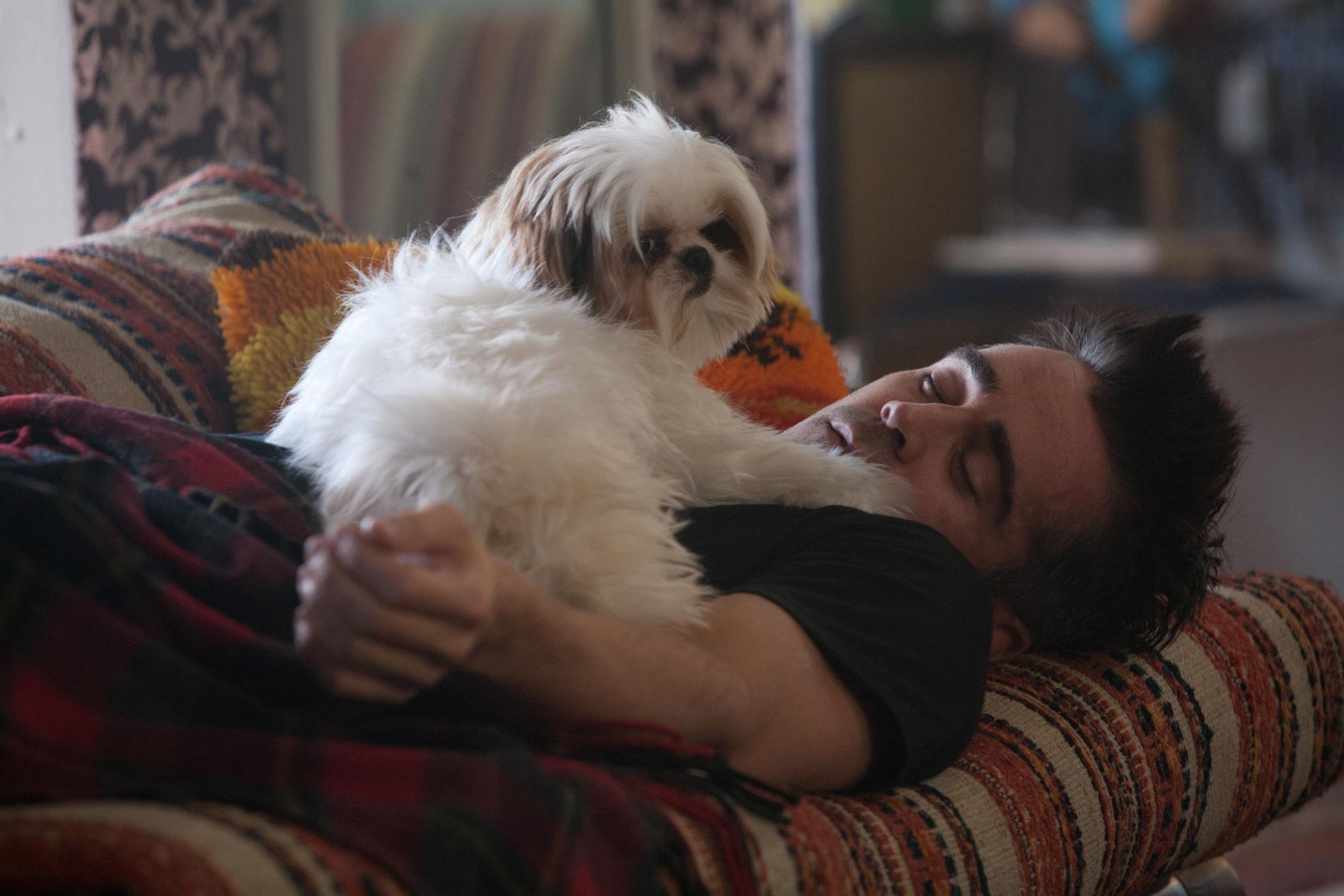 Marty (Colin Farrell) is a  Screenwriter strapped for inspiration, finding himself entangled in a fatal web after his Friend Billy (Sam Rockwell) kidnaps the beloved Shih Tzu Bonny of dangerous Criminal, Charlie (Woody Harrelson).  Things spiral dangerously out of control as Charlie closes-in on solving the mystery of who kidnapped his Dog at all costs, sparing lives if need be, while inspiration is being thrown at Marty from all directions at a pace he can’t quite handle.  Joining-in on the journey is Hans (Christopher Walken), a reformed Man with good intentions. Ultimately, Martin McDonagh’s (In Bruges) Seven Psychopaths becomes more than just a story about a Man and his search for his Dog, but more so a funny clash of quirky personalities, violent tempers and blazing guns.

This Winner of the TIFF 2012 Midnight Madness People’s Choice Award is perhaps one of the more violent Films in recent memory which oddly at once has peaceful undertones. What makes Seven Psychopaths unique is that the Movie itself becomes the actual Story and we never are quite sure where these twists and turns will lead us.  Somewhat Tarantino-esque, minus some of the extravagance, the Comedy is a look at the meaninglessness of Violence, told through  the superb work of its Ensemble Cast, including Scene-stealer Rockwell who makes Psychopathic look fun and well-meaning, while Walken, Farrell and adorably doe-eyed Bonny the Shih Tzu (yes, she has a Facebook Fanpage!)  balance perfectly the Chaos with their Reason and Humanity.

This might go over a few heads, but those who will love it will be wildly entertained and maybe even find it bloody cute.  Alliance Films releases Seven Psychopaths on October 12, 2012.

Click here to cancel reply.
#REVIEW – “THE PERKS OF BEING A WALLFLOWER”
#REVIEW: “SINISTER”