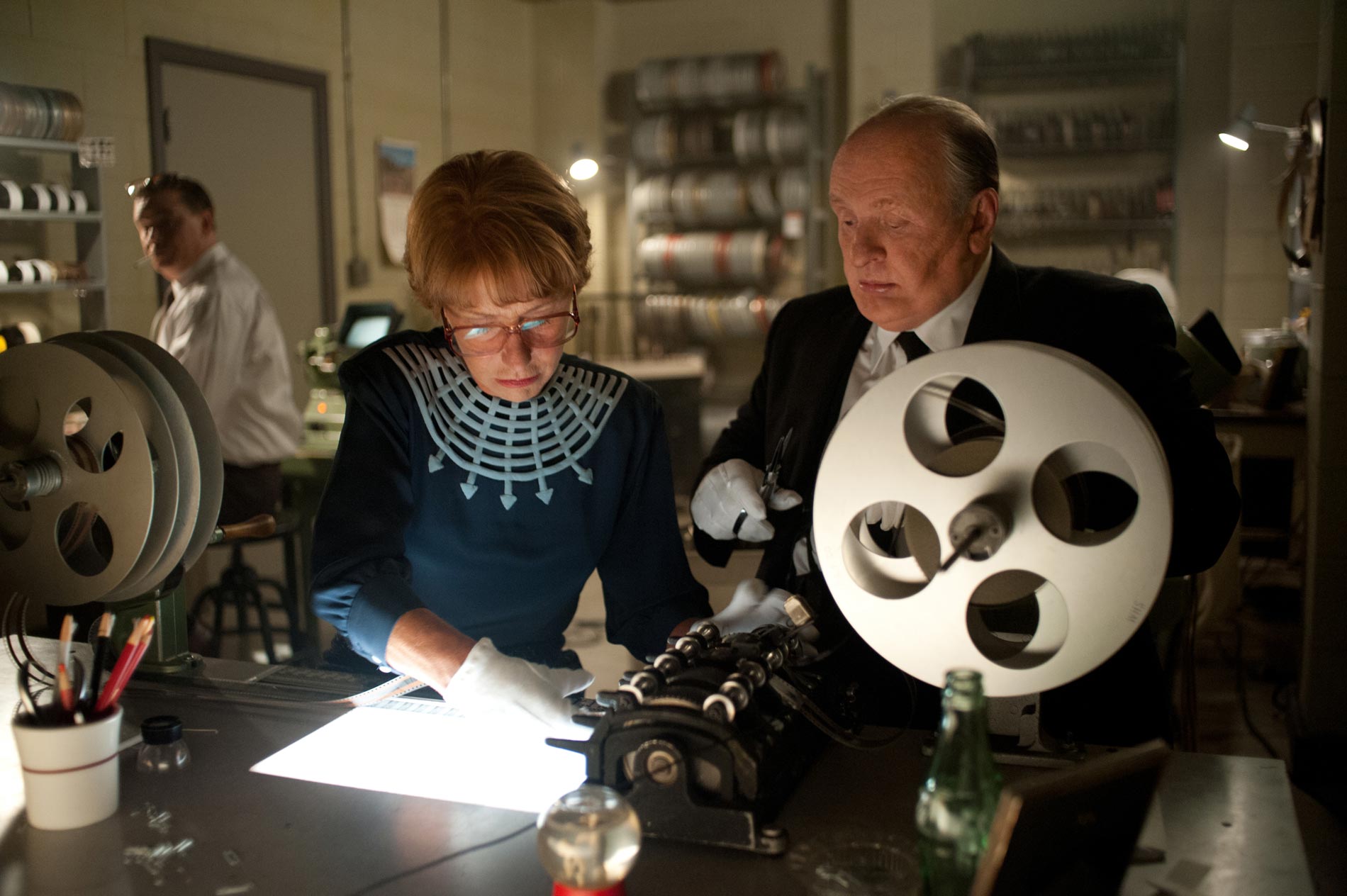 For those of you expecting a Biopic about Alfred Hitchcock, you just might be slightly disappointed.  Those of you who have paid mind to the Trailer for Hitchcock or read its Synopsis for that matter,will know fully what you’re walking into.  Perhaps a Disclaimer as such could have silenced criticisms against 2011 Films which I actually adored like The Iron Lady and My Week with Marilyn?

Based upon the Book Alfred Hitchcock and the Making of Psycho by Stephen Rebello, Director/Screenwriter Sacha Gervasi steps-up to the daunting task of bringing to life a crucial and defining period in the life one of the greatest Filmmakers of all time.  What results is a delightful – although maybe a bit too simplified – 98-minutes of a Love Story behind the making of a Movie, shining a bright light on the magnificent Talents that are Anthony Hopkins (Hitchcock) and Helen Mirren (Alma Reville).

Cut skilfully, we are given an intimate look at the struggles which Hitchcock and his Wife/Professional Confidante Reville faced with the tensions in their marriage.  This is criss-crossed with the intense creative and financial pressures Hitchcock faced, putting his Home on the line to finance Psycho – then a Film he became obsessed with making, despite a lack of support from longtime Partners Paramount Pictures, which had grown wary of his bankability in the late ’50s.

Not all however is serious and heavy in Hitchcock as one might assume.  Much humour and charm can be found in Hopkins and Mirren‘s brilliant Chemistry as their misunderstandings and insecurities at once are a bit absurd, yet also endearing. Mirren shows her mettle in one fiery confrontation with Hopkins,which will have the Theatre cheering – at least they did at my Screening!

Meanwhile, Scarlett Johansson absolutely is stunning as iconic Actress Janet Leigh in a portrayal which surely would make Daughter Jamie Lee Curtis proud. Supporting turns from Toni Collette and Michael Stuhlbarg as Hitchcock‘s most trusted Staffers are superb – even with our attentions set fully on our Hero and Heroine. Look for a Cameo from The Karate Kid himself, Ralph Macchio and notably, Jessica Biel shows great maturity here as Vera Miles.

Fox Searchlight banks commendably on the growing trend of Stories centered-on and catering to older people and should find great return on the investment here come Awards Season with the buzz that will come from these performances.  Hitchcock opens in Toronto on November 23, 2012, in Vancouver on November 30, 2012 and Calgary on December 7, 2012.