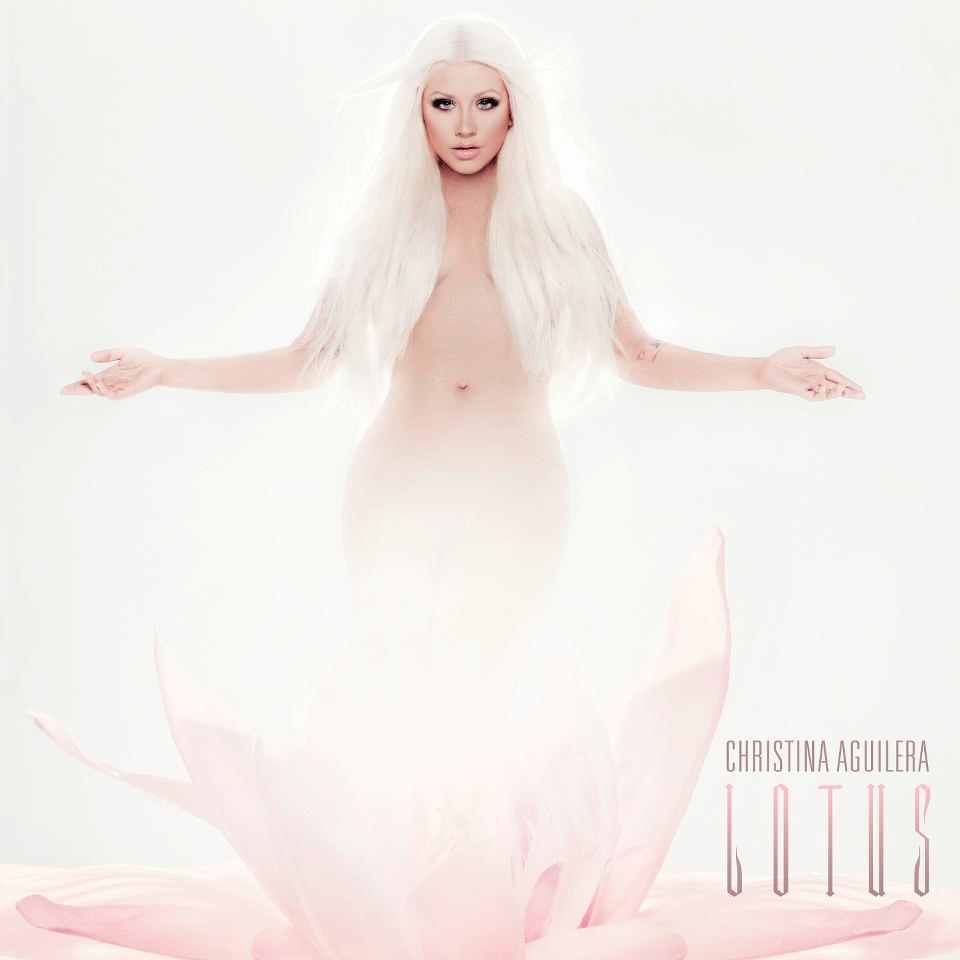 By far her most cohesive Album, Christina Aguilera proves that seventh time’s the charm on Lotus, her latest offering after a two-year absence following 2010’s patch Bionic.  Drawing on the inspiration which came from her Divorce from Music Marketer Jordan Bratman, her experiences as a Mother, the disappointment surrounding that last lowest-selling Disc and also her big Stint on NBC‘s The Voice, Aguilera definitely has lots of ground to cover here.

Co-writing seven of the Disc’s twelve Tracks, Lotus showcases a much more self-assured and confident Aguilera than we’ve ever heard before, achieving that ever-illusive edge she’s been hoping so much to deliver, which at once is easily overlooked with humbling Tunes like What a Girl Wants and Reflection in her Back-Catalog.  The Disc is a success in that it takes uncharted risks, while still v. much remaining through and through a highly-listenable Pop Album.  Lotus is much more focused on being a Listening Experience and about evoking Mood than about being  just a display of powerful Vocal Showmanship.

Aguilera takes a few risks like the Country-Pop Ballad Just a Fool with her The Voice Co-Star Blake Shelton and goes Reggae on Around the World, while Blank Page co-penned by Friend/Collaborator Sia is introspective and vulnerable, reminding us of the same Artist we loved so much in her Stripped era on Masterpieces like The Voice Within and Beautiful.  Make the World Move, another Duet with a Co-Star in Cee-Lo, is all soulful Motown goodness, allowing both fine Vocalists an opportunity to showcase what exactly they do best.  My love for the Max Martin/Shellback-penned Lead Single Your Body is no mystery, as easily I have tallied three days straight now listening to the Electro-Throbber on-repeat.  A second Contribution from that Duo, Let There Be Love, equally is superb and v. much is where Pop Music is right now in terms of Trend.

The Genius of Lotus makes it easy to forgive the missteps that were Aguilera‘s Back to Basics and Bionic Eras.  The former GRAMMY Winner for Best New Artist fulfills her promise and whether or not the Public is as interested still as they once were, she’s never been in finer form musically.