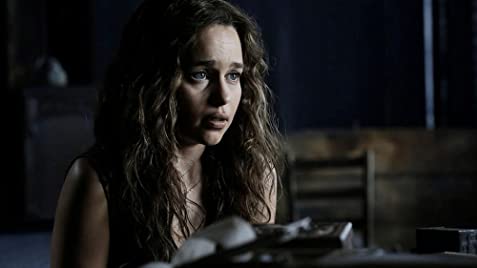 Above Suspicion definitely has its moments, but its star makes it a rewarding watch. The Movie focuses on the true story of the first FBI agent convicted for murder, while an interesting and compelling story (in that it hasn’t happened more often), it needed just a bit more substance to fill it out.

The Movie centers on Susan (Emilia Clarke) and her ex-husband Cash (Johnny Knoxville), the town’s most notorious local drug dealers. His friends are also involved in some bank robberies that attracts the attention of the FBI with agent Mark (Jack Huston). Susan is miserable with the way her life turned out, and decides to work with Mark to take down the bank robbers with her inside connections, so she can start a new life helping the FBI. However, the relationship between Susan and Mark takes a romantic turn which gives a false sense of security to Susan.

Above Suspicion works largely due to Emilia Clarke’s performance, even if the voiceover accent takes a bit of getting used to. Clarke truly excels and delivers a fantastic performance that captivates the audience throughout the Feature. We just wish there was chemistry with Huston.

While the Film definitely tells the very interesting story, it could be argued that this subject would have been more interesting and intriguing as a non-fiction tale, versus a fictional take.