Martin McDonagh‘s Three Billboards Outside Ebbing, Missouri, which like The Shape of Water is distributed by Fox Searchlight and winning the People’s Choice Award at TIFF ’17, is seen as the Best Picture favourite. It comes hot-off a win for Motion Picture Drama at the Golden Globes and three Screen Actors’ Guild Award wins earlier this month. It gets seven nods including Directing, Lead Actress (Frances McDormand), Supporting Actor (Woody Harrelson, Sam Rockwell), Directing and Original Screenplay, among others.

While there was uproar that Greta Gerwig was omitted from Directing honours at the Globes, the Academy shows their respect for the Lady Bird Helmer in light of the #MeToo and #TimesUp initiatives at the forefront of discussion. Rachel Morrison also becomes the first woman ever to get a Cinematography nod at the Oscars for Mudbound.

Director Jordan Peele like Gerwig finds Oscars recognition with his first Feature, the Horror Get Out. The Film sees Daniel Kaluuya up for Leading Actor and Peele up for Original Screenplay.

Being in the news much of late with allegations of sexual misconduct, James Franco was omitted from the list despite great acclaim for his The Disaster Artist. The Film centering around “the worst Movie ever made”, The Room, does get a nod for Adapted Screenplay. Others are expressing discontent Armie Hammer for Call Me By Your Name and Wonder Woman were disregarded.

Singer Mary J. Blige gets her first Oscar nomination as an Actress (Supporting) for her work in Mudbound.  She also is up for Original Song with Mighty River from that Netflix release.

Canada gets recognized with Canadian-produced Animated Feature The Breadwinner, in which Angelina Jolie produced. Many thought her First They Killed My Father would get a Foreign Language Film nod but alas it missed.

See more of this year’s Nominees below: 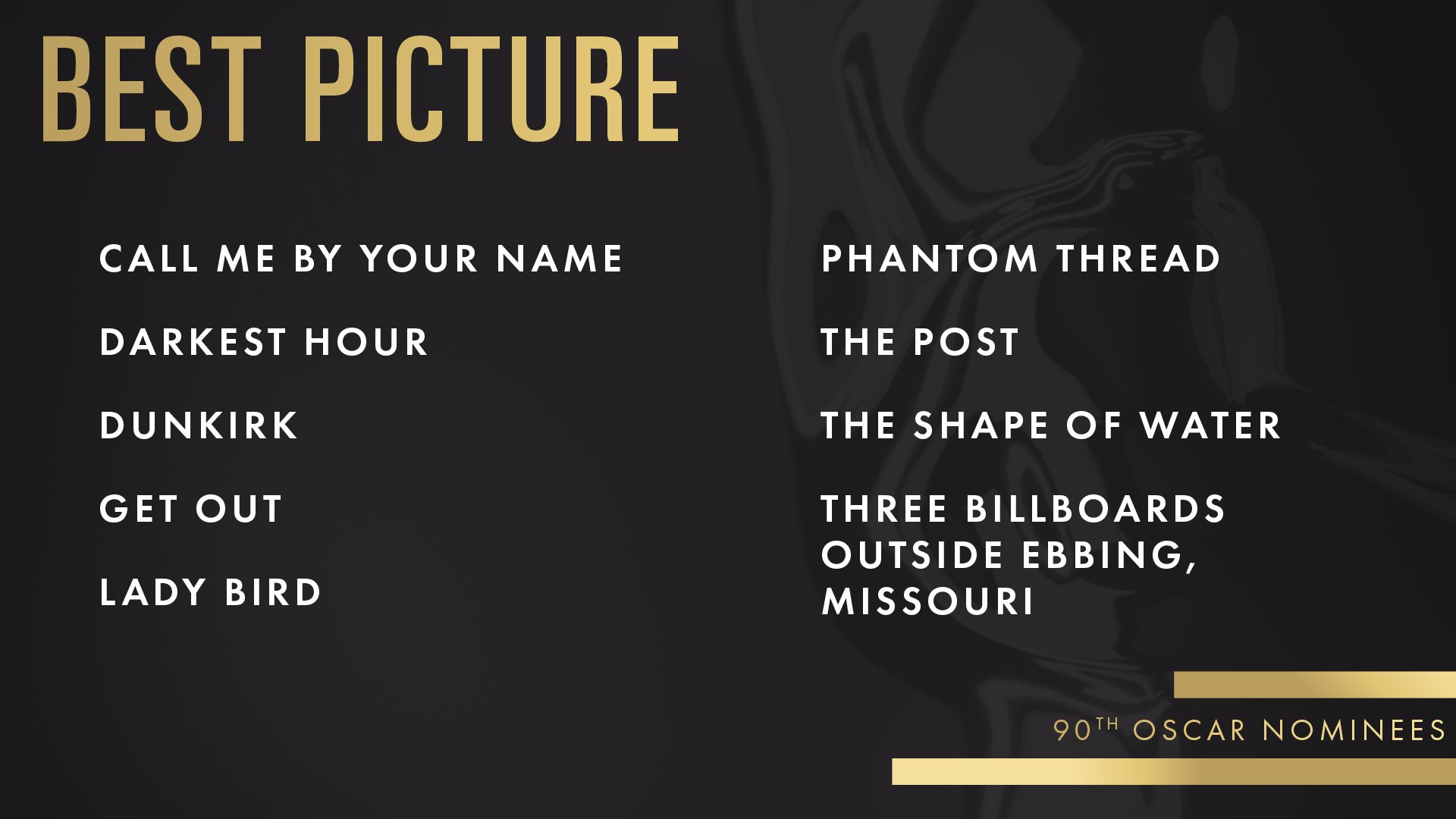 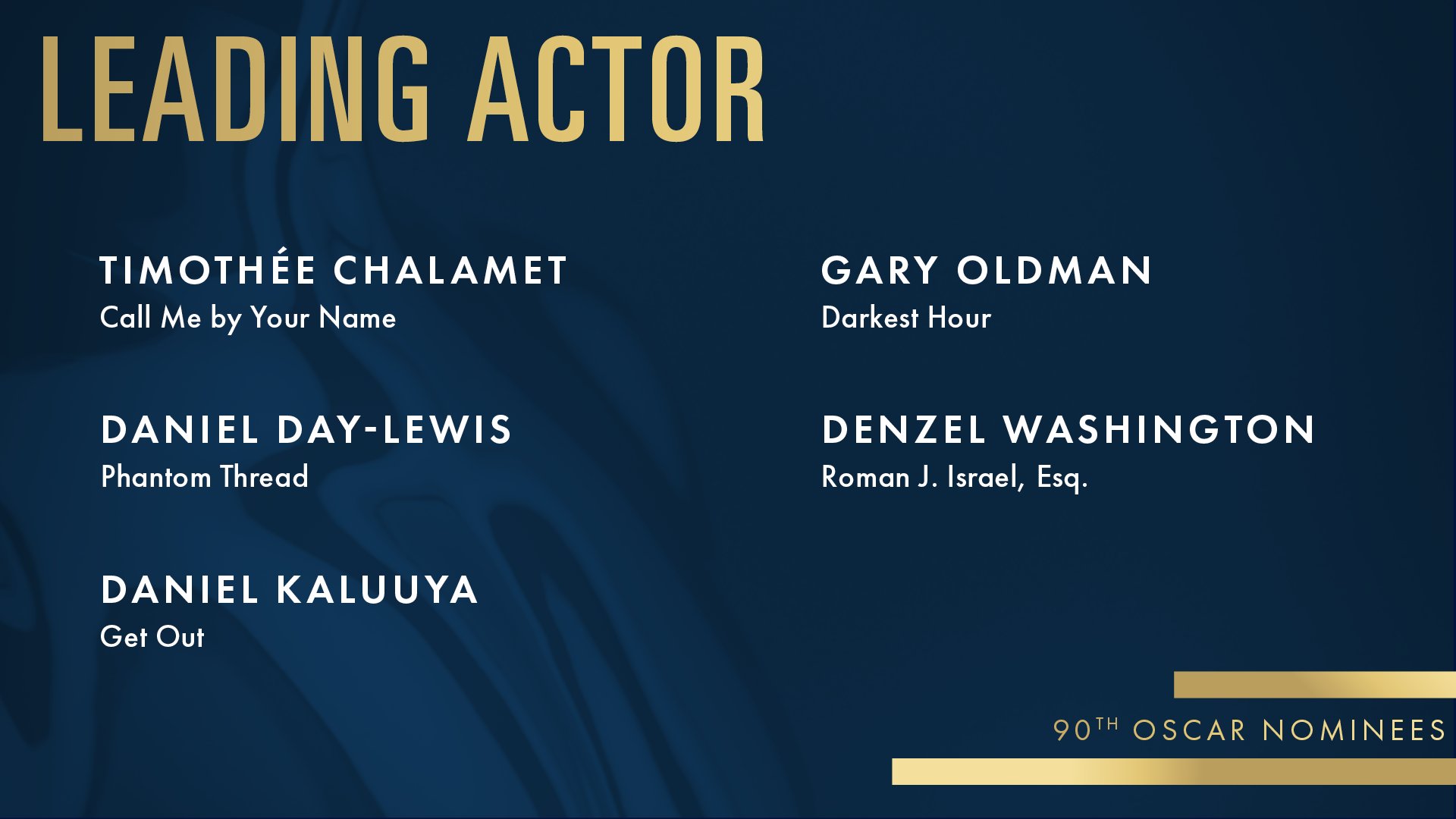 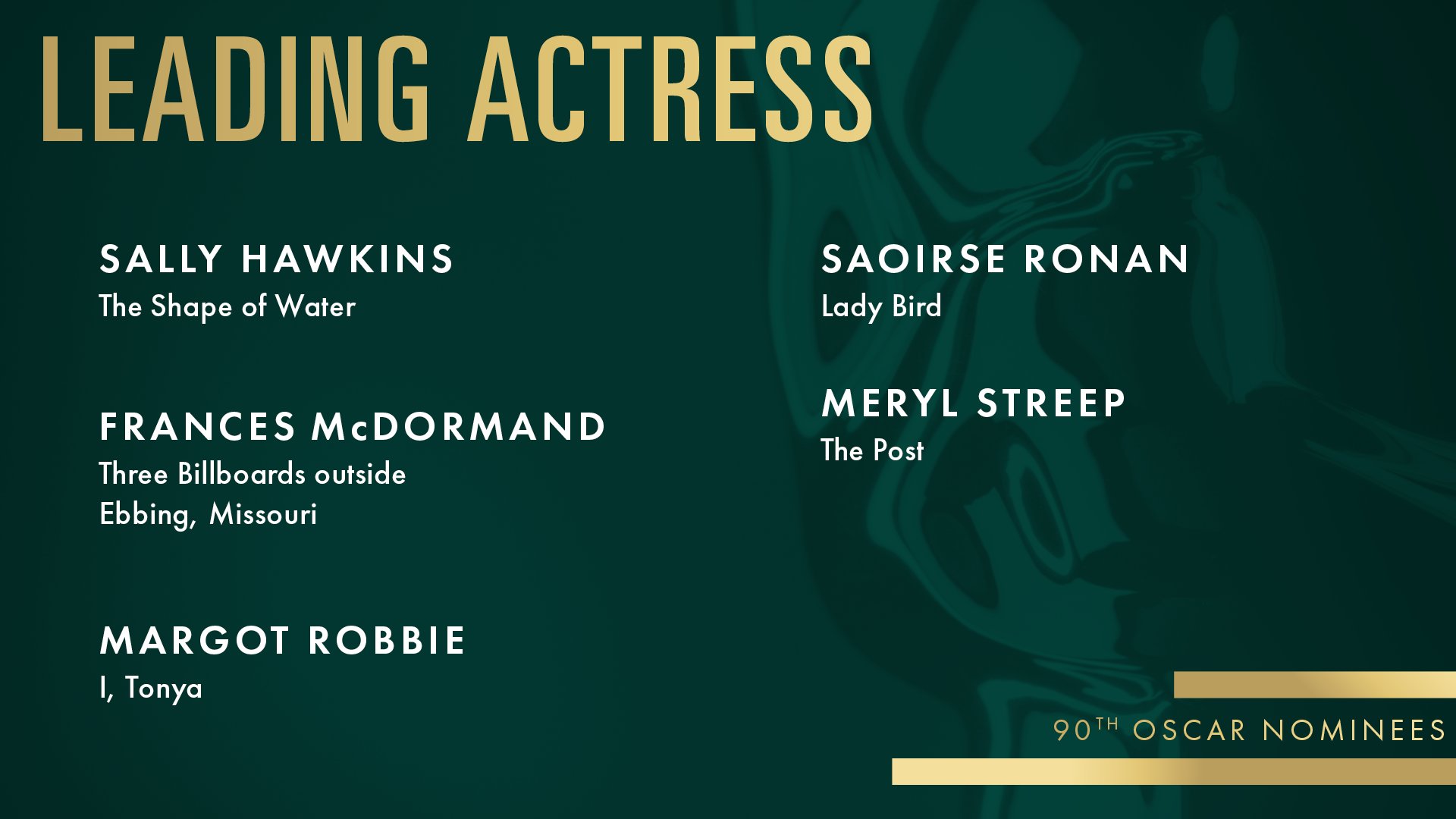 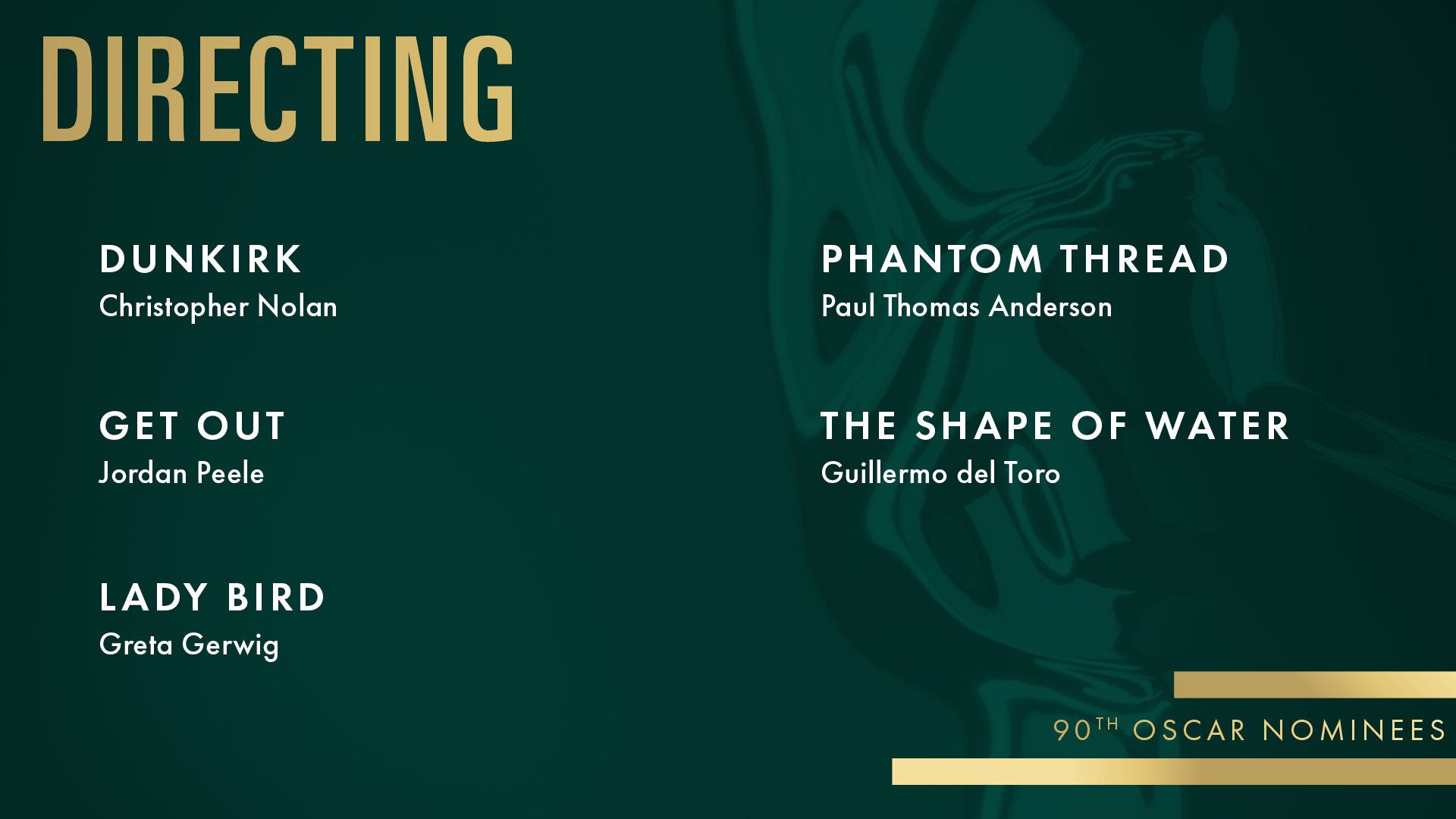 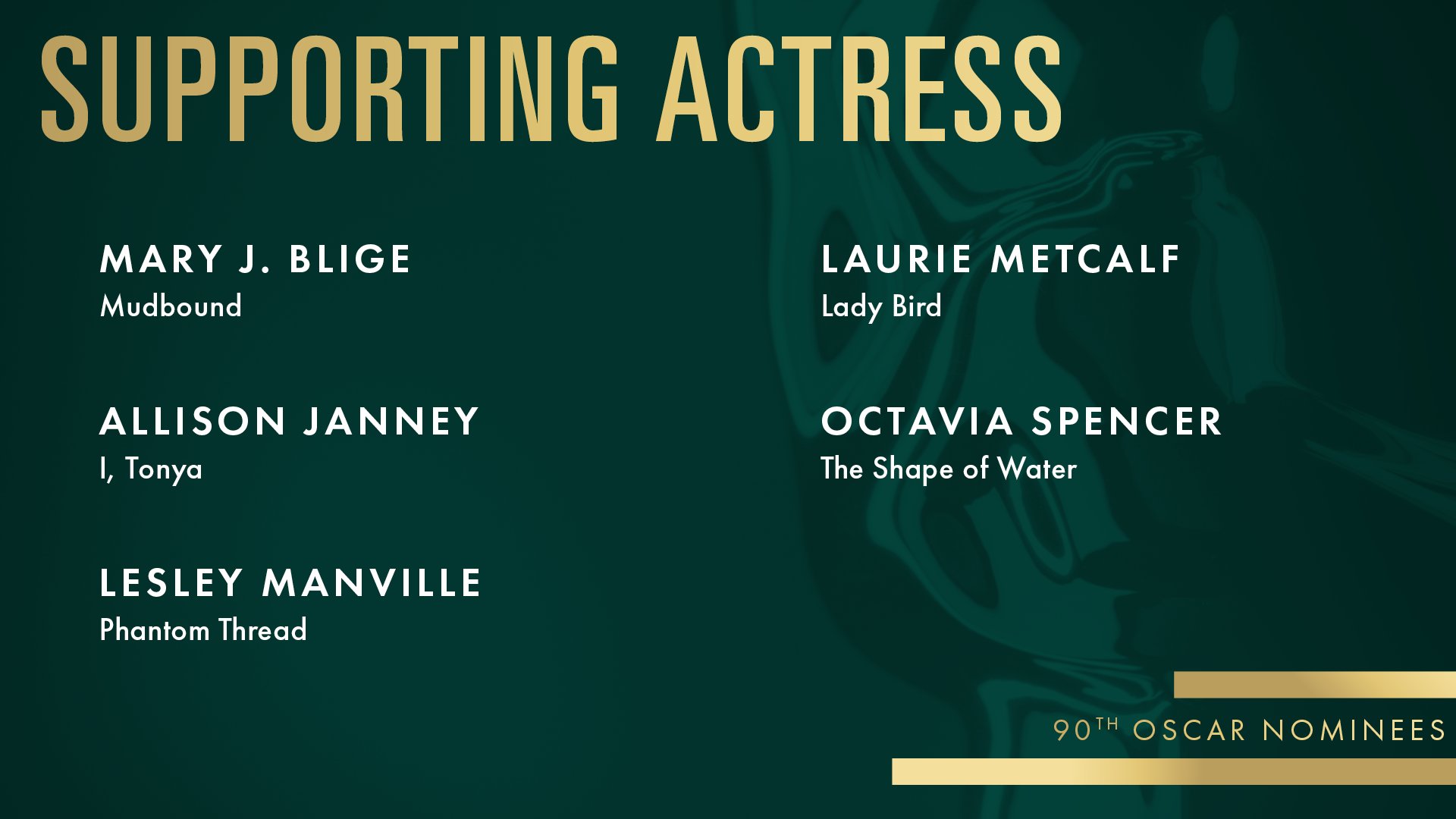 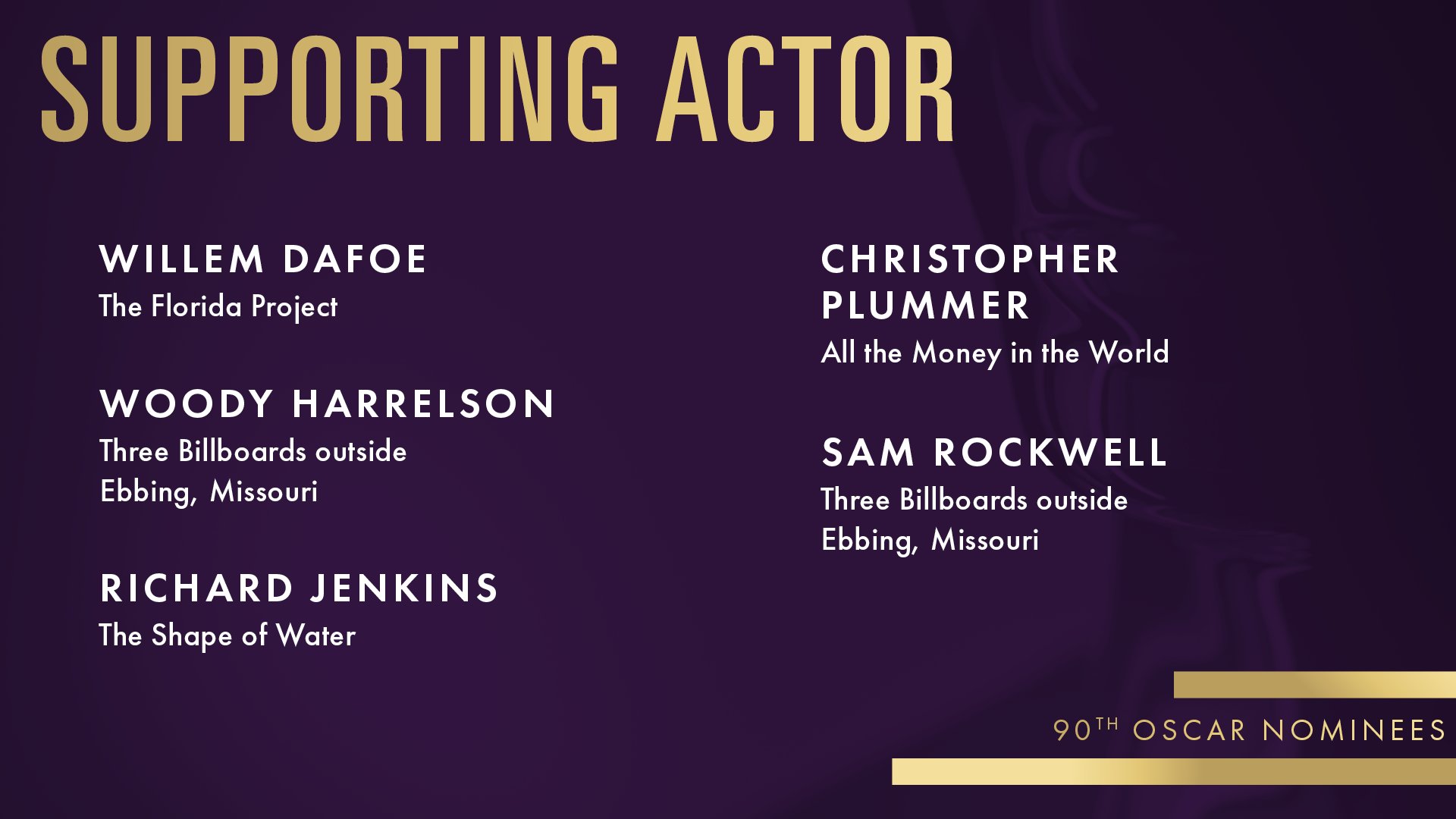 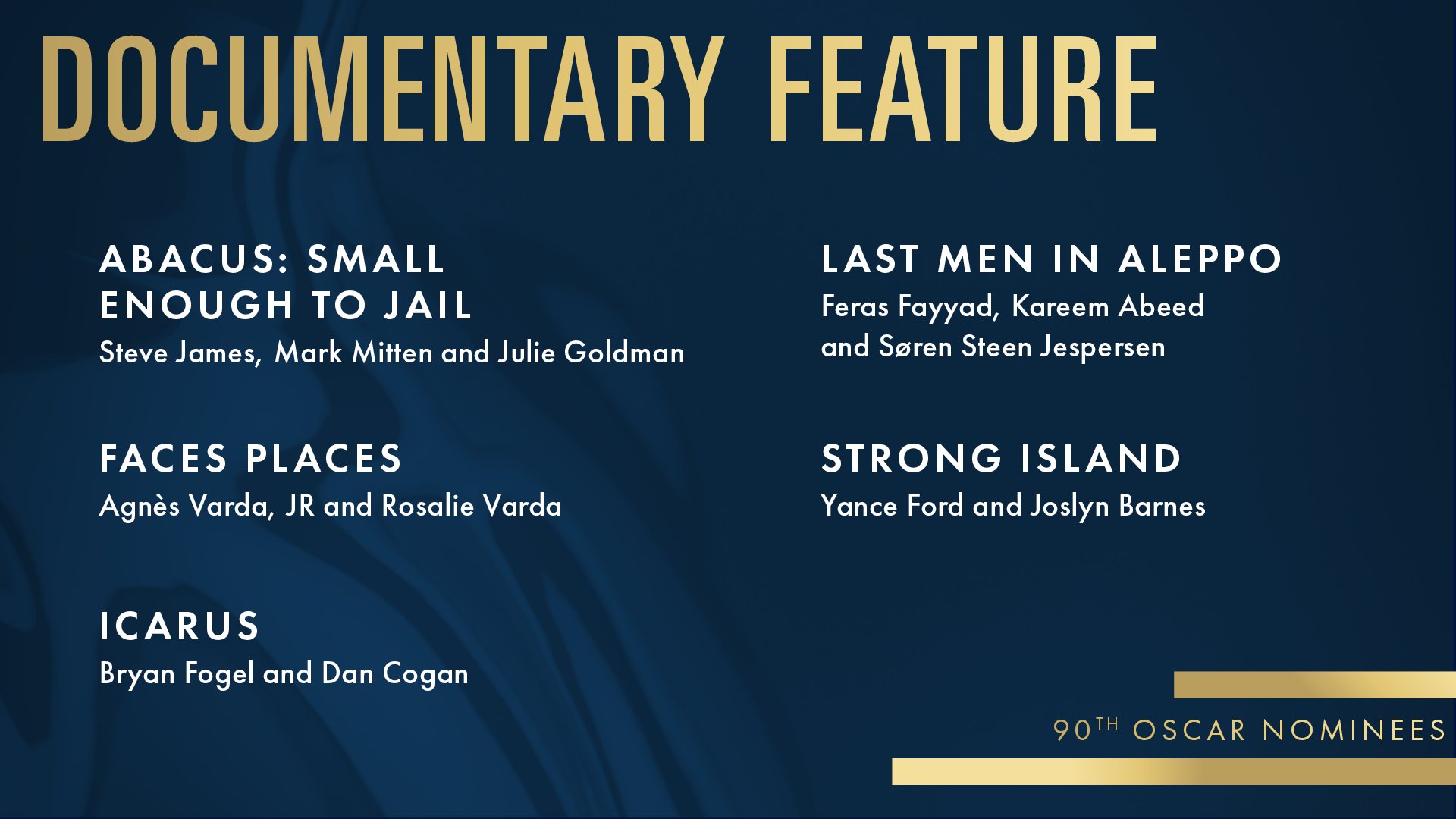 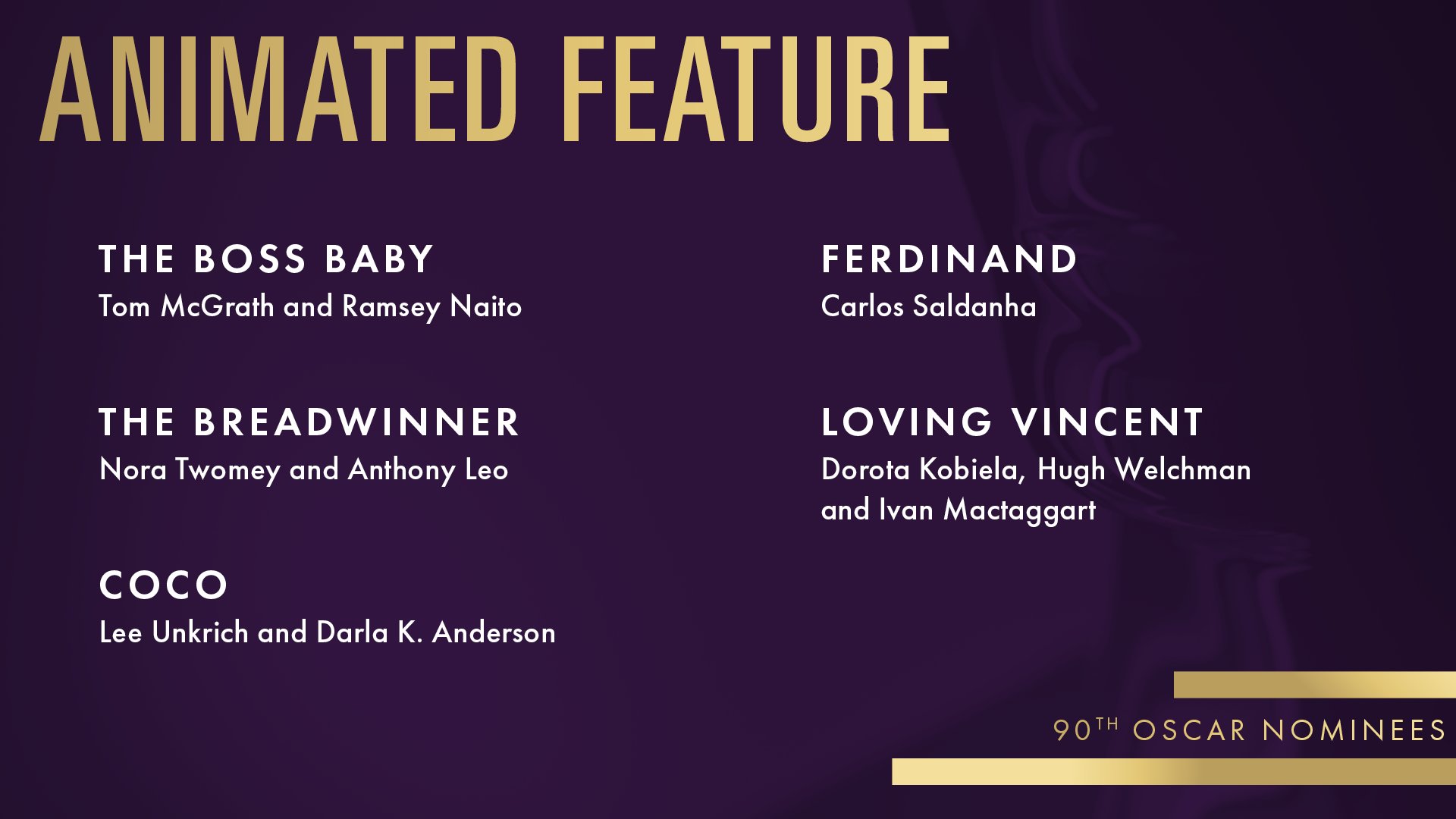 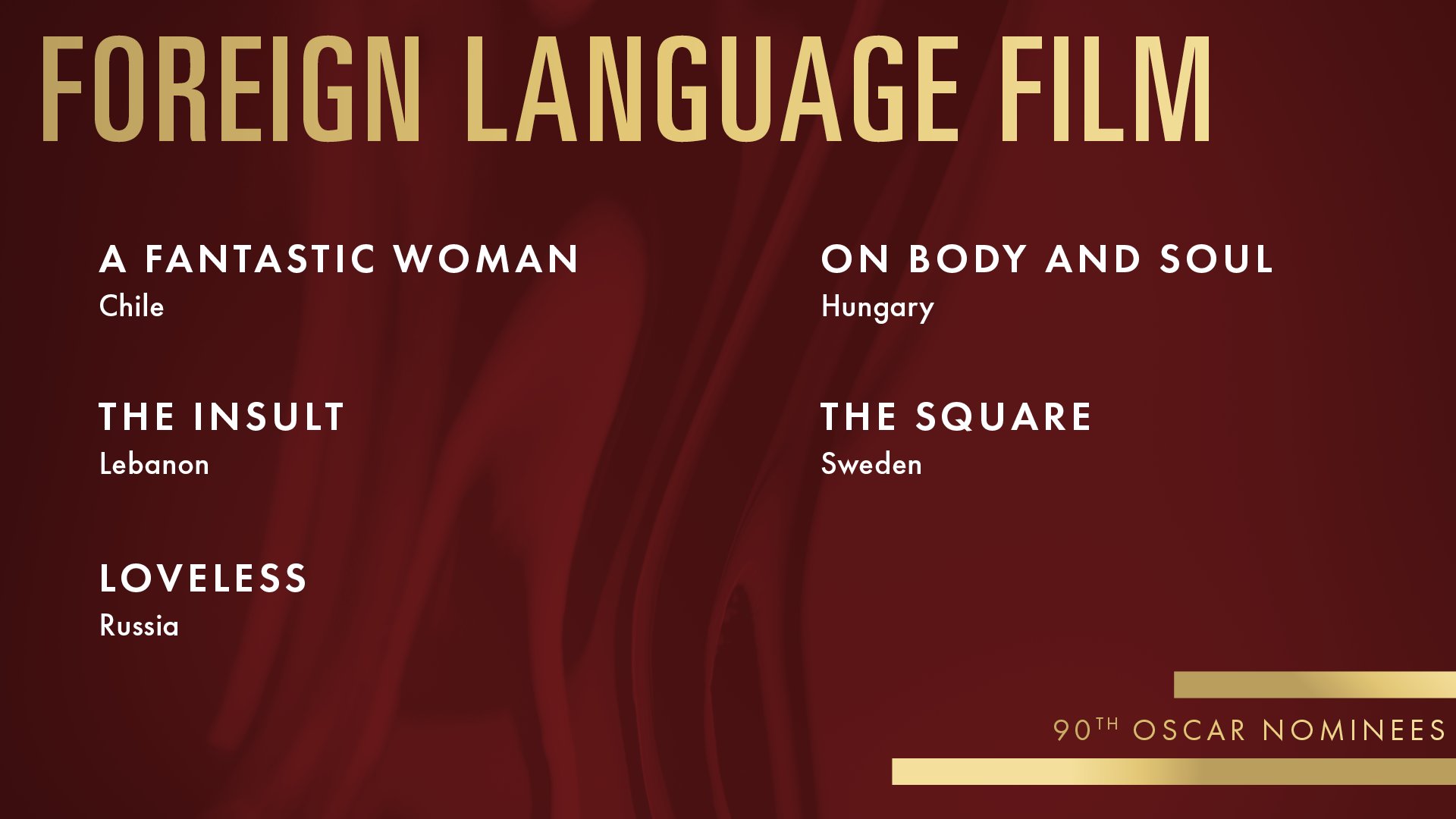 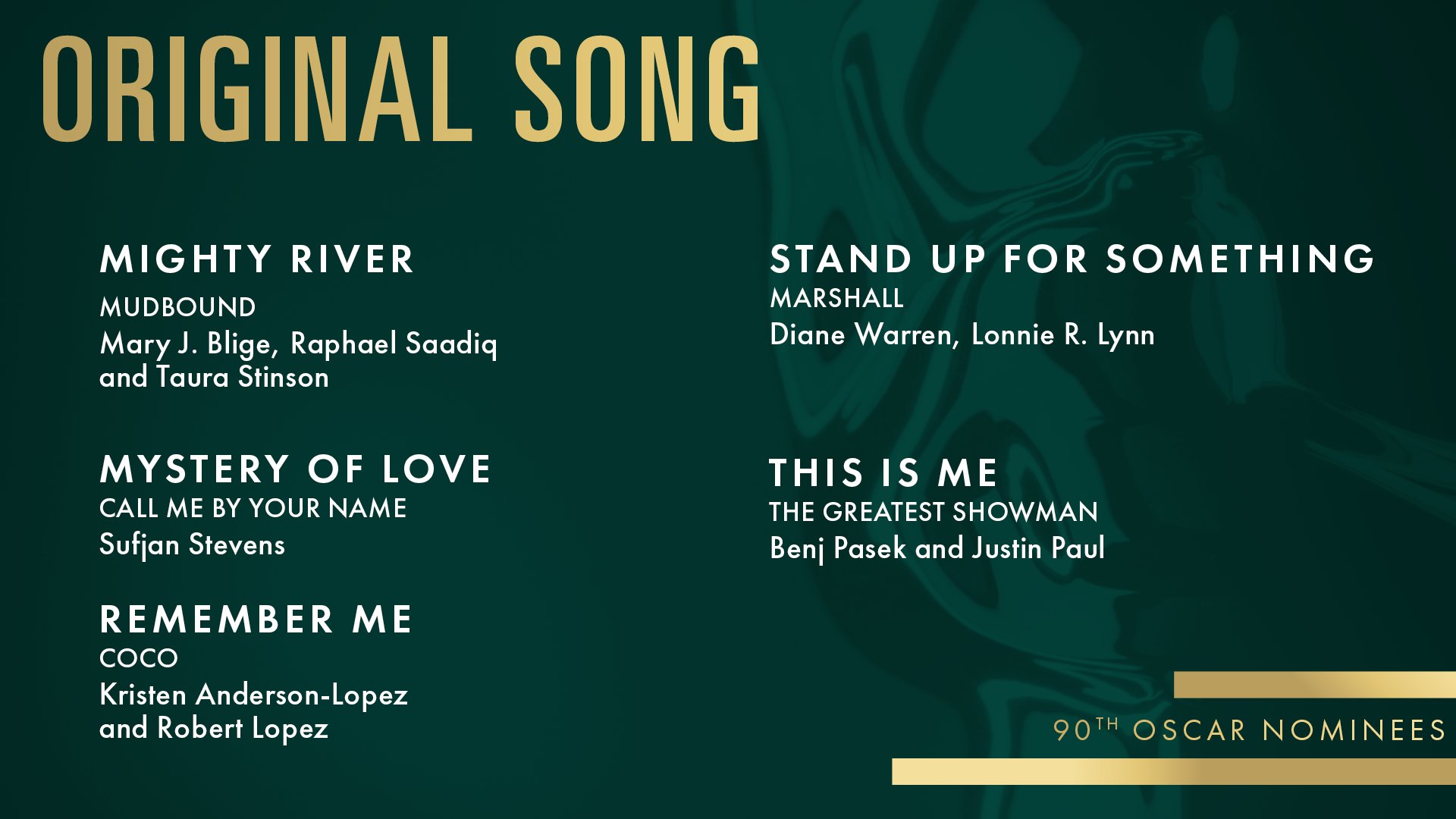 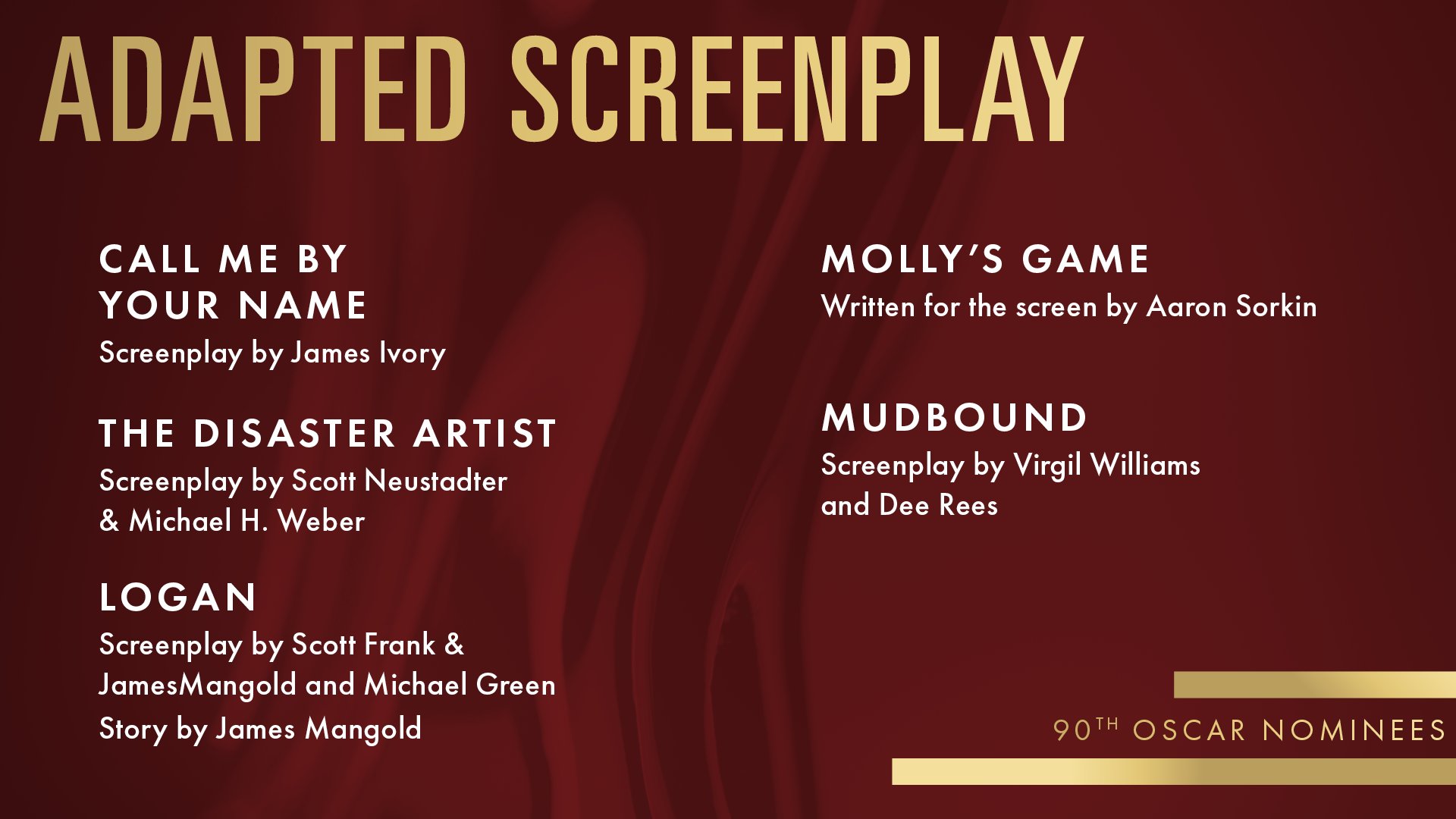 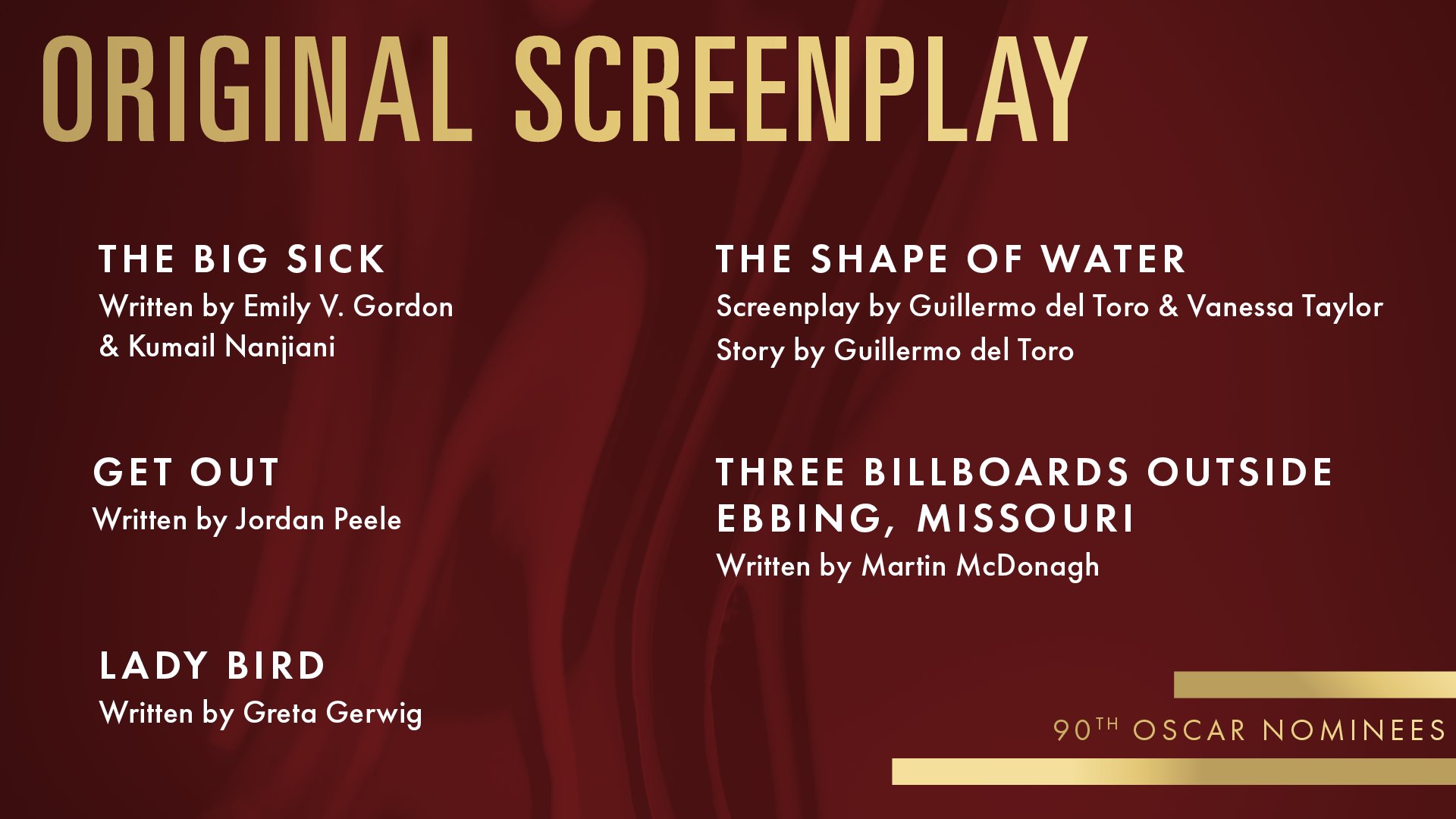