The moment we’ve all been waiting for.  The unveiling of the Artwork for Miley Cyrus‘ new Disc, BANGERZ! I love the ’80s-inspired Miami Deco look.  It reminds me a bit of Whitney Houston‘s debut Disc mashed-up with Cocktail and Miami Vice together with all the neon.  I have never been more excited for an Album and I’ve never been more excited about Miley!  Whomever is handling her Art Direction and Styling basically needs a GRAMMY Award.

Cyrus performs live at tomorrow night’s MTV Video Music Awards in New York!  Word is, she might be collaborating with Robin Thicke on a not-so-Hannah Montana  something… 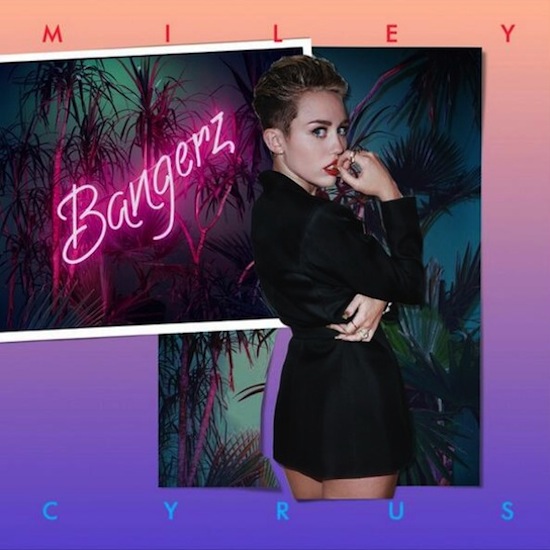 … and just surfacing also is Cyrus‘ new Track, Wrecking Ball. It’s not quite a Banger, but it’s and outstanding Power Ballad. LOVE.