Universal Pictures Canada x Mr. Will want to take Readers to an Advance Screening of MARY QUEEN OF SCOTS in Montreal and Vancouver on Monday, December 10, 2018.

Synopsis:
Mary Queen of Scots explores the turbulent life of the charismatic Mary Stuart (Saoirse Ronan), who was the Queen of France at 16 and widowed at 18. Defying pressure to remarry, she returns to her native Scotland to reclaim her rightful throne. But Scotland and England fall under the rule of Elizabeth I (Margot Robbie).

Mary sends Elizabeth a letter saying that she hopes they will be able to rule side by side in harmony. Elizabeth responds affirmatively and graciously. However, there is grumbling amongst the male courtiers about having to serve women. They try to turn Elizabeth against Mary, calling her their foe.

Mary weds again, this time to Henry Stuart and gives birth to a son, James. Elizabeth, who is still childless, begins to believe that Mary wants to take over the English throne. Elizabeth’s male advisors insist she should go to war with Scotland. Betrayal, rebellion, and conspiracies within each court imperil both thrones – and lead to tragic outcomes. 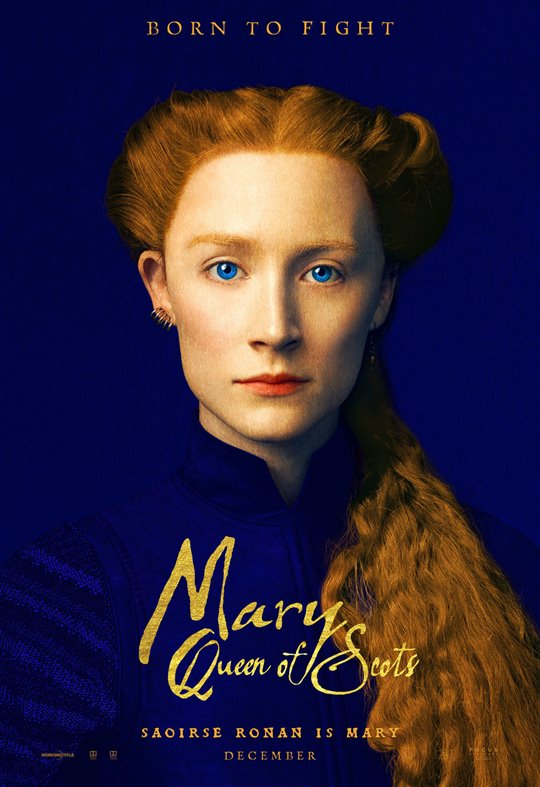