At long last, a special Holiday edition of Princess and now too, Prince Diaries! 2018 brought us several ups and downs but we end the year on a happy note knowing our dear Princess (A Pic by Mrwill) and Prince (Mr Will) were safe at home with their loving families. Life has been full of blessings and these two certainly bring us much joy.

We caught-up with Princess at her temporary home in Caledon on Christmas Day, meeting-up with her new Mama Emily Fisher who has done such a great job keeping her healthy.  I couldn’t believe my eyes how great she looks – she just keeps growing and I’d guess she’s at least 17.5 hands tall now?  To be conservative about her recovery, she’s on stall rest still, but enjoys occasional time outside her stall cross-tied while she is groomed or to say “hello” to her neighbours, including her buddy across the hall Esmeralda.

She’s been x-rayed and her injury is healing well, but Emily‘s focus is having her heal fully before she moves on to her next steps, whether it be showing at the Royal Winter Fair one day or motherhood. We are saddened that Emily’s beloved Don’s Folly had passed recently and we understand how trying it is picking-up the pieces again. Princess has been of great consolation and comfort to Emily, the sweet filly we’ve known her as always.

While it’s still early, some stallions are being scouted as a potential match for Princess and there are a couple leading Ontario stallions both Emily and her mom Michelle, who once worked with famed Kinghaven Farms, have in mind.  Whatever choice Emily makes, we are thrilled for them and know they will make the right one come breeding season (beginning mid-February).  I for one have been vocal about this flashy up-and-coming stallion at Frank Stronach‘s Adena Springs! We love the way his kids are looking and running so far.

Princess has developed a taste for unconventional treats and is absolutely obsessed with Rice Krispie Squares and Oatmeal Cookies. We spoiled her as she deserves with a gift basket containing several of her favourites. Her appetite is insatiable, destroying a platter of Fuji apple slices, two bags of mini carrots, cookies and squares quickly! It’s a wonder how she still looks so fit! 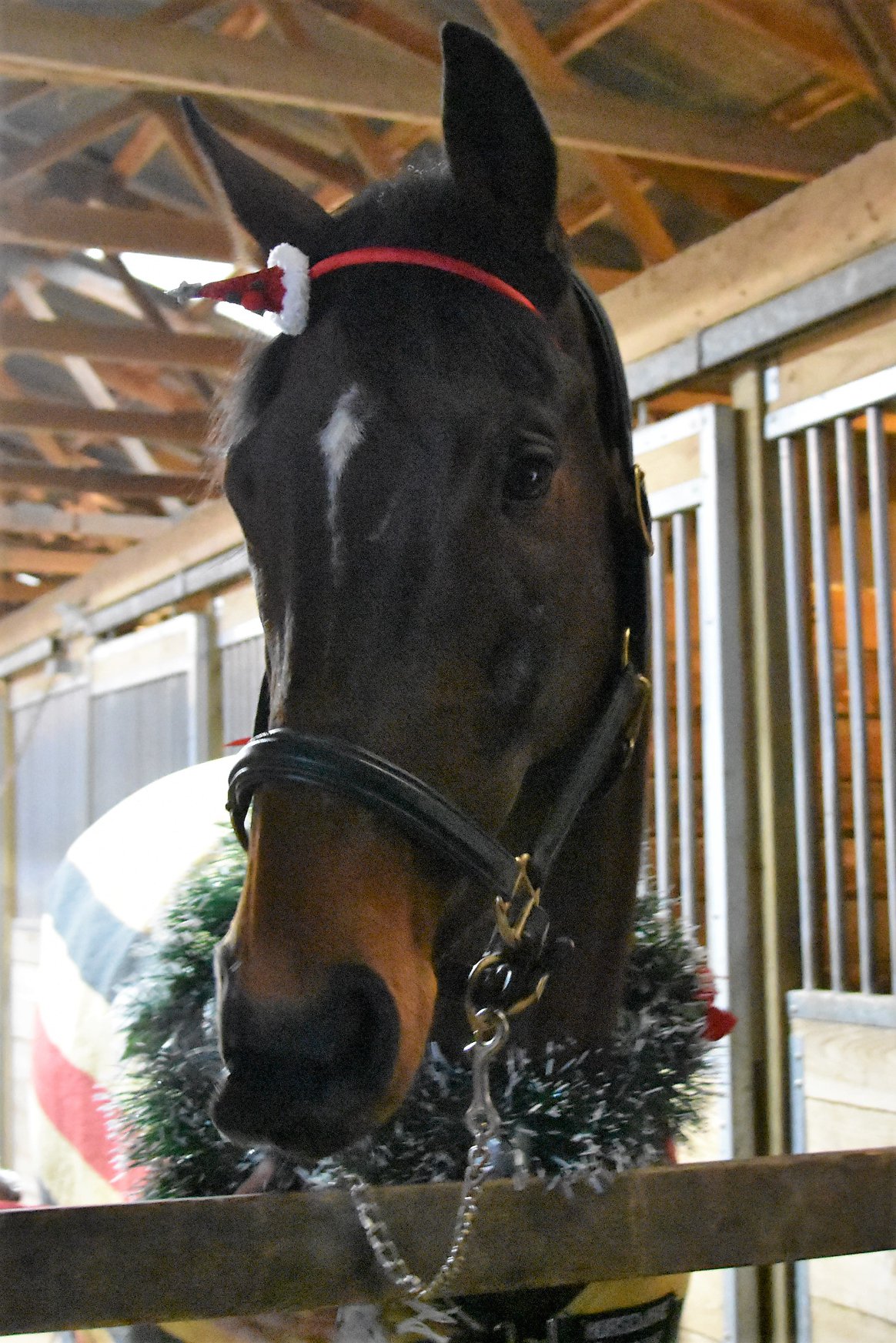 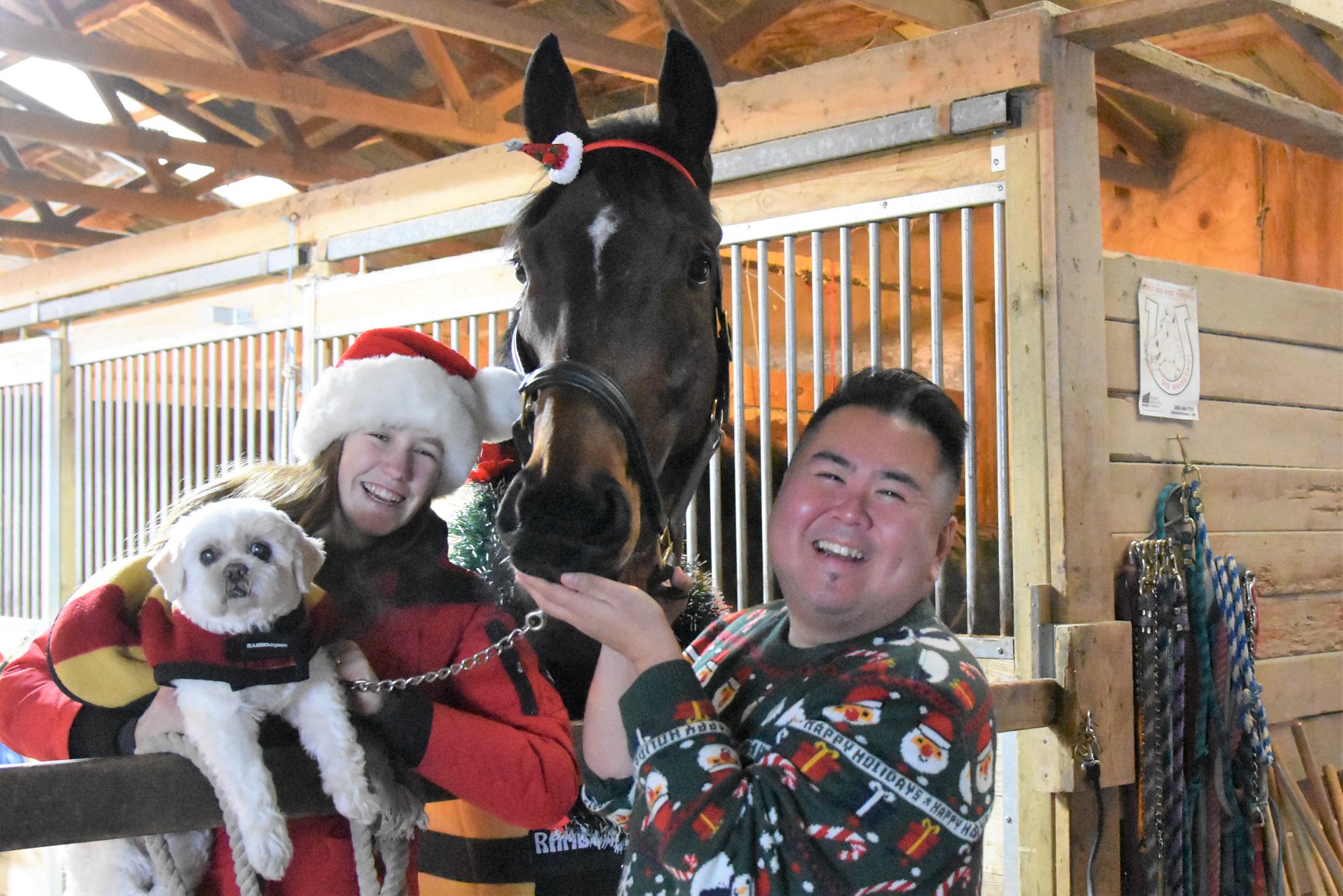 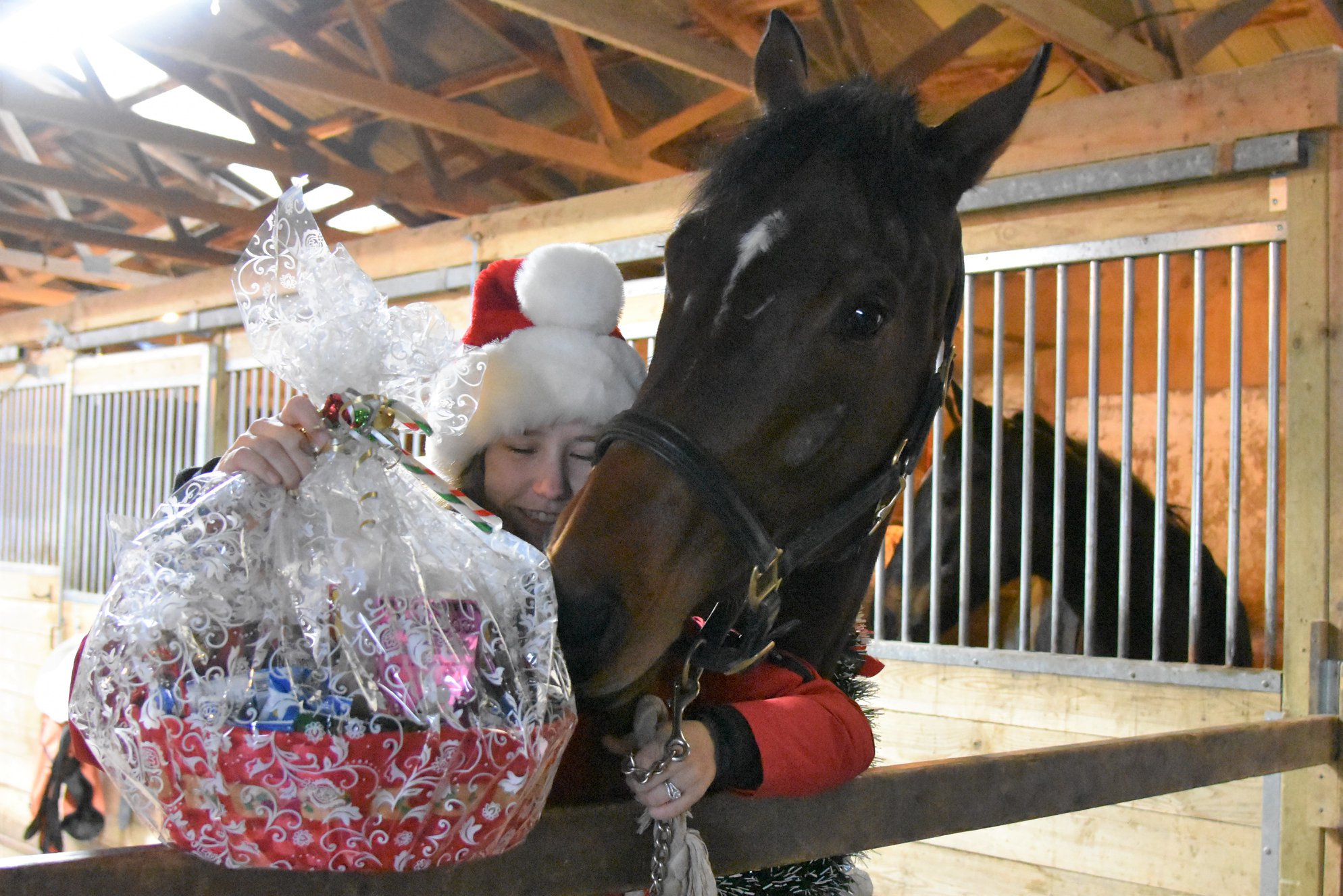 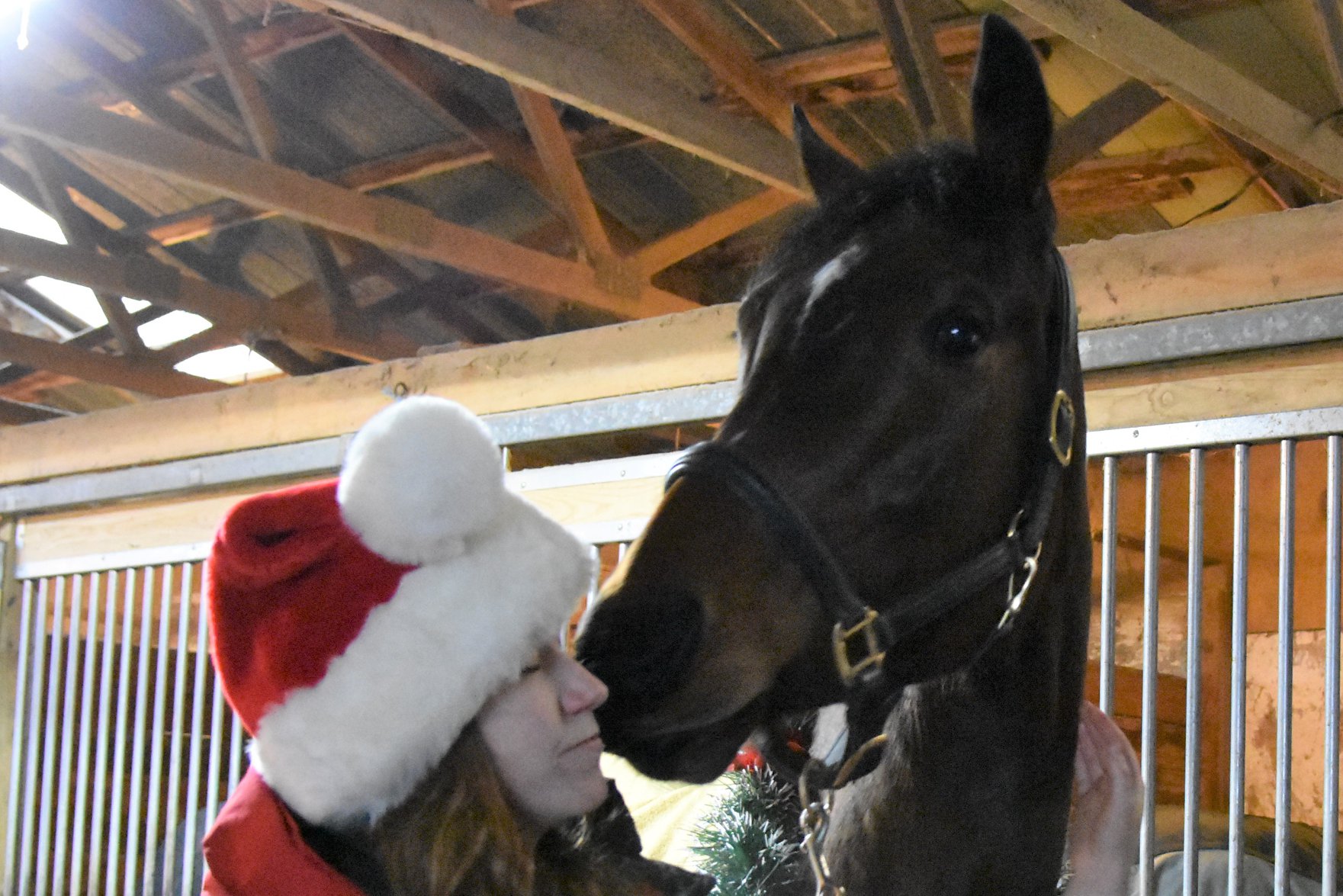 Emily still is dealing with the aftermath of Don’s Folly’s medical costs which went well above and beyond estimates prior to his passing. If you have anything you can give, please help via this GoFundMe.

Christmas wouldn’t have been complete without a visit to our Prince, Mr Will and we thought we’d gift him with his own first halter. We must say he looks rather dapper in it!  Michelle and Rob Love (the latter who is an Outrider at Woodbine Racetrack, keeping horsepeople and horses safe especially when they break loose) have done an amazing job breaking him in and while he isn’t by any means sizey, he looks athletic and is a quick learner. We are in love with the beautiful white strip on his face, making him almost a spitting image of his Queen’s Plate-winning dad Not Bourbon.

Mr Will was just gelded (castrated) a few weeks back and we were advised he generally was well-behaved, although with their fillies and mares returning home for the winter, it was for the better with him starting to display “colt-ish” tendencies of late. Mr Will was on his best behaviour and even Billy was able to get up close to him without incident. He definitely is loved by the Loves (pun intended) and I get a kick out of the confusion adorable Miss Cailey Love gets when she’s told the real Mr Will is coming by to see Mr Will. We know Emily got confused when we asked her if she wanted to tag along with us to see Mr Will. In due time the world will know all about equine Mr Will! 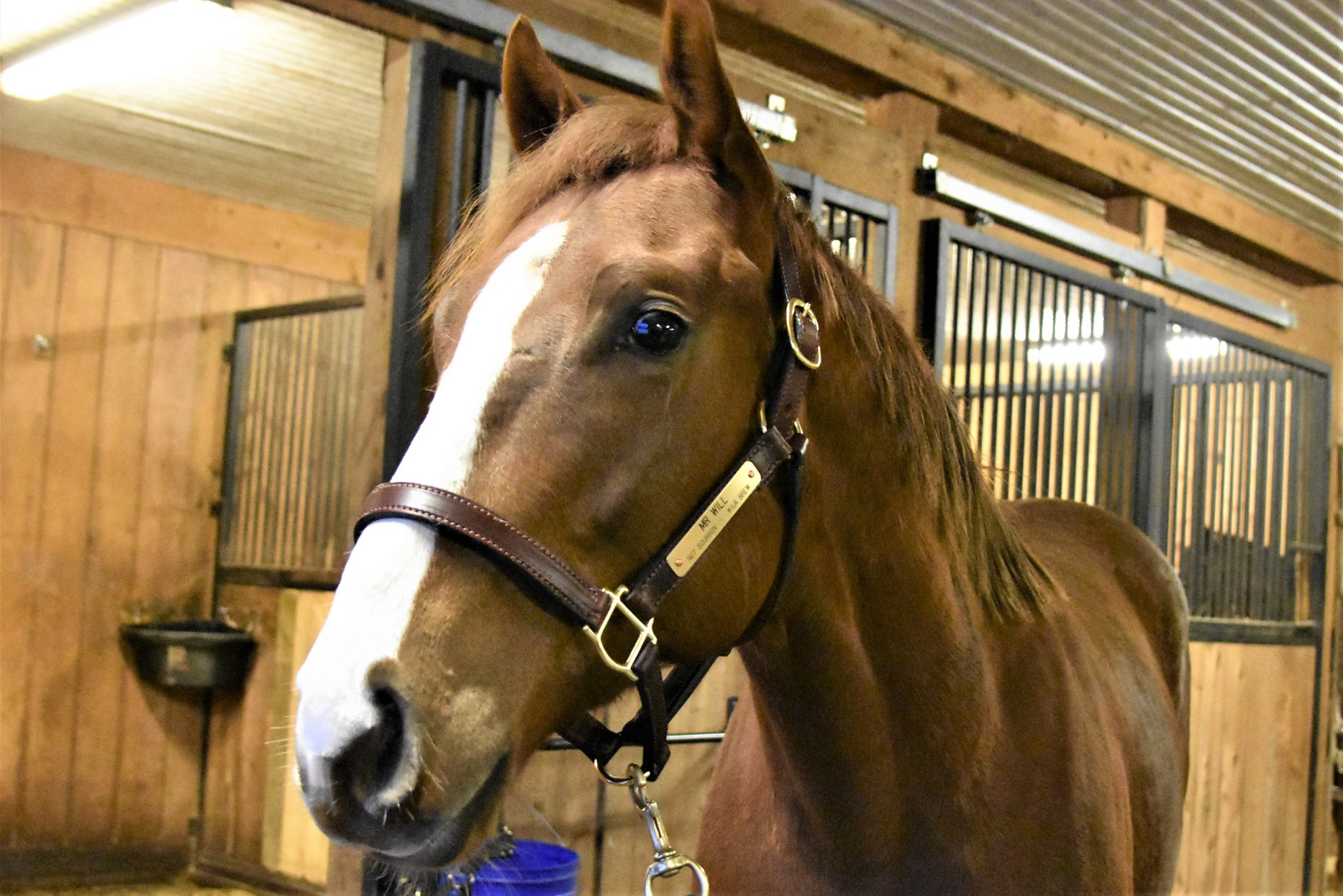 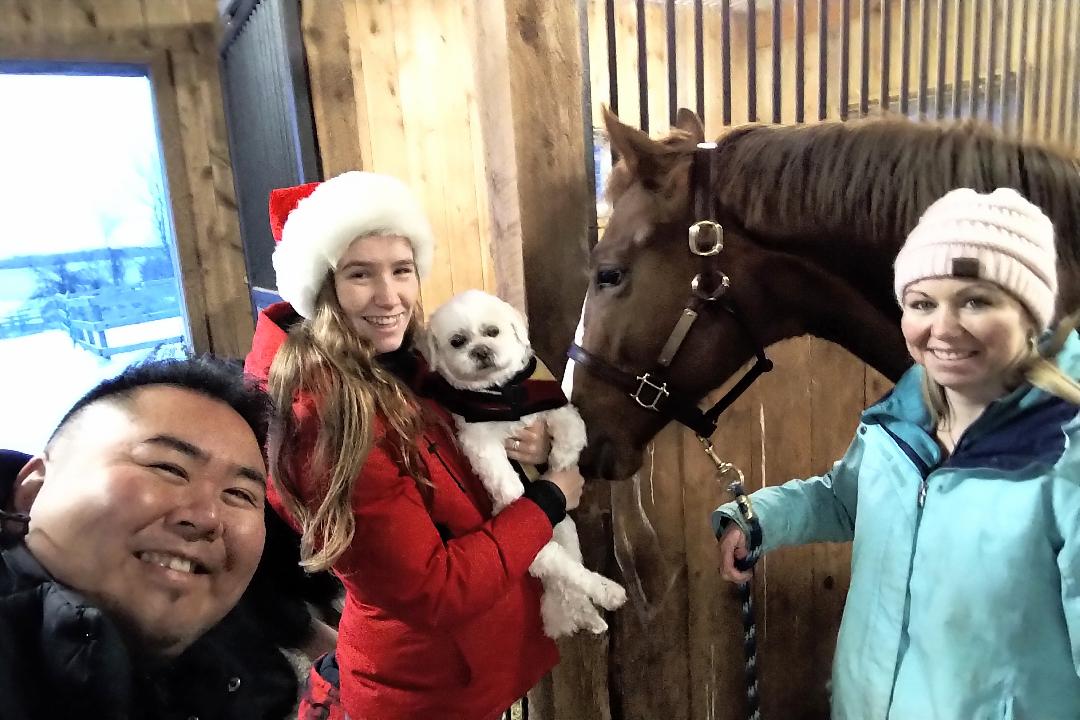 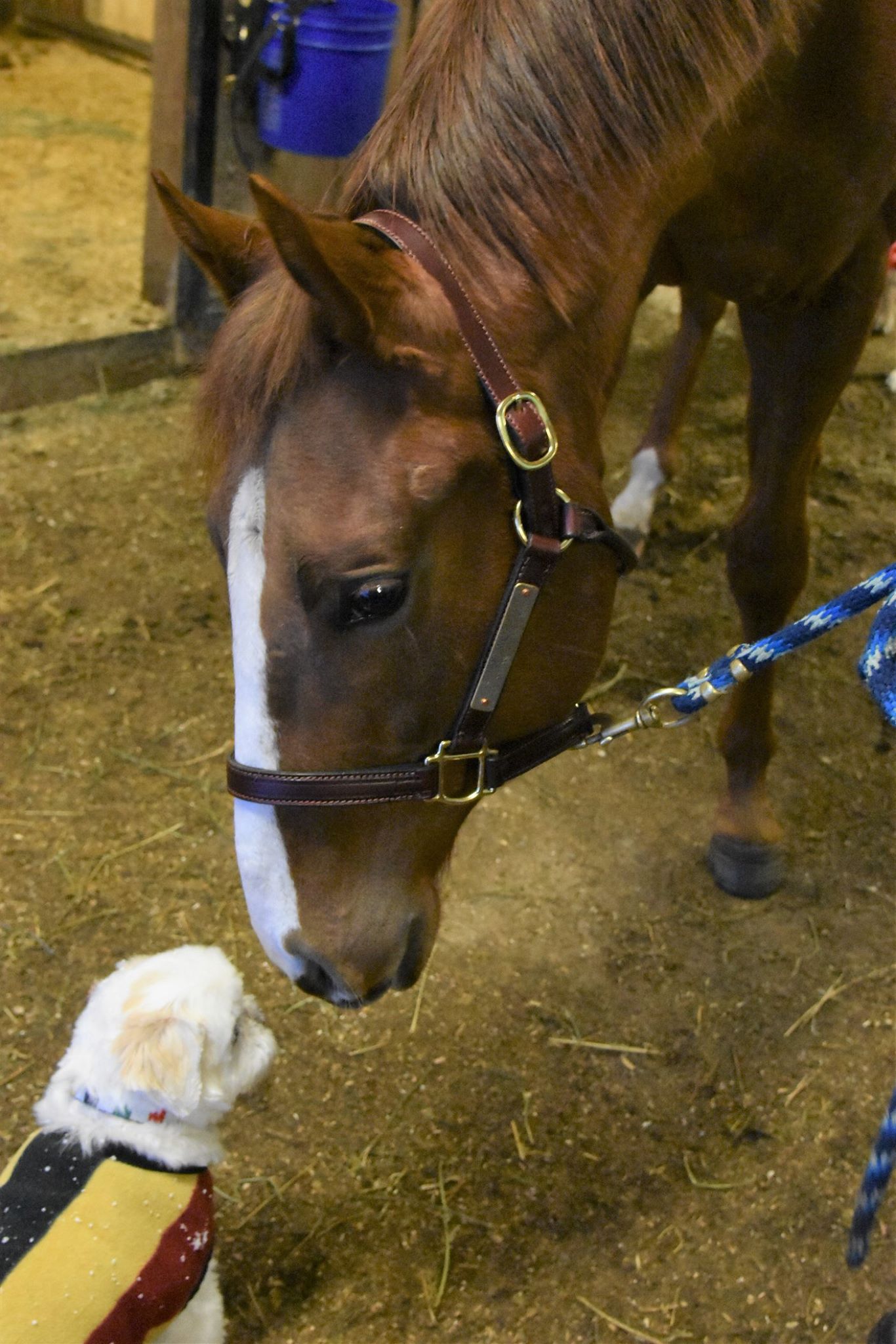 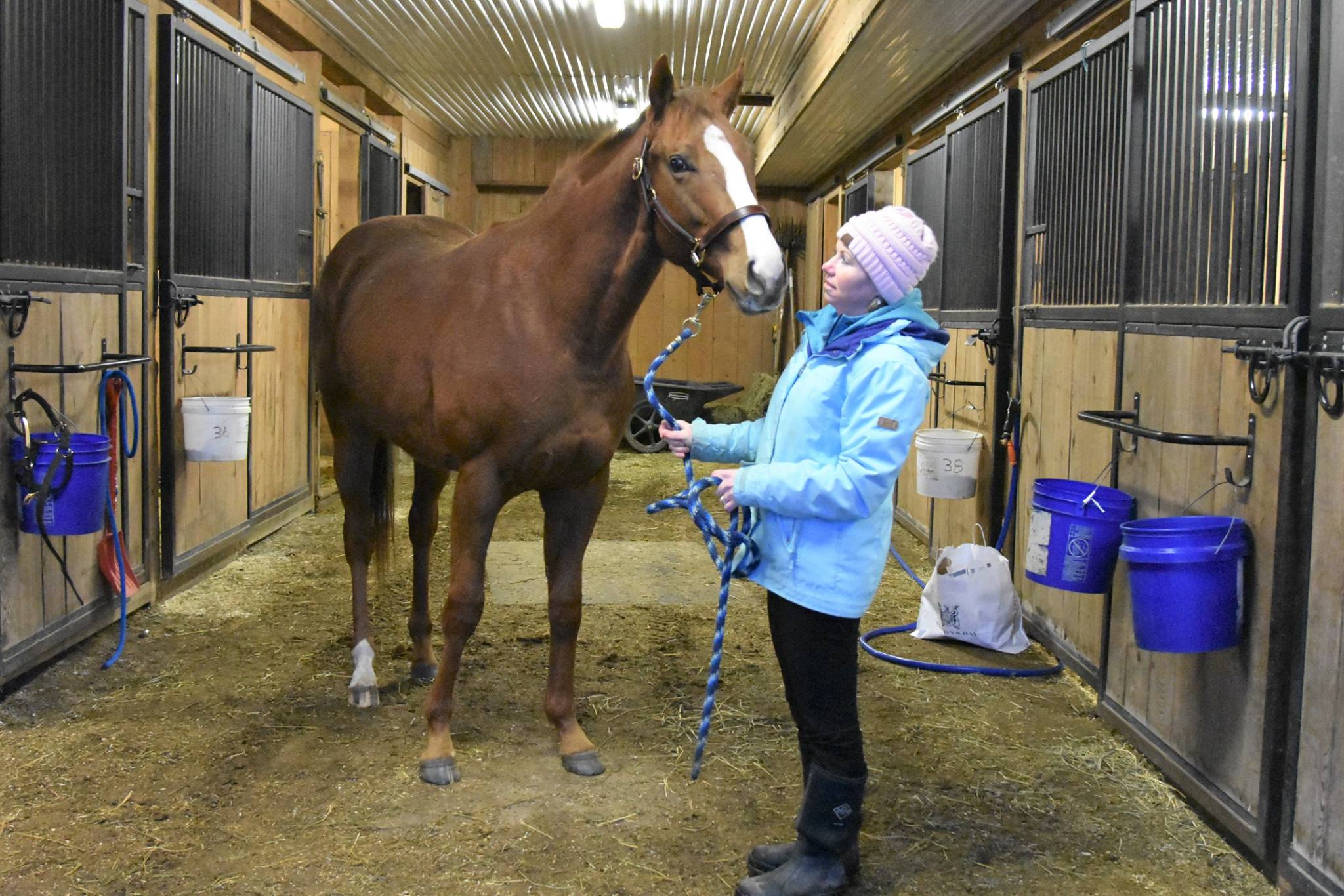 2019 holds many exciting developments and stories about Princess and Prince and we can’t wait to share them with you!  Happy Holidays!