Honestly, where did the summer go?  We have had the busiest August-September ever but we’re happy to catch a breather finally and take in what a productive year it’s been so far. I’ll admit my birthday this year is going to be extra tough without having Billy around, but what one can do is surround themselves with those they love and what better way to lift my spirits than to see our Princess and Prince this weekend?

Princess (A Pic by Mrwill) was such a sight for sore eyes. We’re so happy to see her back to her old self. She was beginning to get a bit antsy being on stall rest and also coming out of it, but she seems to have calmed down significantly thanks to the amazing work of her new mom Emily Fisher. Emily has been so patient bringing her around and Princess has never looked better! Cathy, Princess’ former owner was excited to see her as it had been a while and I decided to bring Amanda from Team Mr. Will, plus my BFF Habeyah up to see her. Amanda and Habeyah were a bit hesitant to feed Princess treats because she is so tall and towering, but after showing them the way – hands flat with carrots laid-out on the palm – they realized quickly there was nothing to be afraid of! They actually found Princess to be quite gentle and fuzzy.  She definitely loves her treats so it should be no surprise how much she loves dressing-up for Halloween. We had so many little get-ups for Princess to try on and she nailed all the looks! 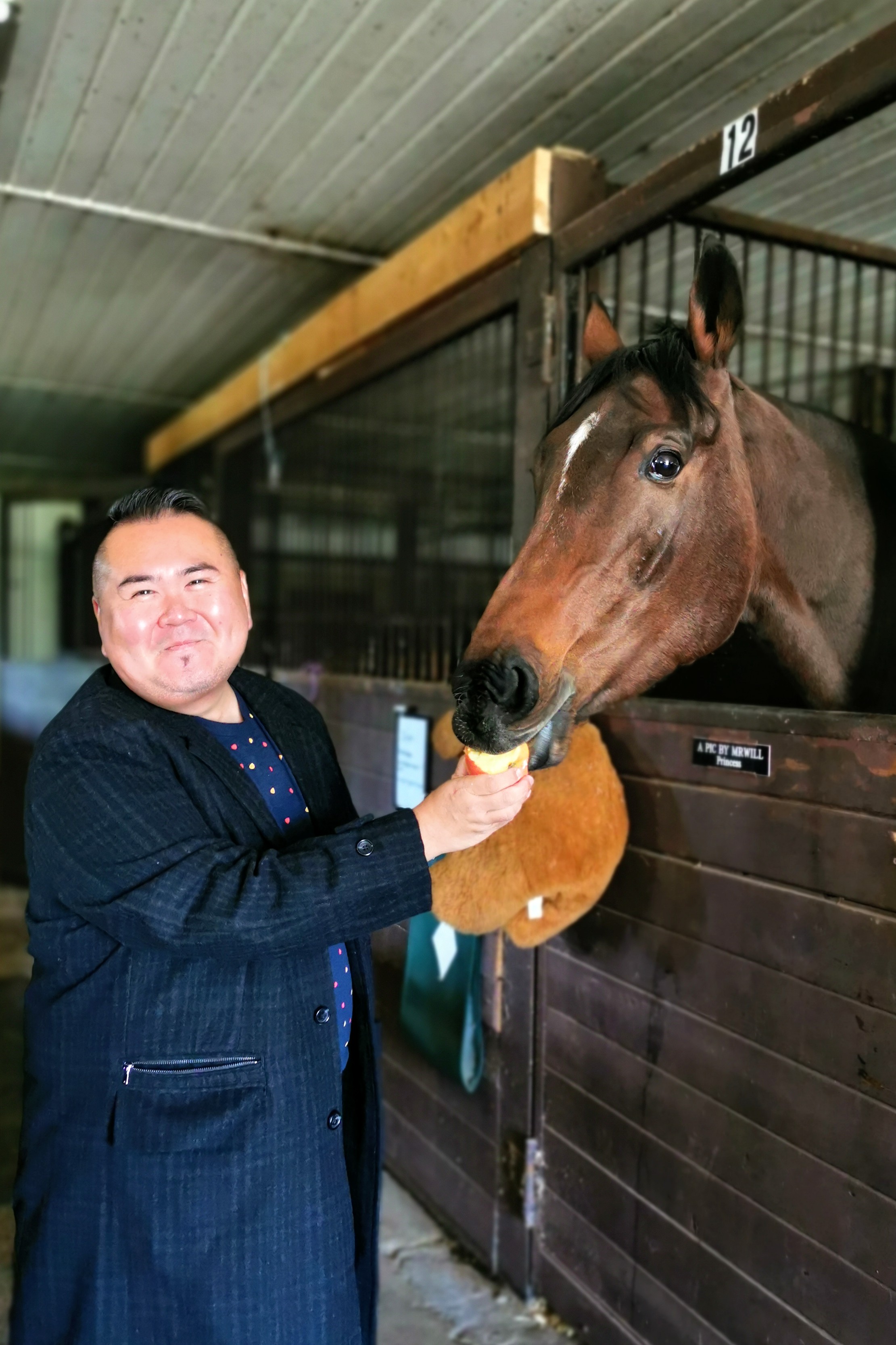 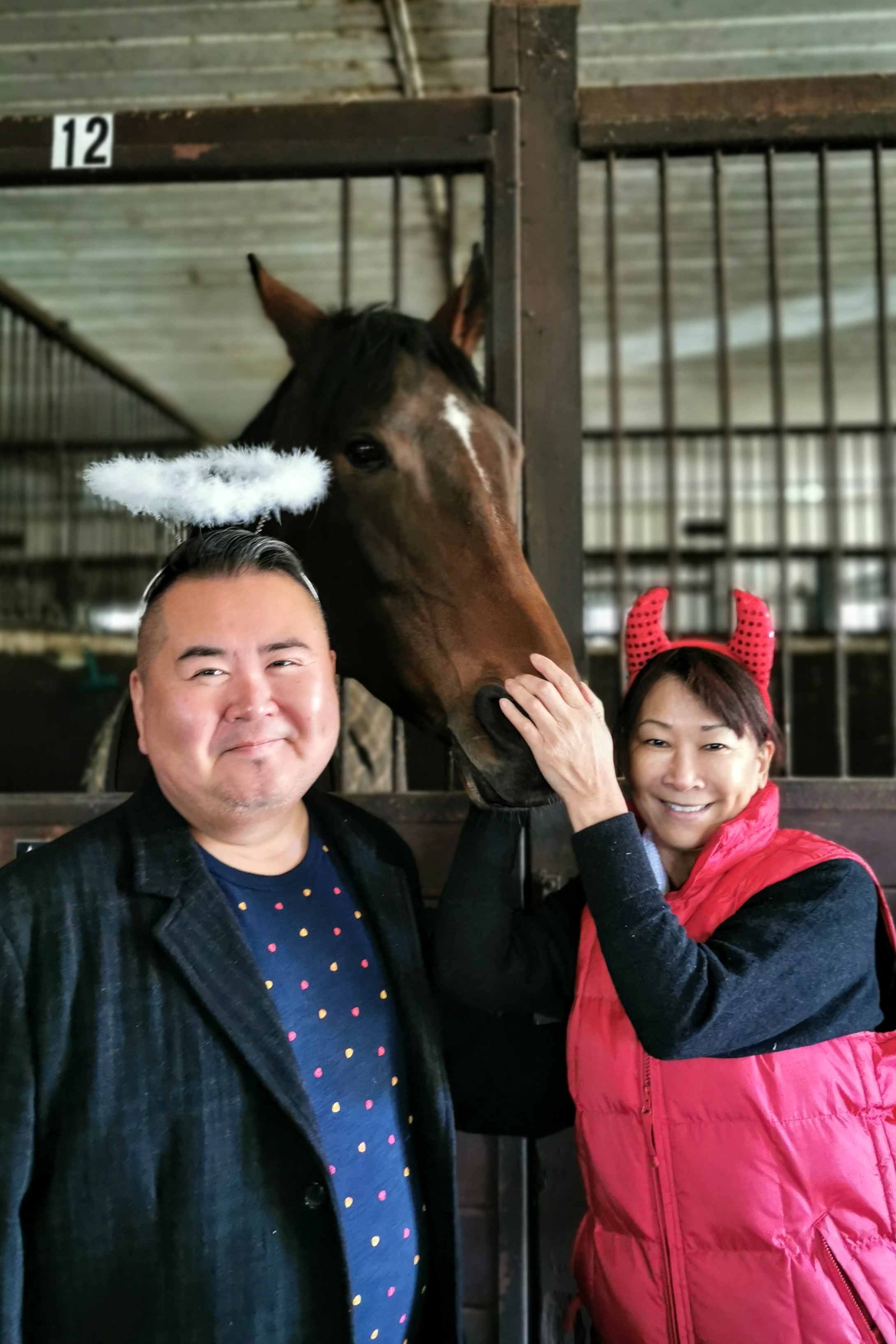 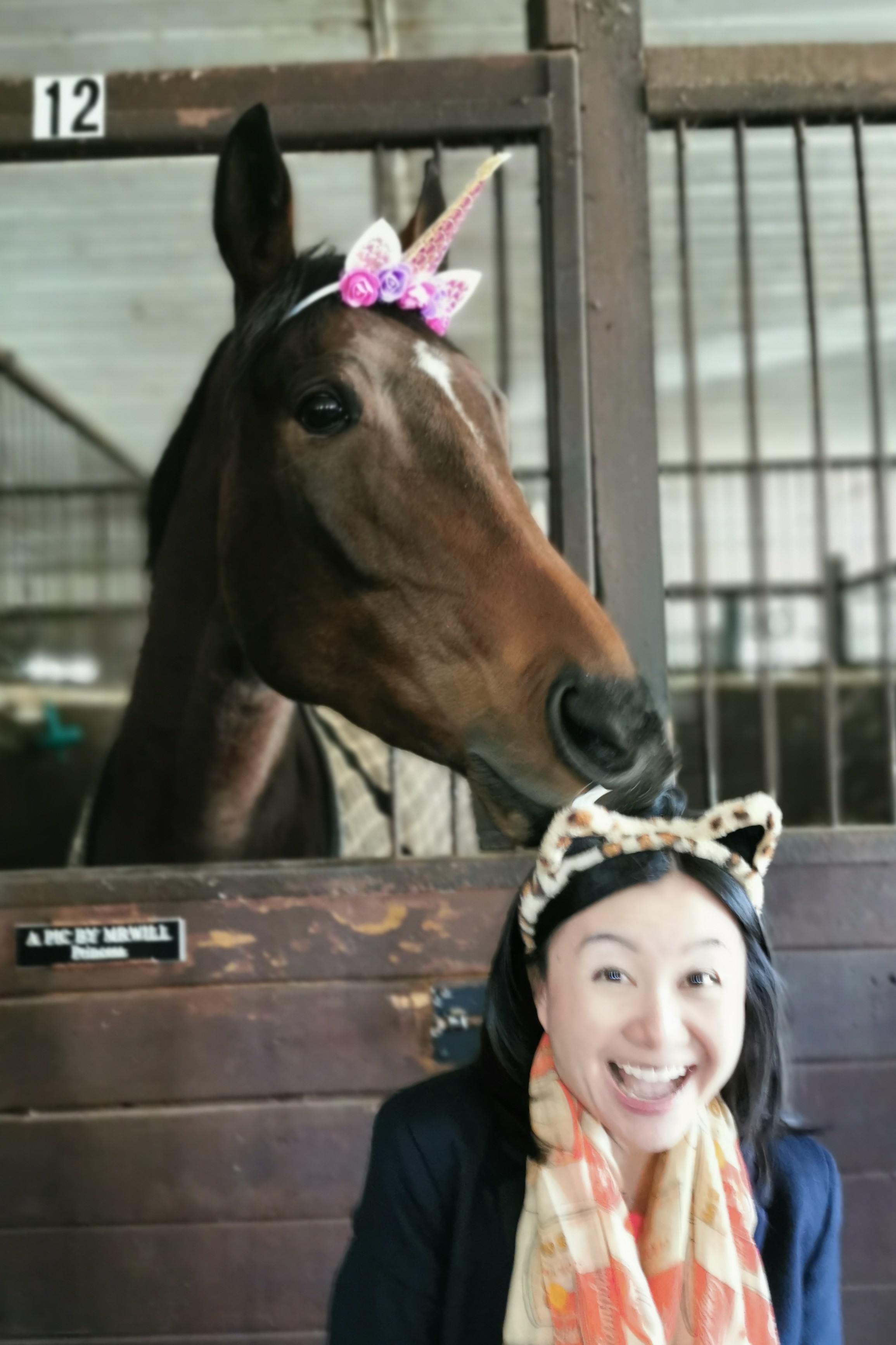 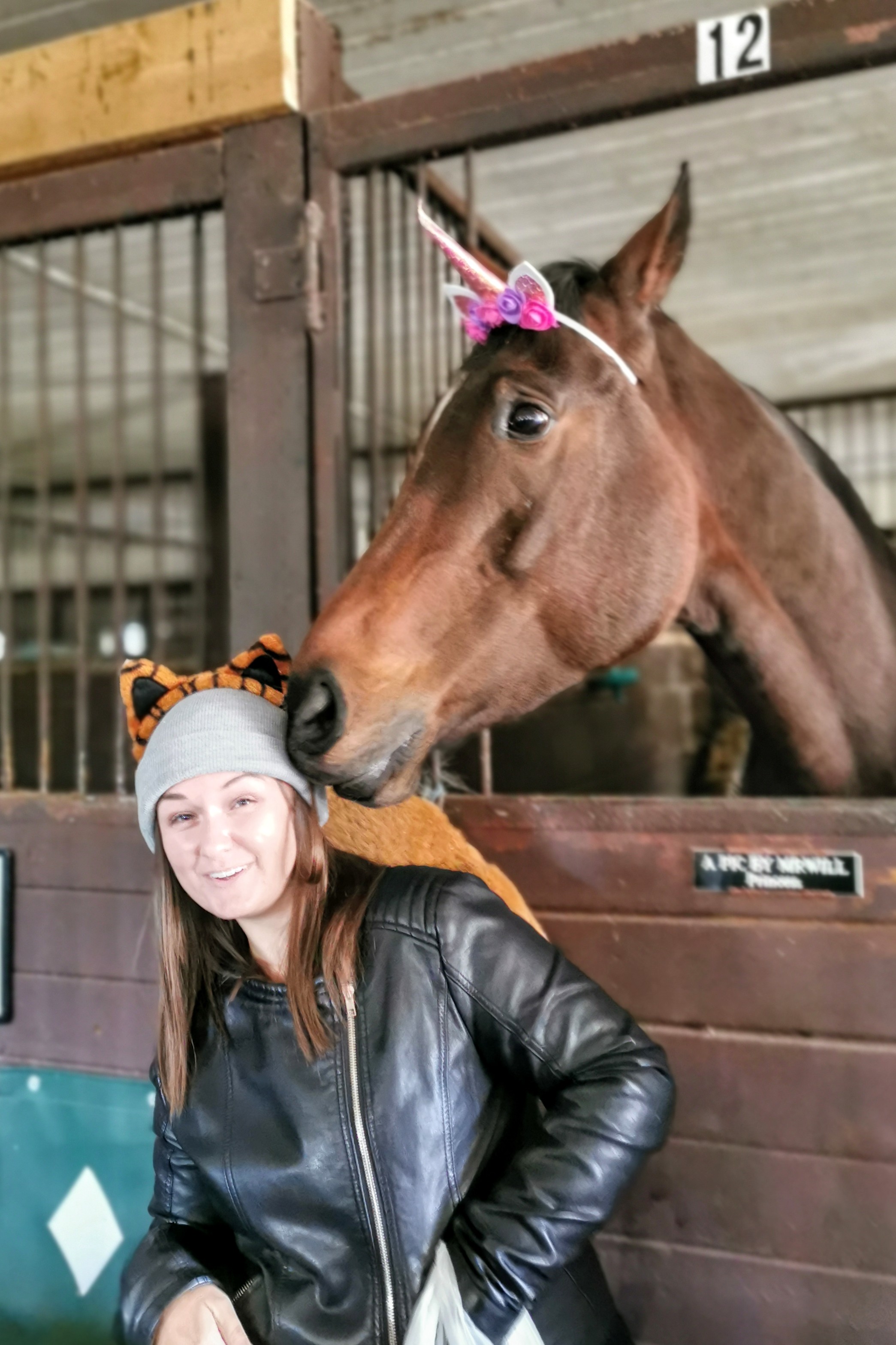 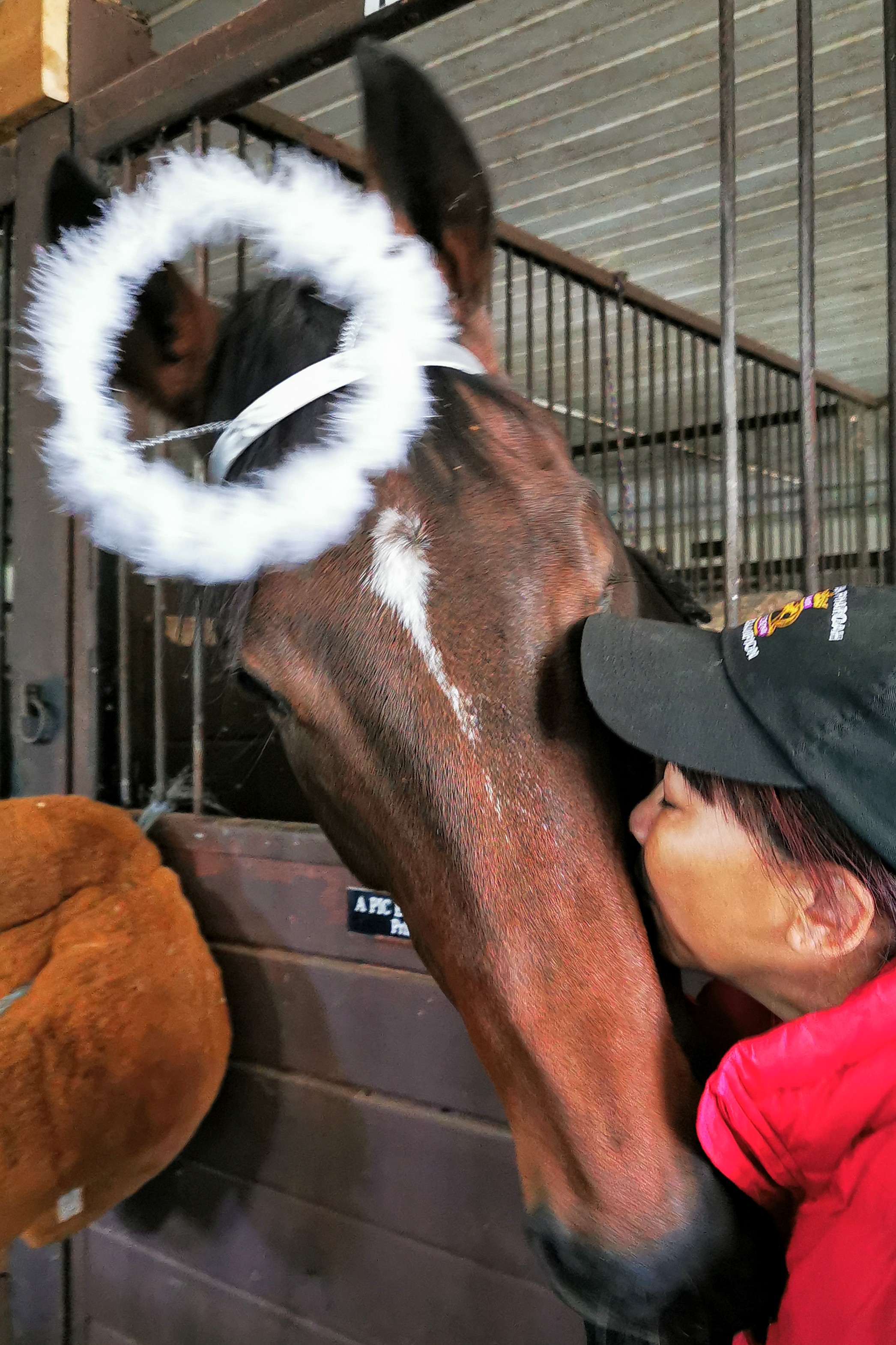 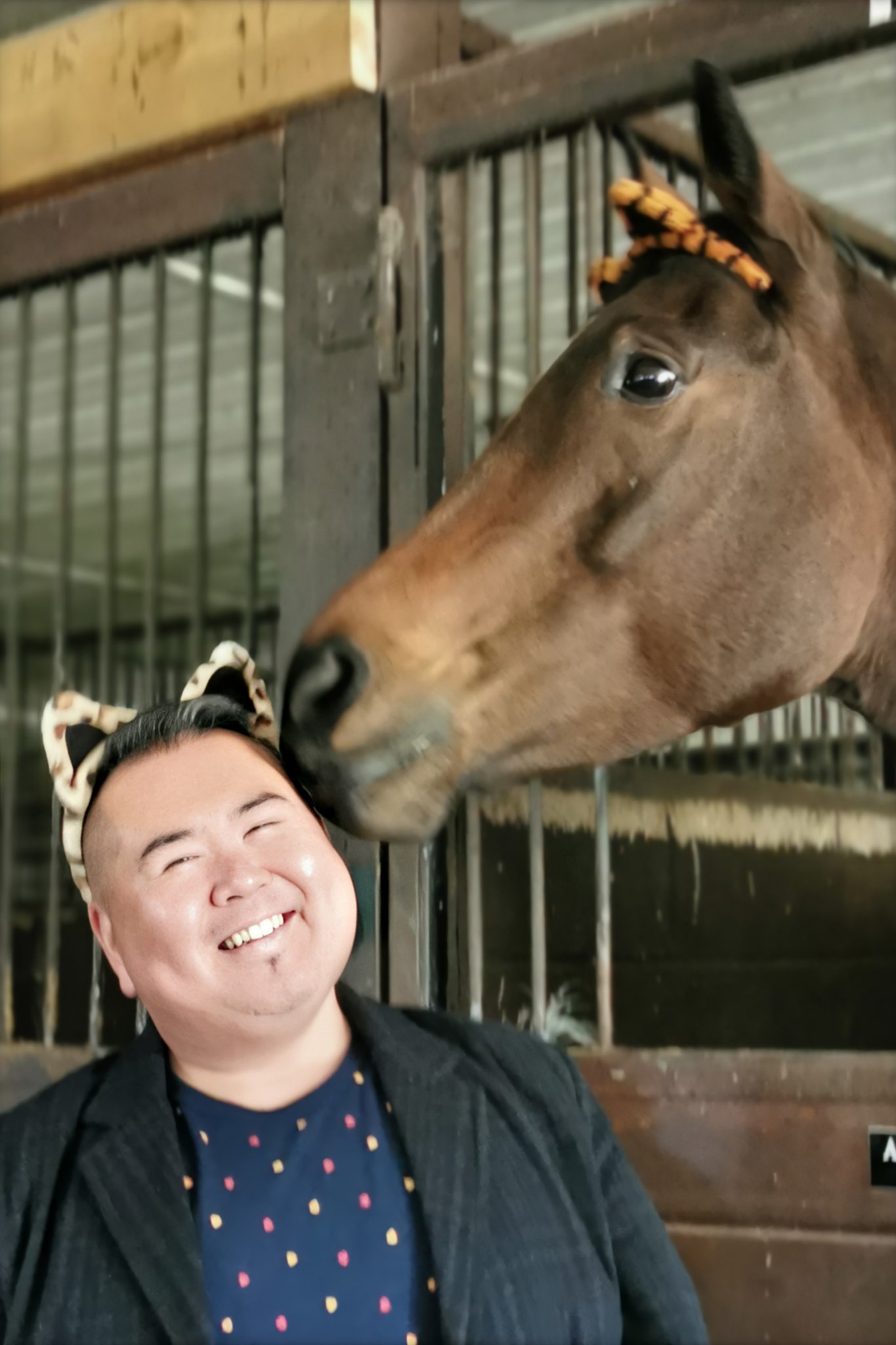 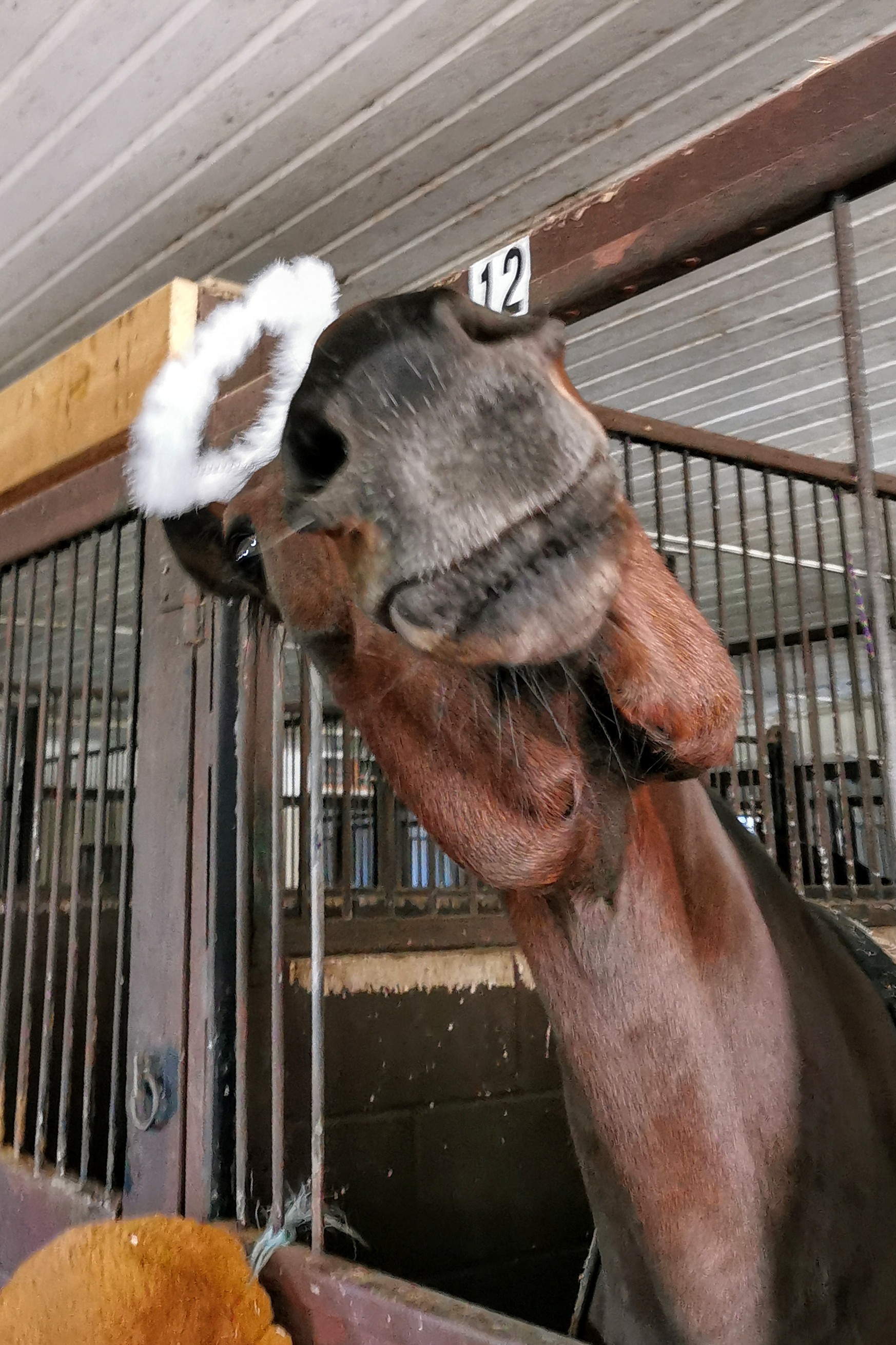 Emily has been keeping Princess busy with riding lessons and she seems to be taking to it very quickly!

So Princess also has an exciting new neighbour. Fort Erie‘s newly-crowned Horse of the year and veteran warrior SNIPER has retired officially and I’m happy to report they are in love! A celebrity power couple!

Congrats to my new neighbour SNIPER, who was awarded Horse of the Year at @forterieracetrack! 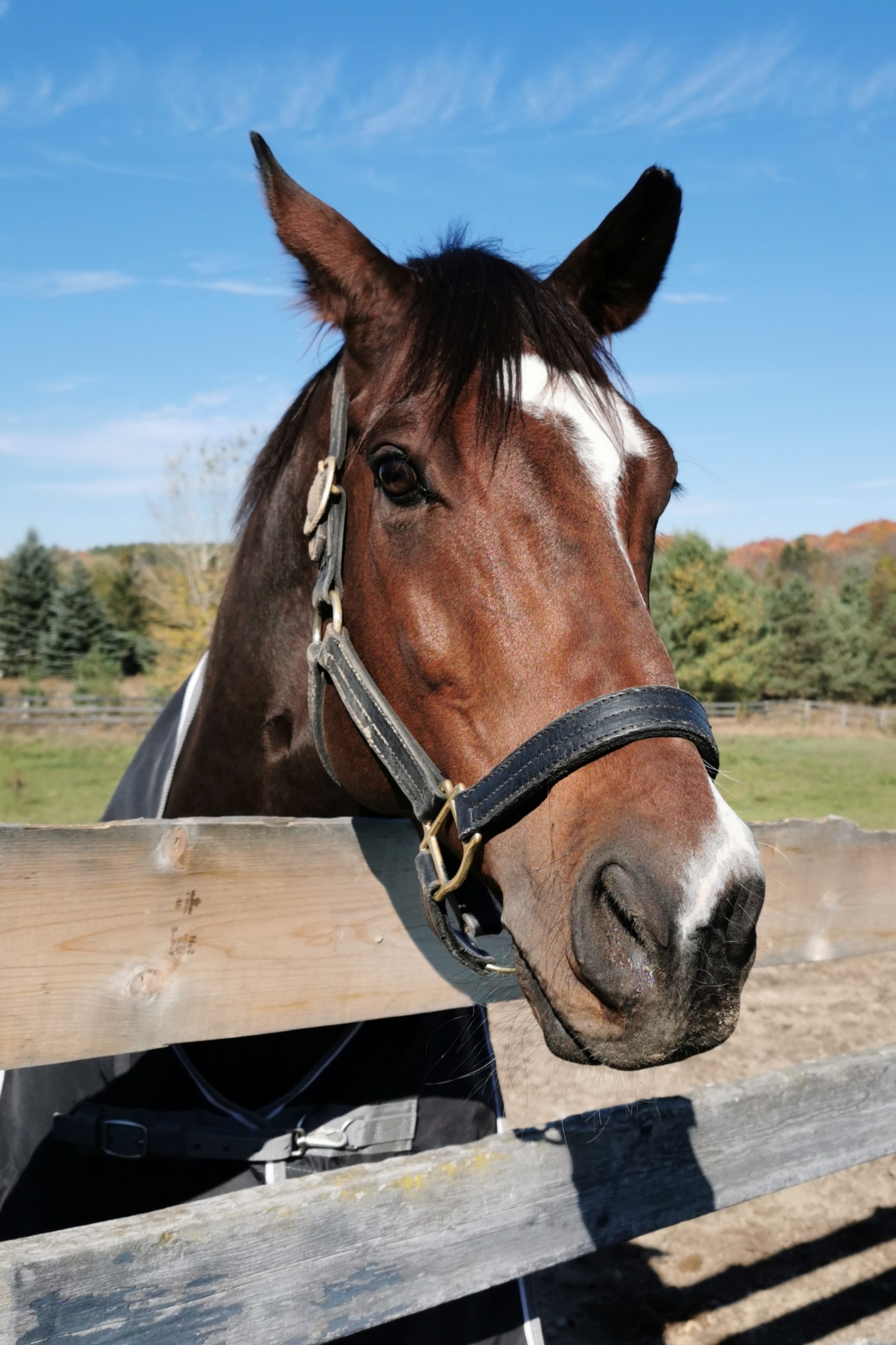 Our little Prince William (Mr Will) recently returned home to his family’s farm in Mono after a summer of training at Woodbine Racetrack. After training very forwardly, he’s had some minor setbacks and his Owner/Trainer Michelle Love has confirmed he will debut in 2020. She is very excited about his potential and she is doing the right thing, taking her time with him.

We made a quick visit to see him and he was in great spirits, taking handfuls of Peppermints from me. The handsome little devil looked so happy running around nursing a small cut he got playing with one of the new additions to the family. William‘s sis Anastasia (Show Some Skin) will make her debut this weekend and we’re so excited finally for our schedule to line-up right to see her run! 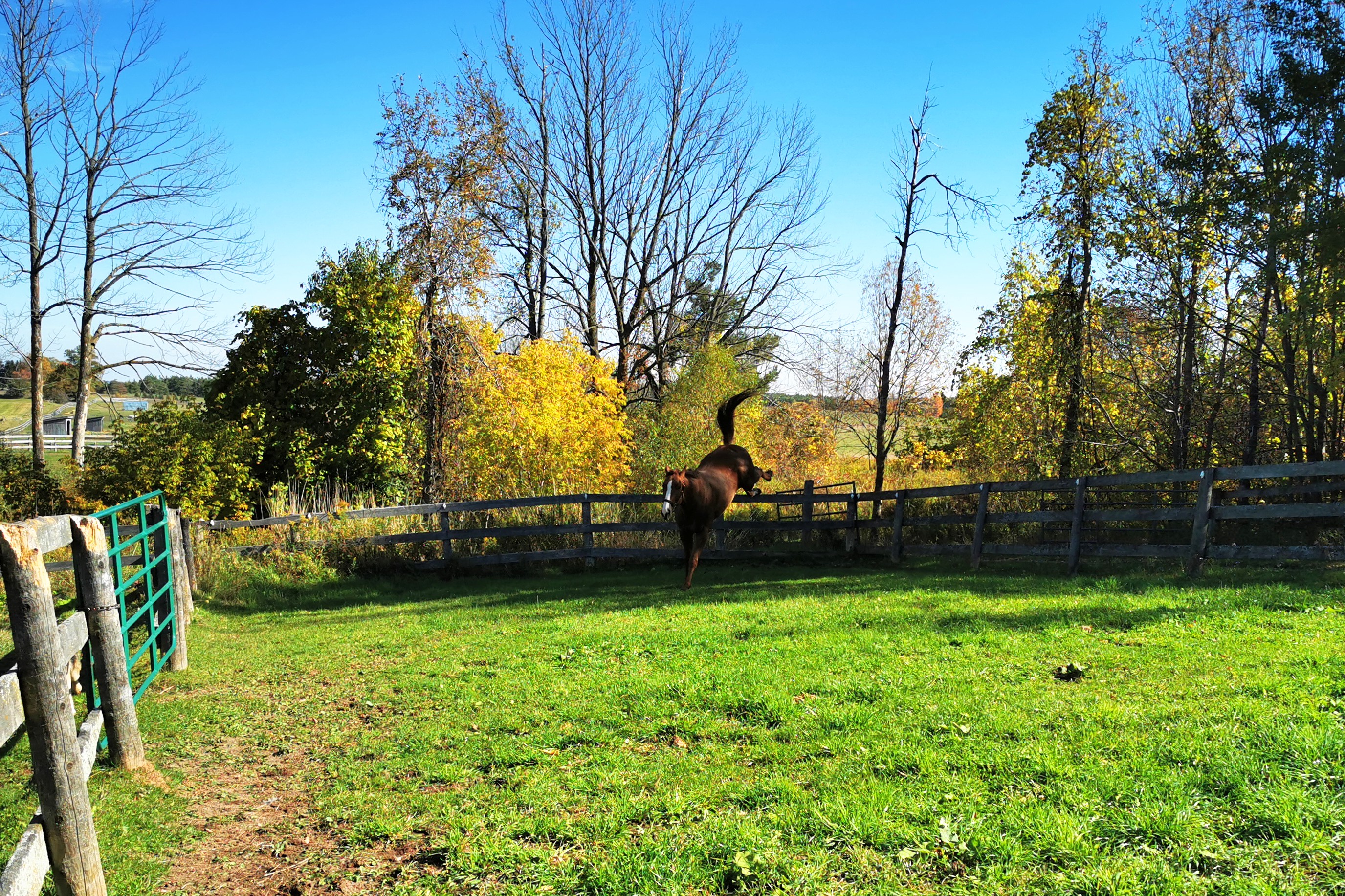 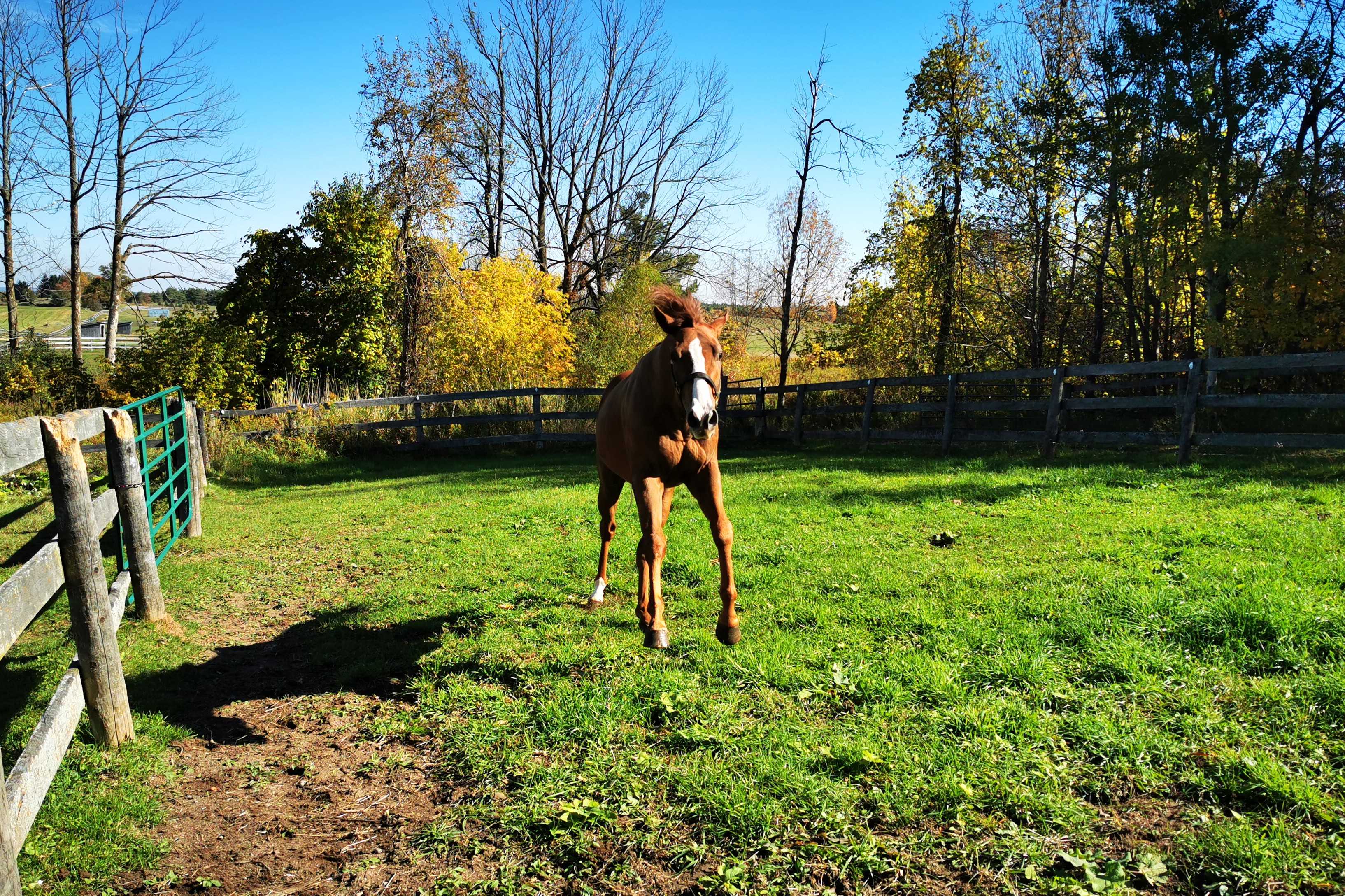 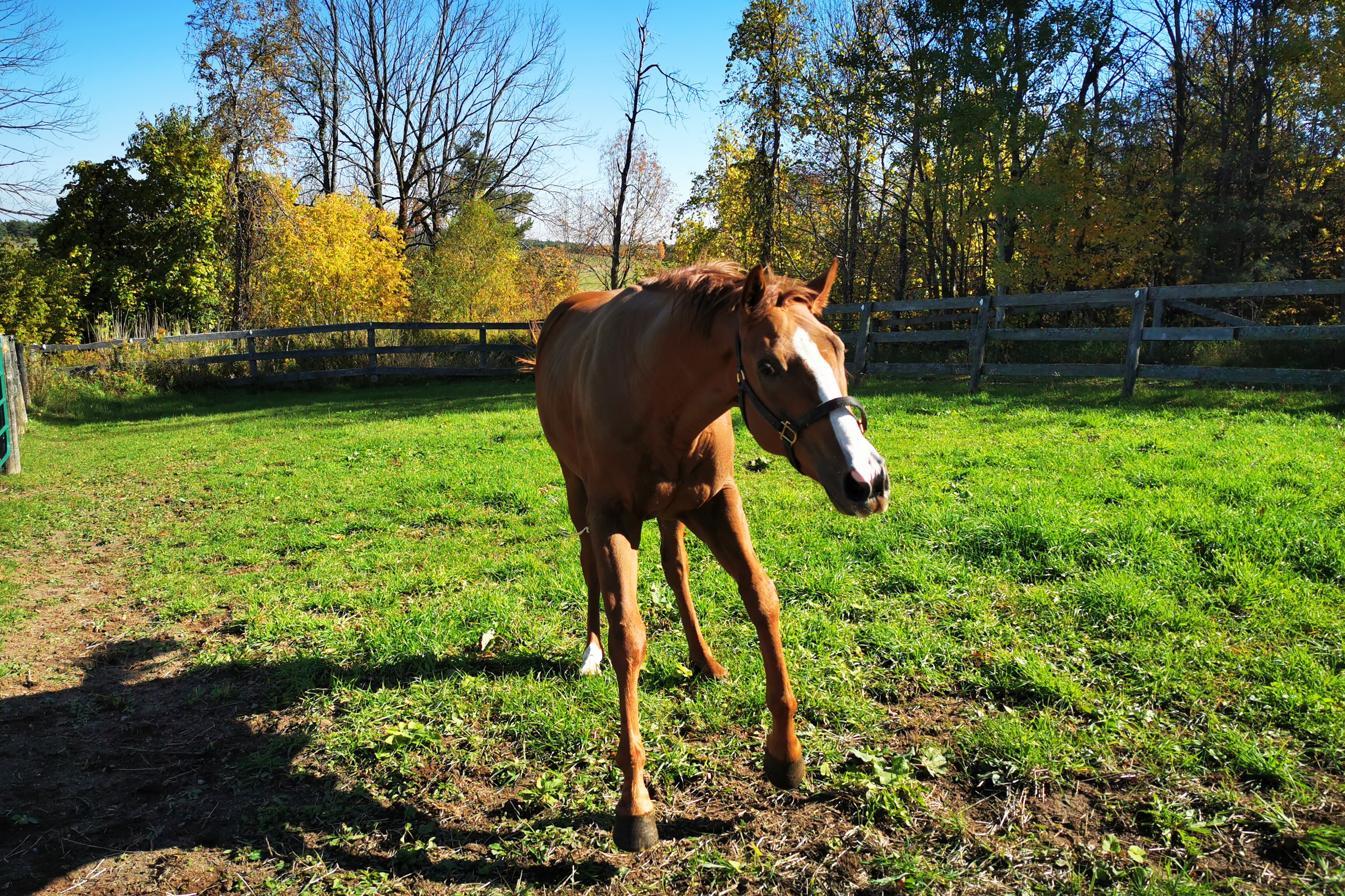 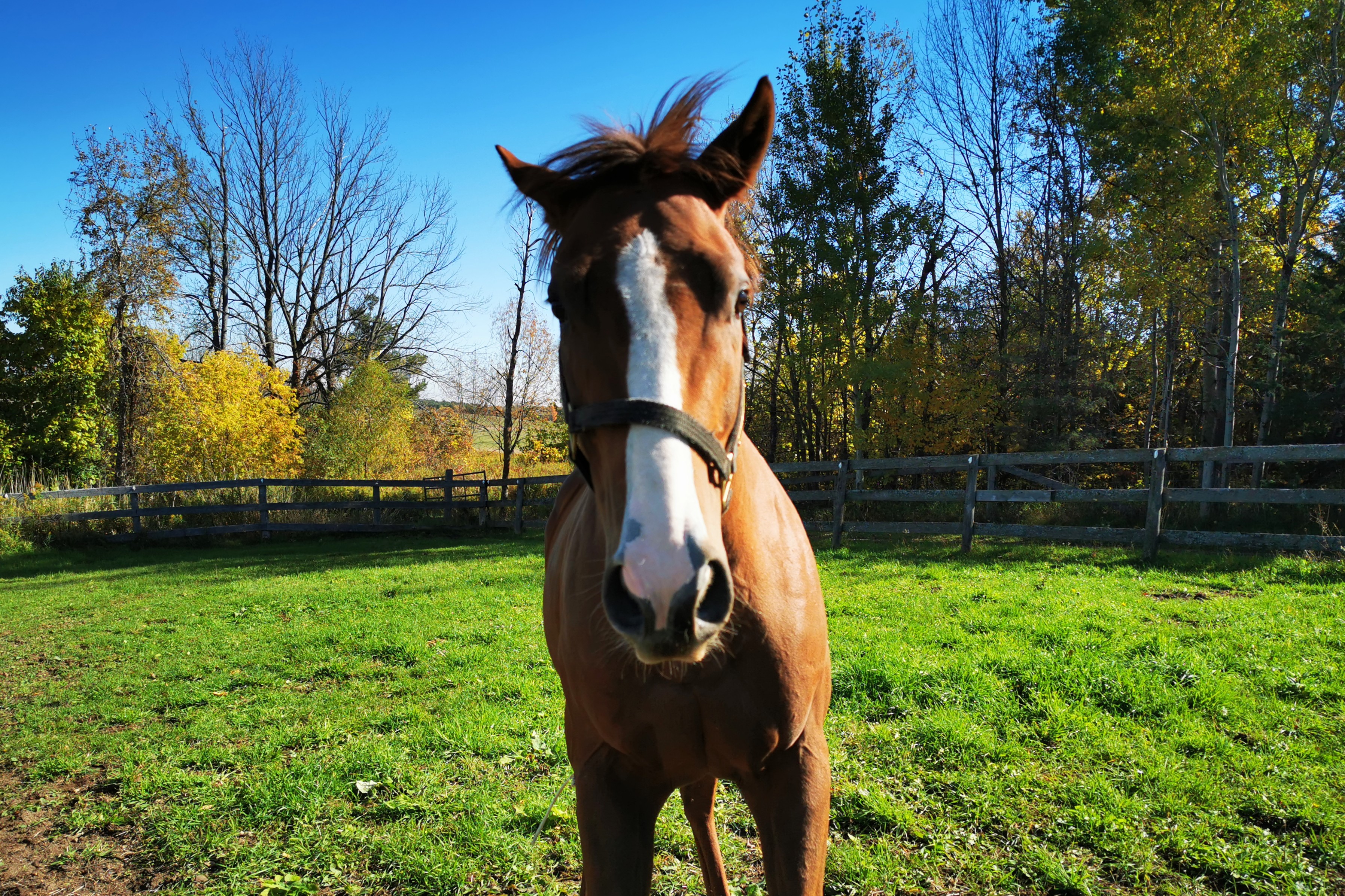 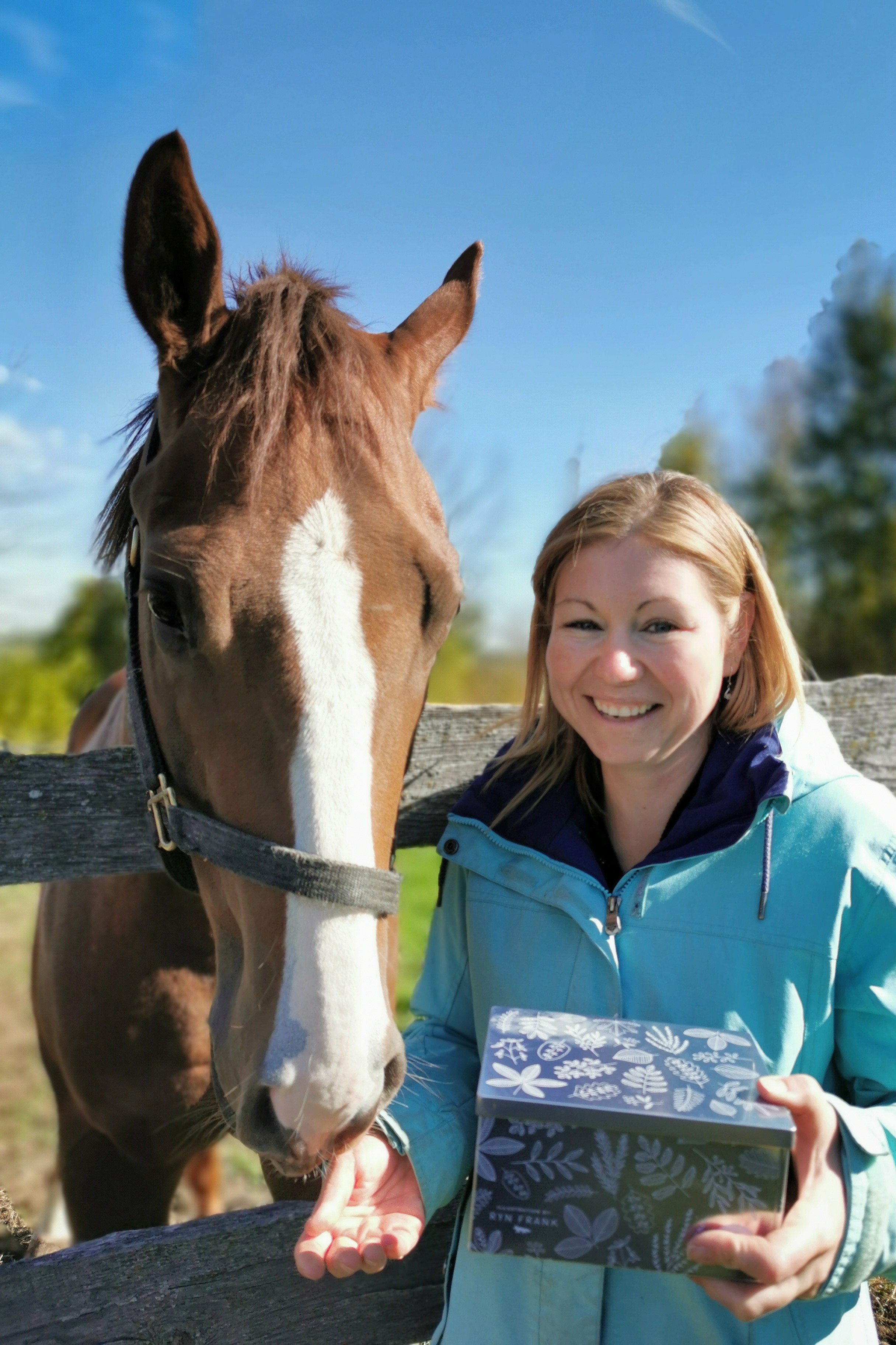 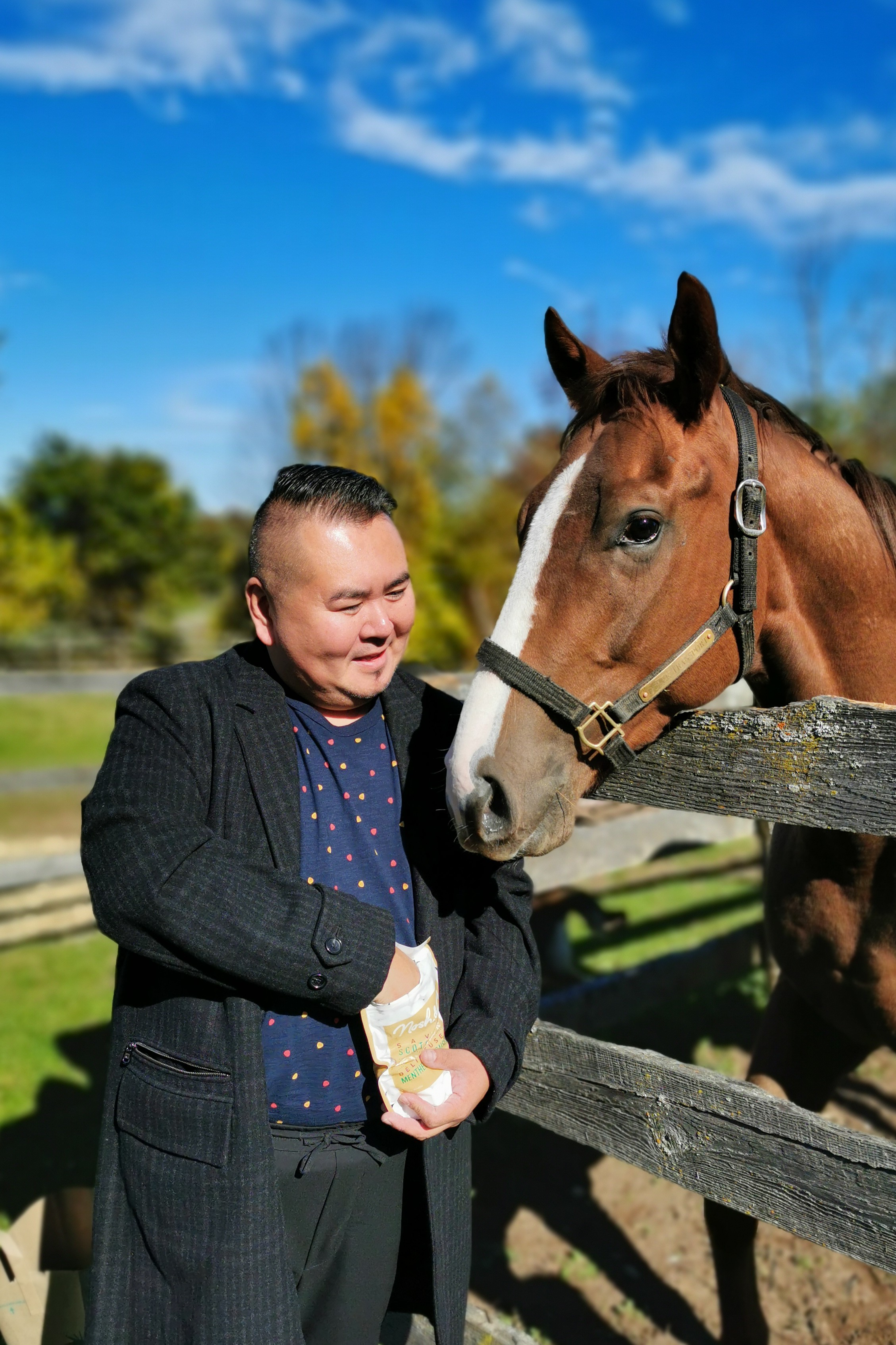 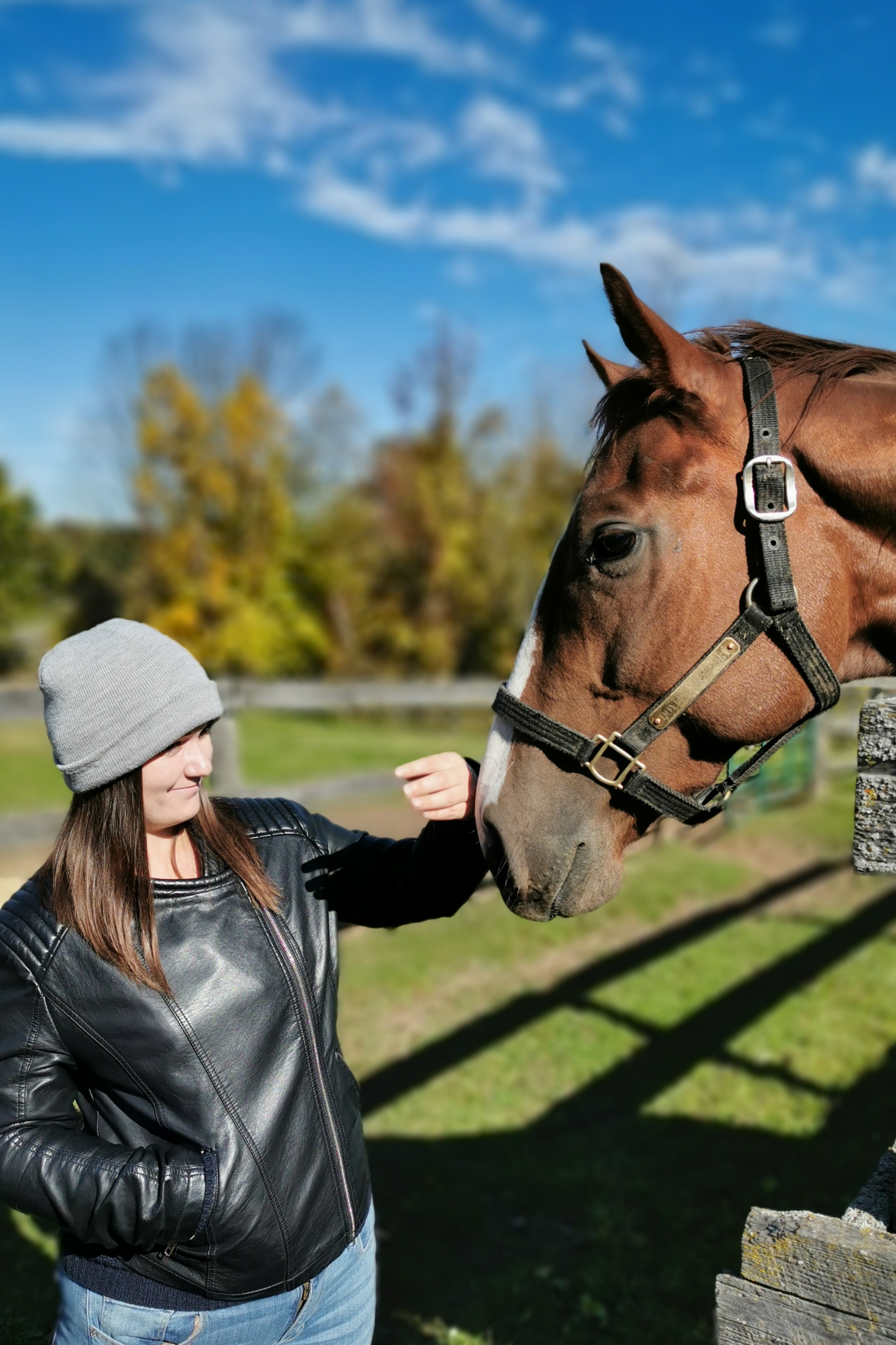 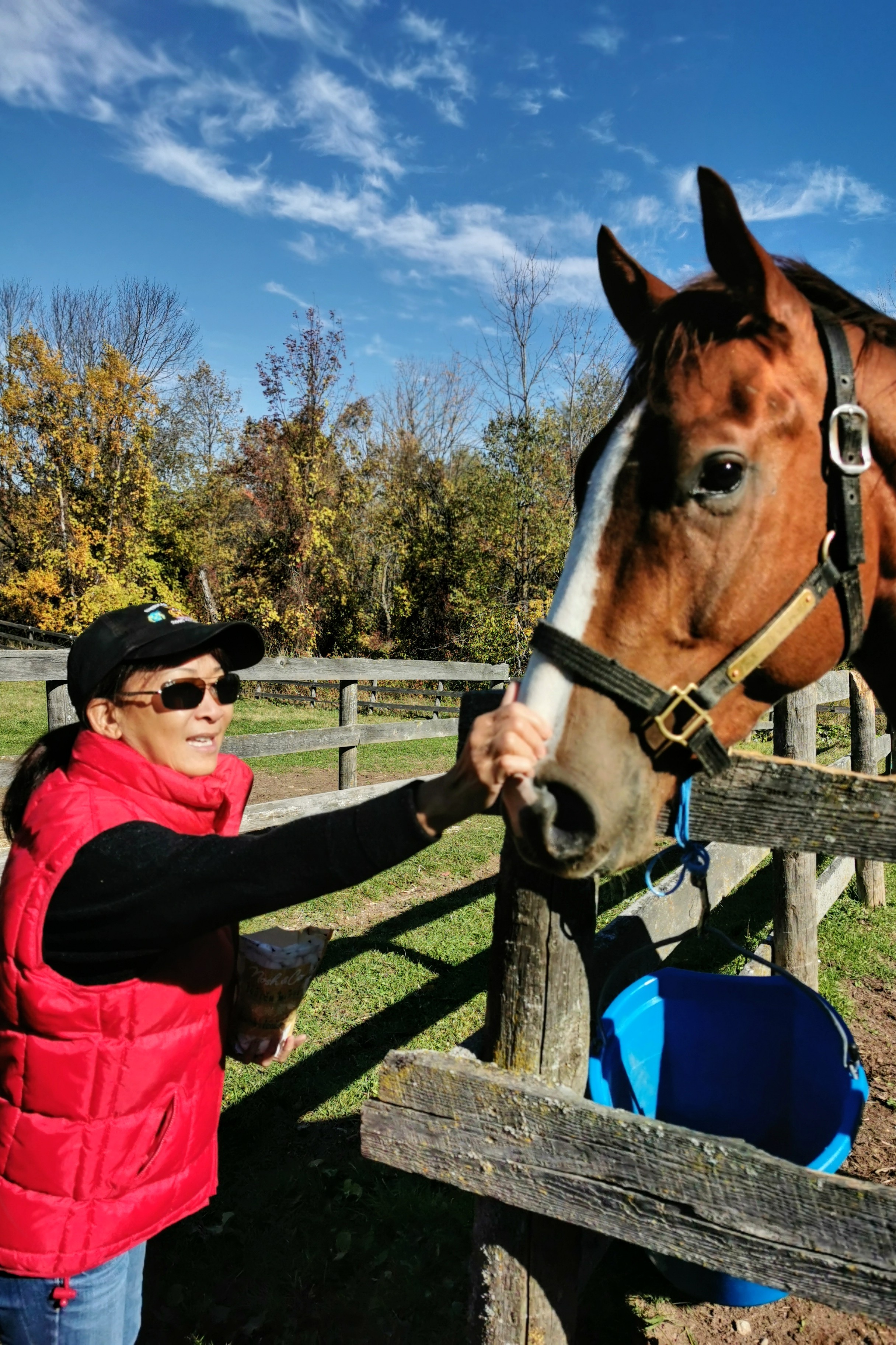 Now we did try the Halloween costumes with Mr Will but he wasn’t quite feeling it! 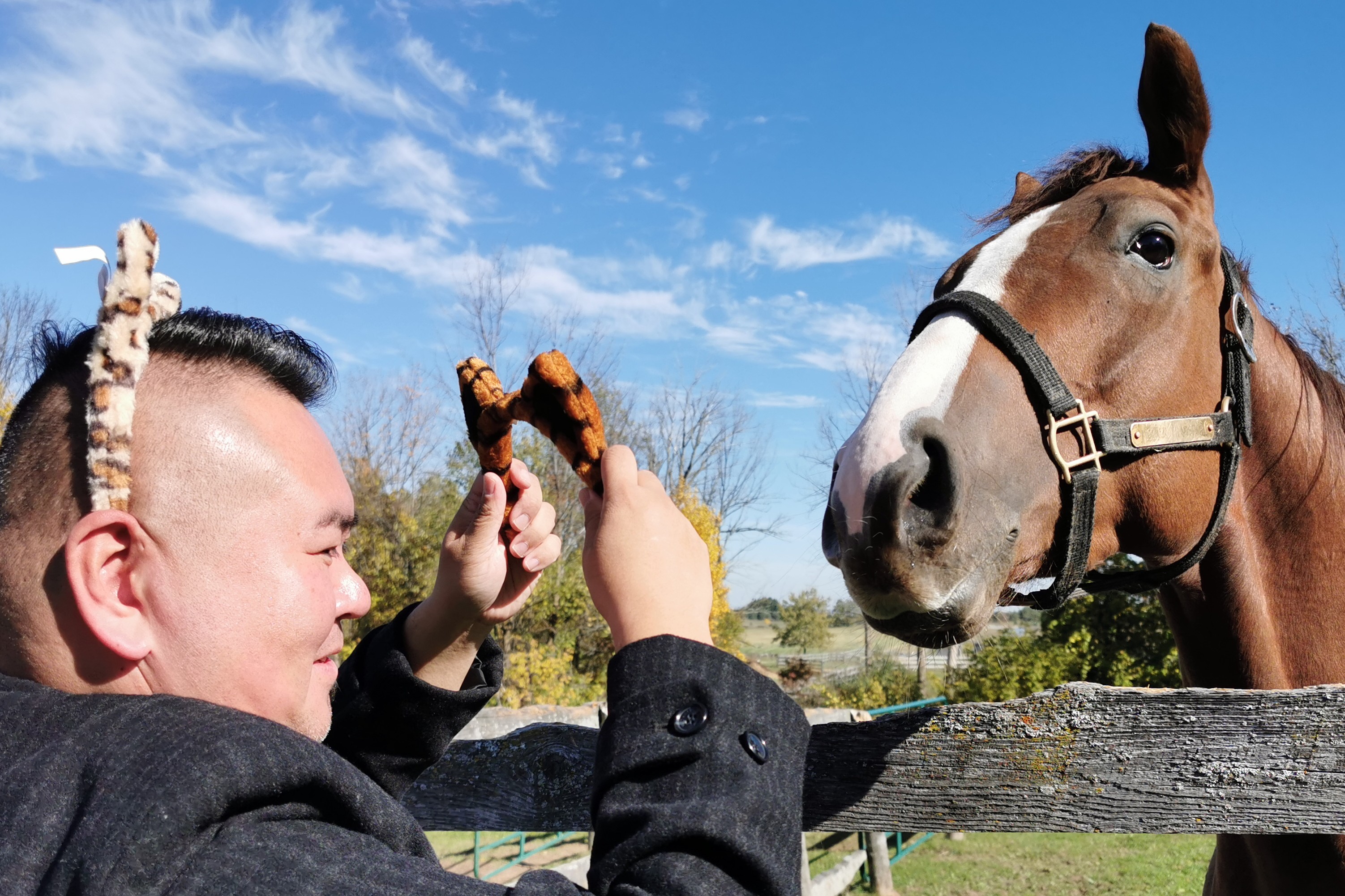 …but we love him all the same. What a face! 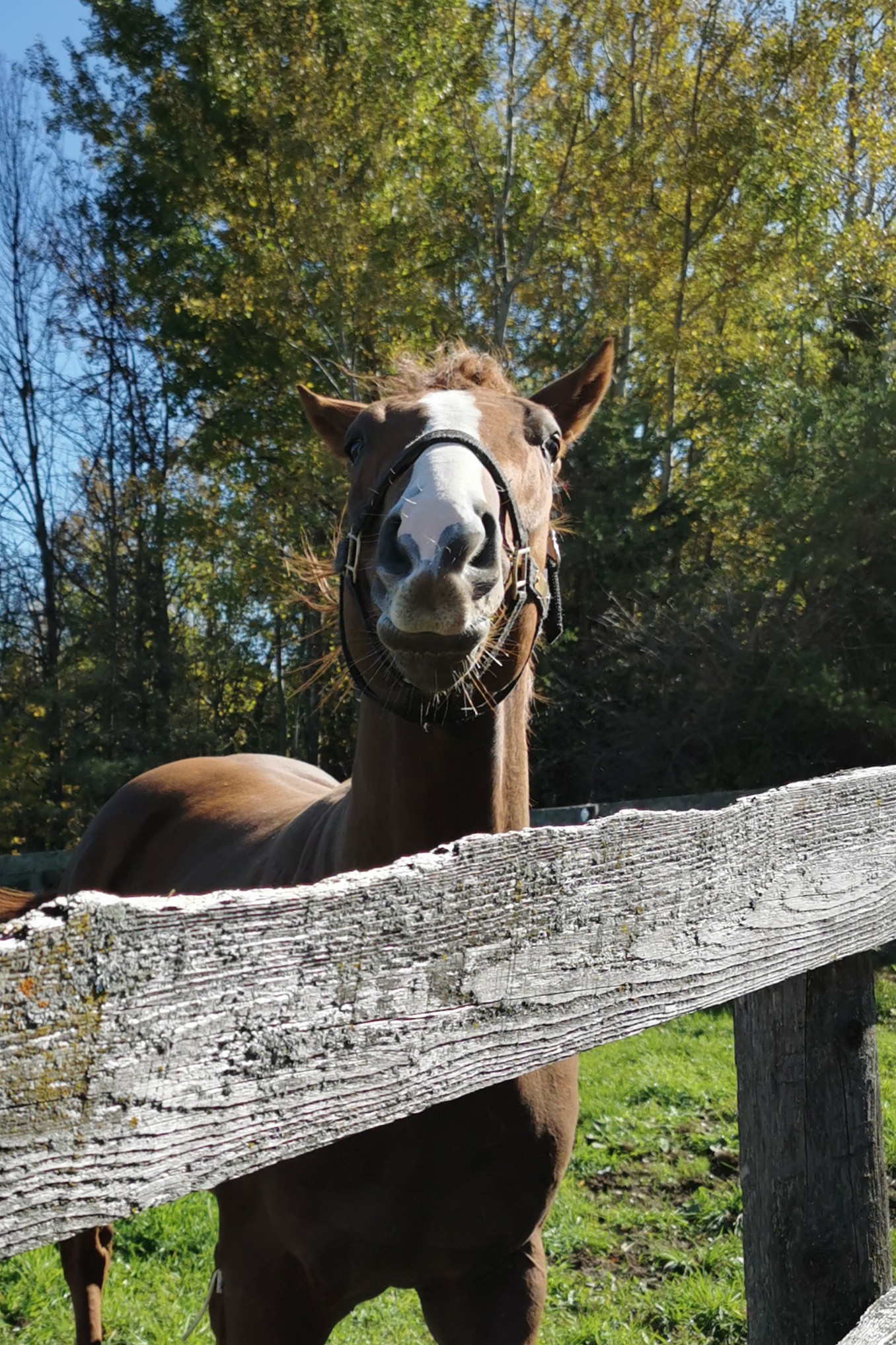 Earlier this Summer, Emily was kind enough to throw us a BBQ and Mr Will and Princess’ worlds both collided!

Thanks everyone for coming to my #HotGirlSummer Party last night! I love that there’s a whole watermelon left over all for me! 🍉 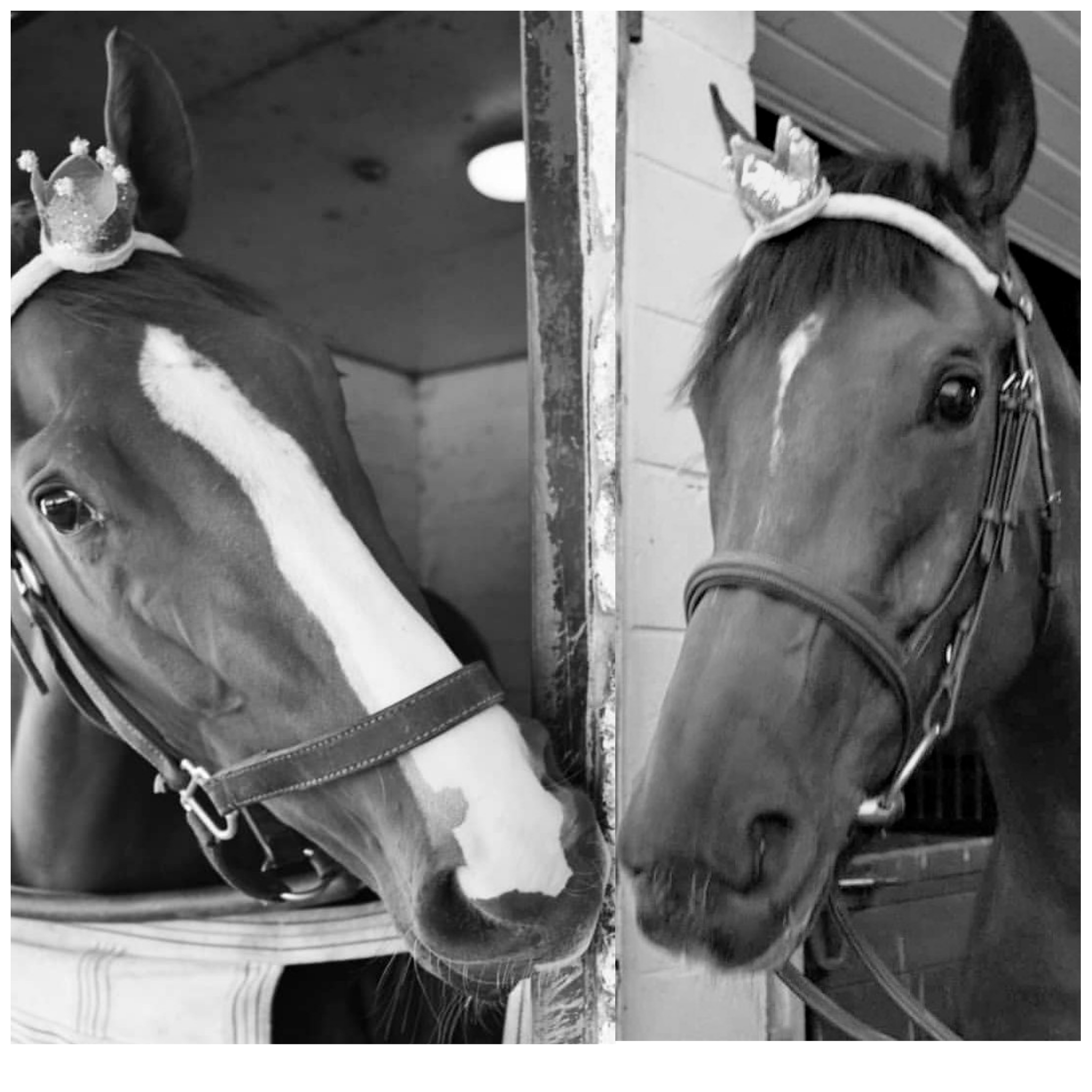 A PIC BY MRWILL MR WILL woodbine