Where has the time gone? It was a chilly day in February when we first met Princess and now we’re literally living in the Tropics! Would you believe that Princess (A PIC BY MRWILL) already is nearing her debut? More on that in a bit.

I have been making my weekly (sometimes more…) visits to see her and it is amazing seeing Princess come into her own not just as an athlete, but also an amazing young lady. Her demeanour has made her popular at the John Ross barn and I make a conscious effort to spoil her with her favourite organic rainbow carrots, peppermints and tons of playtime.  She has to know by now she’s special, right? Although all credit is due to John and his amazing Team, I am humbled to be a part of this even if in a tiny capacity.

A few weeks back, Princess did her first ever interview with Media Sovereign Award winner Alex Campbell (@AXCampbell1) for the Daily Racing Form and she handled herself like such a pro! Holding myself back from being jealous, I may have caught her cuddling-up to Alex after the interview.  Princess sure knows the power of good press and media manipulation. What a Celeb!

The piece has gone live and is here!

John hasn’t been his best of late, but is doing the right thing getting well and we all send him lots of love and positivity for a speedy recovery. The barn is extremely thrilled riding a high after a huge win on the weekend! Princess’ workmate and sis RAGLAN ROAD  (Victor’s Cry x Glaslyn, by Forestry) crushed it in her debut Saturday at Woodbine against open company! Although Raglan is the bigger of the two, Princess has matched strides with her in the morning and people on the backstretch have been paying attention.  Good things often come in pairs or threes, right?  Britney and Christina.  Lady Gaga and Katy Perry. Wando and Mobil. With Approval and Izvestia. Dance Smartly and Wilderness Song. I’m just saying…

We also want to congratulate one of our favourites, Horse of the Year and recent Grade II Nassau Stakes victress LEXIE LOU who began her path to stardom in the John Ross barn. We are in awe how she managed to escape at 12-1 odds (!), topped only by her victory at  an even bigger 17-1 odds in the 2013 Muskoka Stakes. We’re excited to see her step it up in a couple weeks as she’s likely to run in the Grade I Just a Game Stakes Belmont Stakes weekend. This is a true testament to the quality of Ontario’s breeding program with progeny of our stallions competing at a world-class level.

Fun fact: Did you know Princess was handed-down the same stall that housed both Lexie Lou and Brooklysway? 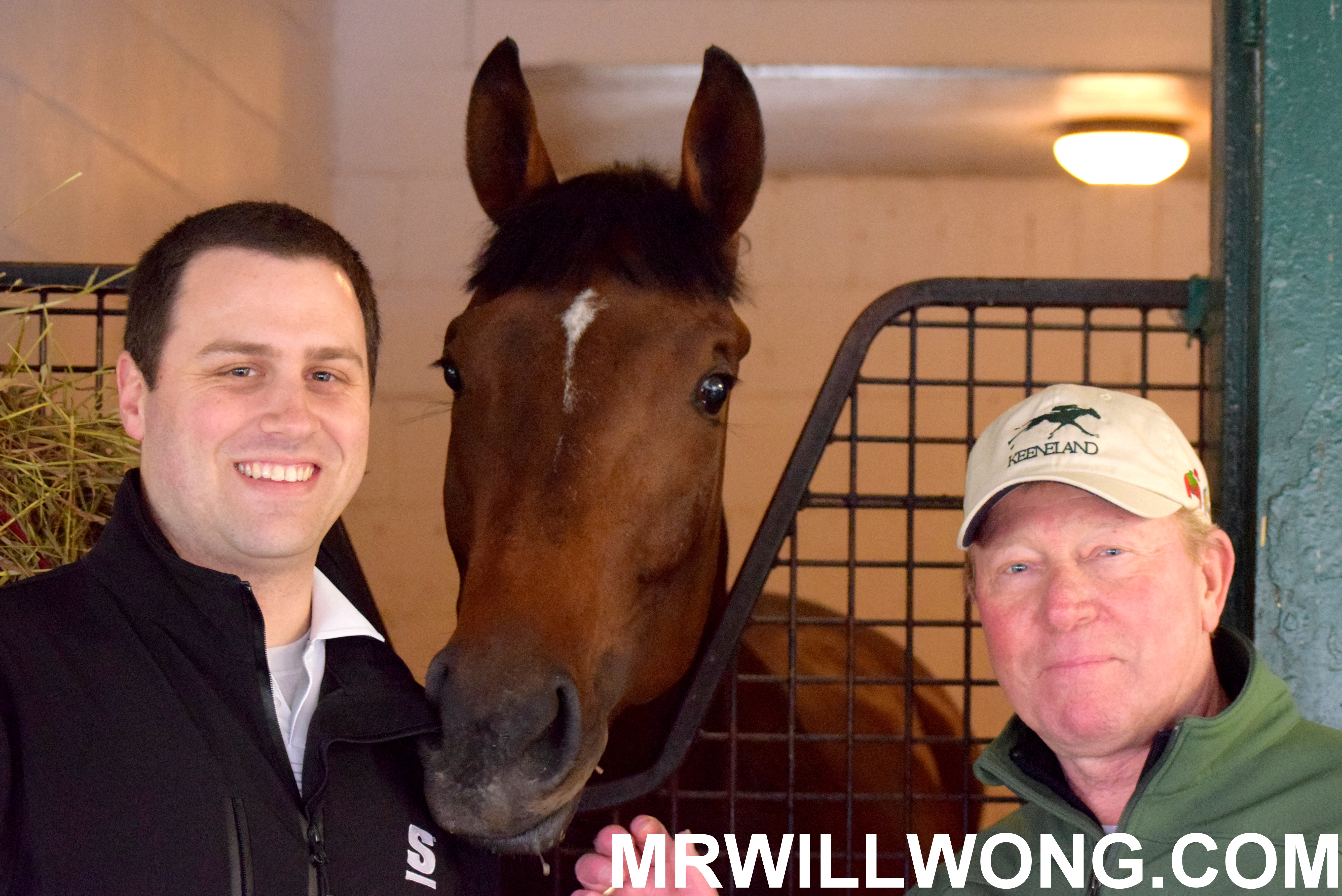 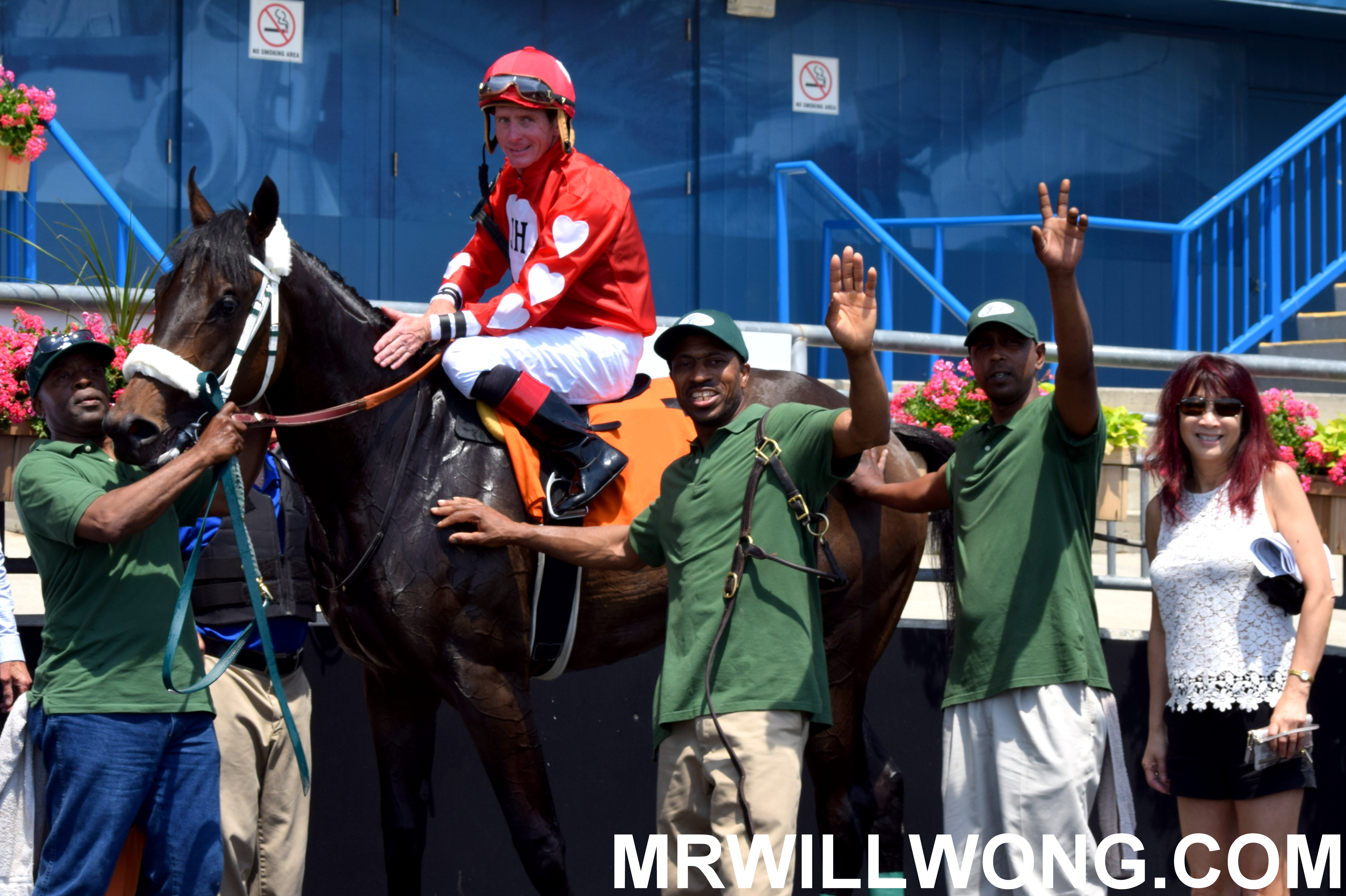 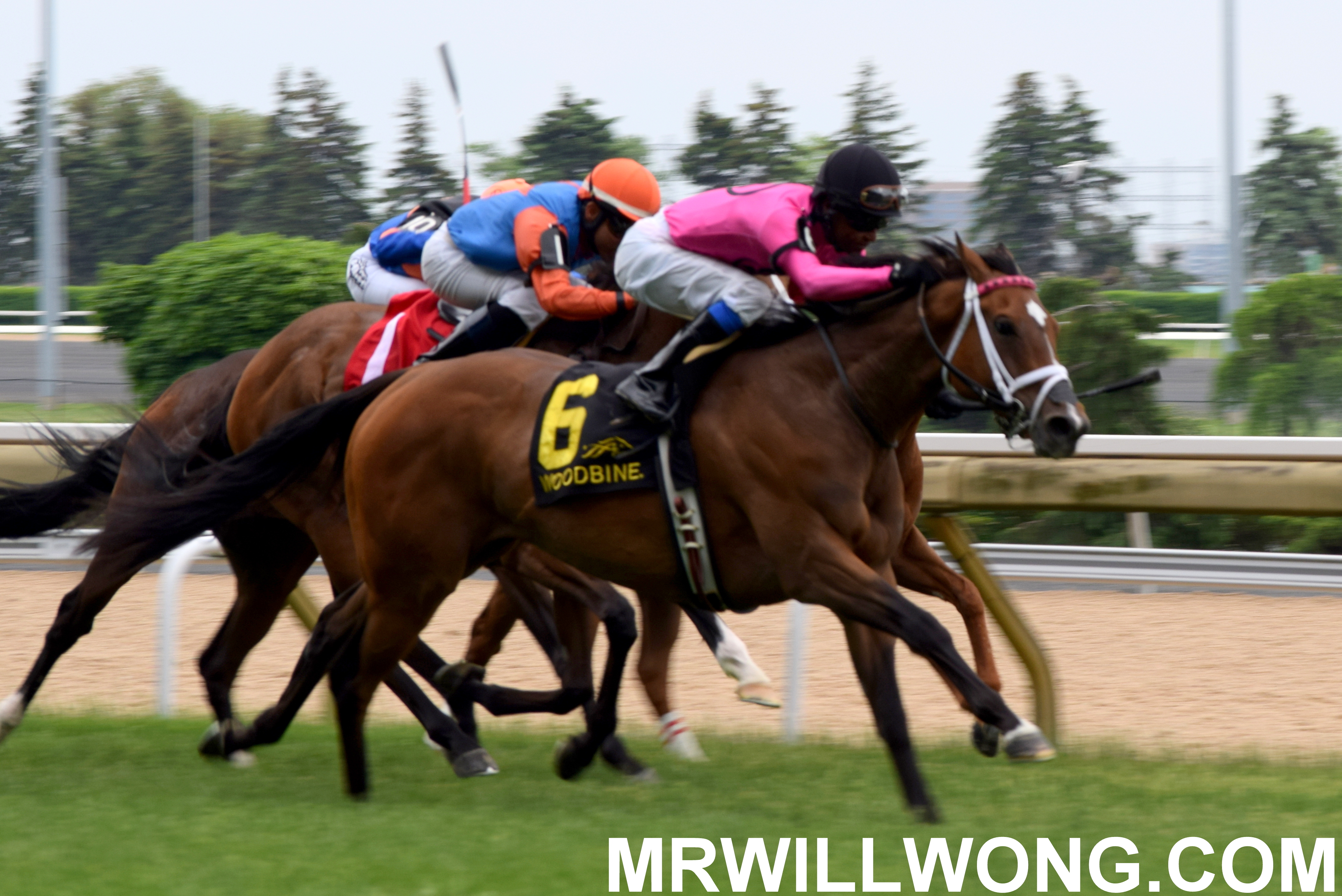 Working out the gate with her pal Sheena Ryan, Princess has been posting some real solid workouts in company.

Some of her recent works. A furlong is about 201 metres…

Princess with my Parents (left) and my Aunts visiting from overseas. Their first time around a horse! 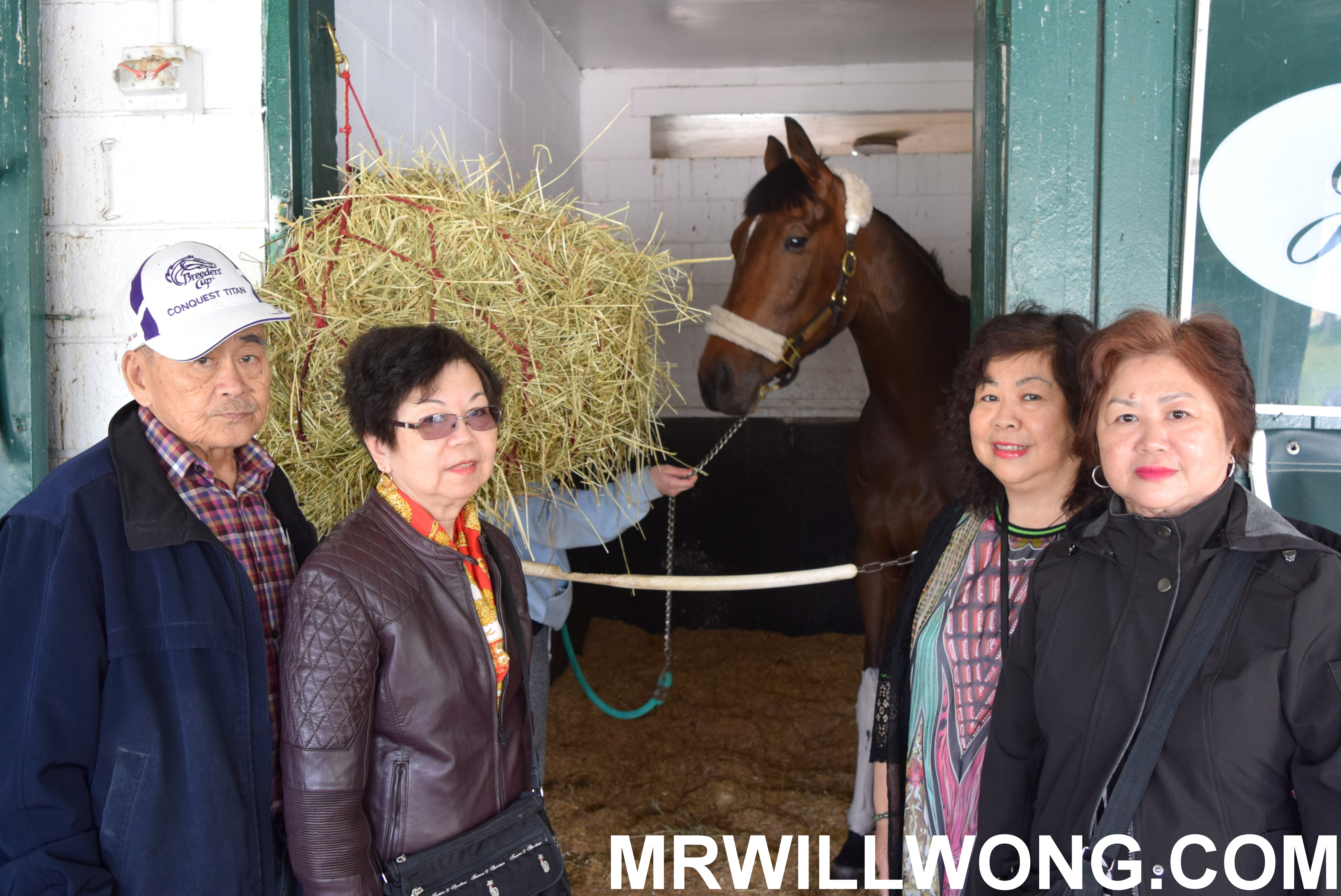 Princess training with Sheena and her sis Raglan Road, under Gary Boulanger 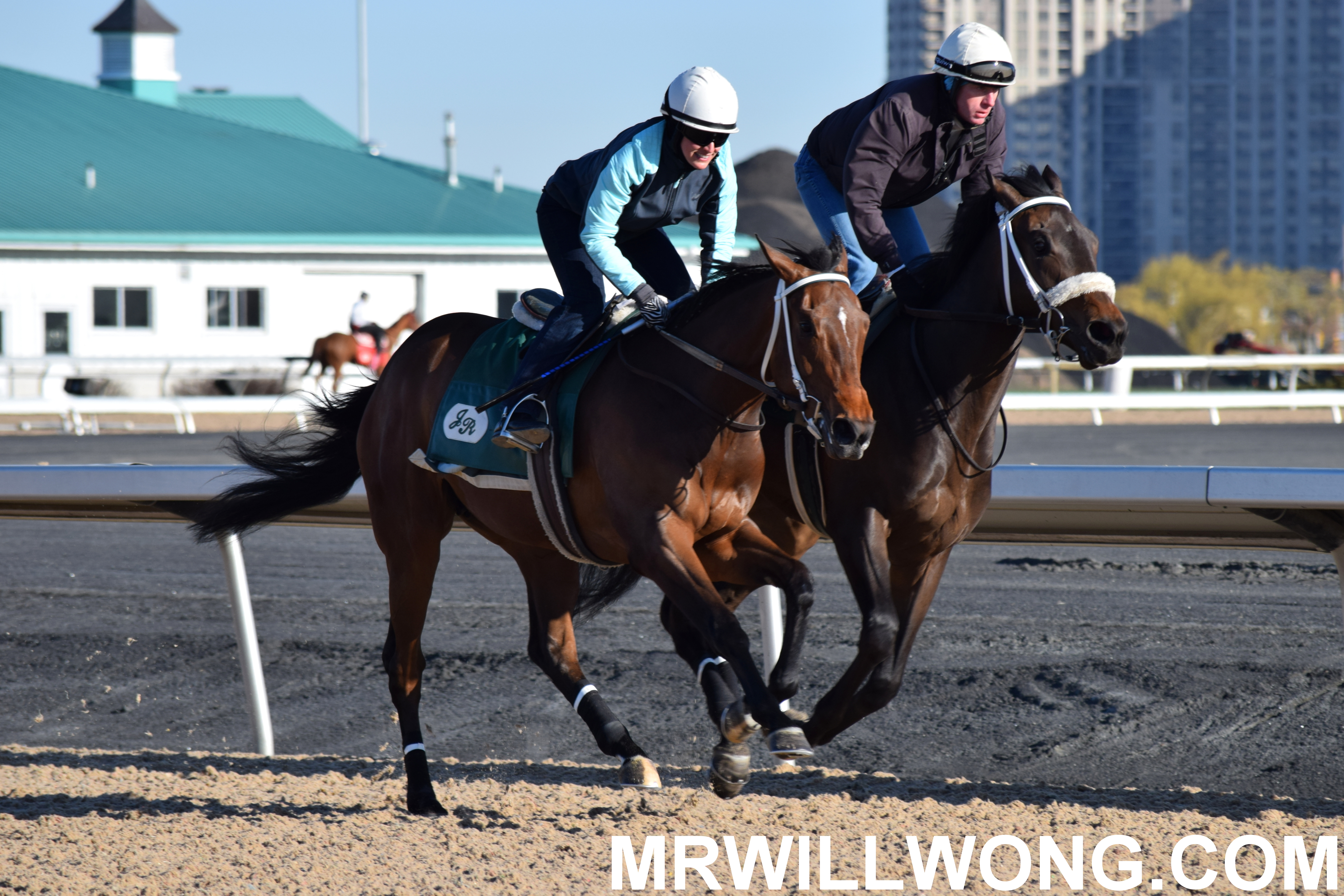 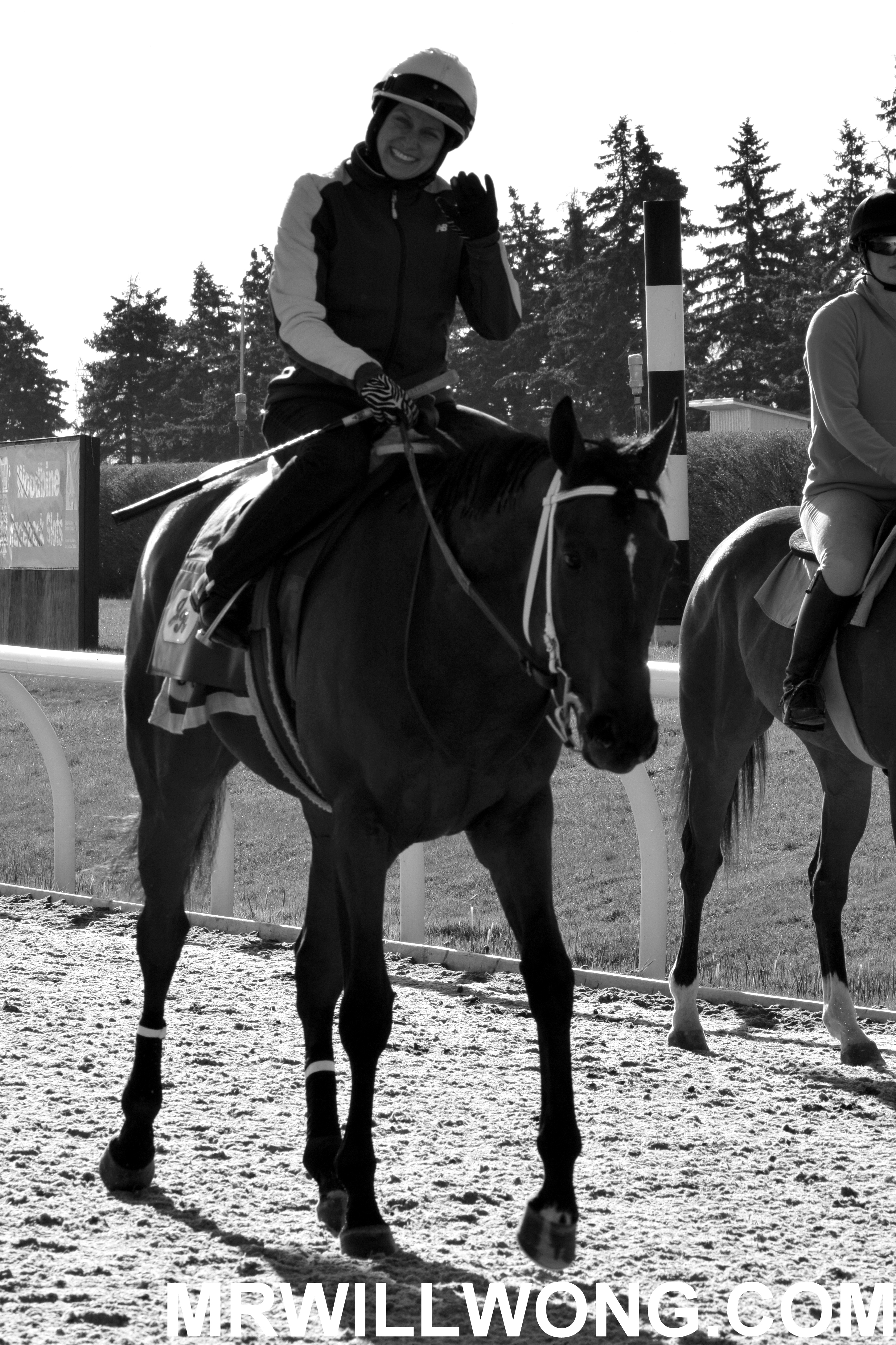 Special thanks to our friend, the lovely Ericka Rusnack (@ErickaRusnak) who captured this stunning shot of Princess and Sheena training with her other sis Saturday Dancer (under Steven Bahen) a few days ago! 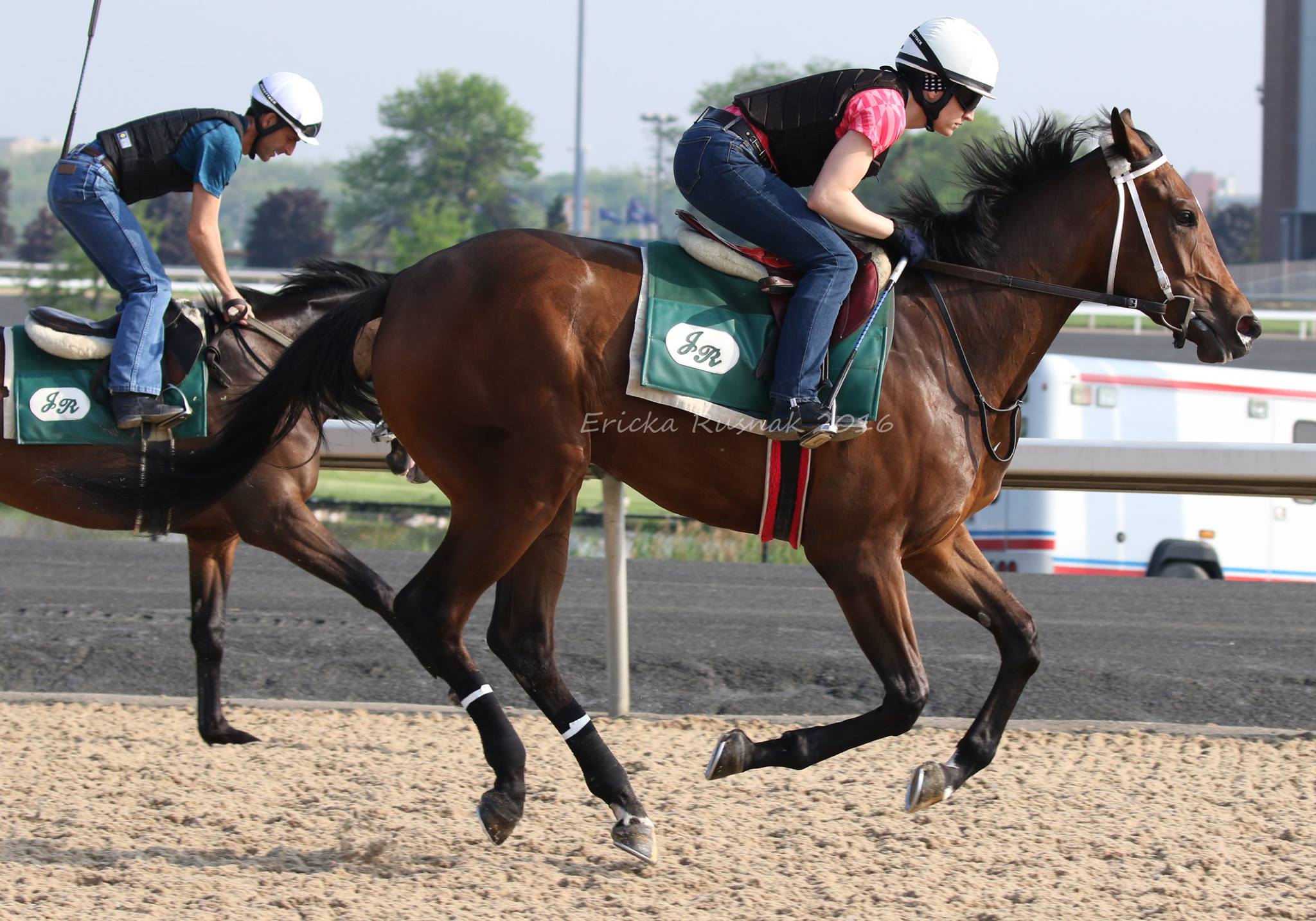 Karl Lagerborg (@StallOfficeKarl) aka Racing’s “Uncle Karl” of the Woodbine Stall Office, brought the entire Scheduling Department to meet Princess, which she appreciated so much! 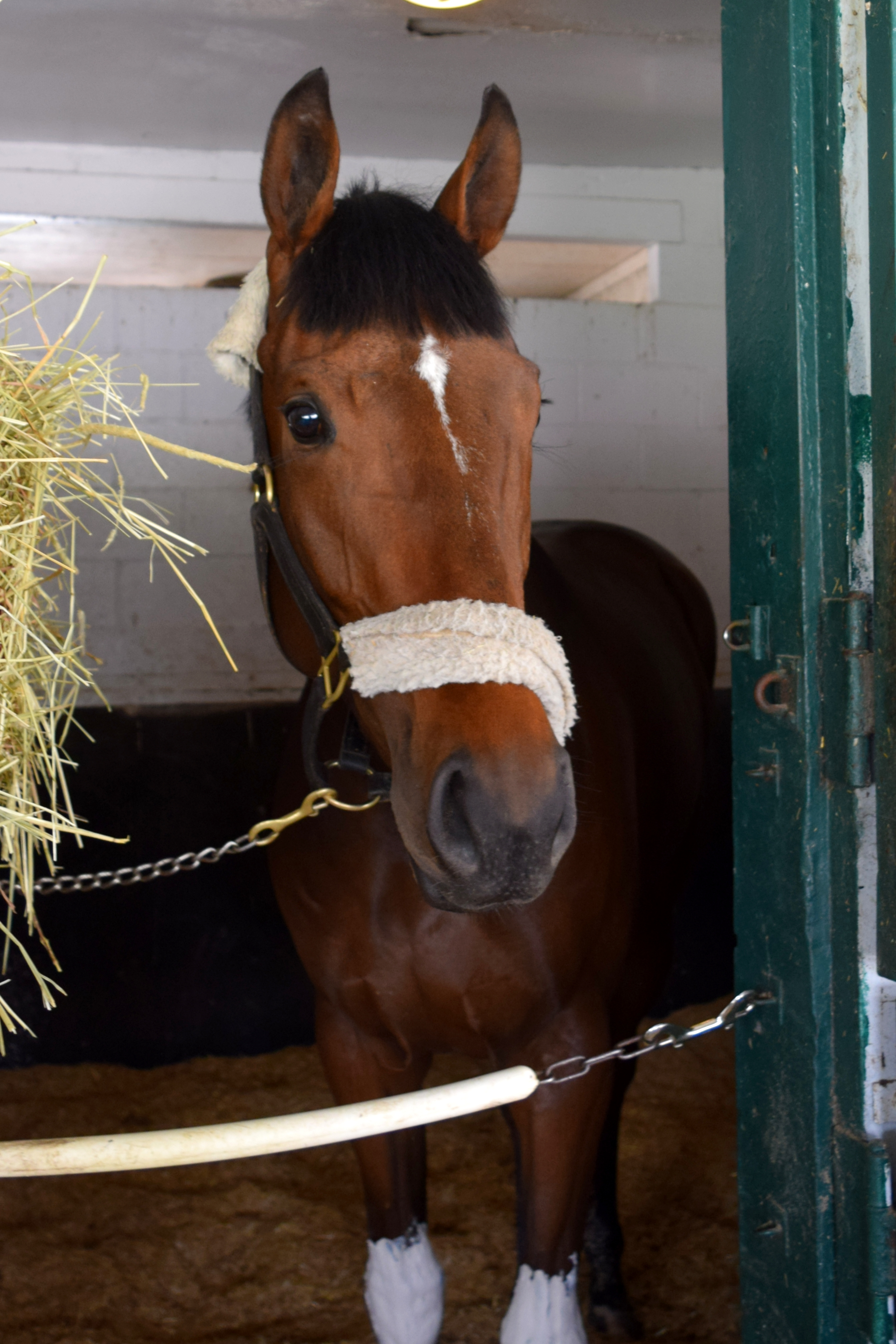 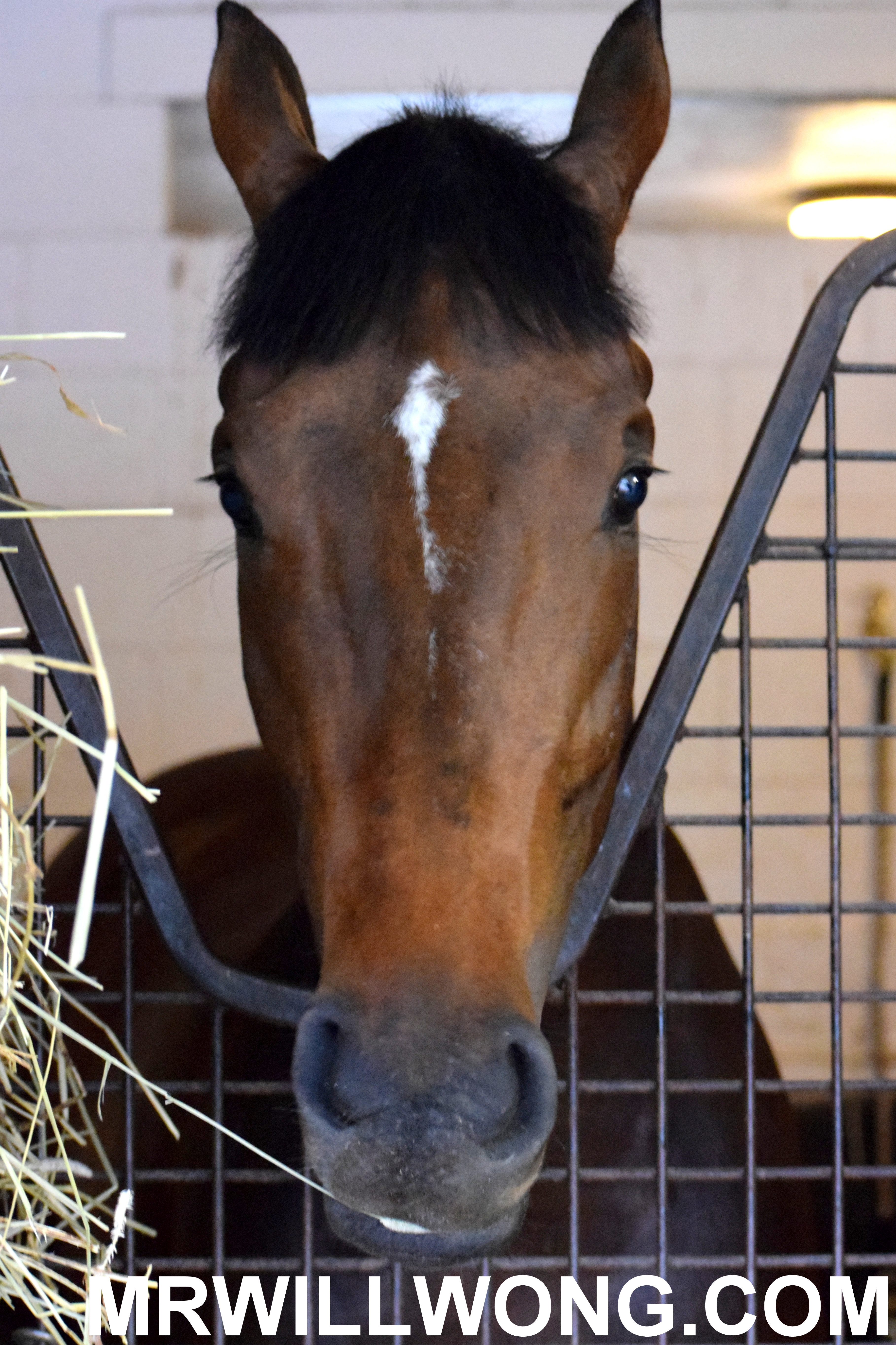 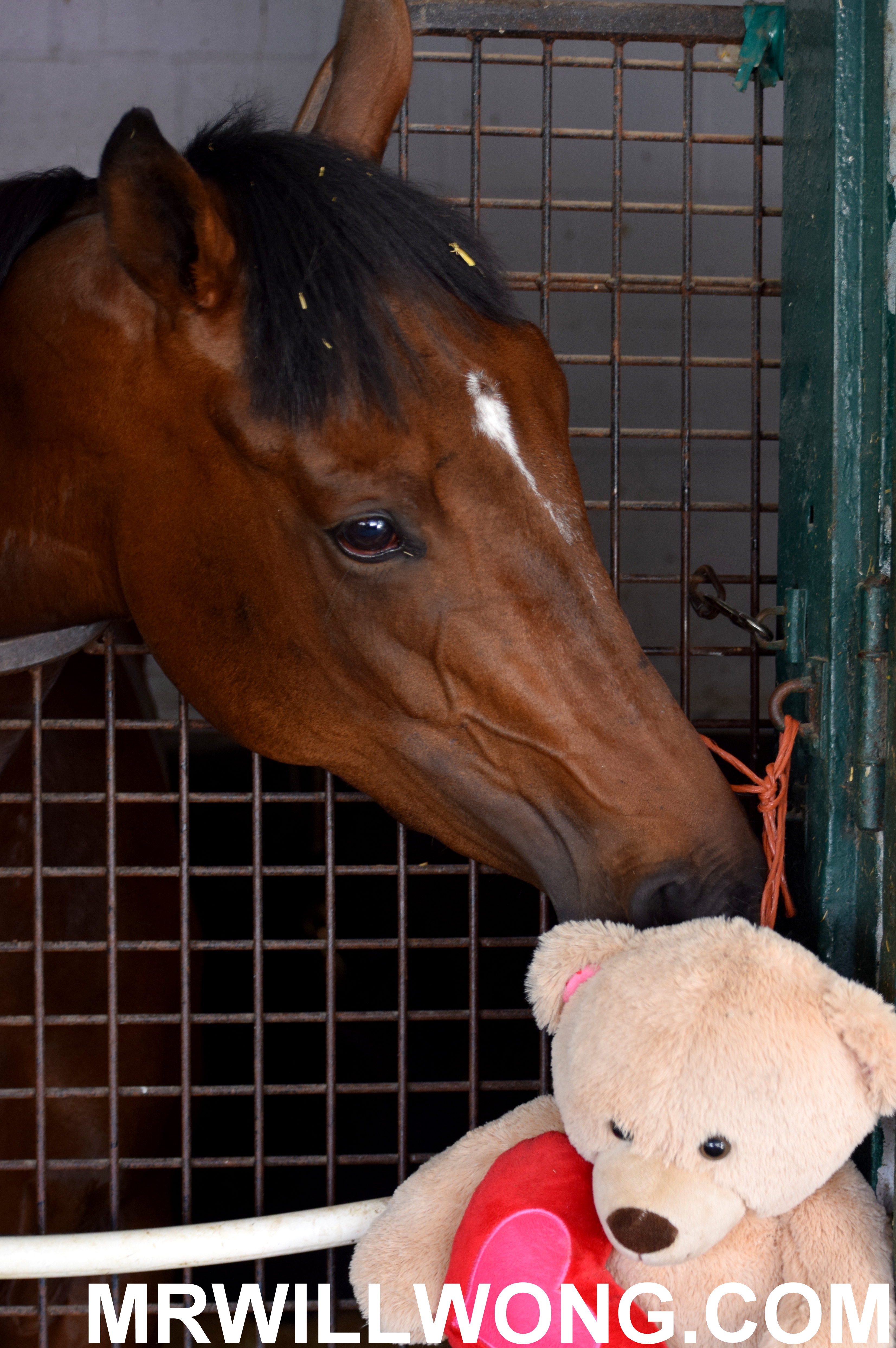 Also, Princess’ signature bangs are developing a Fan Club of their own, making her a bit of a fashion icon!! See some of her PICsies’  sweet Tweets! Thanks Bailey, Lynn and Maureen for your ‘bang-on’ support! 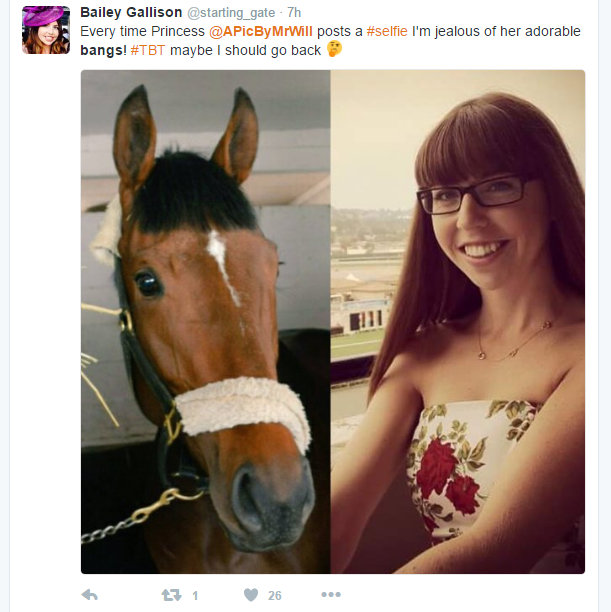 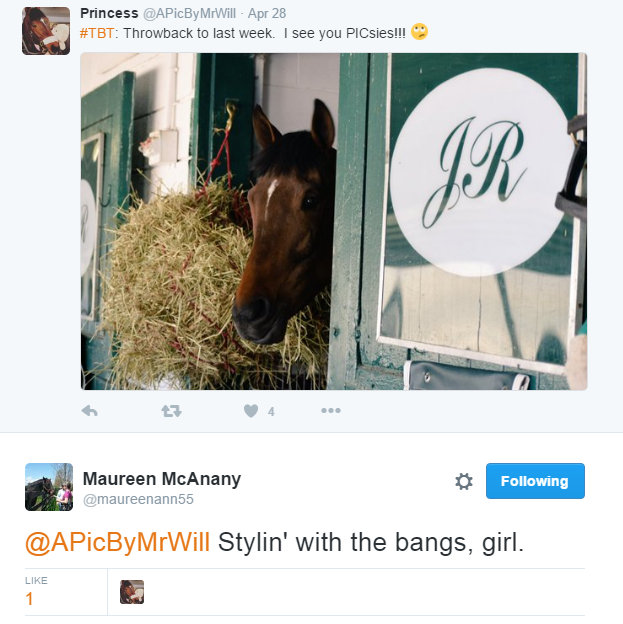 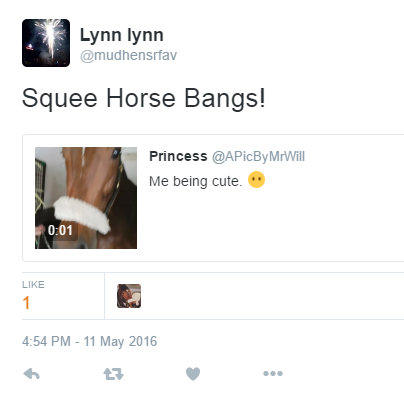 VIDEO: And now for a MAJOR announcement!

Hay You! Be a PICsie too!