Whaddya know? It’s Princess time!  Our girl A PIC BY MRWILL is ready for her second race after a promising debut early June at Woodbine where she finished strong at the ultra-short four-and-half furlong distance.  A bit more distance she asked for and a bit more she will get!

Team John Ross and I were so touched that the betting public and experts gave her a firm vote of confidence, making her the well-bet favourite that day. Thank you.

Thank you, #DRF for the support! Kisses.

We admit there was some growing to do, and the Team learned a few surprising things about her from that debut. It is always a bit disappointing when things don’t go as envisioned.  I was told by moments before the race that she wasn’t going to win because others had stronger workouts than her and also it was suggested that my going on about Princess was going to ruin her chances of winning. That aside, it is the outpour of support from the community following the race however that shone through. “Next time!”.  “She is beautiful!”. “She ran great!”. “The first race always is a toss-out for two-year-olds!”. These are comforting words I needed to hear and all in some way true. People are protective of our feelings and that did not go unappreciated.

My eldest brother John and Parents even came out –  without telling me – to support Princess, which I realized only after finding a $100 Win-Place ticket on my kitchen table when I got home. 😢

This past month Princess really has applied herself in her training on and off track.  Focus has gone into getting her acclimated with the paddock with her groom, the awesome Basil, so that she’s comfortable with her surroundings in the lead-up to the race. With her rider Sheena Ryan, she also has been working out of the starting gate to get ready for the next big day!

Be around for some exciting news later today, PICsies!

The Clockers (individuals who time workouts) were talking at the annual pre-Queen’s Plate Trackside Breakfast, singling her out for a great show of gate speed in her recent workout on June 25th.  We love that our dear Dawn Lupul chimed-in that A Pic By MrWill actually is better known as Princess! 😄

It’s our job normally to publicize, so it is a challenge that often in this sport there’s a bit of hush-hush and fear of jinxes. Sorry, but we can’t help but get a little excited over this! We’re expecting a great turn of foot and are confident in her.

For those who missed it, Princess’ debut can be watched here:

In addition to growing (she already is tall to begin with!) quickly with each visit, we see a bit more fire in Princess.  We admit she’s very sweet and almost pet-like, but at times but I worry this translates onto the track too. We’re loving that aggressiveness we’re seeing in her of late.  I mean, look at her reaction to a delicious Royal Gala apple for one.


Get it, Princess! Yeahhhh!

Look what apples made me do.

Remember how I said rainbow carrots were my fave? Wrong. APPLES.

This past weekend’s Queen’s Plate was a huge deal for us. Check-out Princess in this gorgeous fascinator loaned by her mommy Cathy for the occasion, as she greet a group of Social Media influencers with great professionalism a couple weeks back.

So much fun partying with these guys Saturday and Gator! Miss u baes!! Come back soon!

Of course, there could only be one handsome little man fit to be her date on the big day itself… GATOR KITTEN!

And if you haven’t read it yet, here’s an amazing profile about us penned by one of the City’s greats, Shinan Govani, including a bit about Princess and I. We love that Princess’ story is extending beyond the racing community.

An incredible honour being profiled by @ShinanGovani in today’s digital @TorontoStar. Print version out Saturday! https://t.co/GLsS97HFoI

The print version appears in the Saturday, July 9th edition of the Toronto Star. If you’d like it personalized, please pick-up a copy, see me and I will do so!

If you aren’t already following our own little “Toronto star”, you can do so here: 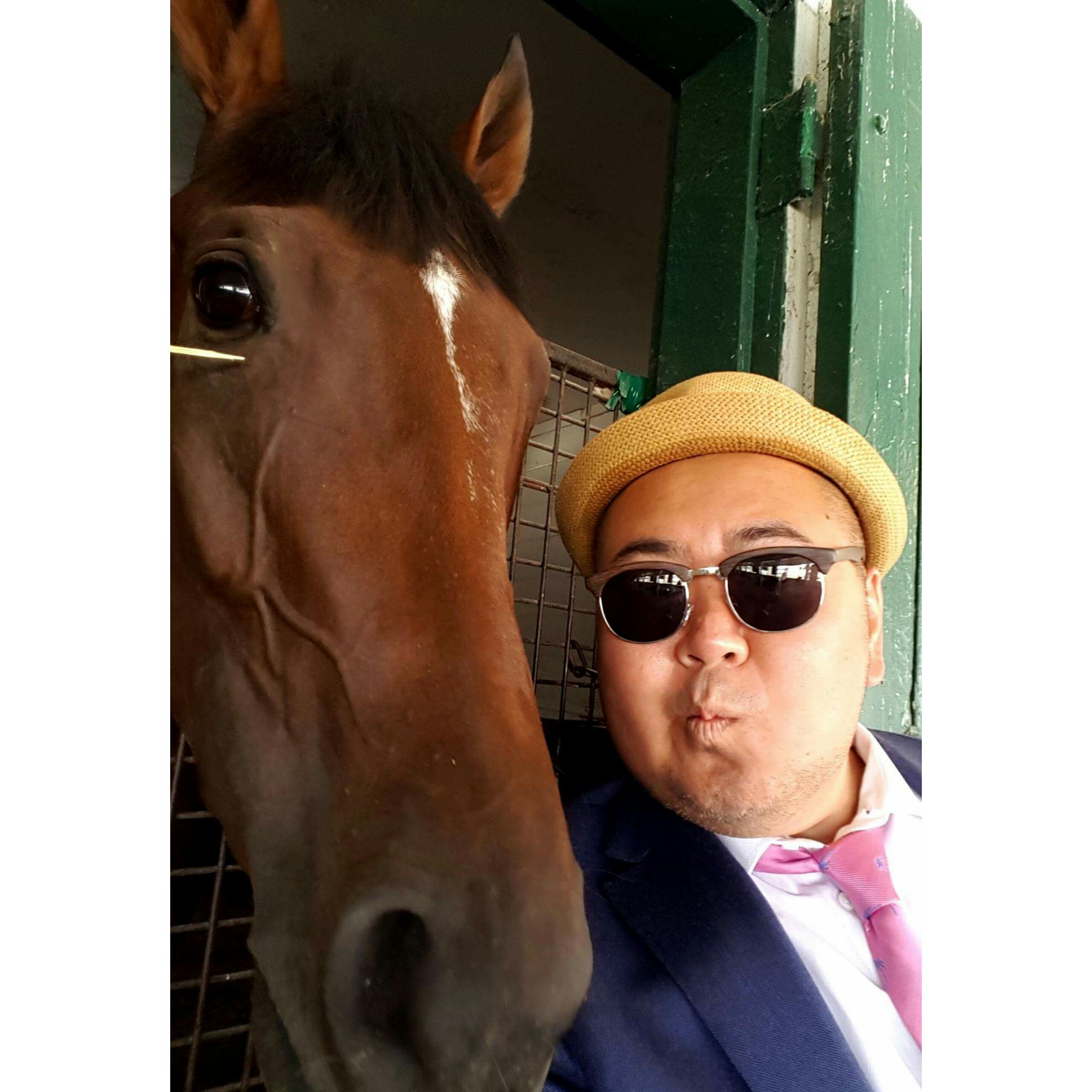