It’s been a while since we’ve posted a Princess Diary, but on behalf of our dear filly A PIC BY MRWILL, we’d love to wish a Happy Holiday to you and your loved ones!

Princess along with her stablemates from the barn of John Ross, has been wintering out in Flamborough, Ontario under the amazing care of Miss Tasha and Mr. Clayton (seen below). It was a fantastic year for the Team who not only won the prestigious Prince of Wales Stakes with Cool Catomine, but nabbed also the top two-year-old race in Canada, the Coronation Futurity with Aheadbyacentury (also seen below). The latter is Florida-bound as he prepares for his Queen’s Plate Trail in 2018! 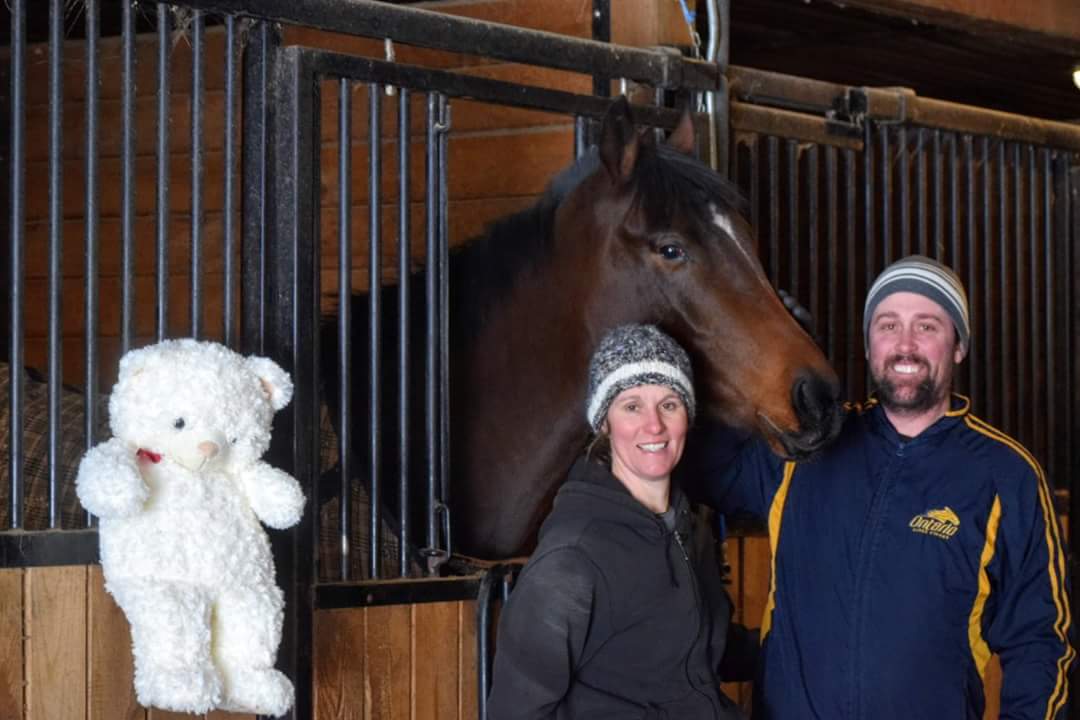 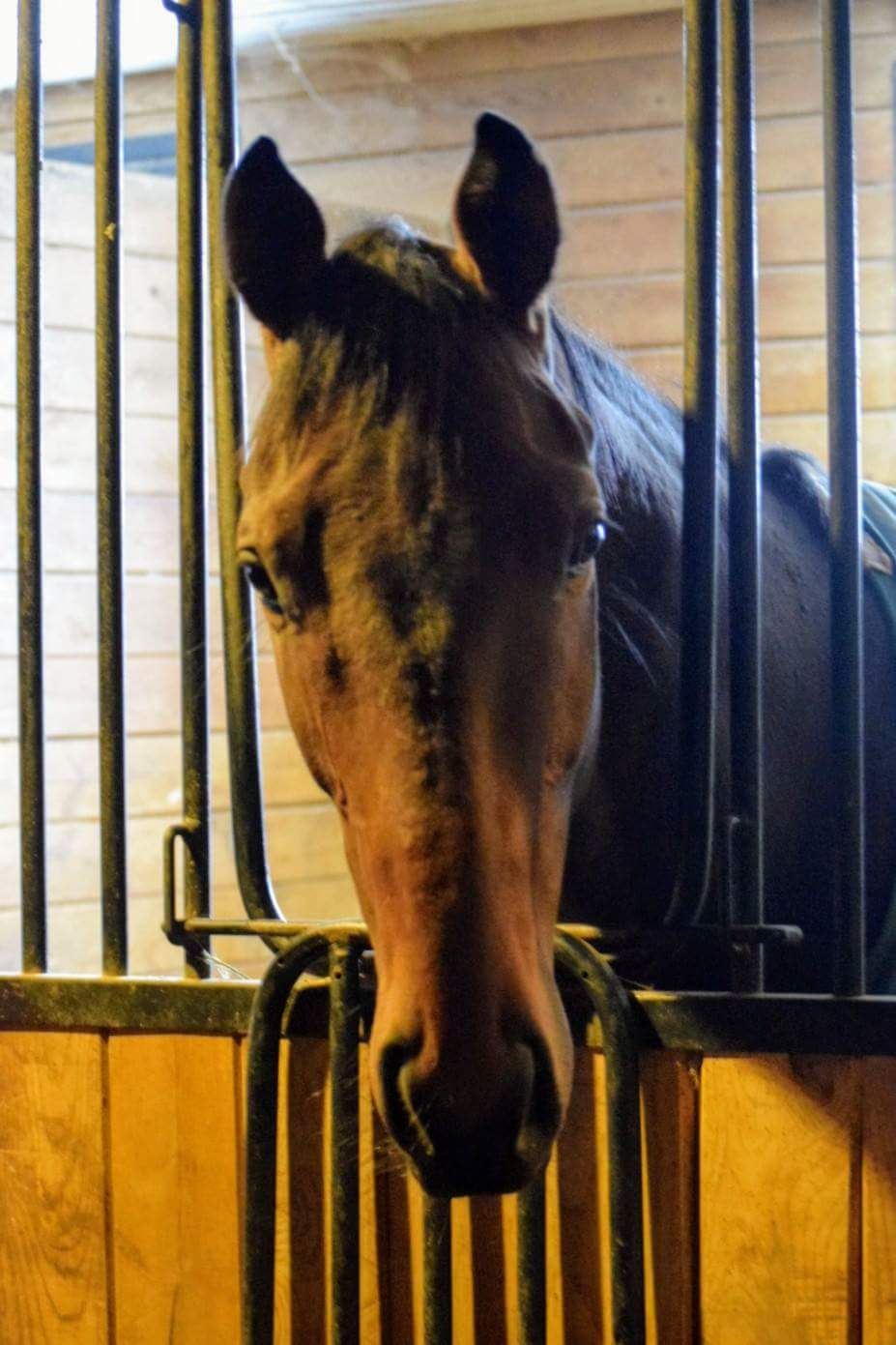 While Princess wintered in Florida last winter, she remains on stall rest healing from her injury and will be staying here until her training resumes in a couple months. She continues to grow and seemed well-adjusted, watching over her stablemates as the queen of her predominantly-male barn.

2017 was an amazing year where we not only saw Princess break through for the first time in a route race, but also great consistency from her bringing home a cheque six out of eight races!

We’re excited to see Princess thrive in 2018 now that she finally is getting what this game is all about! We don’t believe she’s turning four already, which is like 20 in human years. Soon she’ll be a Woman!

Billy and I popped by along with some of our special friends to surprise her today with some festive cheer! She even got a new Teddy to snuggle with since she misses her Woodbine Teddy! 🐻 She missed Billy so much, showering him with kisses.

See some Snaps from today: 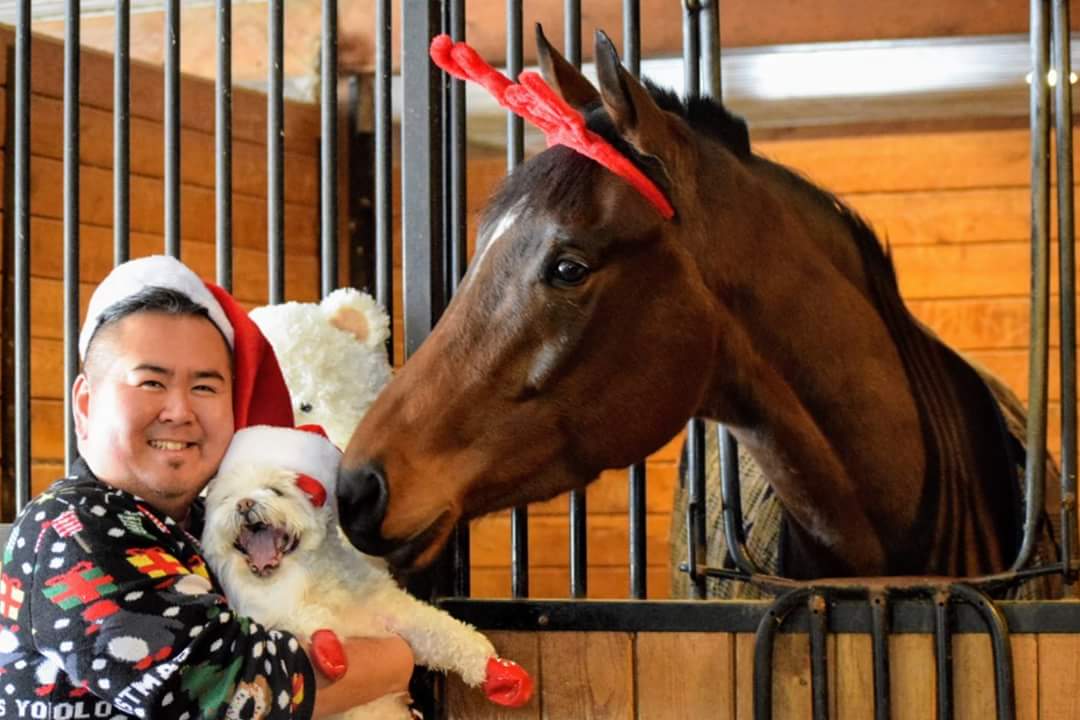 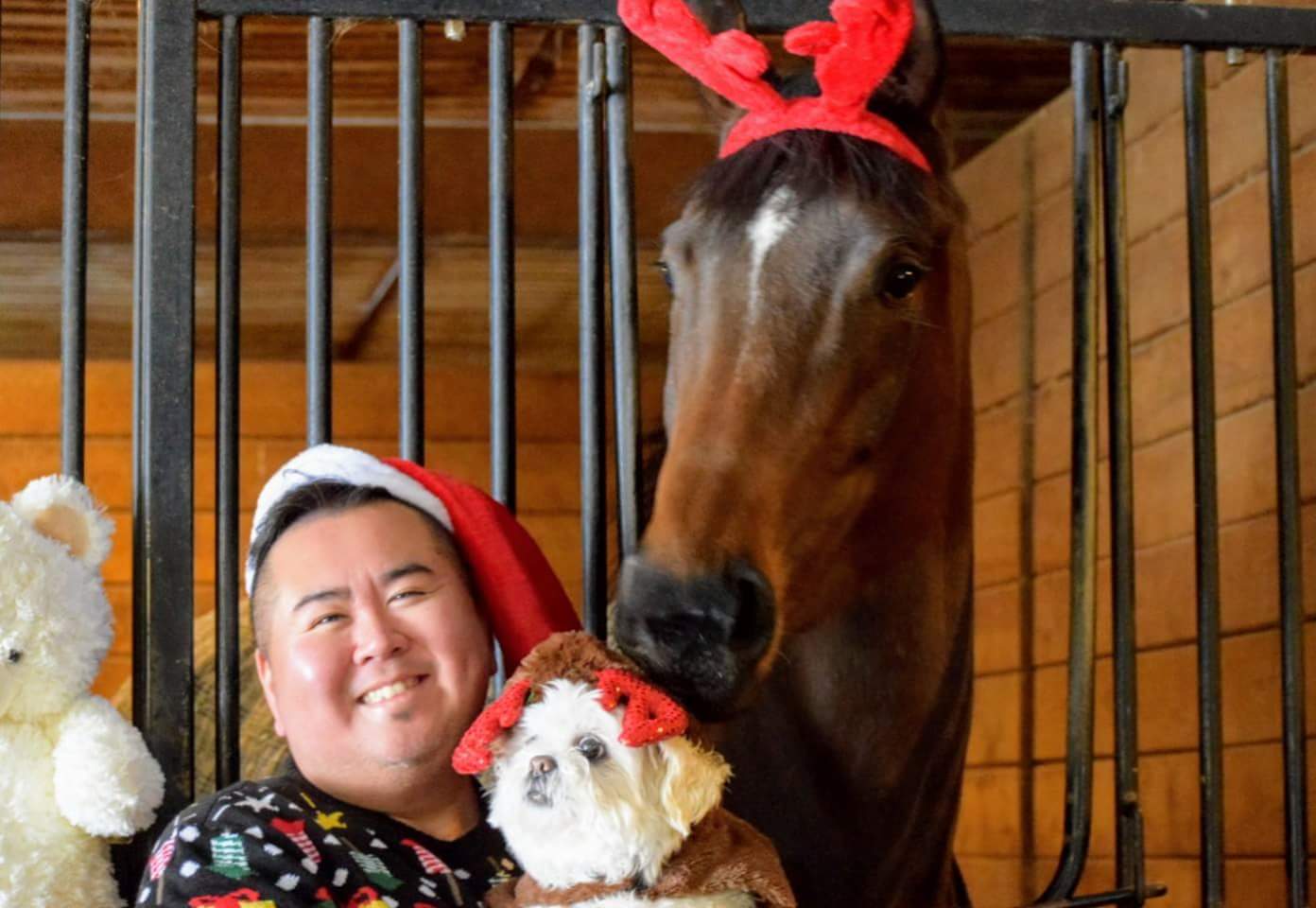 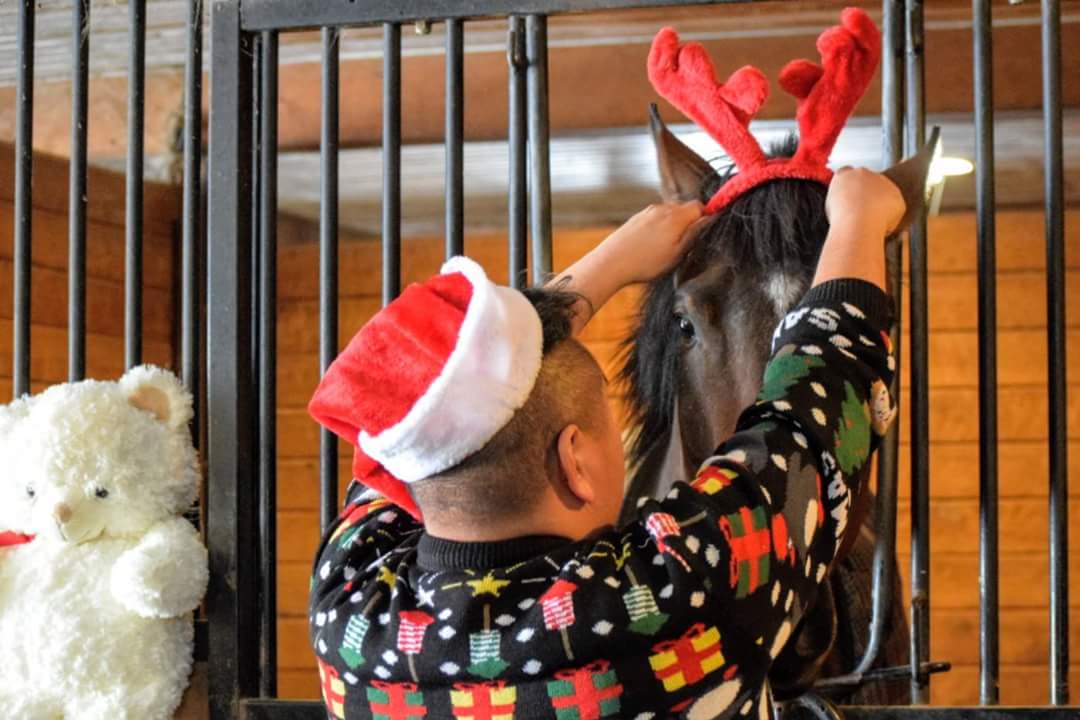 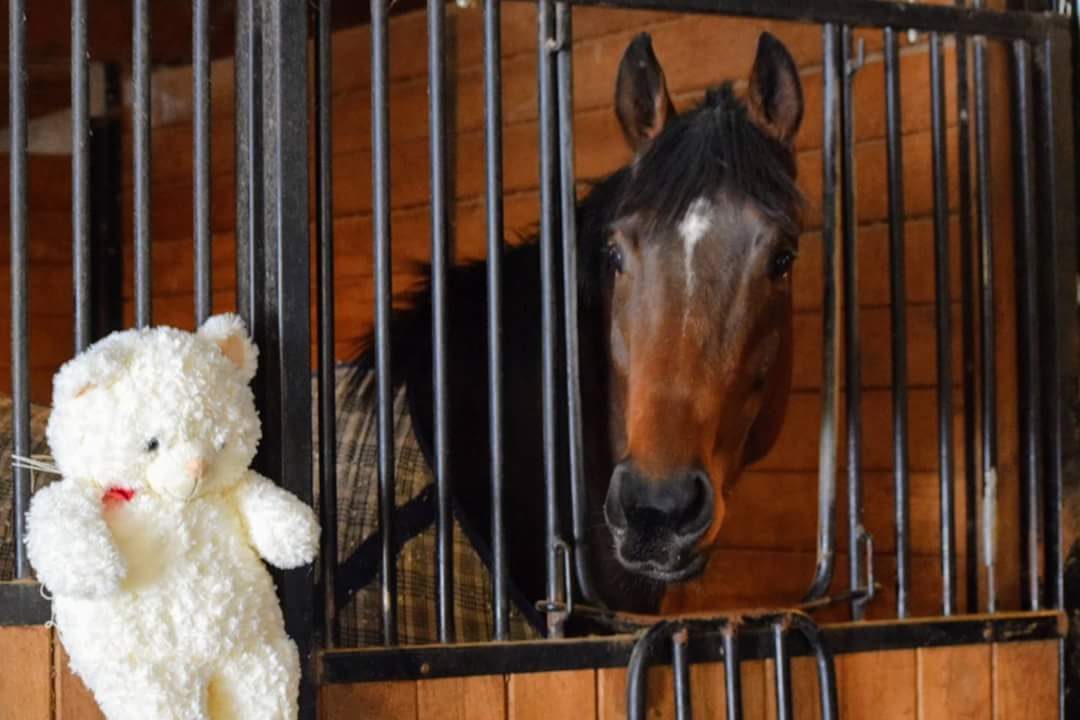 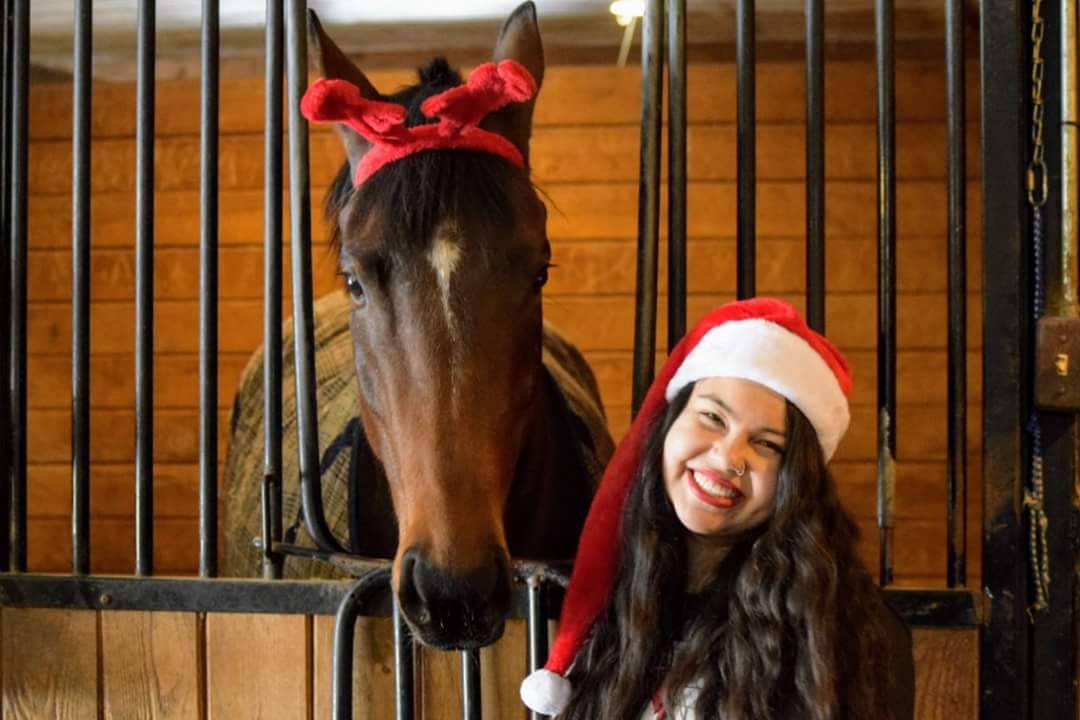 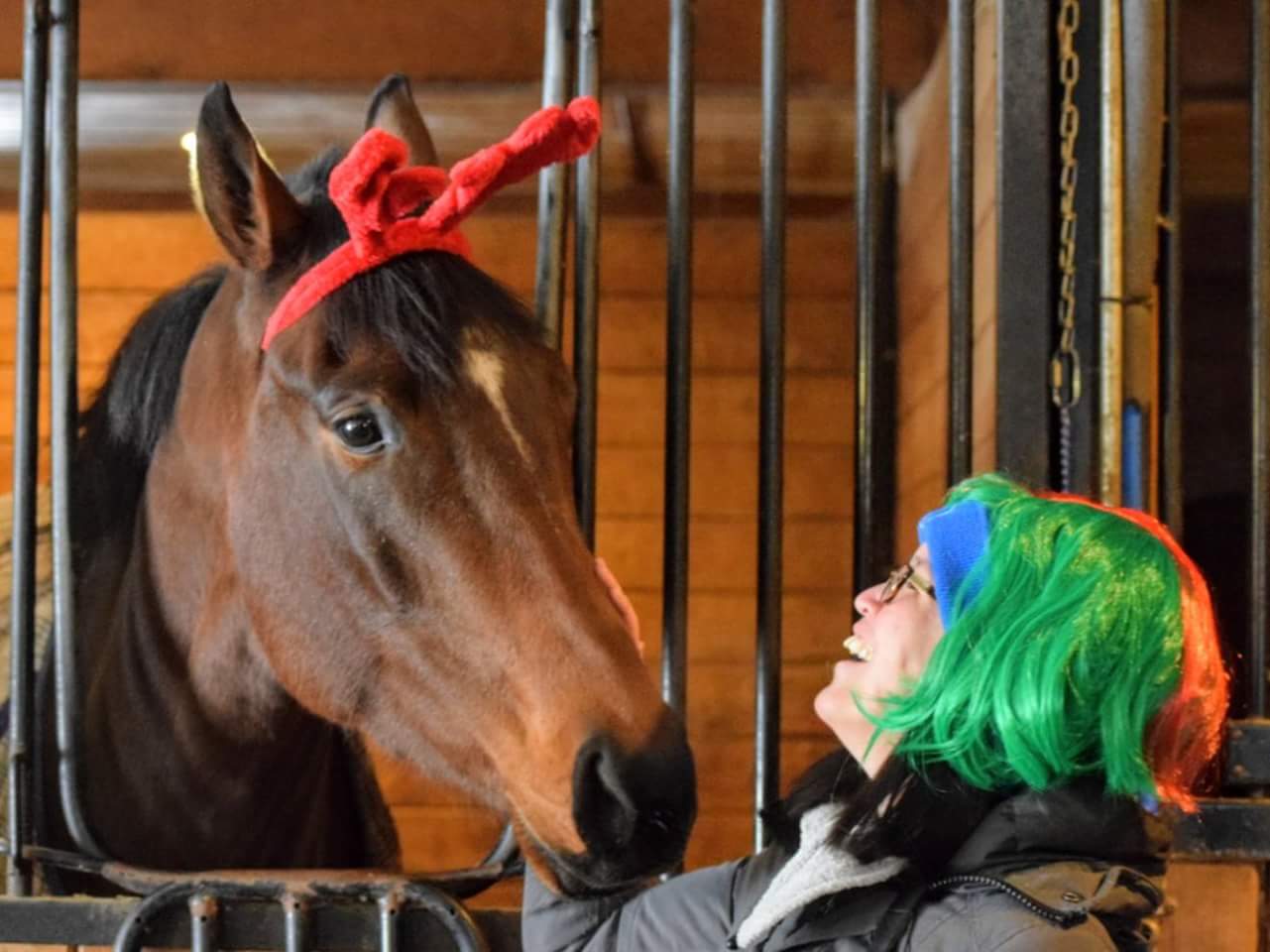 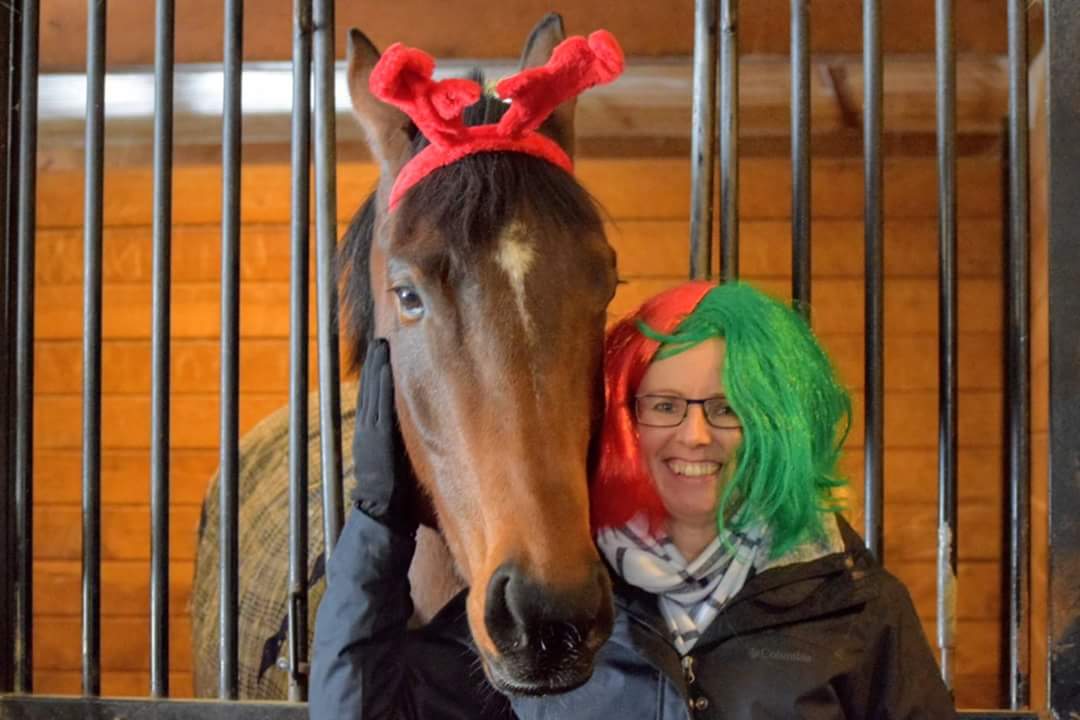 No matter where you are, may you be surrounded with love this Holiday. To all your wishes coming true in 2018!