After last month’s post about meeting the filly named after myself, A PIC BY MRWILL (Princess), her owners John Ross, Cathy Wong and I are touched by the outpour of support we’ve received over Social Media!  Today we’re pleased to bring you a PPR (Princess Progress Report)!

Over the span of the past month, Princess has continued to grow rather quickly. In fact, upon arriving at her stall today I barely even recognized her with her winter coat growing out, in addition to her growth spurt.  I literally asked Cathy, “Who is this??”. After moving-in a little closer, I realized yes, I was indeed in the presence of the same sweet filly as last time.  She continues to be incredibly-affectionate and welcoming to people.

I brought by my friend Lauren, whom I know from the Film world, and like myself, she absolutely adores horses having grown-up around them.  At one point she was serious about a career in showjumping and dressage.  Princess was quick to welcome Lauren with kisses. It was genuinely affecting!

She also has developed quite the appetite for miniature carrots after trying them for the first time last month, making a bit of a mess of it. Peppermints though, she’s definitely still learning about.  You can see the long, pensive gaze on her face as she mentally processes that tingly, sweet sensation on her tongue and its crunch.  We even brought doughnuts today too and jockey Katy Morrison, who has been a part of Princess‘ journey over the past year, for fun fed her a piece of a Tim Hortons doughnut.  Although it looked like she was about to enjoy it like a patriotic Canadian girl, she’d chew it and spit it back out. Hilarious.

Princess continues to adore her Teddy and we brought it over for her to play with today.  She’d fling it about, it dangling for dear life on its arm, plopping onto her bedding, followed by a plea for help in her eyes.  She’d go on to do this over and over a few times in a cyclical motion.  It’s so fascinating seeing her learn about her world with inquisitive child-like curiosity. And also she has this cute little lip quiver when she’s inspecting people. Adorable.

Although we just missed it, Princess posted her second workout today, her first time trying out Woodbine‘s new Tapeta surface.  Sovereign Award-winning jockey Sheena Ryan piloted the workout today and we learned through her new agent Ryan Deyotte (below, Princess + Sheena on far left) that Sheena was thrilled with Princess’ breeze, clocking-in at 25 seconds flat for two furlongs (402 metres). With little urging, she showed a great willingness to go and we couldn’t be more pleased.  Even as a baby, her timing bested some horses with far more experience. Her first timed workout a week ago clocked-in at 24.8 seconds on the Dirt Training Track. 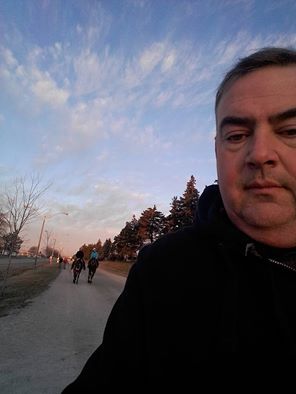 Although premature, the barn already is comparing Princess to prior greats like Horse of the Year Lexie Lou!  I am hearing that her look and temperament are very similar to Lexie, although Princess has a calmer demeanour. How exciting is it to hear that?

She’s due for a clipping of her winter coat tomorrow, so we’re waiting anxiously to see her new spring look!

And in the meantime, we hope her Dad (John Ross) gets well soon!

See some Snaps of Princess from earlier today: 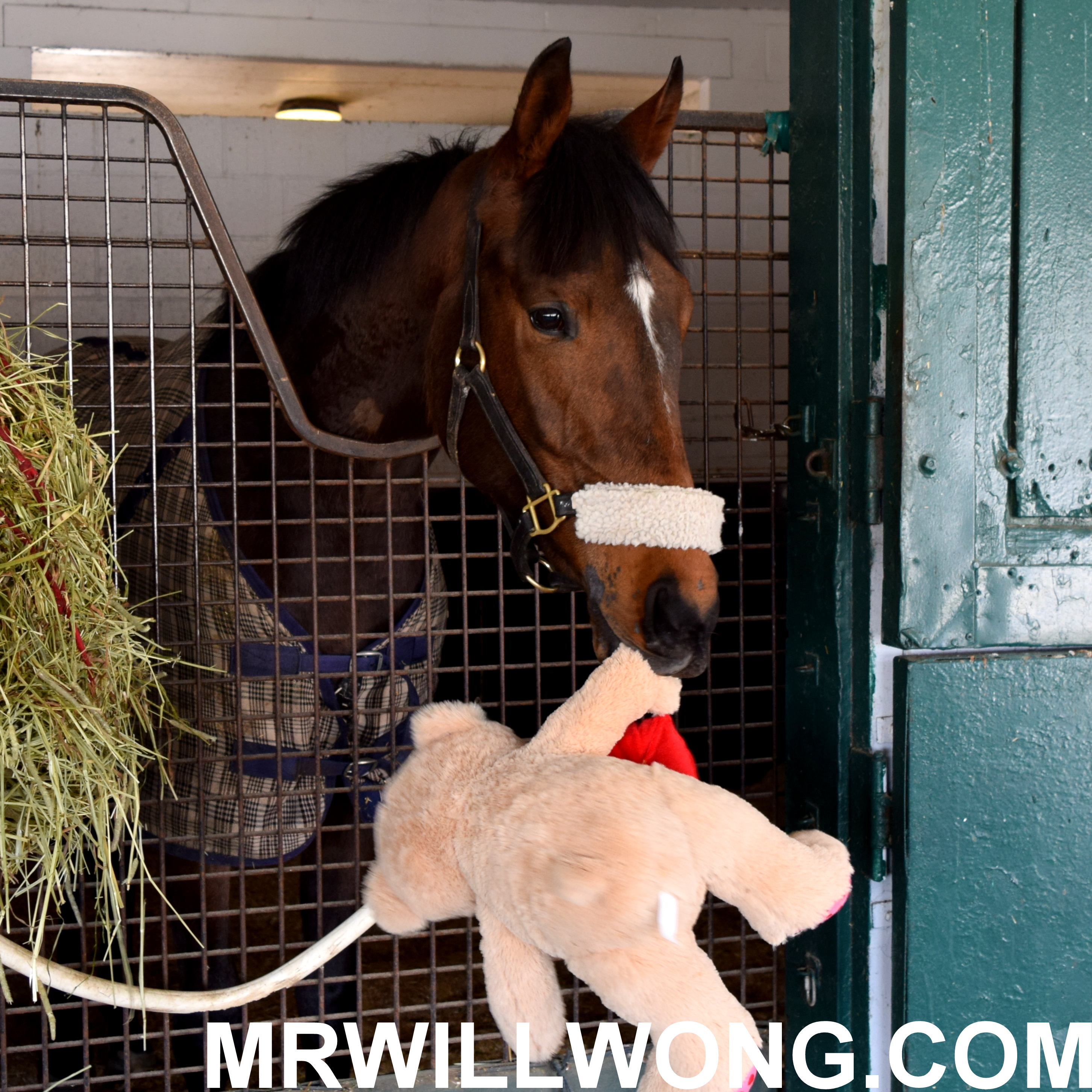 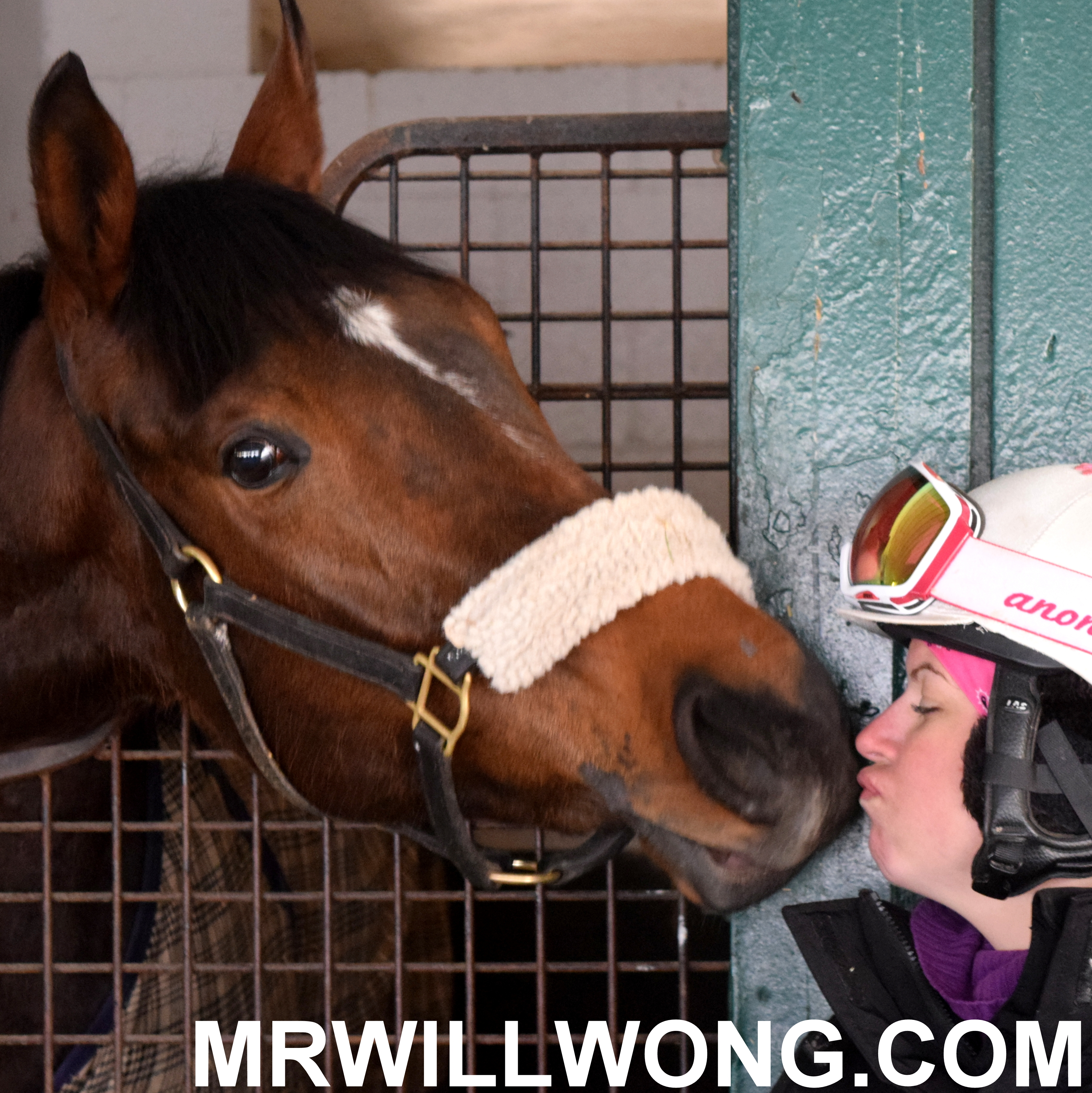 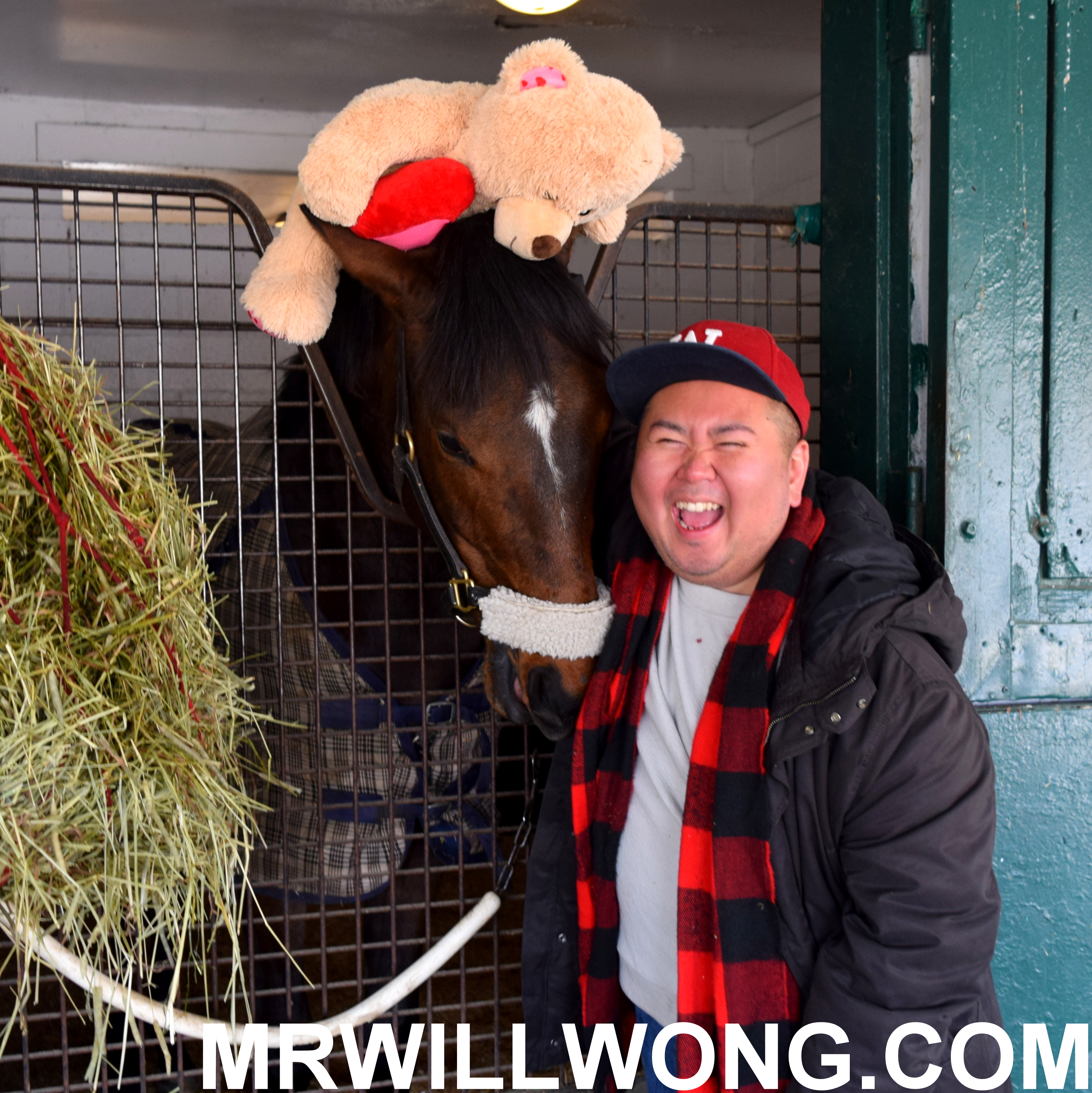 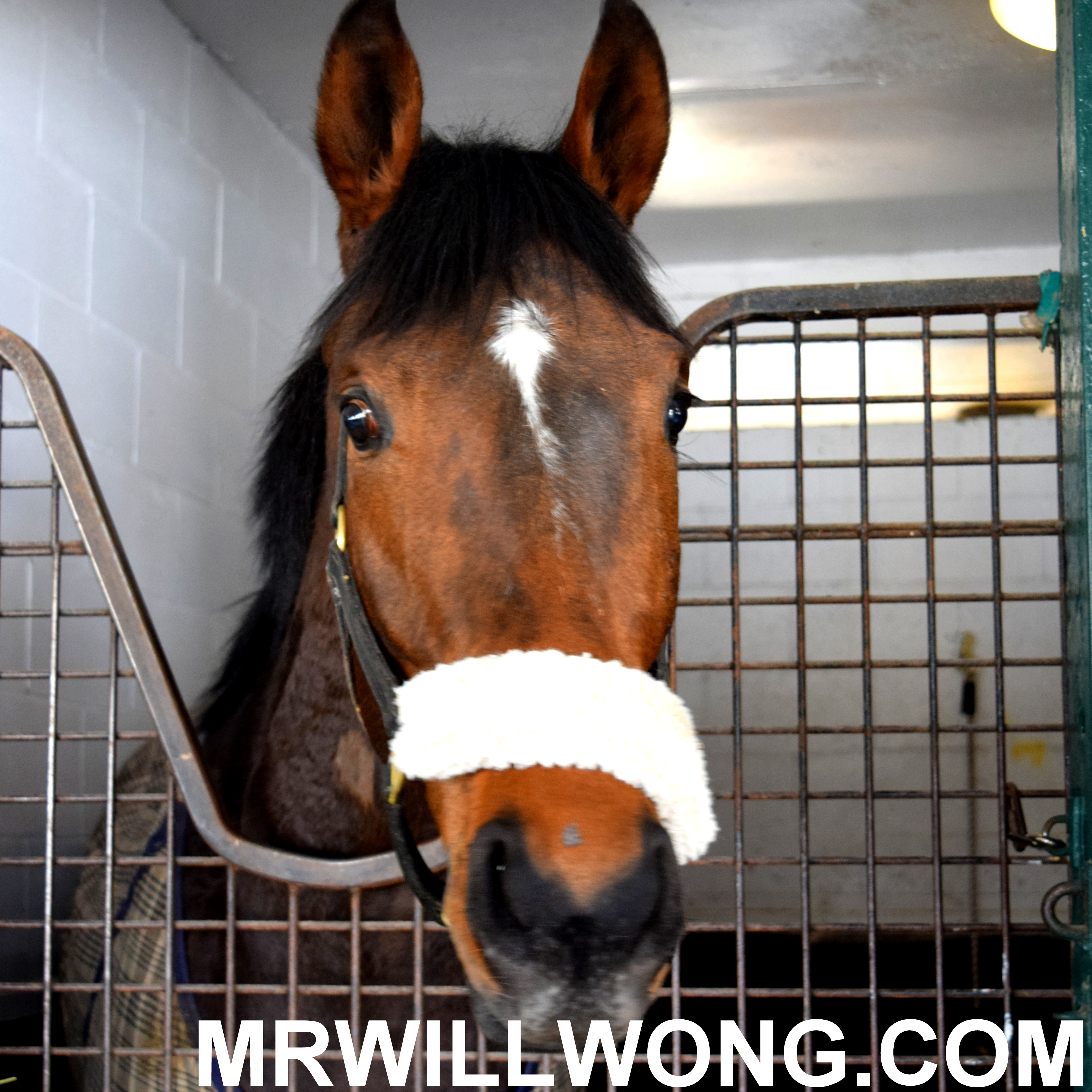 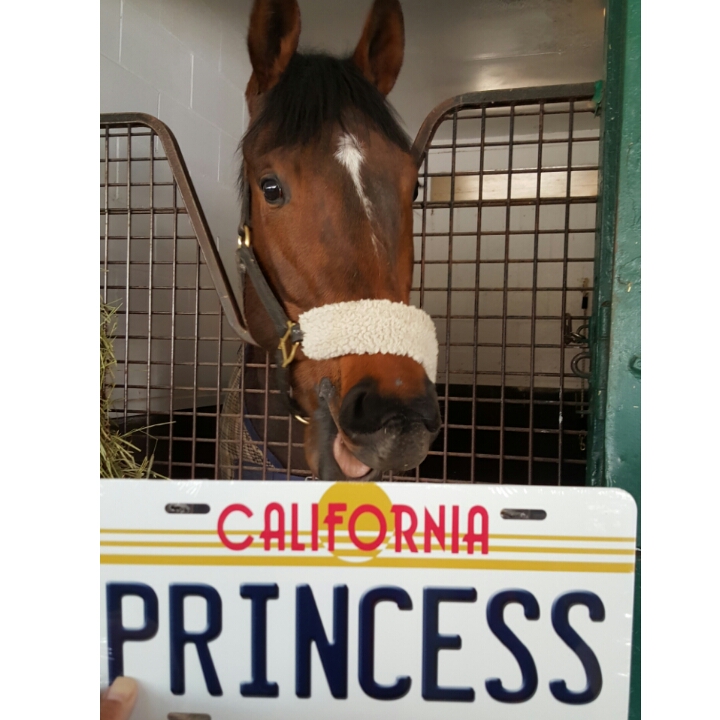 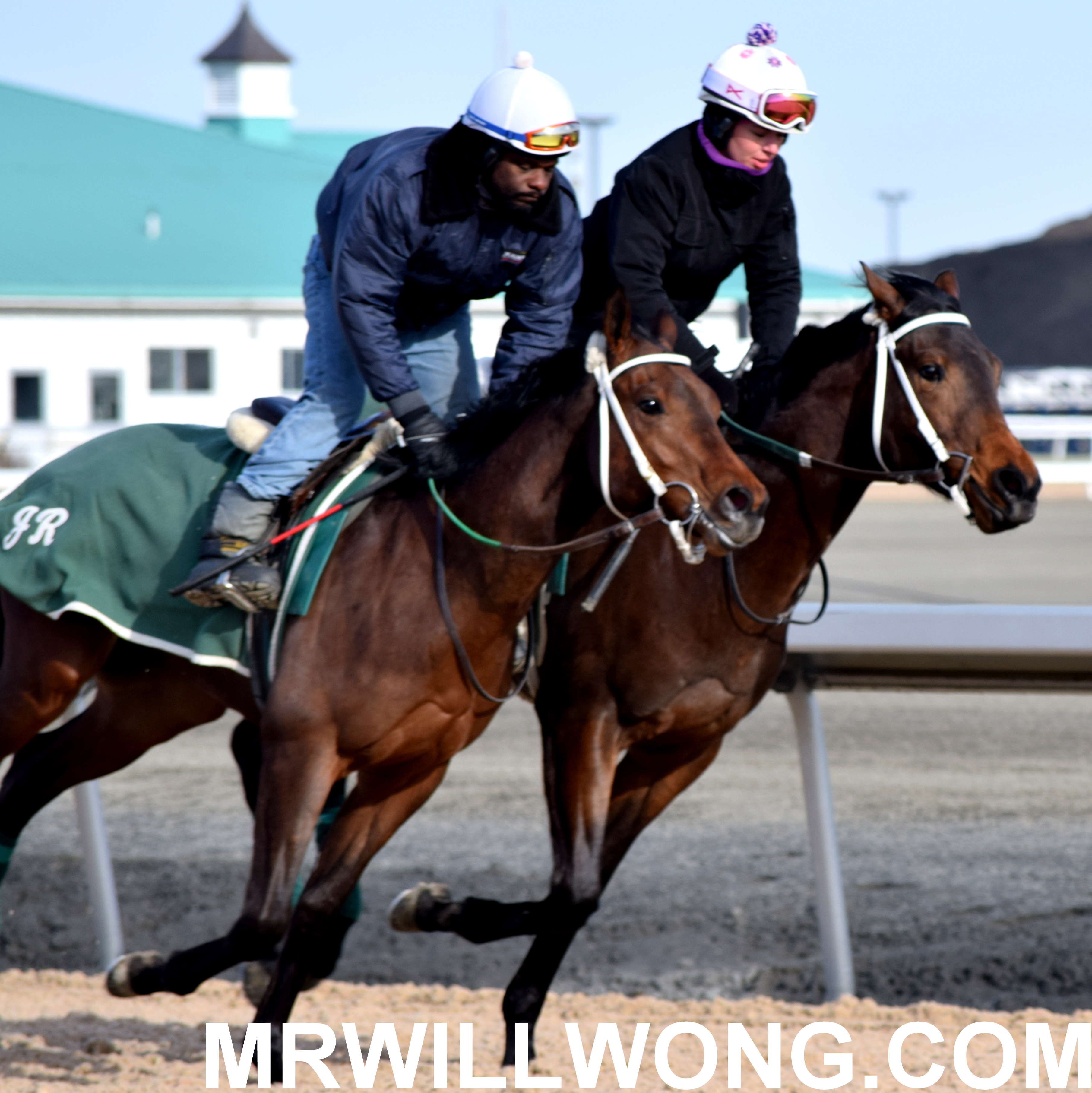