#GIVEAWAY: ENTER TO WIN A COPY OF “GOOD BOYS” ON BLU-RAY

Universal Pictures Home Entertainment x Mr. Will want to give Readers across Canada a chance to win a copy of GOOD BOYS on Blu-ray!

Synopsis:
After being invited to his first kissing party, 12-year-old Max (Jacob Tremblay; Room) is panicking because he doesn’t know how to kiss. Eager for some pointers, Max and his best friends Thor (Brady Noon, HBO’s Boardwalk Empire) and Lucas (Keith L. Williams, Fox’s The Last Man On Earth) decide to use Max’s dad’s drone – which Max is forbidden to touch – to spy on a teenage couple making out next door. But when things go ridiculously wrong, the drone is destroyed. Desperate to replace it before Max’s dad (Will Forte, The Last Man on Earth) gets home, the boys skip school and set off on an odyssey of epically bad decisions involving some accidentally stolen drugs, frat-house paintball, and running from both the cops and two terrifying teenage girls (Molly Gordon; Life of the Party and Midori Francis; Ocean’s Eight).

BONUS FEATURES ON BLU-RAY, DVD & DIGITAL:
• UNRATED ALTERNATE ENDING
• UNRATED DELETED AND EXTENDED SCENES
o Turtle vs. Tortoise
o Benji Don’t Like That
o Customer Service
o Ball Pit Shenanigans
o Tracking Molly
o Stealing a Glance
o Upsell Fail
o Max Explodes
o Best Friends
o Traffic Jam
o First Kiss Heartbreak
• GAG REEL
• BOYS FOR REAL – A look into the casting process and real-life friendships that evolved on-set.
• WELCOME TO VANCOUVER – Watch as Jacob Tremblay shows off some of his favorite things about his home town.
• A FINE LINE – Hear filmmakers and cast discuss how the film’s stars delivered such colorful dialogue
• without necessarily knowing what the words mean.
• ASK YOUR PARENTS – Cast and filmmakers talk about how they were able to navigate
• adult questions from curious child actors.
• BAD GIRLS – Molly Gordon and Midori Francis discuss how they were able to ramp up the mean, and how Annabelle was able to raise the comedy stakes.
• GUEST STARS – Take a closer look at some of the hilarious guest stars that lent their unique talents to the film.
• FEATURE COMMENTARY WITH DIRECTOR & CO-WRITER GENE STUPNITSKY AND PRODUCER & CO-WRITER LEE EISENBERG 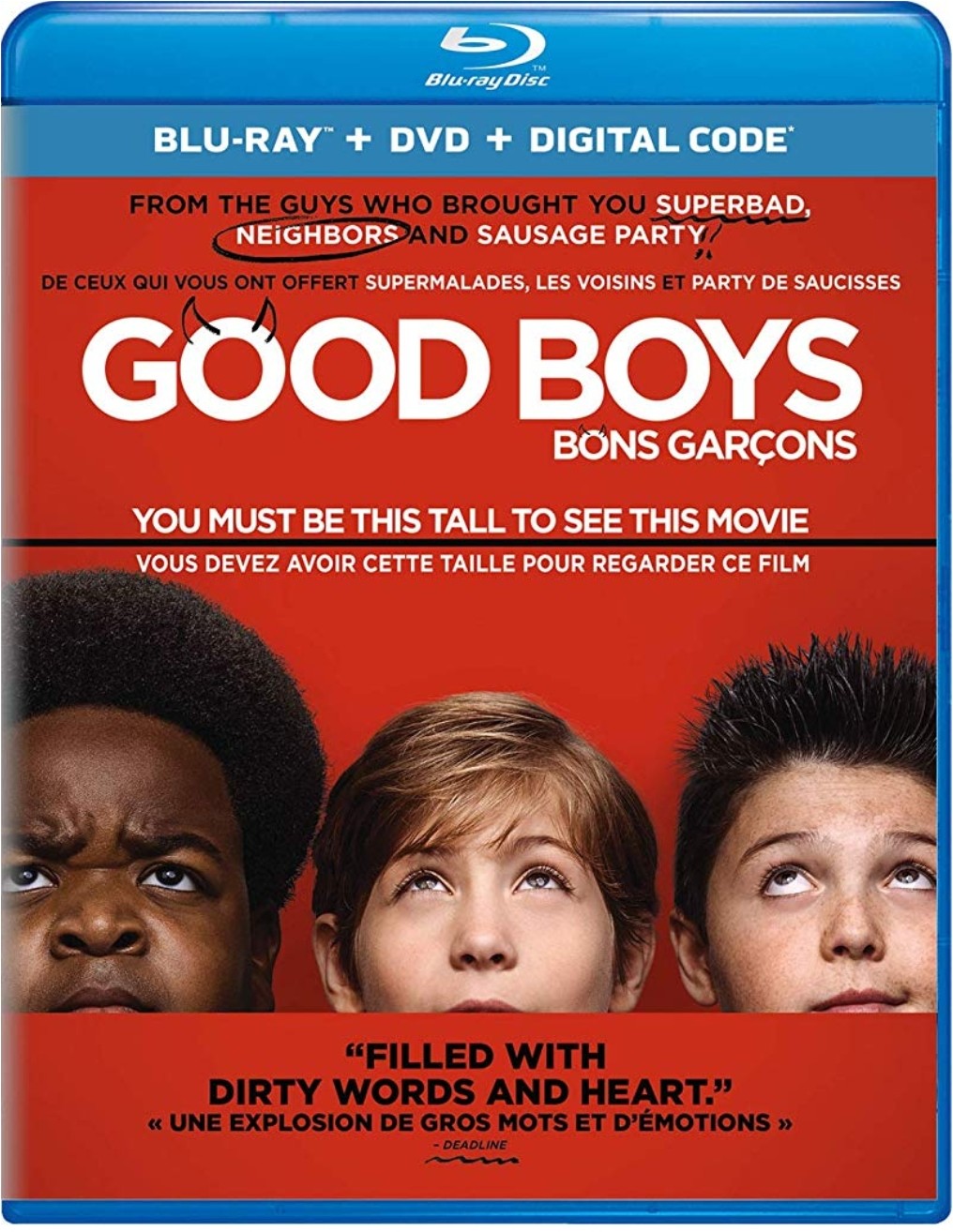