Now in its 136th year, the Canadian National Exhibition is currently underway now for 18 days through Labour Day, opening its doors once again today – the crowd still going strong past sunset. The annual tradition for Torontonians, better known as The Ex, promises more extravagant food offerings than ever before, highlighted also by a series of engaging events and concerts at the CNE Bandshell.

We were lured into the CNE Food Building by some delightfully-sinful offerings from new and returning food vendors. Here’s an overview of some culinary creations: 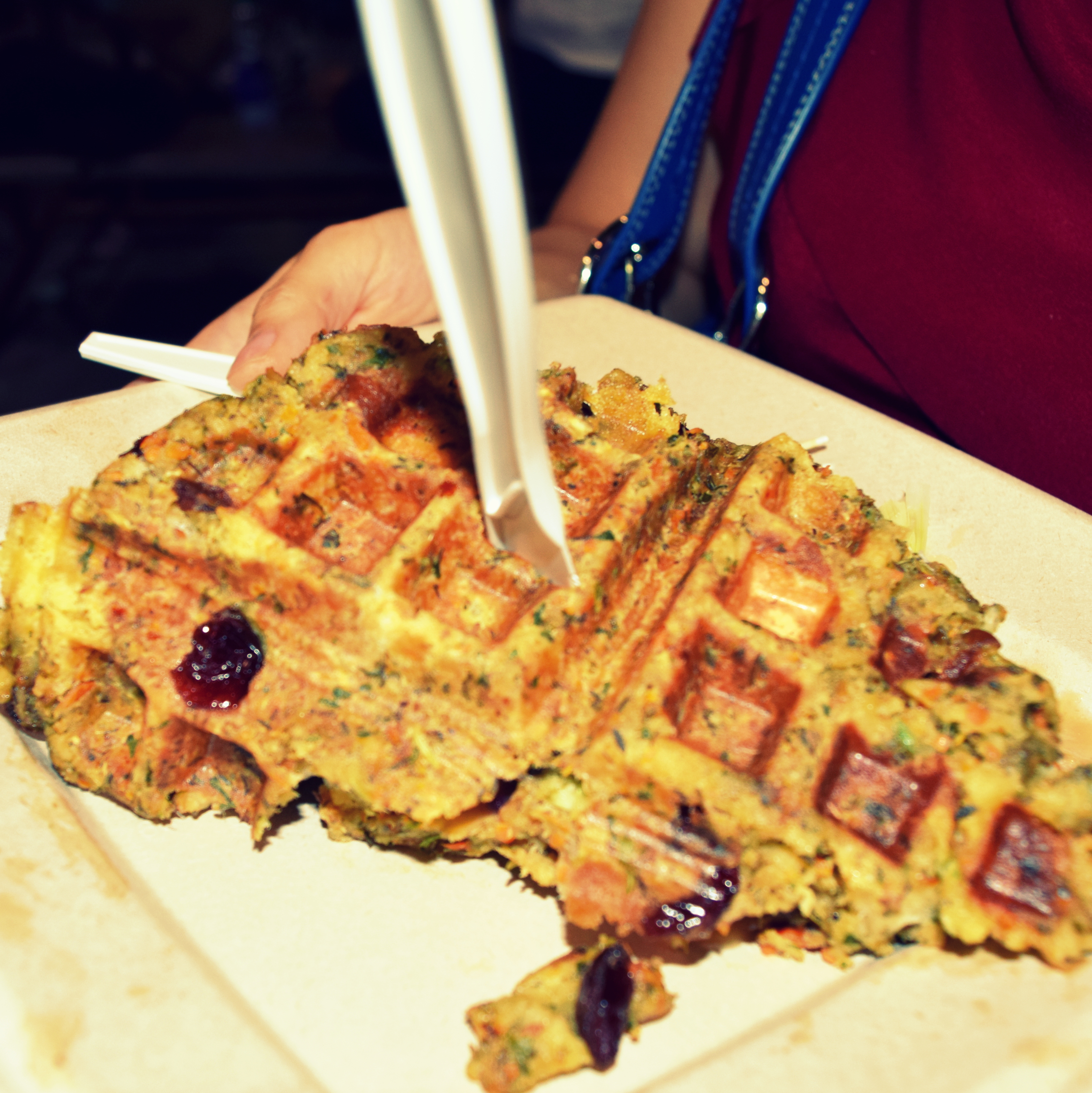 Jake’s Lobster Garlic Crab Fries. As tiny a portion as it looks; drew one of the longest lines at the building and reportedly delicious at $13 each. 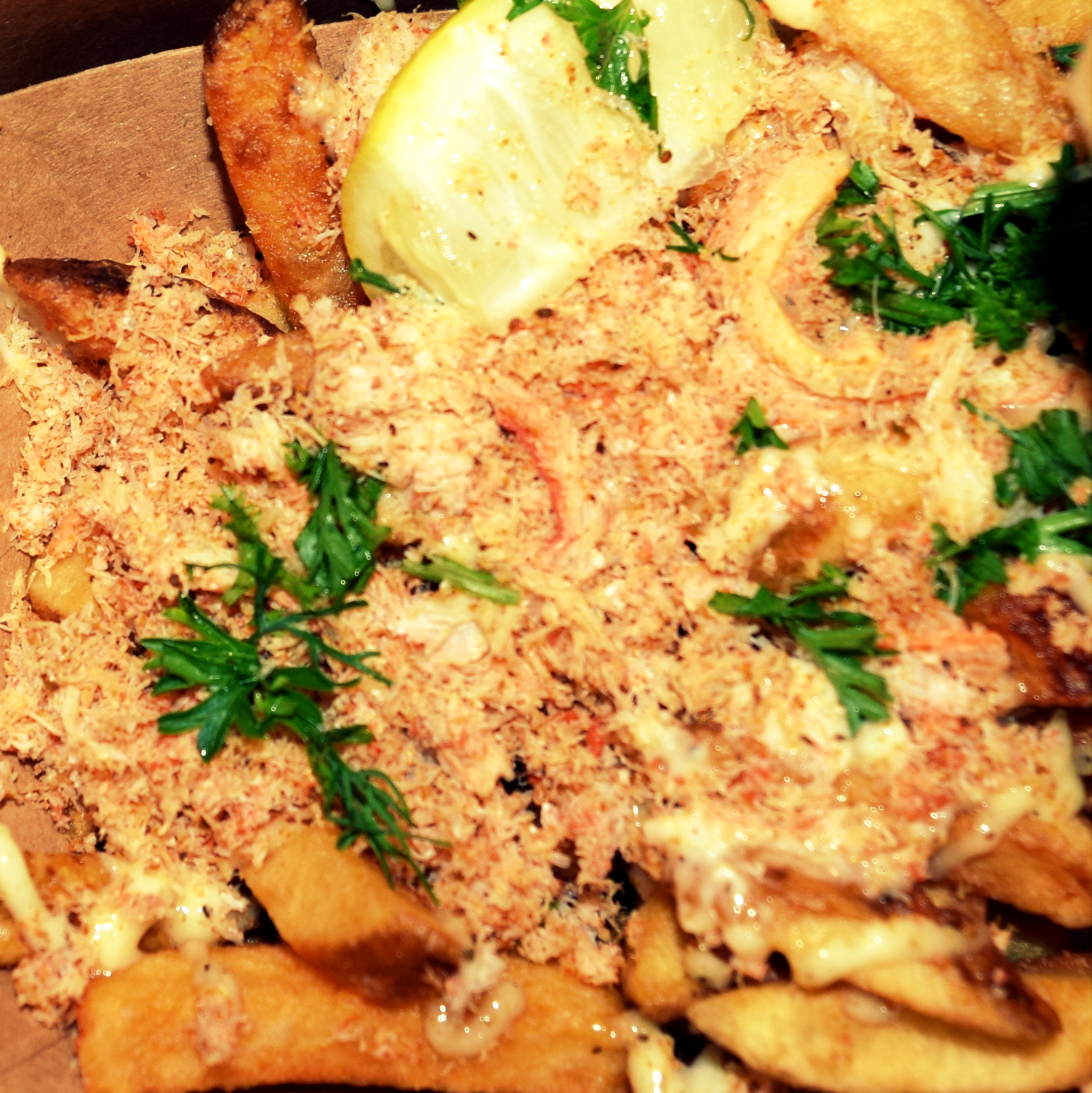 Iron Skillet’s Frosted Flake Chicken. Not as sweet as its name suggests, but might tasty and crunchy. A generous serving of chicken breast, but a tad on the pricy at $10/skewer. Would have been nicer with a spicy dipping sauce.  These Onlookers’ reactions say it all… 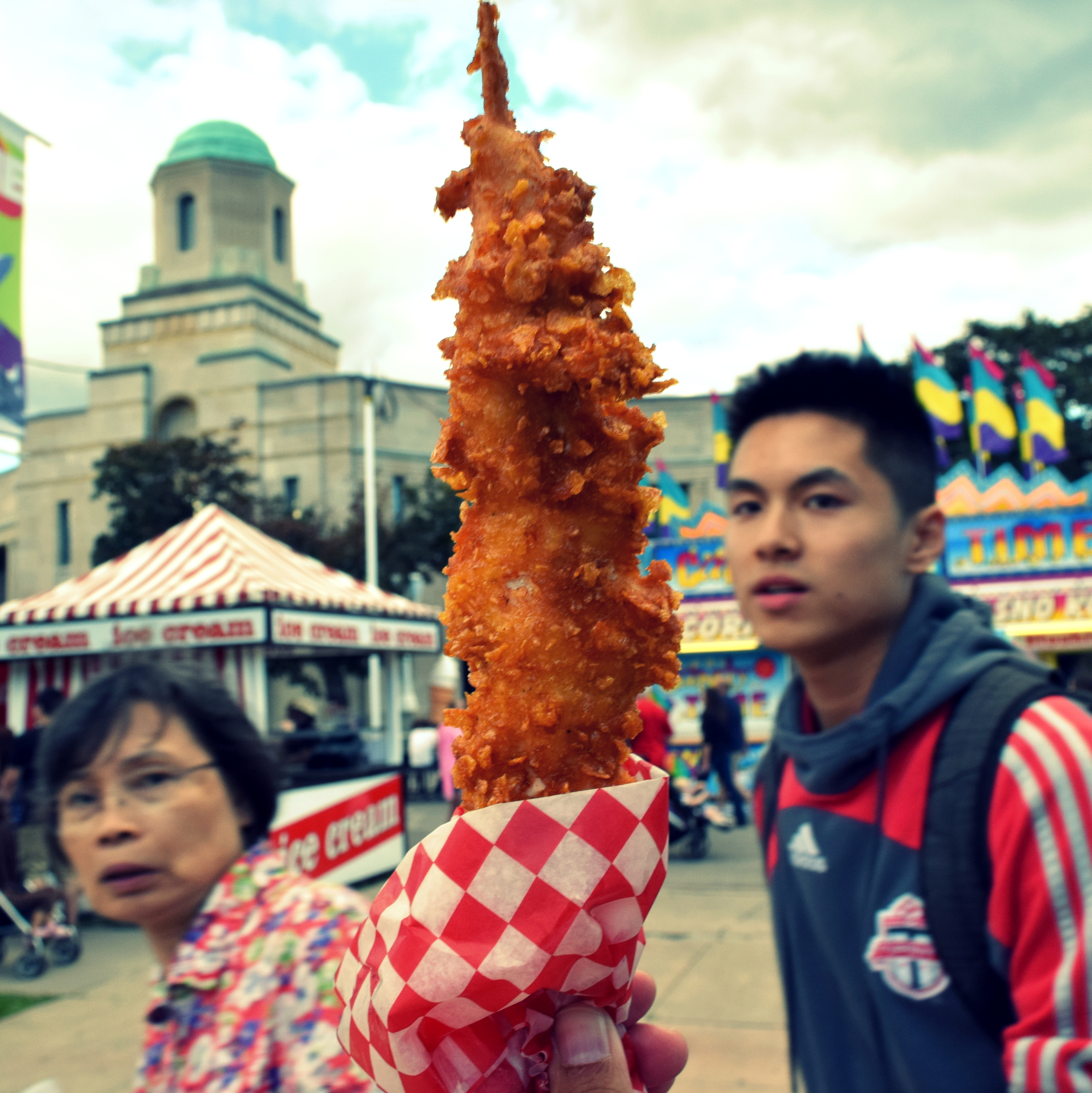 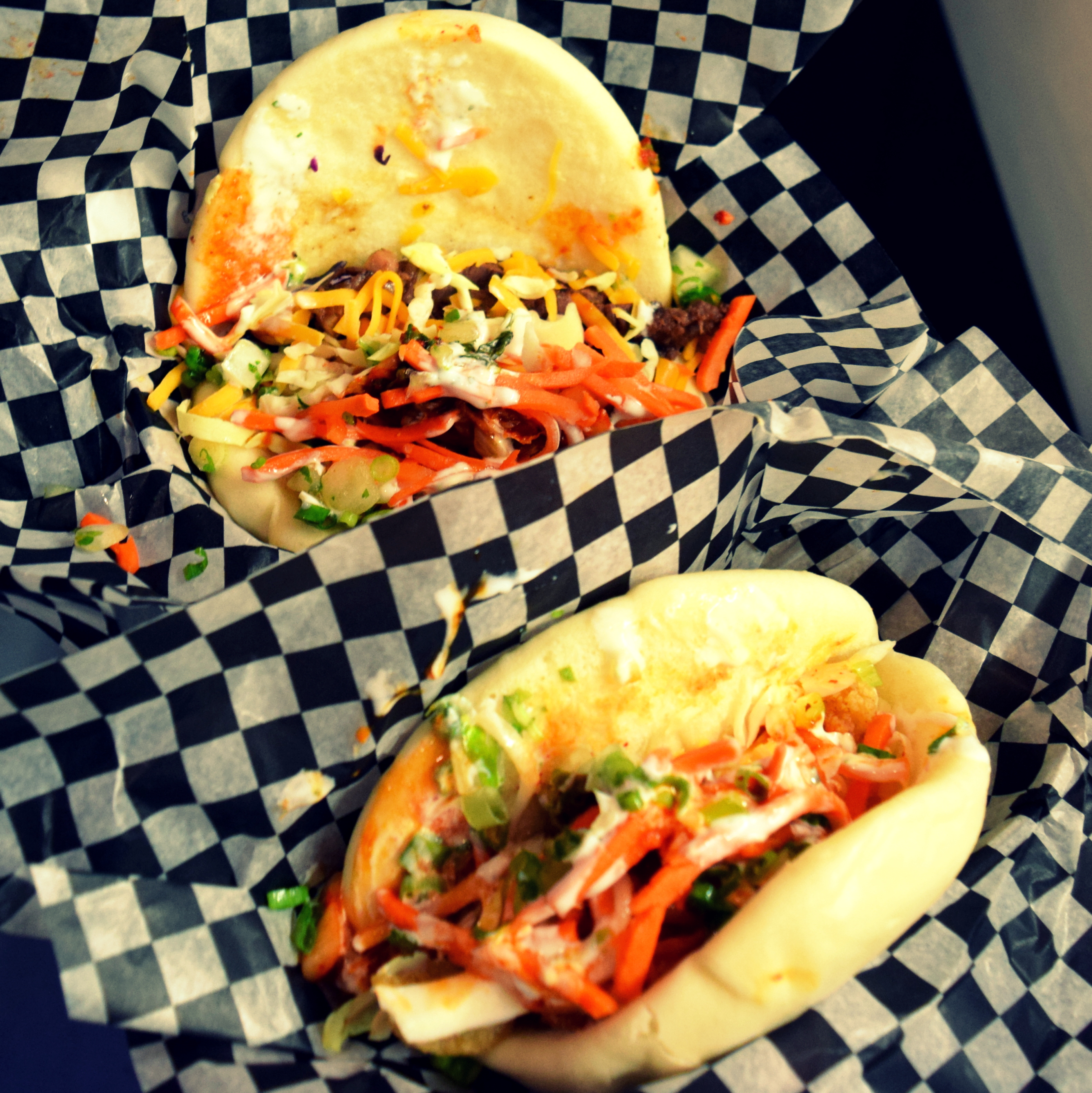 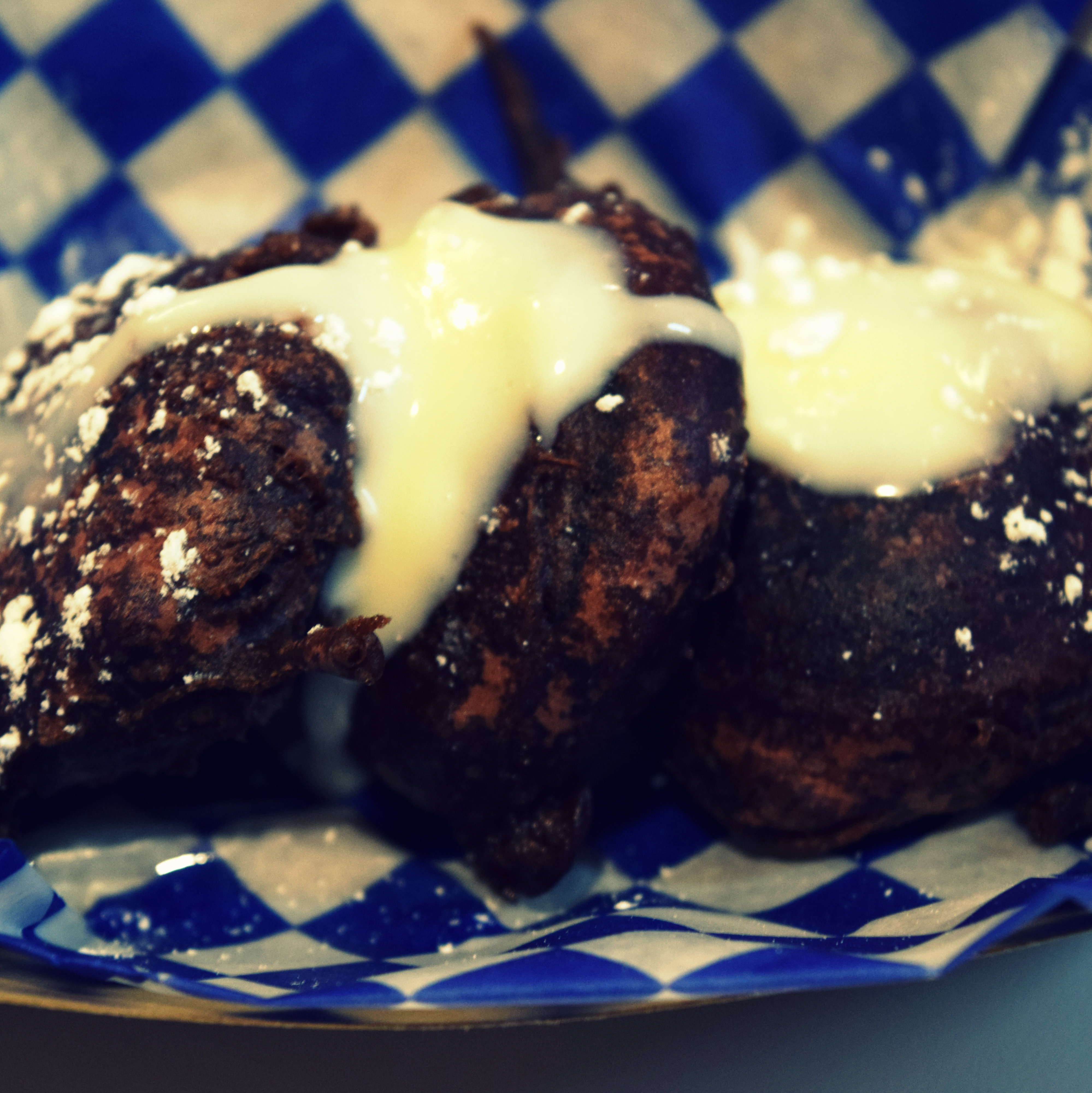 Conklin’s Ice Cream Sandwiches. One of the better deals on grounds (not within Food Building). $3.75 per sandwich. Be armed with napkins; can be messy. 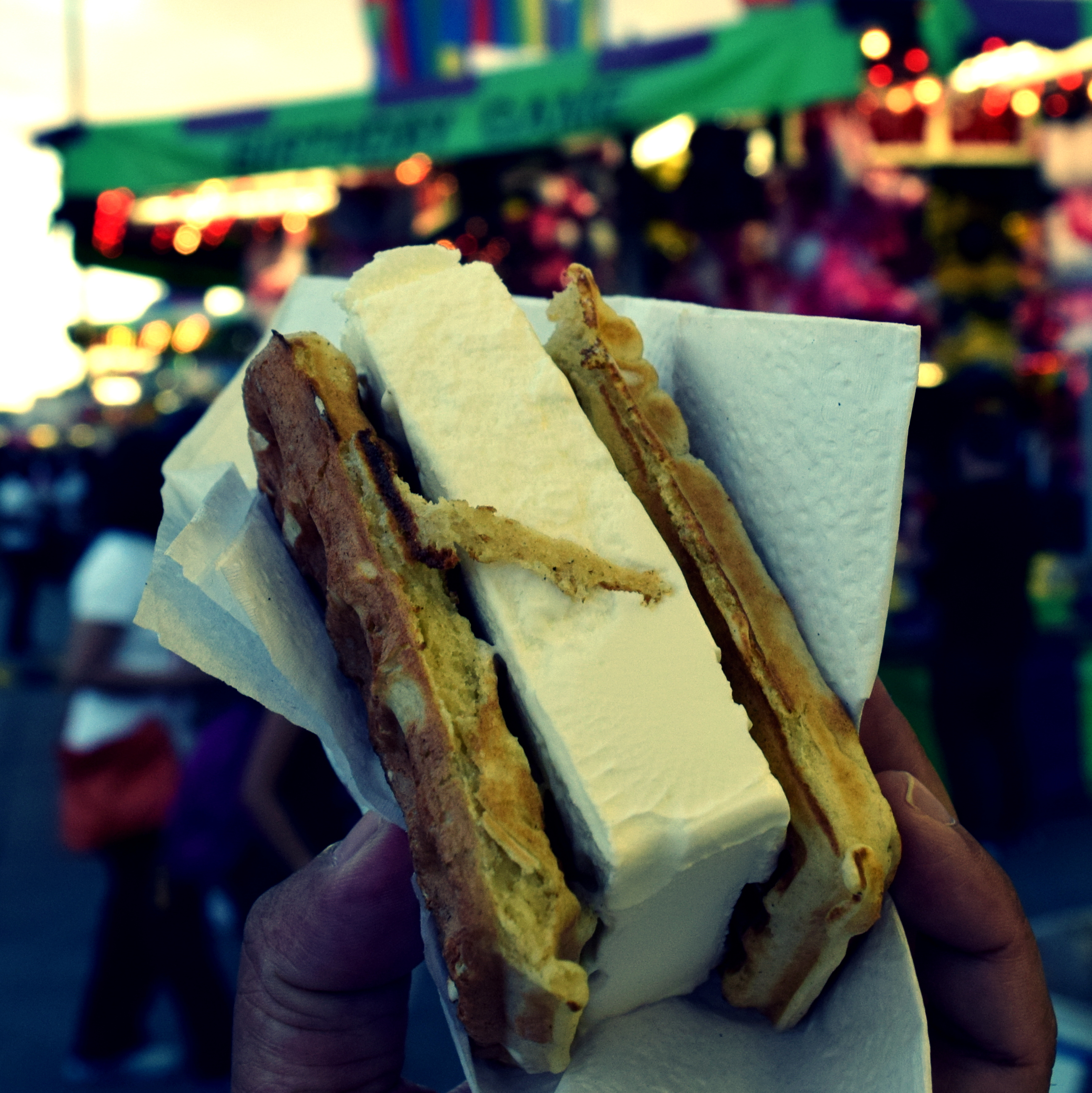 Pull’d’s Red Velvet Pancake Pulled Pork Pancakes. The maple flavour in the Pulled Pork goes well with the pink-coloured pancakes. Made little difference that the pancakes were Red Velvet with the strong, smoky flavour of the pork working with it. $13 each and shorter lineups than expected. 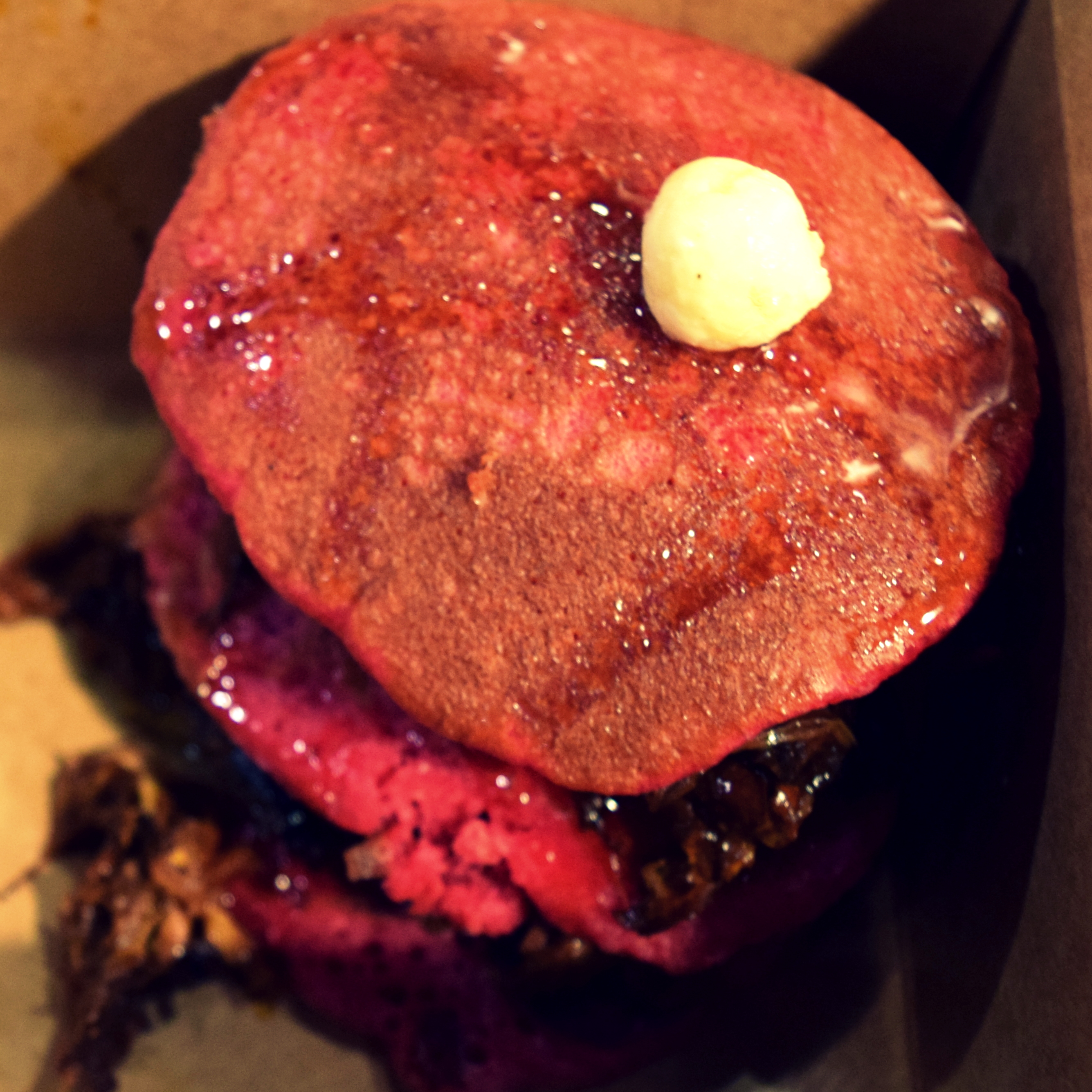 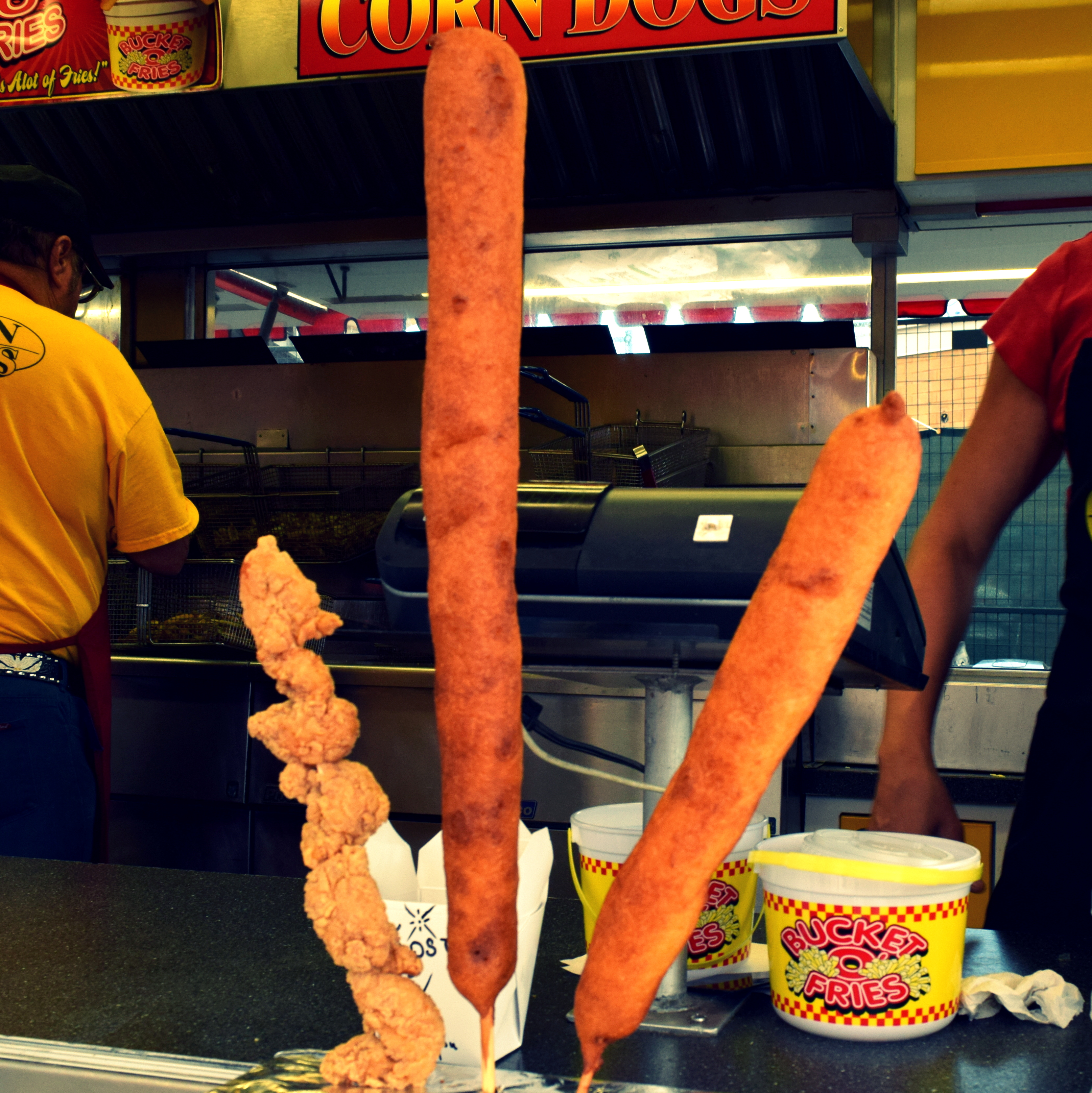 Other offerings included a Jamaican Patty Burger at Bubs Badass Burgers, although lineups were far too long to be worth the wait. The Nutella Waffle truck outside the Arts and Crafts building also drew a long queue. Timbit Poutine, by Tim Hortons, actually is much tamer than it sounds, using ice cream to smother the beloved donut holes, not gravy. Phew.

Learn more about The Ex here, including how to get there and operation hours.

At #TheEx. The sky a perfect burnt orange. #CNE #The6 #Toronto #SamsungGalaxyS6