Some new Artwork and a Trailer has surfaced for Toronto-filmed Netflix Original Series, Hemlock Grove and it just looks all sorts of twisted! Following the success of popular Horror Series American Horror Story, Director/Producer Eli Roth brings the screams to your Living Room through your streaming device with the Series, which is comprised of 13 episodes.  If House of Cards is any indication of the caliber of Programming we can expect from Netflix, expect this to be superb.

Hemlock Grove centers around a young Girl who is found killed near the Godfrey Steel Mill.  Two Prime Suspects, the poor Peter Rumancek (Landon Liboiron) and the wealthy Roman (Bill Skarsgård, yes Brother of Alexander and Son of Stellan) decide to take matters into their own hands and find the Killer themselves.  Famke Janssen, Dougray Scott, Penelope Mitchell and Lili Taylor also star.

Check-out this brand new Poster for the Series: 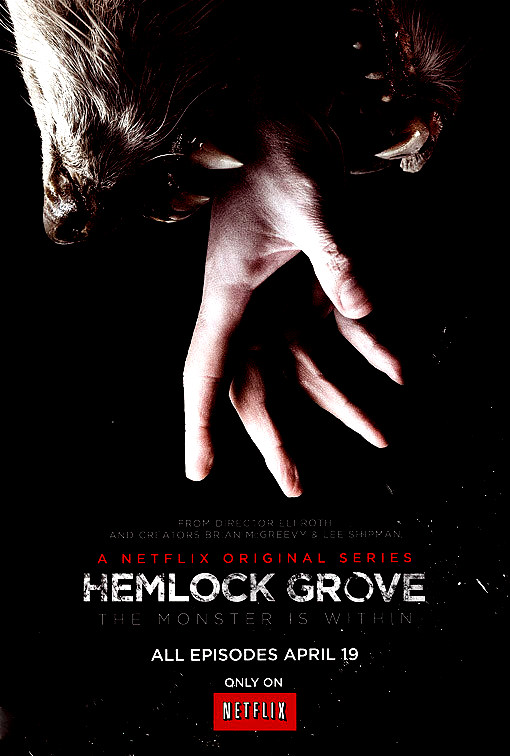 All episodes of Hemlock Grove will be available via Netflix on Friday, April 19, 2013.
Of course, I had the opportunity of meeting most of the Cast including: Landon Liboiron, Penelope Miller, Eli Roth, Famke Janssen, Bill Bill Skarsgård and Lili Taylor, while they were in the City last Summer.
See some Snaps below: 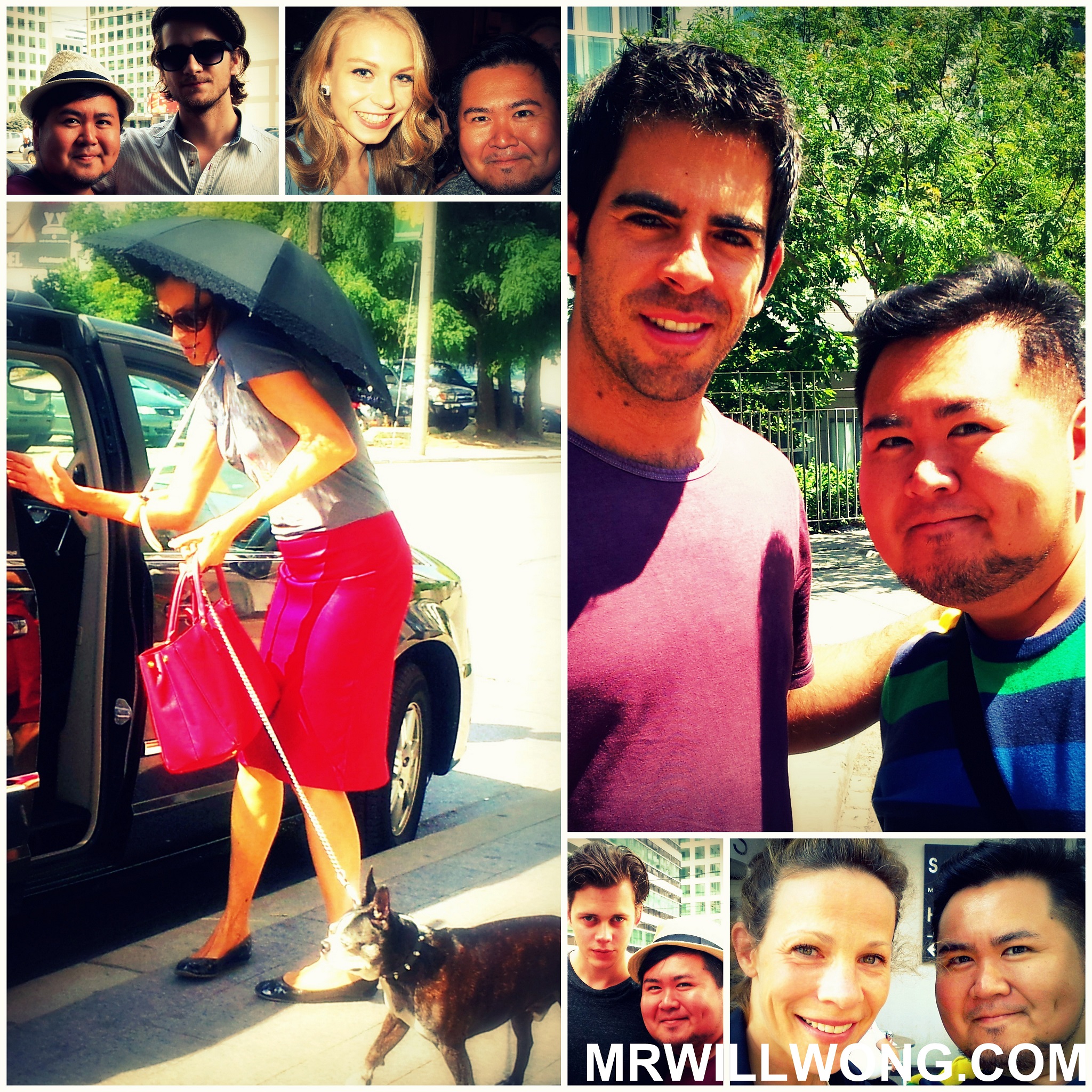