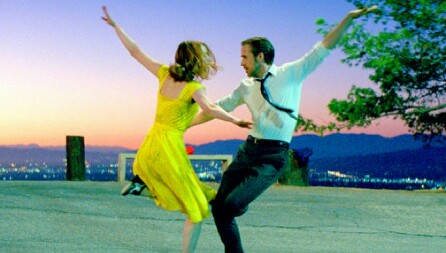 Now this we’re excited for!  Ryan Gosling and Emma Stone reunite on-screen this December in LA LA LAND. Not only is there the Film aspect of this, but there’s also the Music.  The first track from the Film – from the same Director as WHIPLASH – has been released, called City of Stars, which at the same time is the hashtag the Film will use.

A jazz pianist (Ryan Gosling) and an aspiring actress (Emma Stone) fall in love but face difficulties as they become more successful.