Everyone’s talking about Jennifer Aniston again  and this is exactly why!  A brand new Trailer for We’re the Millers has just surfaced and you won’t believe your eyes!  And trust me, we’re still recovering from her naughty performance in 2011 Box Office Hit, Horrible Bosses.   Sorta one part Harold & Kumar, a little like Weeds and kinda The Brady Bunch, this perhaps is the most outlandish Plot Line to hit the theatres this Summer.

Official Synopsis for We’re The Millers:

David Burke (Jason Sudeikis) is a small-time Pot Dealer whose clientele includes Chefs and Soccer Moms, but no Kids—after all, he has his scruples. So what could go wrong? Plenty. Preferring to keep a low profile for obvious reasons, he learns the hard way that no good deed goes unpunished when he tries to help out some local teens and winds up getting jumped by a trio of gutter punks. Stealing his stash and his cash, they leave him in major debt to his Supplier, Brad (Ed Helms). In order to wipe the slate clean—and maintain a clean bill of health—David must now become a big-time Drug Smuggler by bringing Brad‘s latest shipment in from Mexico. Twisting the arms of his neighbors, cynical stripper Rose (Jennifer Aniston) and wannabe Customer Kenny (Will Poulter), and the tatted-and-pierced streetwise teen Casey (Emma Roberts), he devises a foolproof plan. One fake Wife, two pretend Kids and a huge, shiny RV later, the Millers are headed south of the border for a Fourth of July weekend that is sure to end with a bang. 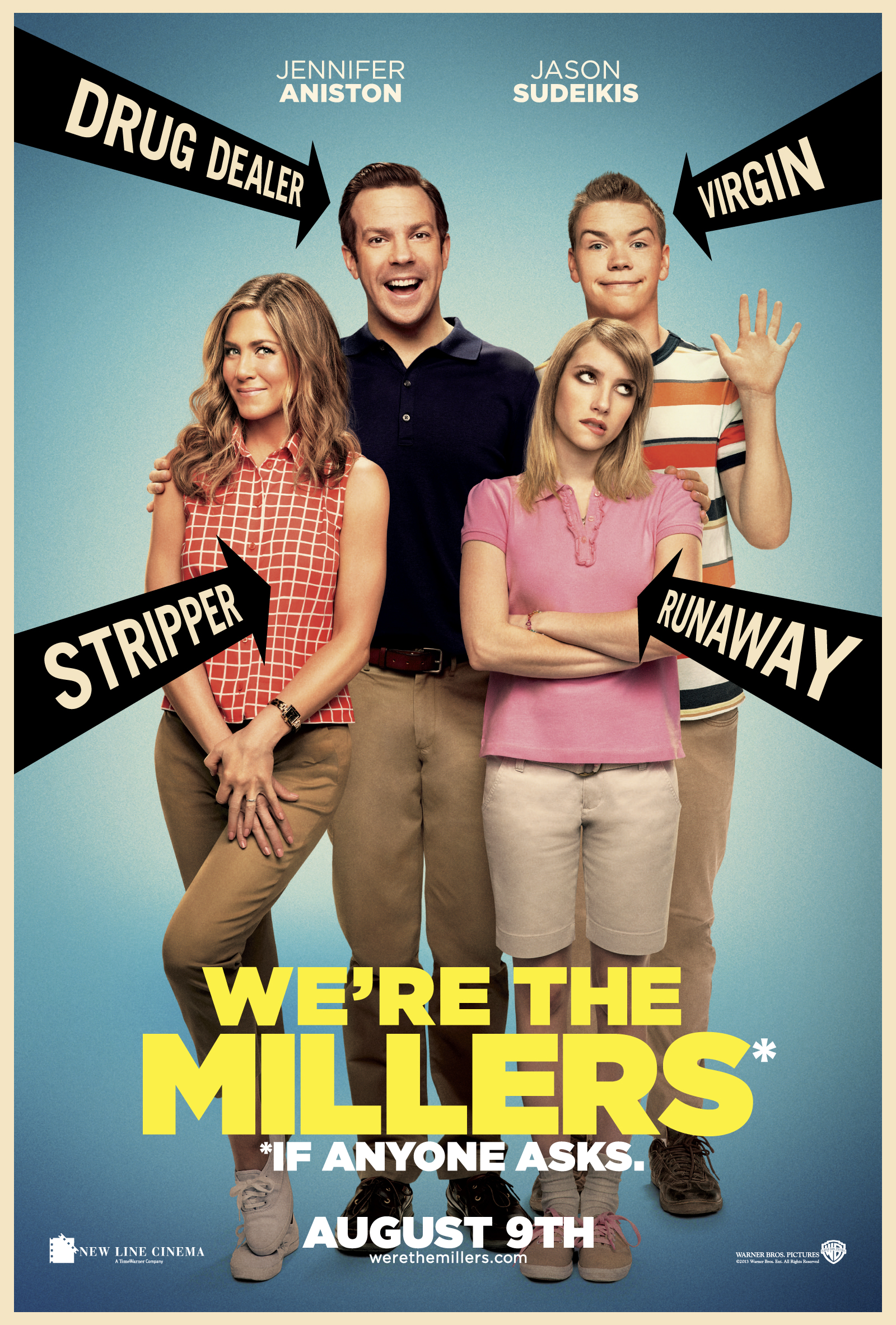 And for the not-so-light-hearted, here is the Red-Band (NSFW) Trailer: