BONUS MATERIAL (may vary by retailer):

Blu-ray & Digital:
• Alternate Movie Versions
– Movie with Intro – An introduction by directors/screenwriters Anna Boden & Ryan Fleck.
– Movie with Commentary – Commentary by directors/screenwriters Anna Boden & Ryan Fleck.
• Featurettes:
– Becoming a Super Hero – Follow Brie Larson’s journey as she joins the MCU, and see what it takes to be a Marvel Super Hero in every sense of the word.
– Big Hero Moment – Explore how impactful Captain Marvel’s entrance into the MCU is, and how she inspires audiences around the world.
– The Origin of Nick Fury – Witness some of the MCU’s most significant events through Nick Fury’s eyes, and see how his influence helped shape the MCU.
– The Dream Team – Discover why Anna Boden & Ryan Fleck are the perfect pair to direct Marvel Studios’ most powerful hero.
– The Skrulls and the Kree – Take a deeper look into the Skrulls and the Kree, their ongoing conflict, and the importance of shifting perspectives in the film.
– Hiss-sterical Cat-titude – The cast and crew dish on working with Goose and the raw talent it takes to portray such a complex character on-screen.
• Deleted Scenes
– “Who Do You Admire Above All Others?” – Kree Commander Yon-Rogg must answer to the Supreme Intelligence, who questions his leadership ability.
– Starforce Recruits – Yon-Rogg lectures a roomful of students on the Kree’s mission to defend all nations from the scourge of the Skrulls.
– Heading to Torfa – Vers (Danvers) and her fellow Starforce members banter as they prepare for their rescue mission to Torfa.
– “What, No Smile?” – In this alternate version of a scene from the movie, Vers is consulting a map when she receives a dubious offer of assistance.
– Black Box – Keller attempts to track Vers and Fury after their escape in a quadjet from the Joint USAFA Facility.
– Rookie Mistake – Novice S.H.I.E.L.D. agent Phil Coulson helps Director Keller out of an embarrassing situation.
• Gag Reel – The fate of the universe hangs in the balance as the cast battles props, flubs and Flerkens in these outtakes from the set.

Digital Exclusives:
• Journey into Visual Effects with Victoria Alonso – Experience how filmmakers’ visions of the MCU come to life on-screen through the skill of the Visual Effects team.
• What Makes a Memory: Inside the “Mind Frack” – What does it take to craft an action-packed sequence for a Marvel Studios film? Nothing short of an epic team effort!
• Concept Art – Explore artwork from “Captain Marvel” and trace the visual development of characters.
• On-Set Images – Uncover a trove of behind-the-scenes and production photography. 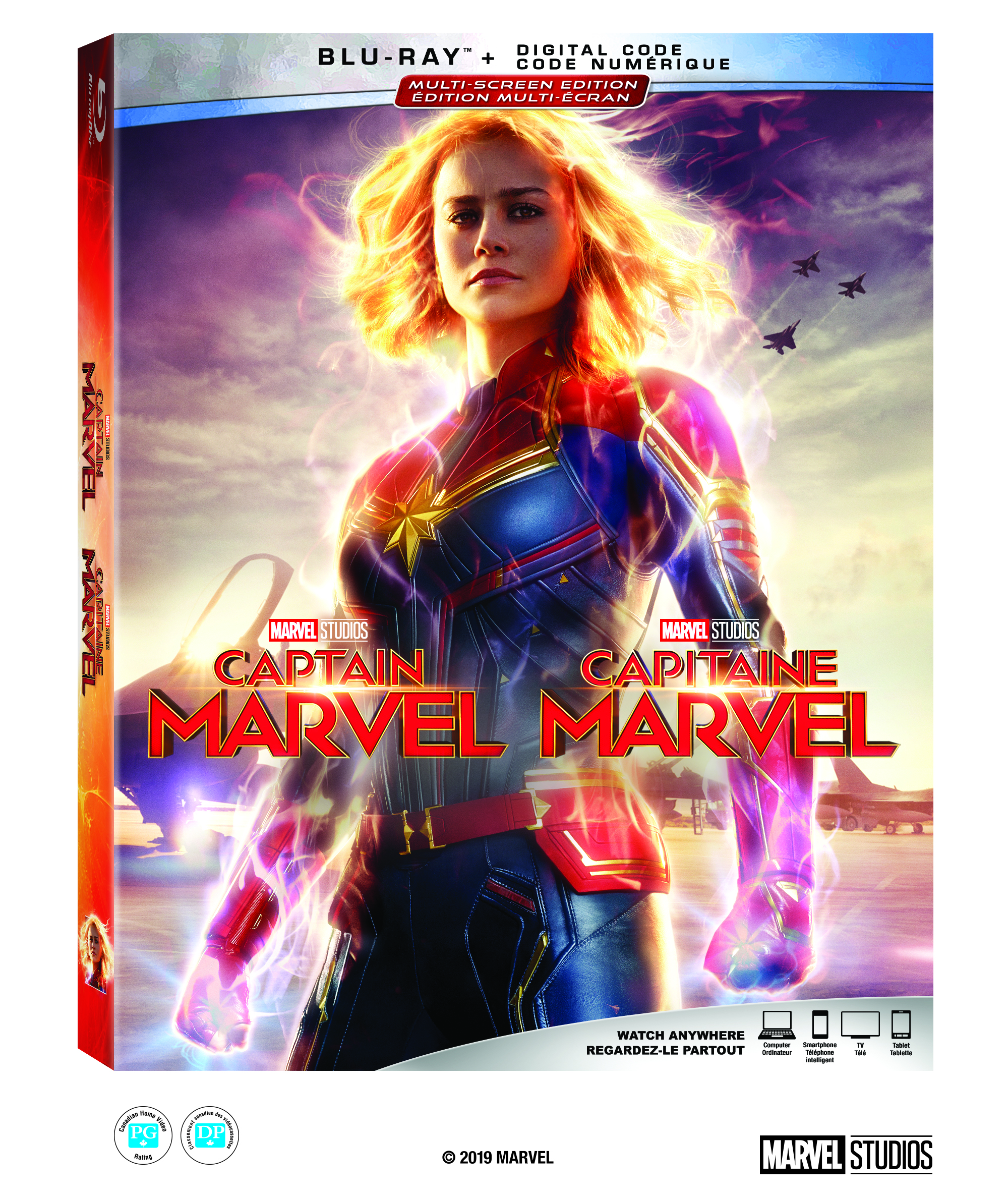