If there ever was a sure thing, this would be it. Although McKenna Ihde of Madison, Wisconsin originally intended to enter her Pug Tottie for a grand prize of $25k from Petco’s Make a Scene Contest, it appears now that she has become an overnight viral Sensation!

McKenna submitted a Photo of Tottie dressed as the Wrecking Ball in Miley Cyrus‘ controversial Music Video for her latest Single of the same name, clad in a puffy gray ball, saddled by a nude Barbie Doll on a chain, and soon after the Internet was set afire. With the Contest due to end tomorrow, Tottie has received in excess of 3,200 votes so far with many Media Outlets from Elle to Huffington Post profiling her.

One thing for is for sure, we’re certainly smitten too!  Don’t forget to throw in a vote for the amazing Tottie!

Basically, I need a Plush Version of Tottie in her Wrecking Ball outfit already.  TY or GUND best be reading.

See Tottie in her Costume below: 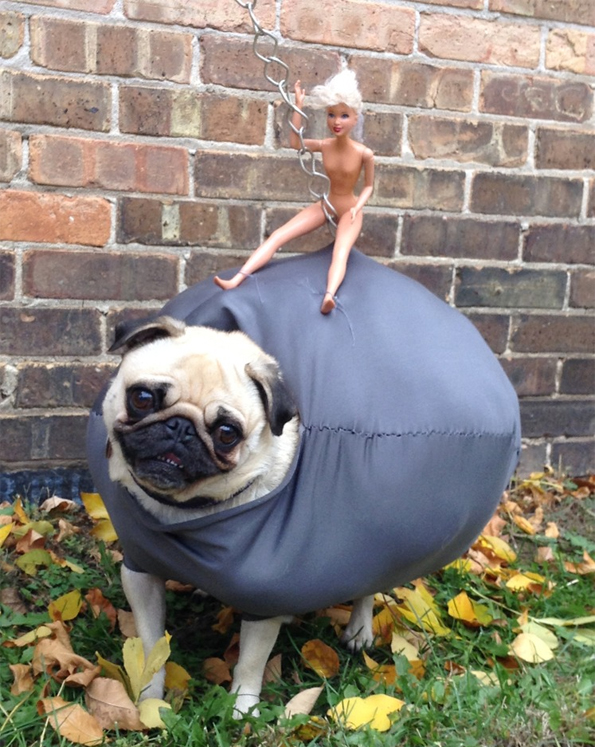