Following-up on the success of his 2009 Film Defendor, which also premiered at the Toronto International Film Festival,  Canadian Director Peter Stebbings is set to unveil his latest, Empire of Dirt  at TIFF ’13!

Lena Mahikan (Cara Gee), a former Addict and Model, is now a single mother struggling to make ends meet in Toronto. True to her last name — which means “wolf” in Cree — if Lena senses danger, her instinct is to run. So, when her troubled and headstrong thirteen-year-old daughter Peeka (Shay Eyre) overdoses, attracting the attention of child services, Lena packs them both up and flees to her hometown in rural Ontario. There, reunited with her estranged mother Minnie (Jennifer Podemski, who also co-produced the Film), she is forced to face a past she has desperately tried to ignore.

See the official new Poster below: 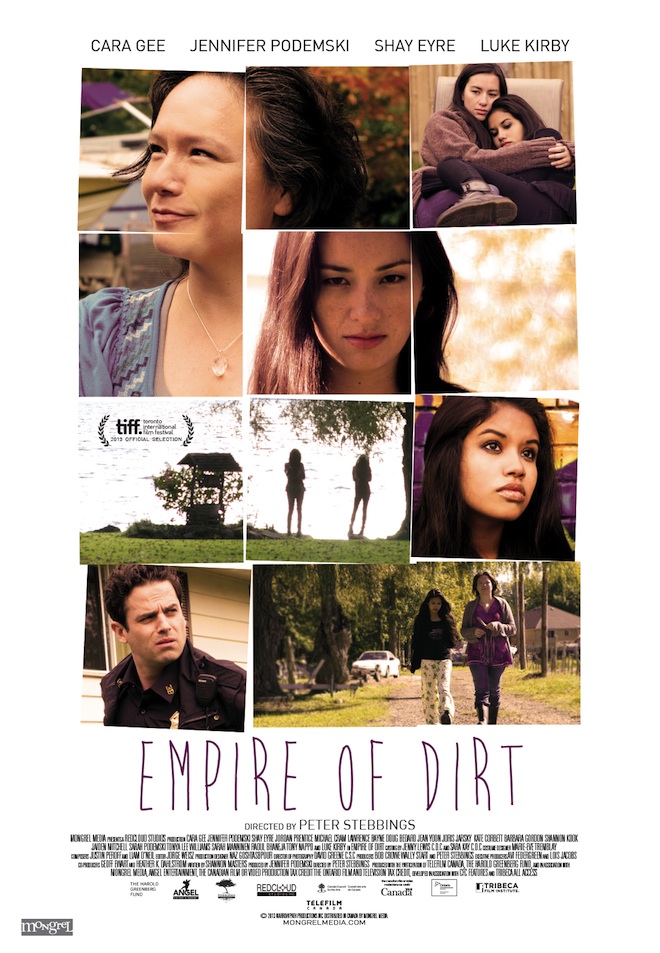 Mongrel Media releases Empire of Dirt on November 22, 2013 in Canada. Those hoping to see it at TIFF, have two chances: