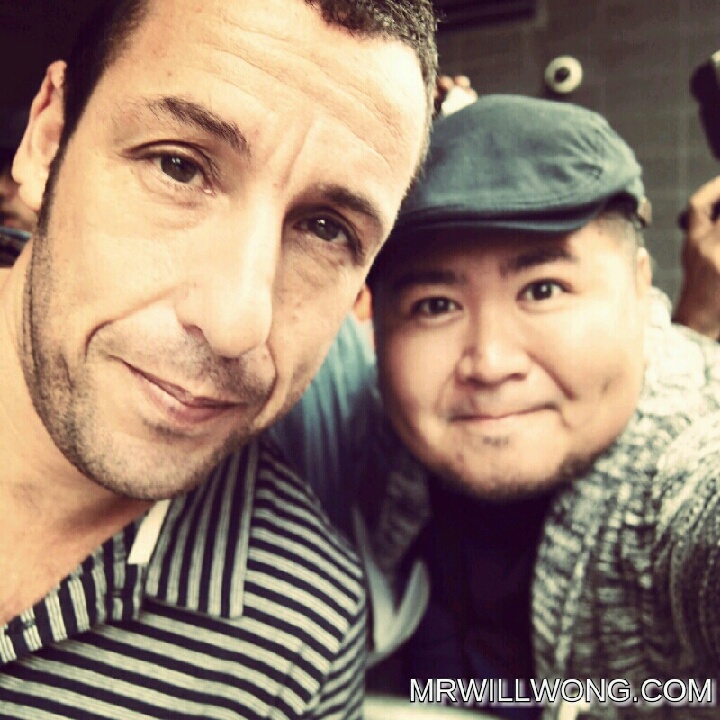 No other Film at TIFF 2012 was able to string together a Cast more game  to promote than Hotel Transylvania. The Animated Feature saw a Powerhouse Cast of Funnymen and Funnywomen arriving in Toronto for its TIFF 2012 Premiere, including Adam Sandler, Andy Samberg, Fran Drescher, David Spade, Molly Shannon, Kevin James and also Selena Gomez.  The Film opens September 28, 2012 via Sony Pictures.

Earlier this morning at its Press Conference, the Cast of Hotel Transylvania showed nothing but true hospitality to Fans, coming over to take plenty of Photos and sign Autographs.  After years of admiring his work, I had the ultimate pleasure of snapping a Photo with Sandler, whom I’ve loved since his Saturday Night Live days.

Click here to cancel reply.
#TIFF12: DANE DEHAAN AT AFTERPARTY FOR “THE PLACE BEYOND THE PINES”
#TIFF12: KEVIN JAMES AT PRESS CONFERENCE FOR “HOTEL TRANSYLVANIA”